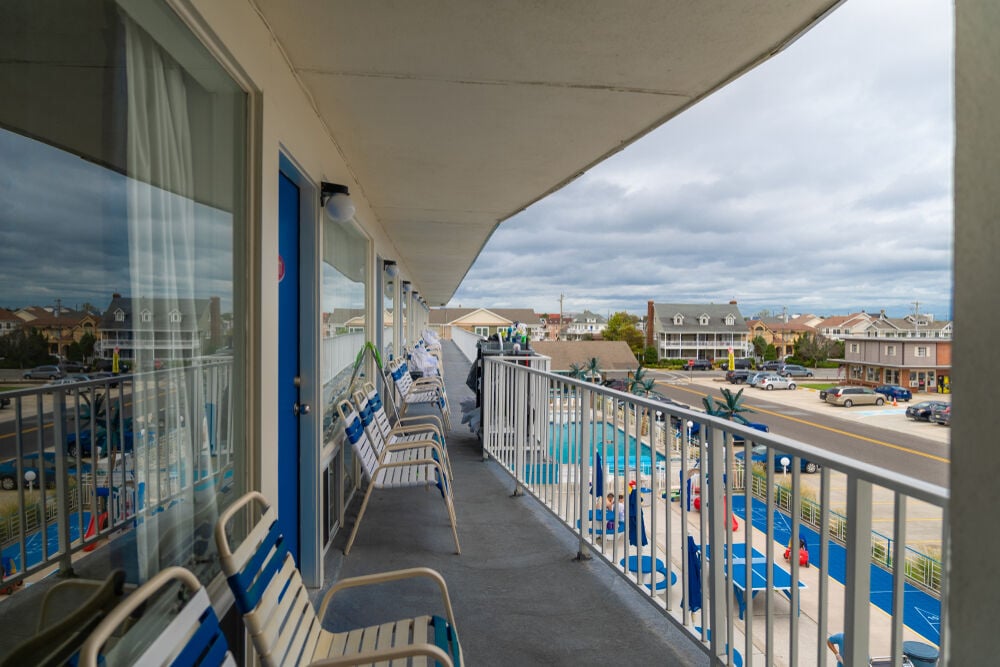 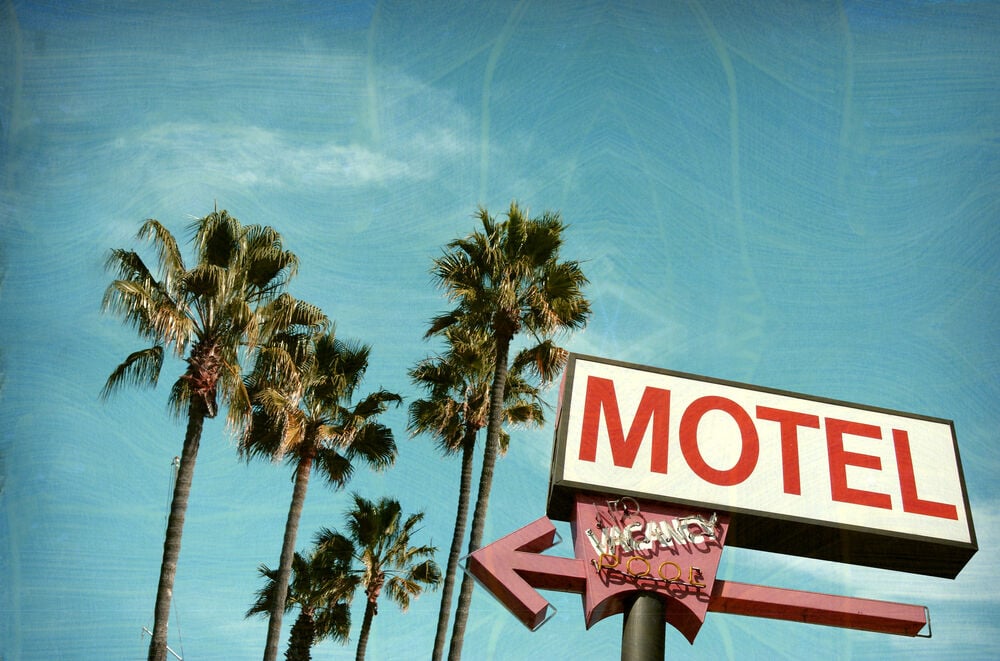 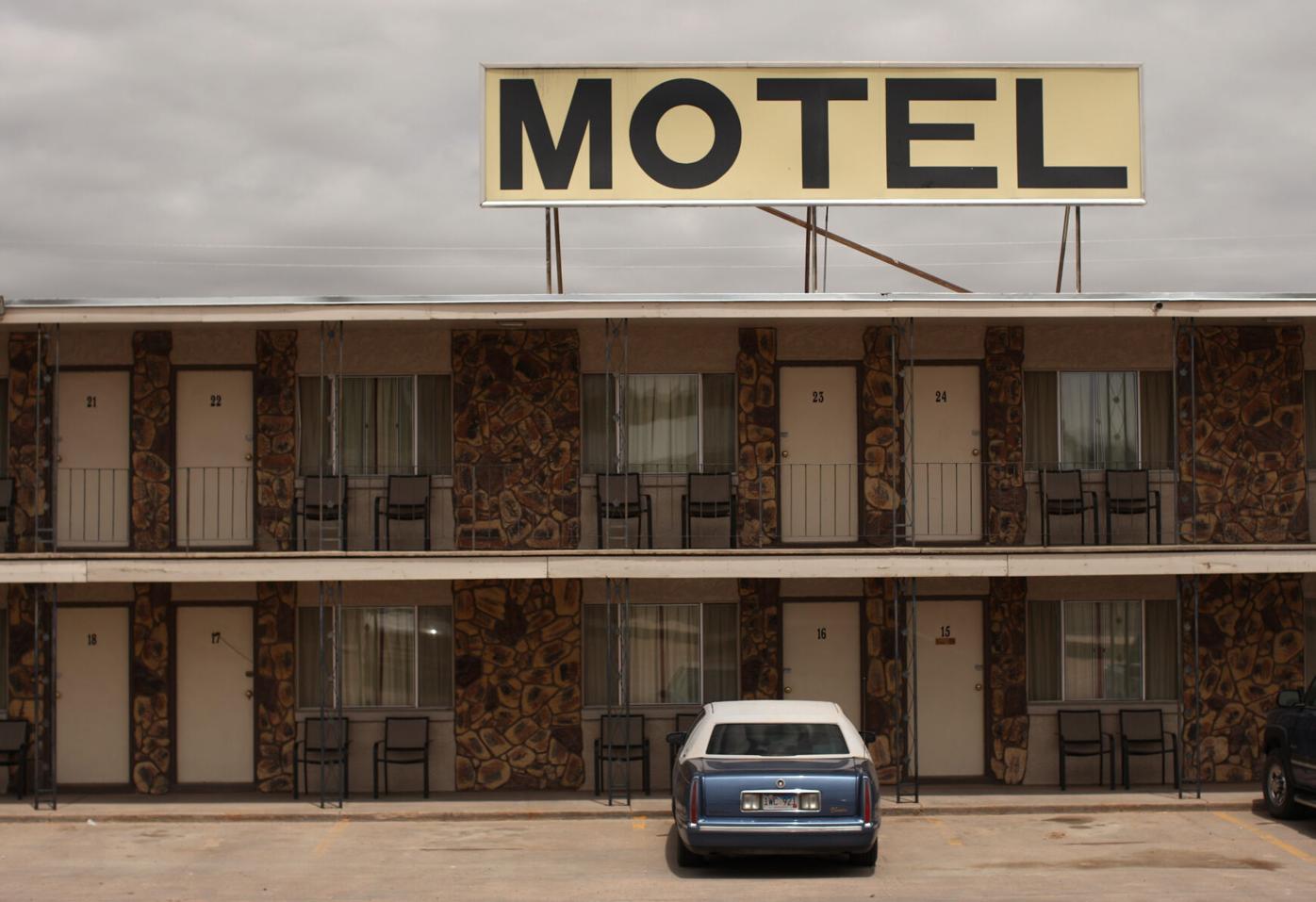 “In outdoor corridors, people feel safe,” said Mike Riverside of the Asian American Hotel Owners Association. “People can go directly to their rooms” and potentially reduce exposure to the coronavirus.

Outdoor-facing, low-rise motels and hotels also stand to benefit from being typically reached by car, unlike big resorts and urban hotels that rely on air travel to deliver most guests. With many still apprehensive about flying, drive-to destinations are widely expected to be the first beneficiaries of the gradual return of pleasure jaunts away from home.

“There is pent-up demand for leisure travel and nobody is too excited to share an elevator,” said Patrick Scholes, an analyst who follows the lodging and leisure industries for investment bank SunTrust Robinson Humphrey. “For the moment, it definitely does give you an advantage” to have outdoor corridors in your hotel.

Inns where every guest’s front door opens to the elements loom large in the collective memories of Americans, but they are for the most part relics of the 20th century car culture that gave middle-class people the chance to explore their country. At the beginning of auto travel, overnight options were mostly limited to proper city-style hotels or camping near the side of the road.

Soon bare-bones “cabin camps” made up of individual shacks sprang up around rural gas stations. Many were so primitive that mattresses and sheets cost extra.

By the 1930s, according to Smithsonian Magazine, a classier alternative emerged known as cottage courts, made up of tiny cookie-cutter cottages built around a public lawn. Gas stations and restaurants began to appear nearby, and the freedom of the road gained a romantic allure.

The golden era came in the years after World War II when the country was prosperous and President Dwight Eisenhower’s interstate highway system had yet to be completed. Motel, a portmanteau of “motor” and “hotel,” became the common term for the inns appearing along Route 66 and other undulating roads that passed through the centers of town after town.

By the 1960s, interstate highways became the preferred venue for car travel, and the motel boom winked out. Open-corridor hotels and motels came to be viewed by guests as less safe than competitors with lobbies and indoor halls.

“Non-guests could also drive their cars right up to the rooms,” Scholes said.

“The exterior-corridor motel has been the stepchild of the hotel business,” he said. “You can’t buy them or sell them.”

Open-corridor properties are no longer being built and existing ones are not being replaced, said another hotel consultant, Stanley Turkel.

But with the coronavirus laying waste to the hospitality industry because most business and leisure travel is on hold, such inns are getting second looks.

“It’s still too early to tell, but there are some signs that the exterior-corridor properties are doing a little bit better,” said Los Angeles hotelier Brian Ahir, president of Haley Hospitality Enterprises and owner of 10 indoor and outdoor hotels between San Diego and California’s central coast.

When the state locked down for the pandemic in the spring, occupancy dropped in his properties from nearly 80% to about 50%, he said, with travel-dependent properties in Solvang and San Luis Obispo taking the biggest hits.

His outdoor-corridor properties, including a 102-room motel in Lancaster, are doing better, perhaps because they serve as short-term housing for many guests on a budget.

He may upgrade his outdoor properties to make them more appealing to affluent travelers who want to observe social distancing safety measures. “There’s a possibility going forward.”

One idea might be to rethink the traditional motel room layout, where “the only natural light came in off the parking lot,” said hotel architect Michael Strohmer, a principal at HKS.

“What if a developer was looking to reinvent the roadside hotel,” he said, by putting the bathroom in front, as it is found in most indoor hotel rooms because it’s next to the windowless hall.

“You could bring the bathroom forward and put views and natural light on the bed side,” he said. The fronts of open-corridor rooms typically have small windows because the door and air conditioning units take up space.

Build on that with upmarket finishes such as plank floors, decorative tiles and plush fixtures in the bathrooms, Strohmer suggested, and give guests the sense that the hotel has a “happening” swimming pool and bar.

“It’s Instagrammable,” he said. “Get your product into social media.”

Such investment would require reversal of existing industry norms, but Strohmer says travelers’ tastes have shifted with the pandemic in ways that could last a long time.

“People may be reluctant to get packed into airports and planes,” he said. “You’re starting to see the value of road travel again and the nostalgia of a simpler life in the past. Going back to Route 66 and driving to Arizona as a family vacation rather than flying to Hawaii might be more interesting to some people.”

"You're starting to see the value of road travel again and the nostalgia of a simpler life in the past. Going back to Route 66 and driving to Arizona as a family vacation rather than flying to Hawaii might be more interesting to some people."—  hotel architect Michael Strohmer