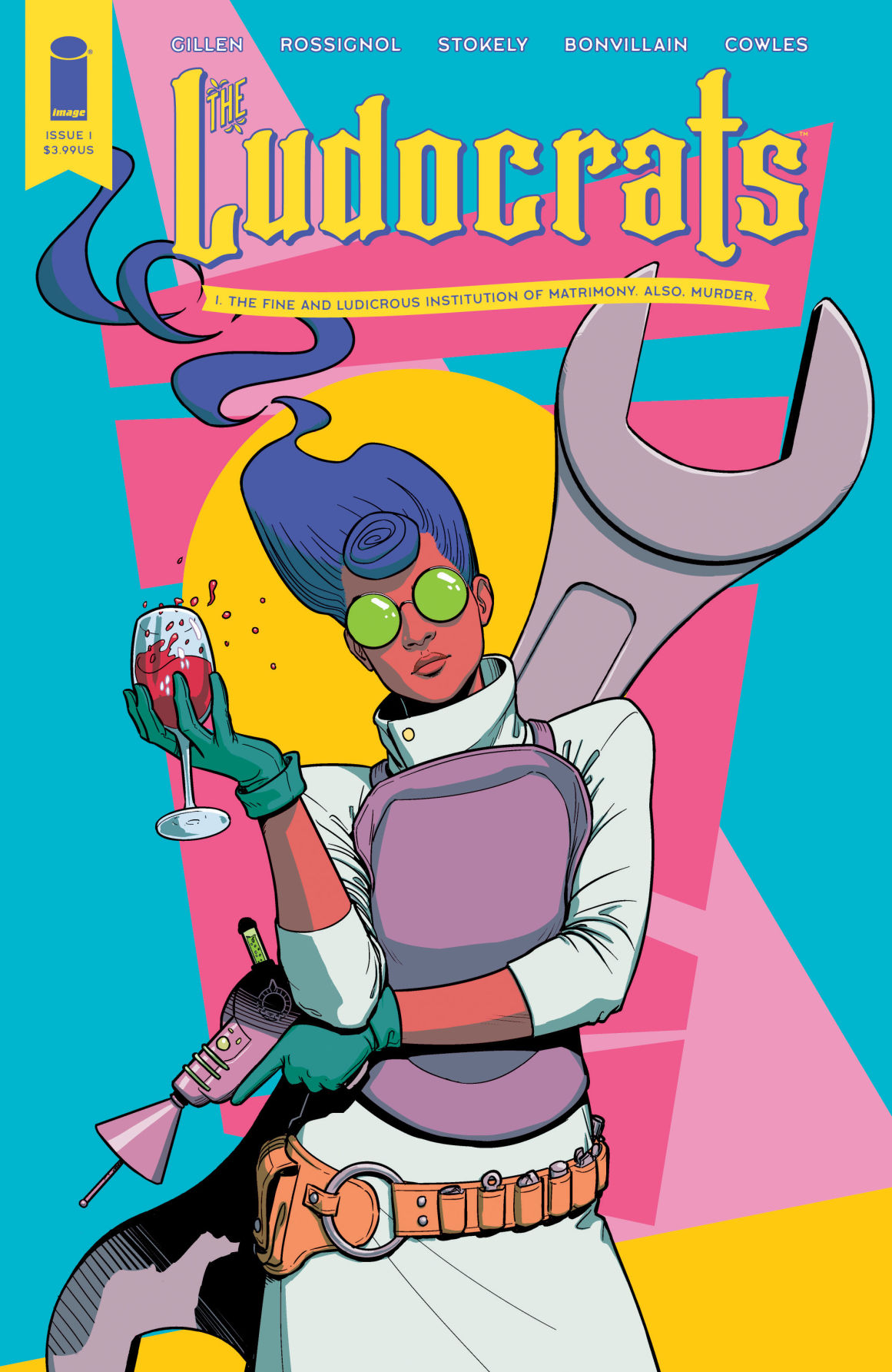 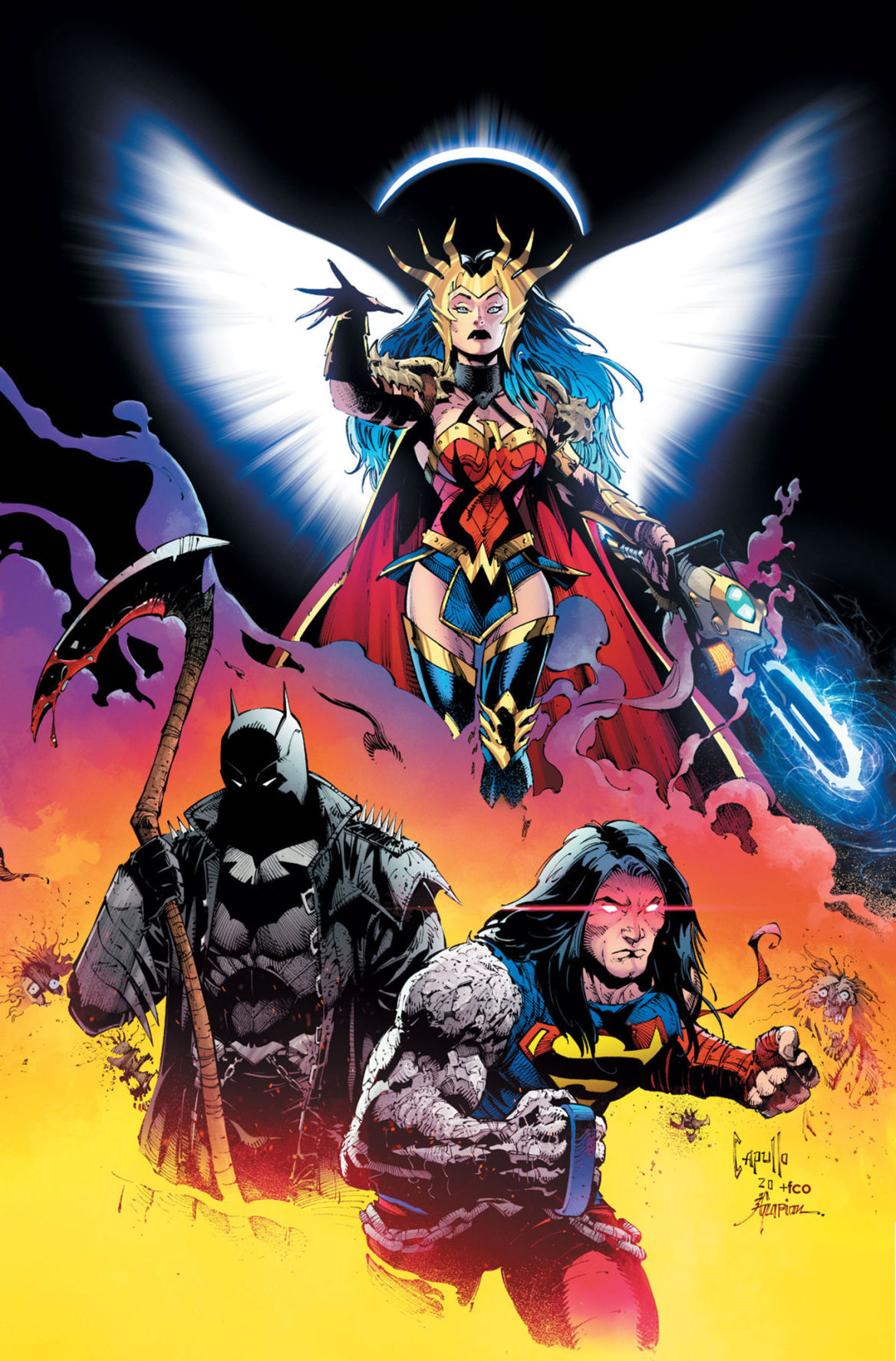 Some changes may be in store for DC’s Big Three in “Dark Nights: Heavy Metal” #1. 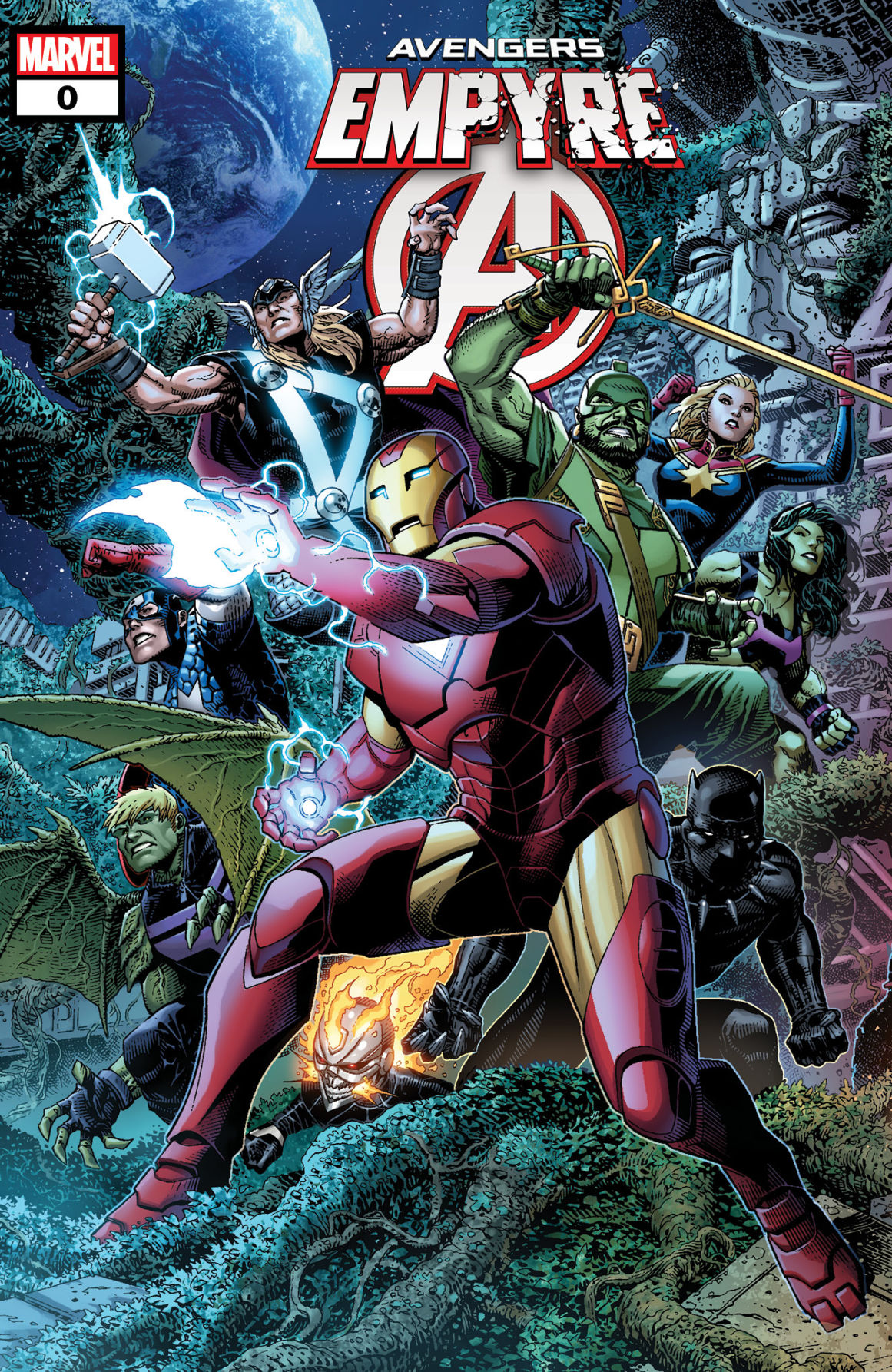 "Empyre: Avengers" #0 launches a huge summer event at Marvel Comics, featuring an invasion by the Kree and Skrull empires.

Some changes may be in store for DC’s Big Three in “Dark Nights: Heavy Metal” #1.

"Empyre: Avengers" #0 launches a huge summer event at Marvel Comics, featuring an invasion by the Kree and Skrull empires.

New comic books are back in the pipeline to comic shops, after the pandemic halted distribution back in March. Here’s the A-list:

“2020 Ironheart” #1 (of 2, Marvel Comics, May 20, $3.99, digital only): Ironheart is Riri Williams, a teenage genius who built her own Iron Man armor and took Tony Stark’s place when he was thought dead. One suspects that this character will eventually show up in Marvel movies, where (Spoiler) Tony Stark actually is dead. Here’s a chance to learn who she is, if you don’t know already.

“Adventureman” #1 (Image, June 10, $3.99): This new series features a single mom and her kid who were fans of pulp hero Adventureman — who disappeared in the ’30s, but gets resurrected somehow in Mom. That’s a weird premise that on its own is pretty interesting, but what drags it over the finish line is the all-star creative team of writer Matt Fraction (“Invincible Iron Man,” “Immortal Iron Fist,” “Sex Criminals”) and artists Terry and Rachel Dodson (“Harley Quinn,” “Wonder Woman,” “Uncanny X-Men”).

“Dark Nights: Death Metal” #1 (of 6, June 16, $4.99): A little while back, the former “Batman” team of writer Scott Snyder and artist Greg Capullo created the miniseries “Dark Nights: Metal,” which established a negative, evil multiverse that mirrored the one we know. The Dark Multiverse, ruled by a demon named Barbatos, is where all the stories with bad endings take place. As a result, it’s populated by Jokerized Batmen, fascist Supermen, and bajillions of Earths that look like our worst nightmares.

“DCeased: Unkillables” #3 (of 3, DC Comics, May 19, $4.99): This series, like its predecessor “DCeased,” takes place on a parallel world where Darkseid’s Anti-Life Equation has turned most people (and most superheroes) into “28 Days Later”-style zombies. The superheroes, those that aren’t dead or undead, have left the planet with spaceships full of survivors, leaving only a smattering of villains behind, led by Red Hood and Deathstroke. These survivors face a world of crazed zombies, including an undead, virtually unstoppable Wonder Woman.

“Empyre: Avengers” #0 (Marvel, June 24, $4.99): This book launches Marvel’s 2020 summer event, a war with Earth and its superheroes on one side, and the Kree and the Skrulls on the other. There are going to be a lot of books in the coming books with “Empyre” in the title, so readers may not want all of them, or may wait for trade paperbacks that will do the sorting for them. But this is the first, to be followed on July 8 with “Empyre: Fantastic Four” #0.

“The Joker: 80 Years of the Clown Prince of Crime” #1 (DC, June 2, $29.99): This hardback book shouldn’t be confused with the anniversary comic book mentioned above, which has all-new stories. This book is a collection of reprints from The Joker’s 80-year history, from his first appearance in “Batman” #1 (1940) to the present. It promises to be a graduate-level class in Joker history.

“Morbius the Living Vampire Omnibus” Volume 1 (Marvel, June 24, $100): This monster is a bit pricey, but the collection contains the first few years of Michael Morbius, from “Amazing Spider-Man” to “Giant-Size Werewolf” to “Savage She-Hulk.” That will be useful for cocktail party conversation when the Sony movie comes out, whenever it does.

“Paul Is Dead” graphic novel (Image, June 3, $16.99): Readers who are old enough may remember the 1968 rumor that Paul McCartney was dead, and that a lookalike had taken his place. Conspiracy-minded Beatles fans scoured public appearances, album covers and the tunes looking for proof, despite how ridiculous it was. Writer Paolo Baron and illustrator Ernesto Carbonetti write this graphic novel as if it was true.

“Ludocrats” #1 (of 5, Image Comics, May 20, $3.99): Ludicrous aristocrats Baron Otto von Subteran and Professor Hades Zero-K take us on an adventure in a bizarre fantasy world, created by Kieron Gillen (“The Wicked + The Divine”). We could always use another dose of weird.

“Stargirl by Geoff Johns” Volume 1 (DC, May 19, $34.99): You may want to know about Courtney Whitmore, a.k.a. Stargirl, when she debuts on DC Universe (on May 18) and The CW (May 19). This trade paperback collects her first 18 or so stories, written by her creator, Geoff Johns. And, honestly, they’re really quite charming.

“Star Wars: Doctor Aphra” #1 (Marvel, May 27, $4.99): A fan-favorite character from Marvel’s “Darth Vader” title, this unpredictable rogue is a criminal archaeologist with esoteric knowledge of droids, weapons and Jedi artifacts. This series, her second, takes place after the Battle of Hoth.

“Wonder Woman: Tempest Tossed” graphic novel (DC, June 2, $16.99): This YA original GN takes place on Princess Diana’s 16th birthday, where she is swept away by a storm with some refugees, becoming a refugee herself. That’s a heckuva way to first experience Man’s World! “Tempest” is blessed with an all-star creative team, writer Laurie Halse Anderson (“Speak”) and artist Leila del Duca (“Shutter”).

“You Brought Me the Ocean” graphic novel (DC, June 9, $16.99): Two famed LGBTQ+ creators, Alex Sanchez of “Rainbow Boys” and Julia Maroh of “Blue is the Warmest Color,” craft a YA graphic novel with superheroes. It stars the black, gay Aqualad from the “Young Justice” animated series, in what is described as a “coming-out romance.”

There’s a lot more coming, including a new Snowpiercer graphic novel in August.