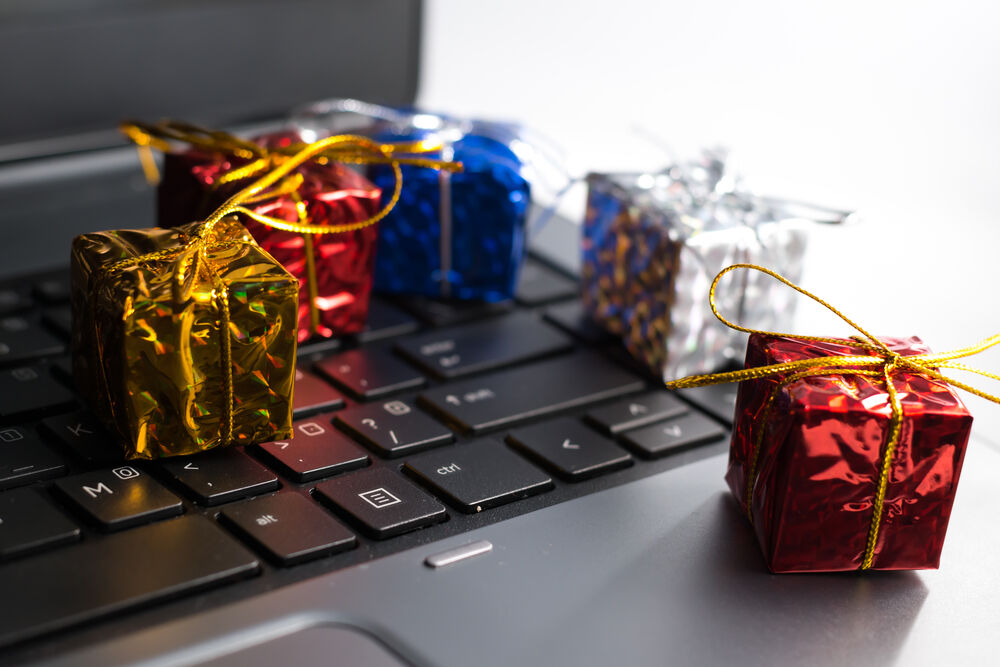 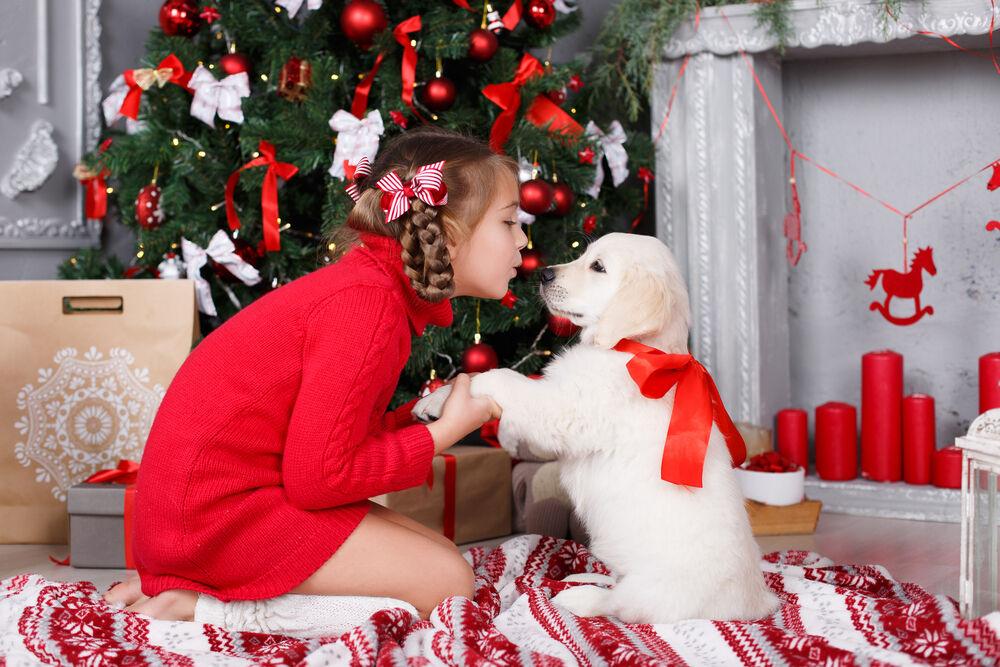 Puppies are among the most sought after gifts this season and scammers know it. 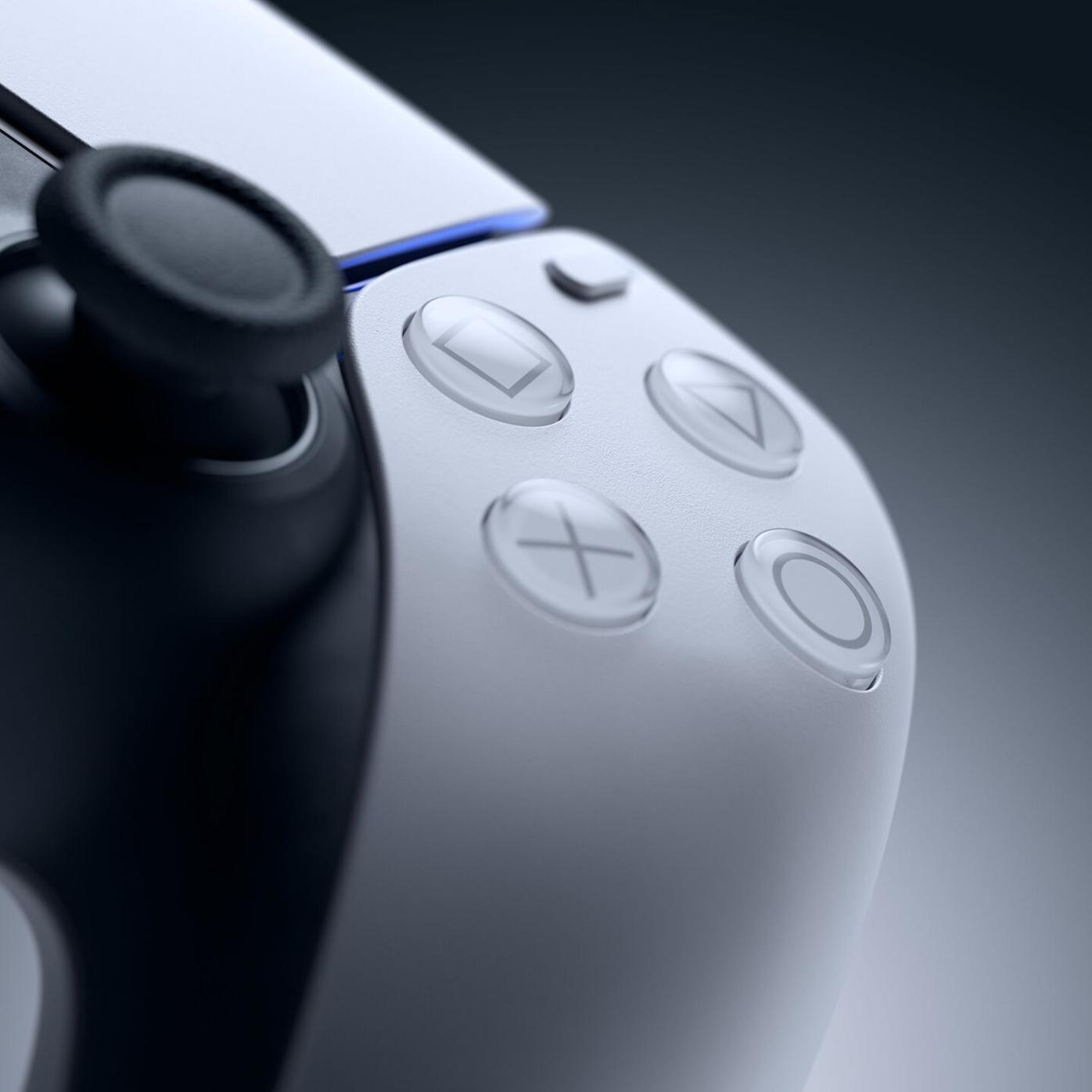 A close-up image of the DualSense Wireless Controller for the PlayStation 5. There has been an uptick in suspicious offers and websites promising deals on the latest PlayStation 5, which retails for about $500. Some scams even involve supposed bargains on the older PS4. 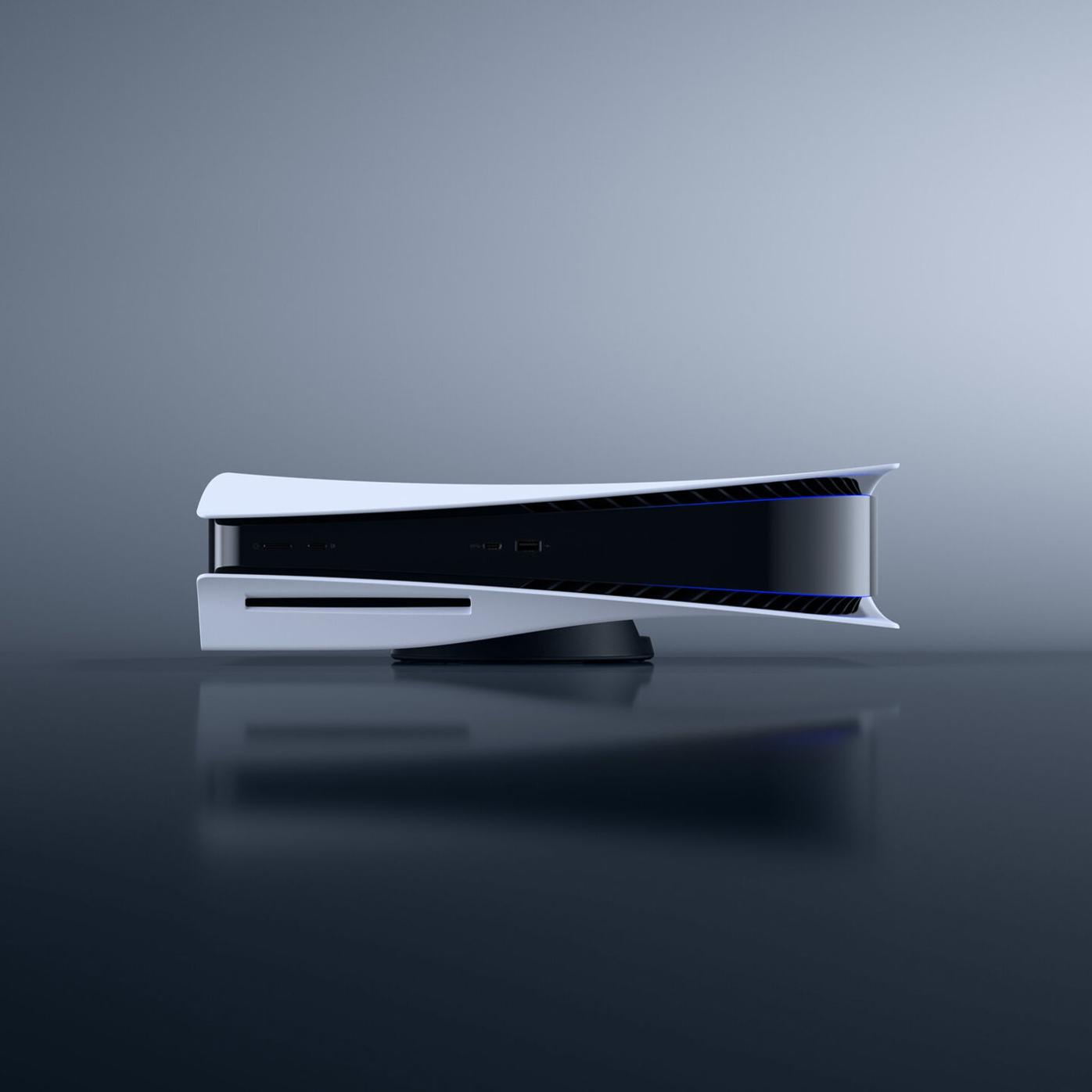 There has been an uptick in suspicious offers and websites promising deals on the latest PlayStation 5. 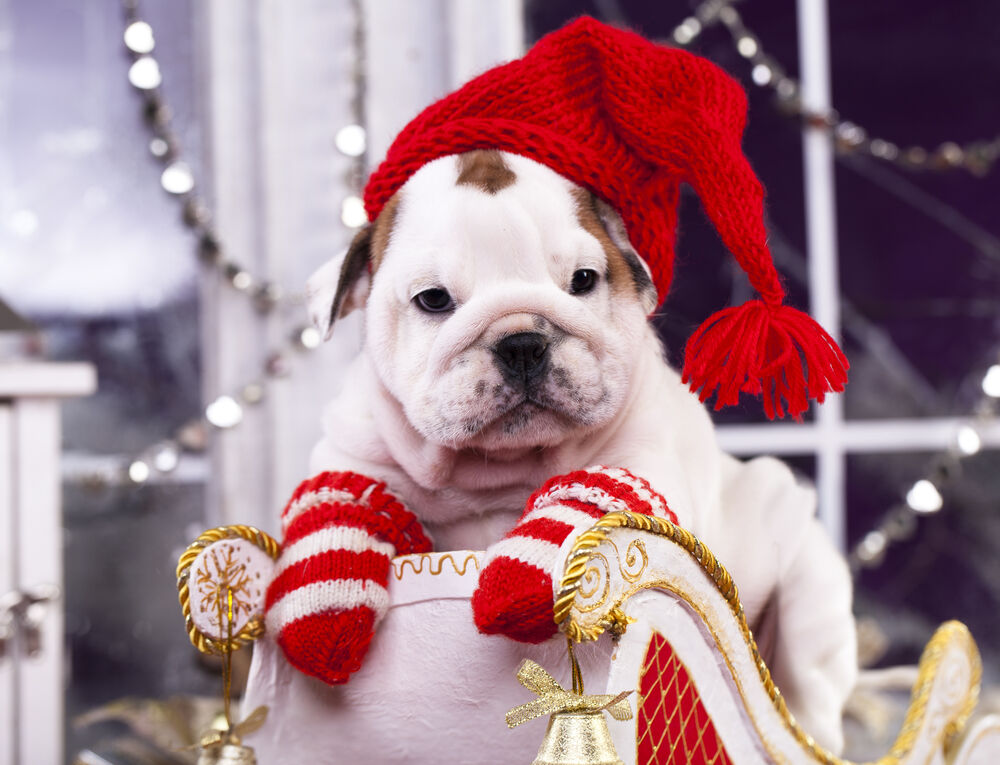 Puppy scams bounced up in popularity during the pandemic, as people stayed home and wanted company. Some are using COVID-19 as an excuse to charge more for shipping. 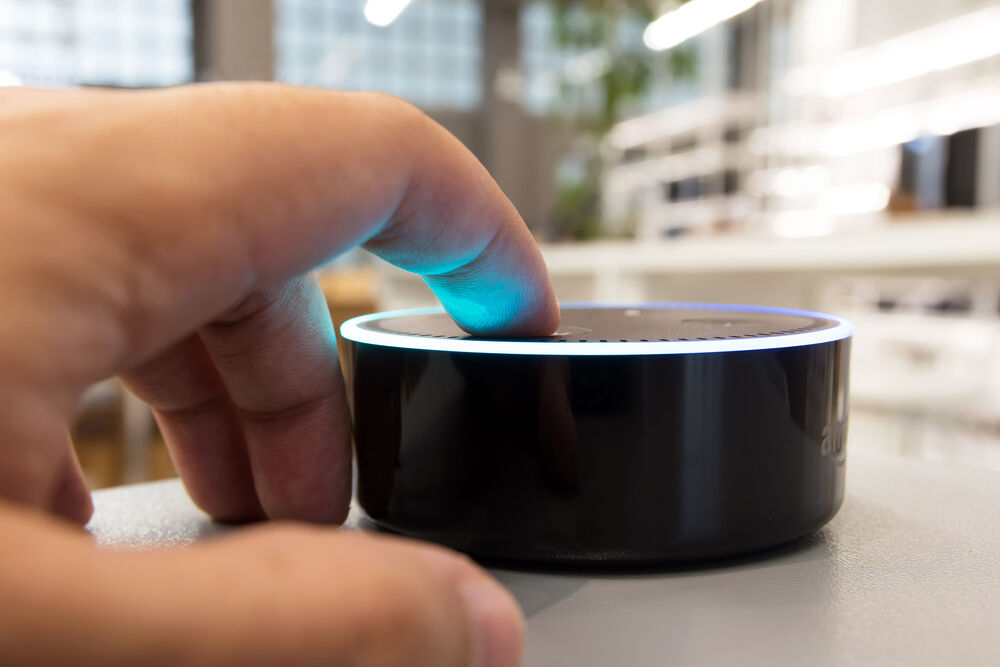 The Better Business Bureau warns consumers to never use a home’s smart device — such as Alexa, Siri or Google Home — to find a customer support number for any company and have the system dial it for you.

There has been an uptick in suspicious offers and websites promising deals on the latest PlayStation 5.

Instead of standing in line to snag deals on Black Friday, many consumers will be hitting their laptops and iPhones to spend $10.3 billion online, up 39% from a year ago, according to forecasts from Adobe Analytics.

And on the Monday after Thanksgiving Weekend, dubbed Cyber Monday, sales online could surge to $12.7 billion.

Overall, online holiday spending is expected to hit $189 billion from Nov. 1 through Dec. 31, up a projected 33%, according to Adobe, which estimates that two holiday seasons of growth could happen in one.

Millions of dollars, though, could be lost along the way as scammers gear up for what could be their best holiday season yet.

What’s troubling is that these scams might not be simple to spot, as fraudsters increasingly figure out ways to target potential victims, copy enough logos and images to look legitimate and use social media to tempt shoppers.

Already consumer watchdogs are hearing from consumers who spotted an ad on social media for what looks like a great gift but doesn’t measure up to expectations.

Amy Nofziger, director of victim support for the AARP Fraud Watch Network, said one consumer complained in the fall about spotting a collectible doll on Facebook that was reportedly advertised as 23 inches tall.

“And when he got it, it was a 7-inch piece of junk,” Nofziger said.

In some cases, she said consumers are complaining that they’re facing difficulty getting credit card companies to allow them to dispute the charges because the consumer did receive an item, even if it’s far short of what was expected.

Sophisticated algorithms drive specific types of ads to your Facebook or Instagram accounts. But some of those offers are being made by less than reputable vendors. The best bet is to not click on those ads or any links in an email. Instead, go to the website directly. And research the name of the company, along with terms like, complaints or reviews.

The pandemic is likely to change the way people shop this holiday season and the shift could give cyber crooks an edge. Only 21% of consumers said they plan on shopping in-person for Black Friday events and deals, according to TransUnion’s 2020 Consumer Holiday Shopping Report.

About 76% of consumers — or three in four consumers — plan on conducting more than half of their holiday shopping online this year. That’s up from 57% last year, according to the TransUnion survey.

Naturally, many people are worried about being victimized by fraud. Some typically shop in stores but may end up going online this holiday rather than practice physical distancing during the pandemic. Really old scams might look OK to someone who never shopped online in the past. Here’s what to watch out for this 2020 shopping season:

We’re seeing an uptick in suspicious offers and websites promising deals on the latest PlayStation 5, which retails for about $500. Some scams even involve supposed bargains on the older PS4.

Last month, a consumer spotted a deal on OfferUp, an online marketplace, for a PS4 for $115 plus $45 for shipping. The consumer paid the separate transactions via CashApp, according to AARP’s Nofziger said, but the gaming systems never arrived and the potential buyer no longer was able to get a hold of the seller.

Her tip: Never pay with a prepaid gift card, CashApp or Venmo or wire someone money when you’re trying to buy a gift online. Use your credit card, not a debit card, for better consumer protections.

She notes that companies like CashApp and Venmo are peer-to-peer payment systems, meaning you’re able to transfer money from friend to friend, family member to family member, not stranger to stranger.

Puppy scams bounced up in popularity during the pandemic, as people stayed home and wanted company. Going into the holiday season, scammers are once again going to the dogs — or cats.

Recently, a consumer complained that she sent $6,000 via CashApp for two incredibly cute kittens, which never showed up, AARP’s Nofziger said. On top of it, the consumer lost another $250 for shipping.

Scammers are using COVID-19 as an excuse to charge more for shipping, she said, claiming airlines have higher fees to deal with transporting animals during the pandemic.

The online website can look like the real deal, but cyber criminals are engineering “identical and perfect brand forgery sites,” according to Dave Baggett, CEO of INKY, an antiphishing vendor based in Maryland.

Going to such bad sites could end up with malicious software downloaded onto your computer.

Take time to look for odd clues that can suggest a phony site. Having an “https://” in URL isn’t a guarantee of a legitimate site. Consumers need to be suspicious of unusually long domain names.

Some scams start off on Facebook by offering a special coupon, bonus bucks or gift card for a popular retailer. Consumers should treat too-good-to-be-true prizes or deals as a huge red flag.

Scammers are sending out some pretty official looking emails that claim to be an order confirmation from Amazon but sometimes its for an item that you didn’t buy.

Amazon suggests that you first go to your orders to check out what you’ve bought and “see if there is an order that matches the details in the correspondence.”

You want to be wary of something that looks like it could be sent to a wide group of people, such as an email that begins with “Hello Amazon Customer.”

“We observed a significant increase in phishing emails and look-alike domains for Amazon, Best Buy, Costco, Ebay, PayPal, and Walmart,” Baggett said in a statement.

During the COVID-19 crisis, many people are getting more deliveries of all sorts. And criminals started to spoof food delivery services like DoorDash, Grubhub, and Uber Eats.

Holiday shoppers can be thrown for a loop by tricky return policies that can be buried in the fine print. Will you be able to receive a full refund for gifts bought online? Or will you be hit by high-priced restocking fees if you need to send something back?

Some items cannot be returned, so it’s important that you read the fine print before you buy, according to a Better Business Bureau alert.

Also pay careful attention to any promises relating to when an item can be delivered. Are you placing an order that won’t be shipped in time for the holidays? Have people complained online in the past about slow deliveries?

Do not use the same password over and over again — you want to create unique passwords for credit card accounts, PayPal accounts and other financial connections, according to Bill Hardekopf, CEO of LowCards.com.

Report any fraudulent or questionable charges as soon as you notice them. It’s also a good idea to set up email or text alerts with your credit card company. If scammers are using your card, Hardekopf said, you’d be alerted quickly to odd purchases that you can report to your issuer.

The BBB notes: Install the latest updates and run virus scans regularly on your computer, tablet and smart phone.

Do not simply search the Internet to find a phone number for customer service. Scammers are able to post fake customer-support phone numbers online for a variety of big companies, including Amazon, and consumers have been duped.

The Better Business Bureau warned last year that you should never use your home’s smart device — such as Alexa, Siri or Google Home — to find a customer support number for any company, including an airline, and have the system dial it for you.

“Scammers create fake customer service numbers and bump them to the top of search results, often by paying for ads,” the BBB warned.

About 76% of consumers — or three in four consumers — plan on conducting more than half of their holiday shopping online this year. That's up from 57% last year, according to TransUnion's 2020 Consumer Holiday Shopping Report

"We observed a significant increase in phishing emails and look-alike domains for Amazon, Best Buy, Costco, Ebay, PayPal, and Walmart." — Dave Baggett, CEO of INKY, an antiphishing vendor based in Maryland.