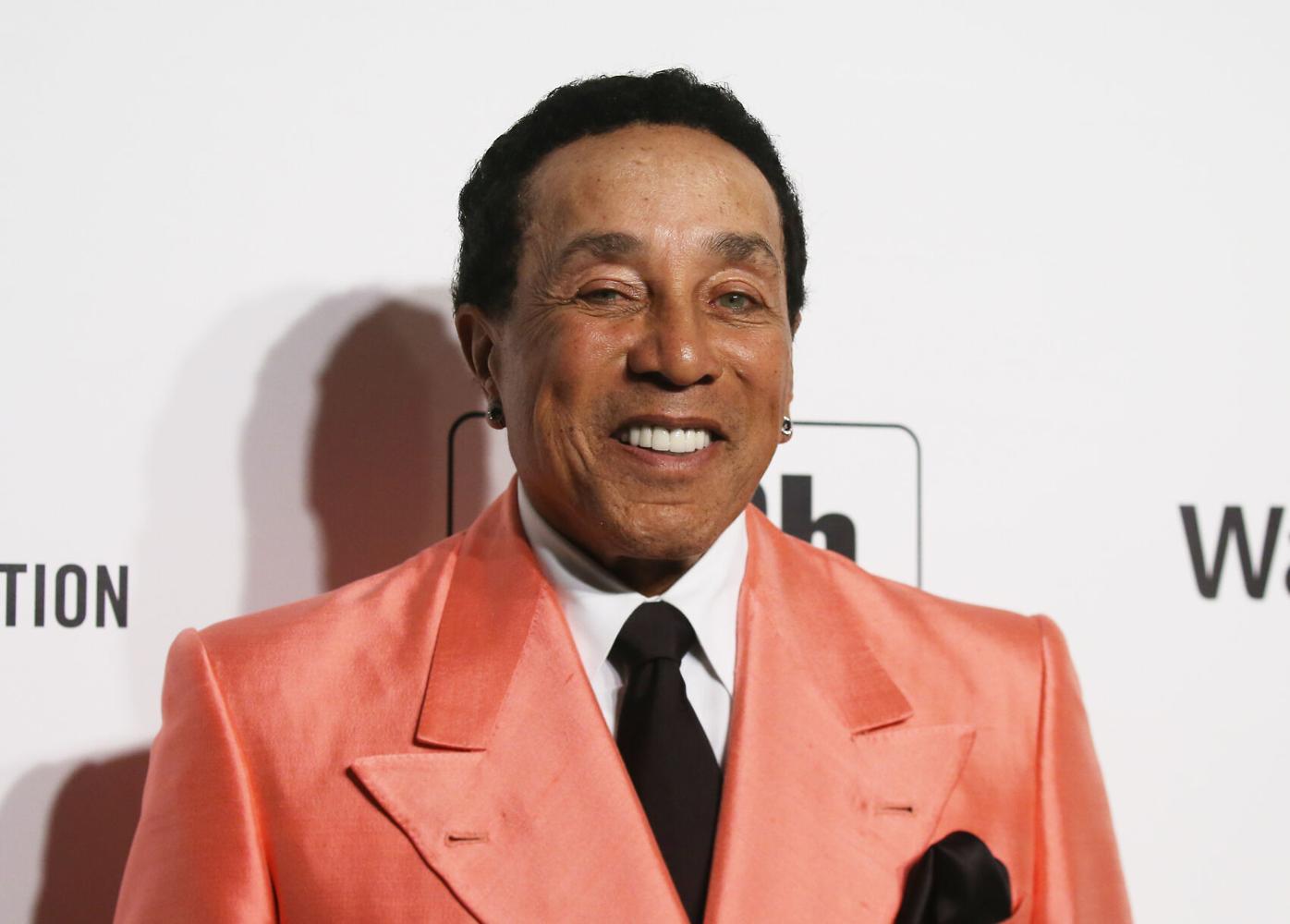 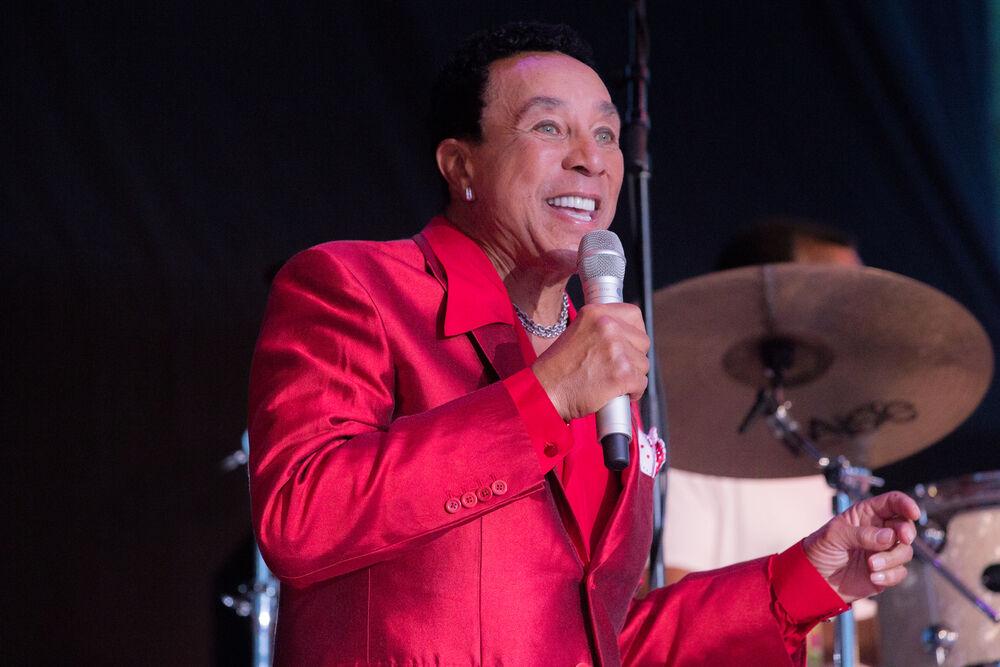 Smokey Robinson performs at the Kate Wolf Music Festival in Laytonville, California in 2015. The singer has a new audio memoir, “Grateful and Blessed,” on Audible.

Smokey Robinson performs at the Kate Wolf Music Festival in Laytonville, California in 2015. The singer has a new audio memoir, “Grateful and Blessed,” on Audible.

LOS ANGELES — When Smokey Robinson followed Motown Records founder Berry Gordy Jr. to Los Angeles from their native Detroit in the early 1970s, the singer and songwriter, as responsible as any for that label’s indelible sound, cast a wide net in searching for his first home here.

“The broker took me to all the Hills — Beverly, Woodland, Hidden, Hollywood,” Robinson, 80, recalled with a laugh.

After spending his first few months in a hotel on Wilshire Boulevard, Robinson finally settled on a place in Beverly Hills for him, his first wife (and former Miracles bandmate), Claudette Rogers, and their two small children.

“And the reason I bought that house was because it was the only tour that I went on where I saw kids playing outside,” he said. “Young kids like my kids, playing with each other in front of their homes. I didn’t see that anywhere else. So I said, ‘This is it.’”

Robinson viewed the neighborly vibe as a kind of movin’-on-up version of his own childhood as he recounts it in “Grateful and Blessed,” an audio memoir from Audible. Part of the company’s “Words + Music” series that includes previous editions from James Taylor and St. Vincent, the 100-minute program traces Robinson’s journey from growing up in Detroit — where he lived a few blocks from Diana Ross and took part in talent contests on his friend Aretha Franklin’s back porch — to attaining worldwide pop stardom and being inducted into the Rock & Roll Hall of Fame in 1987.

Along the way, he performs intimate new renditions of some of the signature hits he recorded with the Miracles or as a solo act or wrote for others in the Motown family, including “My Girl,” “Shop Around,” “The Tears of a Clown,” “The Way You Do the Things You Do” and “Cruisin.’” To listen to these songs now, of course, is to marvel at how deeply they’ve embedded themselves in the American lexicon — and how significantly they’ve shaped the very idea of what a love song should do. But hearing Robinson tell the story behind a heartbreaking melody (as in “Ooo Baby Baby”) or a vivid turn of phrase (“My smile is my makeup / I wear since my breakup with you,” from “The Tracks of My Tears”) also allows you to be surprised again by his genius. Robinson discussed the project from his home in L.A.

You initially resisted Motown’s relocation. Why?

I thought it was a bad move. Detroit was where we started, and at that time, Motown had become so powerful that they even called Detroit Motown. To move to Los Angeles, where there was a lot of hustle and bustle going on, would mean we were just one of many. Then Berry sat me down and said, “No, man — Los Angeles is the entertainment capital of the world. They’re making movies and doing TV specials. We’re still gonna be a record company, but we’ll have access to all that other stuff.” After we got out here, I understood what he was talking about. But I did protest it.

You talk in the memoir about your enduring belief in Berry’s vision.

We’ve had our debates and our discussions, but we always have had them like buddies — like brothers. We ain’t never been on the outs.

Looking back, the label was clearly a model for Black-owned creative businesses in America. Did you all have a sense at the beginning that you were blazing a trail?

I wasn’t thinking about that. Here I am, a young guy, 17 or 18 years old, whose love, whose dream — whose impossible dream — is to be in the music world, writing my songs, singing, making records and all that. So that’s what I was thinking about. It only came later that it was obvious we were changing things.

Did Motown retain the idealism it was formed with?

Absolutely. That was the beauty of Motown. Berry started it because of the fact that nobody was paying him, so he wanted to start something where people got paid. And we got paid.

Did success happen the way you expected, or was it different?

Yes (laughs). It was like what I expected, but it was different too, because it took a long time for us to hone our craft as artists. Fortunately for us, Berry hired a choreographer and people to come teach us vocals and all that. At Motown, we did school called Artist Development. All the artists, no matter who you were or who you became, two days a week when you were in Detroit, you had to go to Artist Development.

Did you ever resent that grooming process?

Let me tell you something: I don’t resent anything about show business. The last time I was in Detroit, I took my entire group — I have 19 people who travel with me: lighting crew, sound crew, band, singers — I rented a bus and took them to where I grew up, so they could see the origins of it. It’s totally impoverished now — people living in one house and the next house is torn down and boarded up. It’s a mess. So when I got the chance to live something that I never dared to think would come true, I honored it.

You say in the memoir that Marvin Gaye’s “What’s Going On” is your favorite album of all time. Why is that?

It’s prophecy. When Marvin was writing it, he lived right around the corner from me. Marvin and I hung out almost every day of our lives, and we did everything — golf, basketball, chess. But I’d go to his house and just sit there while he was writing. He turned to me one day and said, “Smoke, God is writing this album.” I said, “Oh yeah, man, that’s cool.” He said, “No, man — I’m just sitting here, and I’m doing what God is directing.” I believed him. If you listen to “What’s Going On,” it’s more poignant today than it was when it came out. But back then it was a wake-up call for everybody.

Talk for a minute about your singing voice. Your vibrato is instantly recognizable.

Somebody called me the other day, asked if I wanted to be on “The Masked Singer.”

The mystery wouldn’t last long. How would you judge your voice?

Being realistic, I know I’m not the greatest singer. Aretha, Whitney, Luther Vandross — those are great singers. But I’m a feeler. I feel what I’m singing. That’s the key to me.