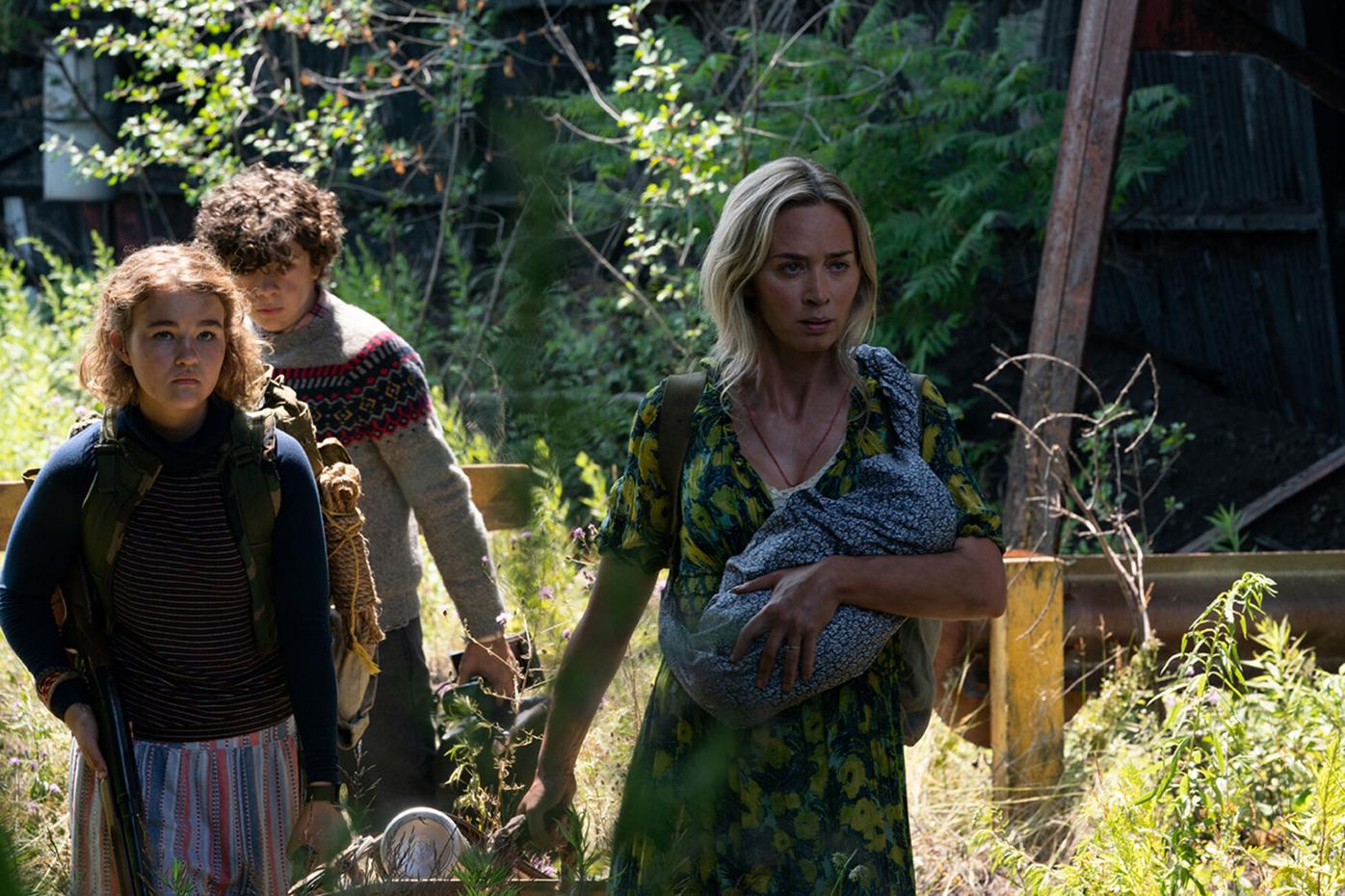 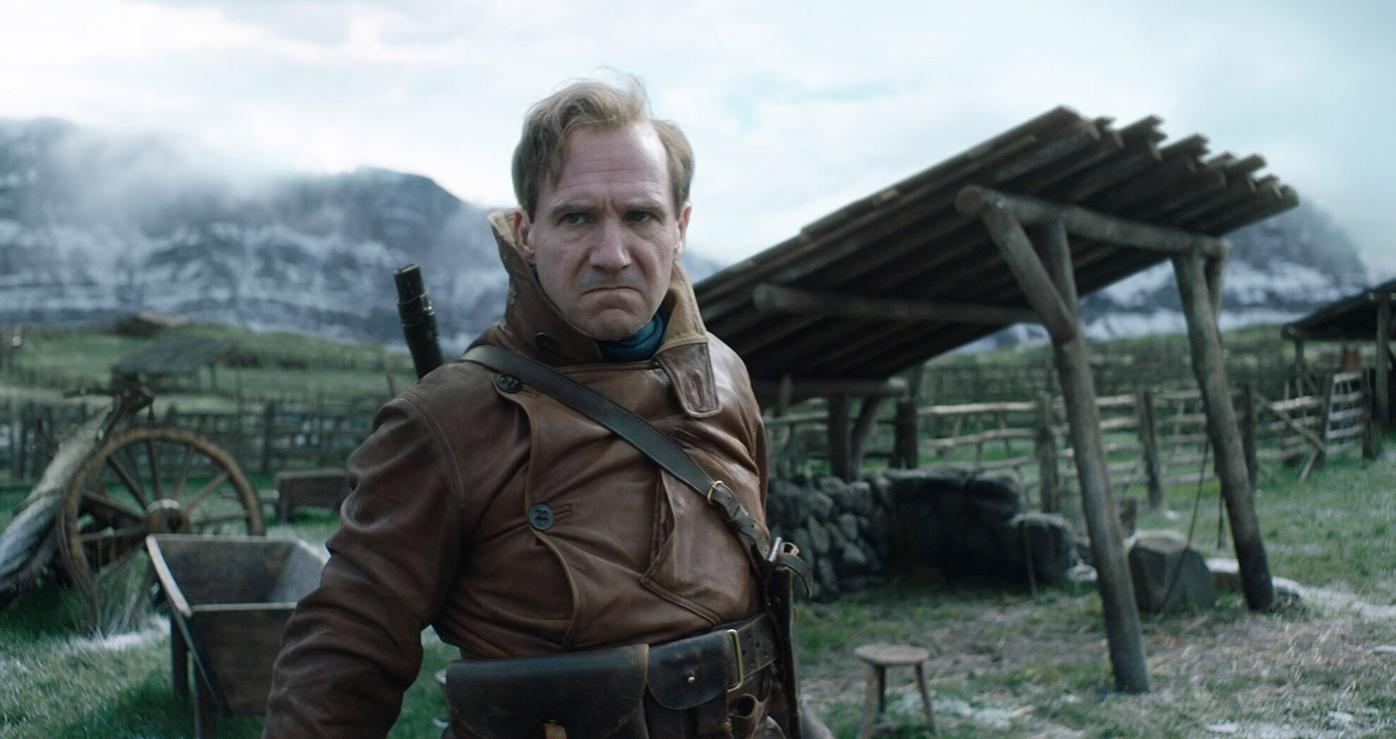 It’s time for the annual look ahead to the new year’s most exciting movies! With the understanding that premiere dates can change, let’s dive in:

Black Widow (May 7): Finally, finally, finally Scarlett Johansson gets the movie she’s deserved since Natasha Romanoff was introduced in “Iron Man 2.” It’s a particularly poignant film, given the character’s fate in “Avengers: Endgame,” but don’t count ScarJo out yet — she could return as a parallel-world version (like Tom Hiddleston’s Loki), or as a clone, or conjured up by the reality-warping Scarlet Witch, or a thousand other ways characters have returned from certain death in Marvel Comics. In the meantime, I expect Florence Pugh’s Yelena Belova to carry the Black Widow legacy forward.

Eternals (Nov. 5): Honestly, I always considered this group to be one of Jack Kirby’s lesser creations — sort of Inhumans Lite. But given the star-studded cast and ambitious story, my opinion might be about to change.

No Time to Die (April 2): Of course you’re going to see this movie, Daniel Craig’s fifth and final appearance as 007. Everybody is.

Shang-Chi and the Legend of the Ten Rings (July 9): A product of the goofy kung fu craze of the late ‘70s, Shang-Chi is nevertheless a terrific character that I have followed avidly. Initially he was the son of Fu Manchu, but Marvel has subsequently lost the rights to that character, so Shang-Chi is the son of … well, somebody else. We’ll know soon.

The Suicide Squad (Aug. 6): The first “Suicide Squad” fell just short of being a good movie. It sounds like Warner Bros. has figured out how to fix that. There was nothing wrong with Jai Courtney, Viola Davis, Joel Kinnaman or Margot Robbie, so they’ll be back. New to the franchise are a bunch of A-list actors — Pete Davidson, Idris Elba, Nathan Fillion, etc. — who are appearing as a bunch of D-list supervillains, including John Cena as probably insane superhero Peacemaker. James Gunn is directing, and if his “Guardians of the Galaxy” movies are anything to judge by, we’re in for a treat.

Untitled Spider-Man Sequel (Dec. 17): There are a lot of rumors about this movie. It may, or may not, include characters from previous Spider-Man franchises. It may, or may not, include Dr. Strange (Benedict Cumberbatch). All we can be sure of is that Tom Holland will play the lead, and the word “home” is probably going to be in the title somewhere.

Dune (Oct. 1): This is deep, layered, hard-core SF, which is why I don’t think it will be a tentpole. Americans don’t like being made to think! But we old-school SF fans — I first read “Dune” in high school — can’t wait, and hopefully there are enough of us to make Dune a franchise.

F9 (May 28): This long-running, mindless action franchise is a couple quarters short of being great, but its rabid, mostly young male fans will make it a success anyway.

Godzilla vs. Kong (May 21): The King of Monsters. The King of Skull Island. Someone’s gonna lose a crown, and it won’t be pretty! Starring Millie Bobby Brown (“Stranger Things”) as the token sympathetic human, this is a film I’ve waited for my whole life, and just didn’t know it.

The King’s Man (March 12): Believe it or not, a third Kingsman movie is in the works, as well as a Statesman spin-off. So what is this? A prequel, it seems, where Ralph Fiennes forms the espionage agency with a bunch of ex-soldiers in the early 20th century.

Morbius (March 19): I’m of two minds about Sony’s efforts to create its own Marvel Cinematic Universe out of nothing but Spider-Man characters. On the one hand, I don’t want them to succeed, because I want them to give up and sell Spidey back to Marvel, where he belongs. On the other hand, I want movies starring characters I’ve loved all my life to be good. This one stars Jared Leto as a character named Michael Morbius, whose attempts to cure his rare blood disease turns him into a science-based vampire.

Venom: Let There Be Carnage (June 25): Here’s another Sony-Man effort, a sequel to the Tom Hardy-starring “Venom,” featuring the one Spider-Man character I actively despise. The “symbiote” is quite literally a parasite. And when introduced he was a visual in search of a character, whose distinguishing quality was constant threats to eat people. The Eddie Brock version did munch on a guy’s brain, and the Mac Gargan version had no problem consuming stray limbs. The character’s evolved quite a bit, but for me, there’s no coming back from cannibalism.

Cruella (May 28): If you’re a genre fan who hadn’t fallen in love with Emma Stone on general principles by 2014, then her turn as Gwen Stacy in the otherwise forgettable “Amazing Spider-Man 2” should’ve done it. Now she’s giving us Cruella de Vil’s origin, which will change forever how I see “101 Dalmatians.”

Free Guy (May 21): It’s hard to pigeonhole this movie, which stars Ryan Reynolds as an NPC (non-playing character) in a violent, open-world video game, who somehow becomes self-aware. I normally wouldn’t be very interested, but Reynolds has won my undying loyalty for his utterly fearless, R-rated and hilarious take on Deadpool.

Jungle Cruise (July 30): I laughed when Disney announced the first “Pirates of the Caribbean” movie. “How can you make a movie out of a theme park ride?” Five successful “Pirates” movies later, I’m not laughing any more. Dwayne “The Rock” Johnson is the headliner.

Last Night in Soho (April 23): “Soho” is a horror movie directed by genre veteran Edgar Wright (“Scott Pilgrim vs. The World,” “Shaun of the Dead”), and stars the white-hot Anya Taylor-Joy (“Queen’s Gambit”), who is no stranger to genre work (“The Witch,” “New Mutants”). It’s also, evidently, the last performance by the late Diana Rigg (UK’s “Avengers,” “Game of Thrones”).

Mortal Kombat (April 16): There are a number of movies based on video games, for players of those games. Here’s another one.

Sherlock Holmes 3 (Dec. 22): The first two movies were funny, but also respectful of Holmesian lore. I enjoyed them both, and expect to enjoy another.

Snake Eyes: G.I. Joe Origins (Oct. 22): G.I. Joe holds a nostalgic allure for those who watched the late ’80s cartoon as kids. This is for them.

Ghostbusters: Afterlife (June 11): I was rooting for the all-female “Ghostbusters” (2016), but the negative reaction to that movie in certain quarters almost deep-sixed the franchise. So this movie is pretending the third GB movie didn’t happen, and is instead acting like a sequel to “Ghostbusters II” (1989). It has an all-new cast, which is worrying, but that cast includes Paul Rudd and Finn Wolfhard, which is reassuring.

The Matrix 4 (Dec. 22): I have completely forgotten everything from the first three movies except the red pill/blue pill bit.

A Quiet Place Part II (April 23): If you saw the first one, you know which major character can’t be in this one.

Top Gun: Maverick (July 2): I didn’t care for the mindless machismo of “Top Gun” the first time around. I won’t watch, but plenty of other people will.