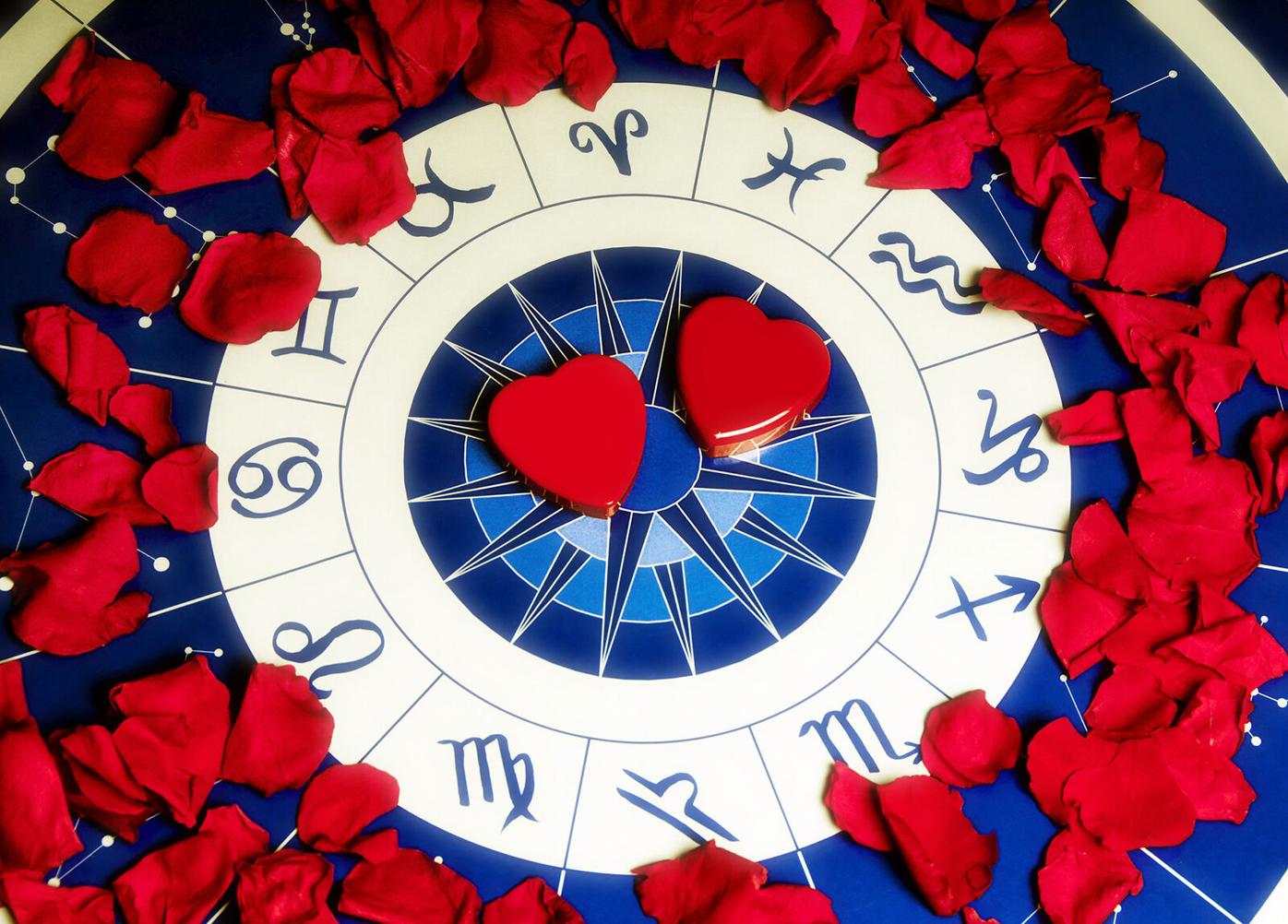 A new astrology-based dating app called Struck asks for your birth date, birth time and birth location to create a birth chart, as well as requiring the usual profile, photos and personal details. 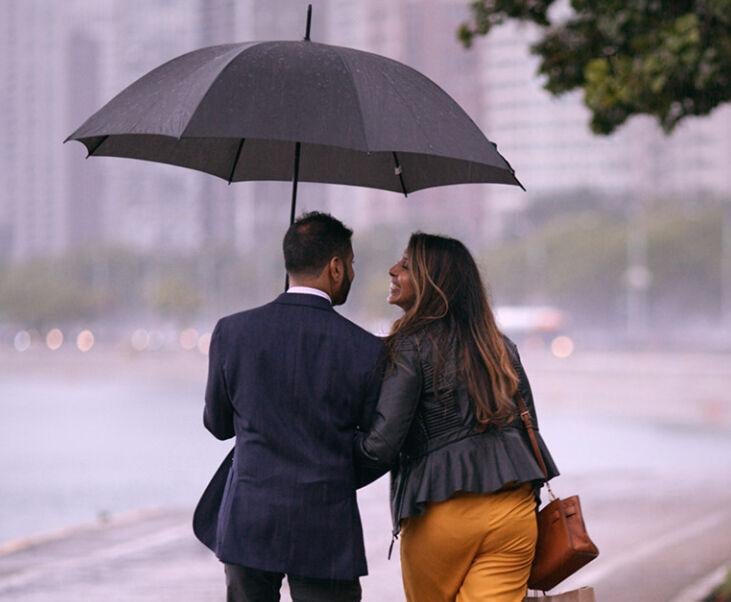 Chicago lawyer Shekar Jayaraman and New Jersey event planner Nadia Jagessar walk along Chicago's lakefront during a date featured on Netflix's "Indian Matchmaking." On the show, Mumbai-based matchmaker Sima Taparia consults an astrologer to assess whether a client is compatible for marriage with a potential partner.

A new astrology-based dating app called Struck asks for your birth date, birth time and birth location to create a birth chart, as well as requiring the usual profile, photos and personal details.

Chicago lawyer Shekar Jayaraman and New Jersey event planner Nadia Jagessar walk along Chicago's lakefront during a date featured on Netflix's "Indian Matchmaking." On the show, Mumbai-based matchmaker Sima Taparia consults an astrologer to assess whether a client is compatible for marriage with a potential partner.

LOS ANGELES — In Netflix’s summer hit “Indian Matchmaking,” Mumbai-based matchmaker Sima Taparia consults an astrologer to assess whether a client is compatible for marriage with a potential partner. For those without an astrologer on speed dial, a new astrology-based dating app can provide an assist from the cosmos.

Like other dating apps, the recently launched Struck requires a profile, photos and personal details. But it also asks for your birth date, birth time and birth location to create a birth chart, also called a natal chart. Users receive matches once a day based on astrological compatibility after adjusting for location and gender preferences. And crucially, the app makes the natal charts of matched users available to each other — a feature that founder Rachel Lo says solves for the awkward moment when astrology buffs have to ask dates for birth times to explore their chart.

We caught up with Lo to ask this self-described “hardcore science girl” how she came to create this new dating app that boasts, “Skeptics welcome.”

Lo grew up in Southern California, studying mechanical engineering at Berkeley and eventually working at Apple and various tech startups in San Francisco before she had a “quarter-life crisis.” In a quest to figure out a place in tech and the world, she began to use astrology as a way of understanding herself.

“I see it as a really great tool for speaking about your emotions in a language that a lot of us weren’t taught to communicate,” she said. “In my life and a lot of people’s lives, astrology coexists with science and they’re not mutually exclusive contexts.”

She saw an opportunity in an astrology-based dating app to bring together her interests in astrology and tech and to build something that slowed down the process of using a dating app. On Struck, users are limited to four matches a day with no ability to “swipe” through users like they can on Tinder. And in the midst of a pandemic that severely limits dating, the team is planning to incorporate games that users can play with each other in the app as well as a feature that includes natal charts of celebrities.

Some dating apps are like a bar where you try to talk to five to 10 different people in one night and try to find someone interesting, said Jordan Banafsheha, who used to work at Tinder and has served as an adviser to various dating apps. Banafsheha gave the Struck app a test drive early on and concluded: “Struck is more of being invited to a mutual friend’s place and meeting one other person or two other people. It’s a different context and higher intention.”

Struck’s astrology advisor is Nadine Head-Gordon, a former graphic designer who became a full-time astrologer with more than 250,000 followers on Instagram, where she is known by her professional name “Nadine Jane.” She said that astrology cannot promise a soul mate but rather narrow down the dating pool. The app’s algorithm compares planets on the charts of users that astrologers believe indicate personality traits.

“We’re trying to weed out the people that immediately you would not feel familiar with, feel chemistry or feel like there’s a natural spark,” said Head-Gordon. “And we’re trying to match you with people where your first impressions and your general temperament are pretty well-aligned.”

Head-Gordon said she had resisted invitations to consult on other astrology-based apps because she believed they were insincere efforts to capitalize on the popular resurgence of astrology. In Lo, however, she noted an authentic interest in astrology and a sound idea for what astrology could accomplish in the realm of dating. She was also drawn to the soul searching that Lo and her co-founder and product engineer Alex Calkins had embarked on after leaving Apple, where they’d first met.

GETTING BEYOND “SPAM” LABEL

Their work history at Apple did not translate into an easy journey to get Struck published in Apple’s app store. In fact, after eight months of development and thousands of dollars of personal investment, Lo and Calkins faced repeated rejections from the app review team, which suggested that the app was “spam” according to their guidelines that do not permit fortune-telling apps. After appeals and more rejections, Lo published an impassioned plea on social media.

“It’s just very clear that the guideline was written by someone who doesn’t fully understand the world of astrology, and we felt that it was pretty culturally insensitive,” Lo said. “Whether you believe in it or not, astrology has been a huge, important piece of people’s lives in the majority of the world for a very long time.”

On Instagram, Lo made the argument that the ban negatively affected female developers because astrology is more popular among women and members of the queer community. Other than Calkins, all the people involved who have helped build Struck are women including two women of color and a queer woman who has supported data science in the app.

After Lo’s public message, her friend David Farrier published a story suggesting that “Apple’s astrology ban disproportionately affects female-led businesses and developers.” Within 24 hours, Apple reversed its decision and the app was approved to publish in its app store.

Struck is available only in Los Angeles, the Bay Area and New York City, with plans for more cities in the works. Lo said they have received considerable requests for expansion in U.S. cities and as far as Australia, Brazil, Spain and the United Kingdom. For now, it’s free, though they are considering a paid monthly subscription model in the future. Lo, Head-Gordon and the team encourage those who are skeptical about astrology to give it a whirl.

“You don’t have to take everything in the app as facts or some predetermined fate,” said Head-Gordon. “My favorite phrase is take what you like and leave the rest.”

"In my life and a lot of people's lives, astrology coexists with science and they're not mutually exclusive contexts." — Struck app creator Rachel Lo