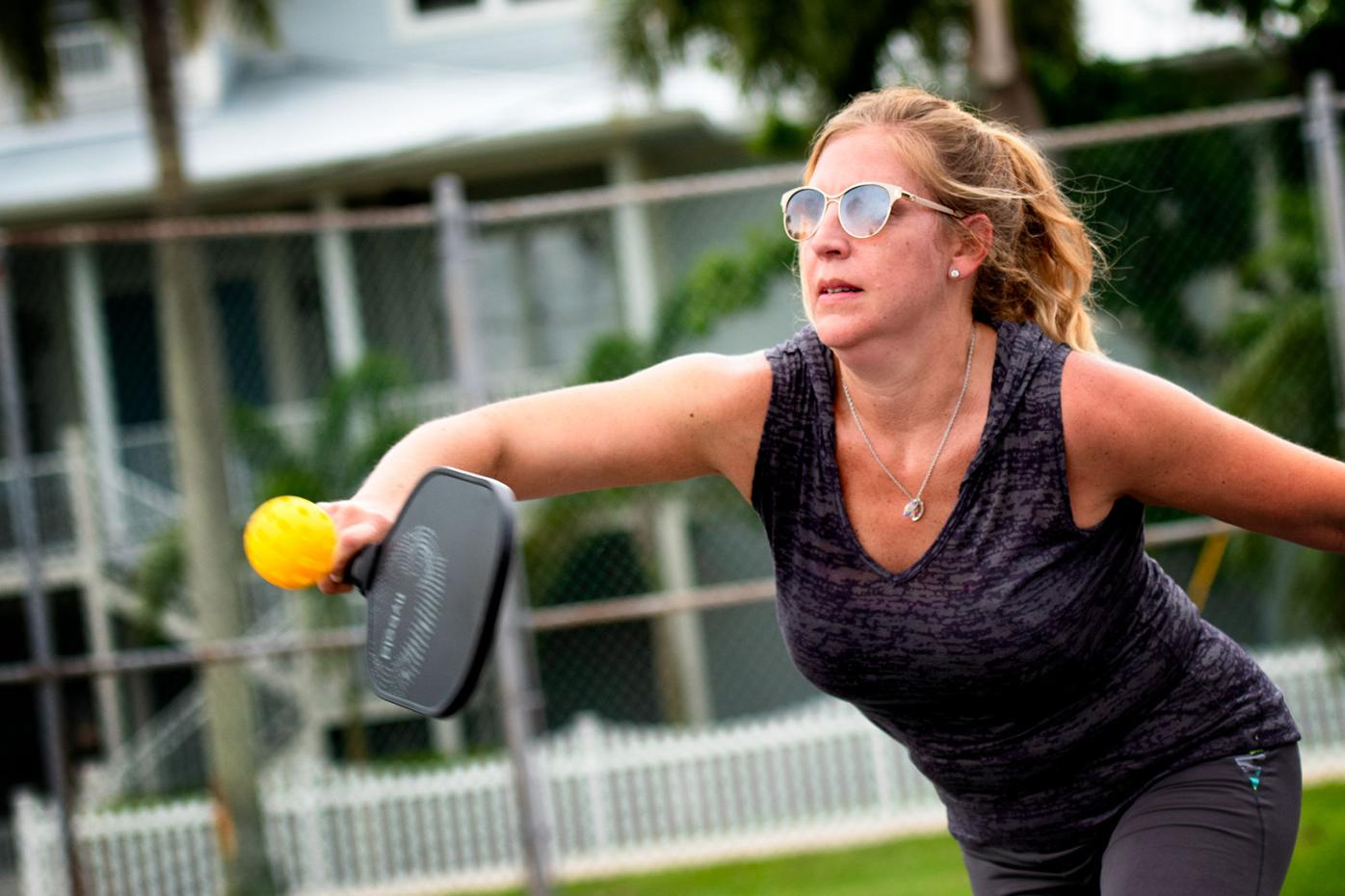 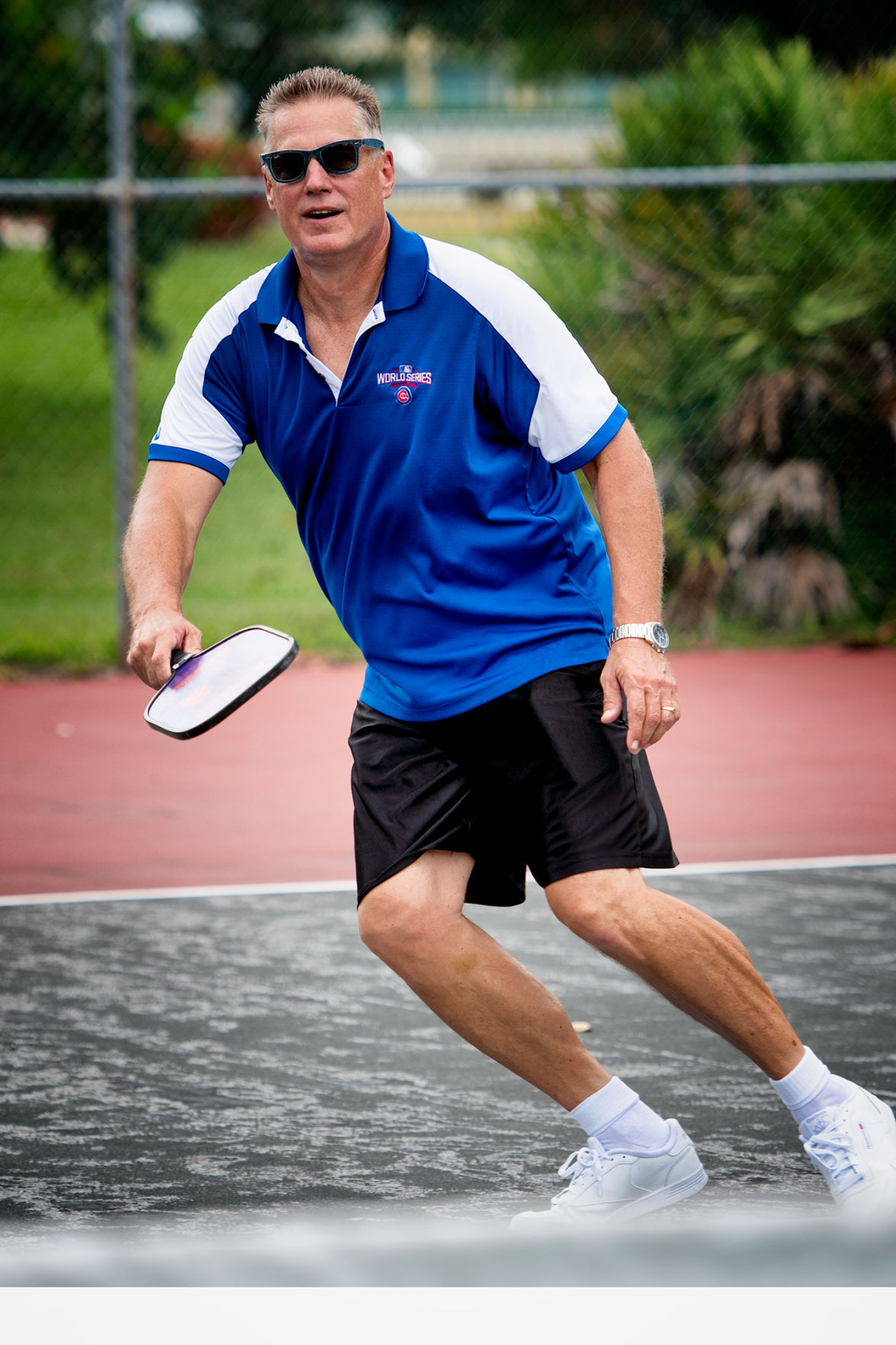 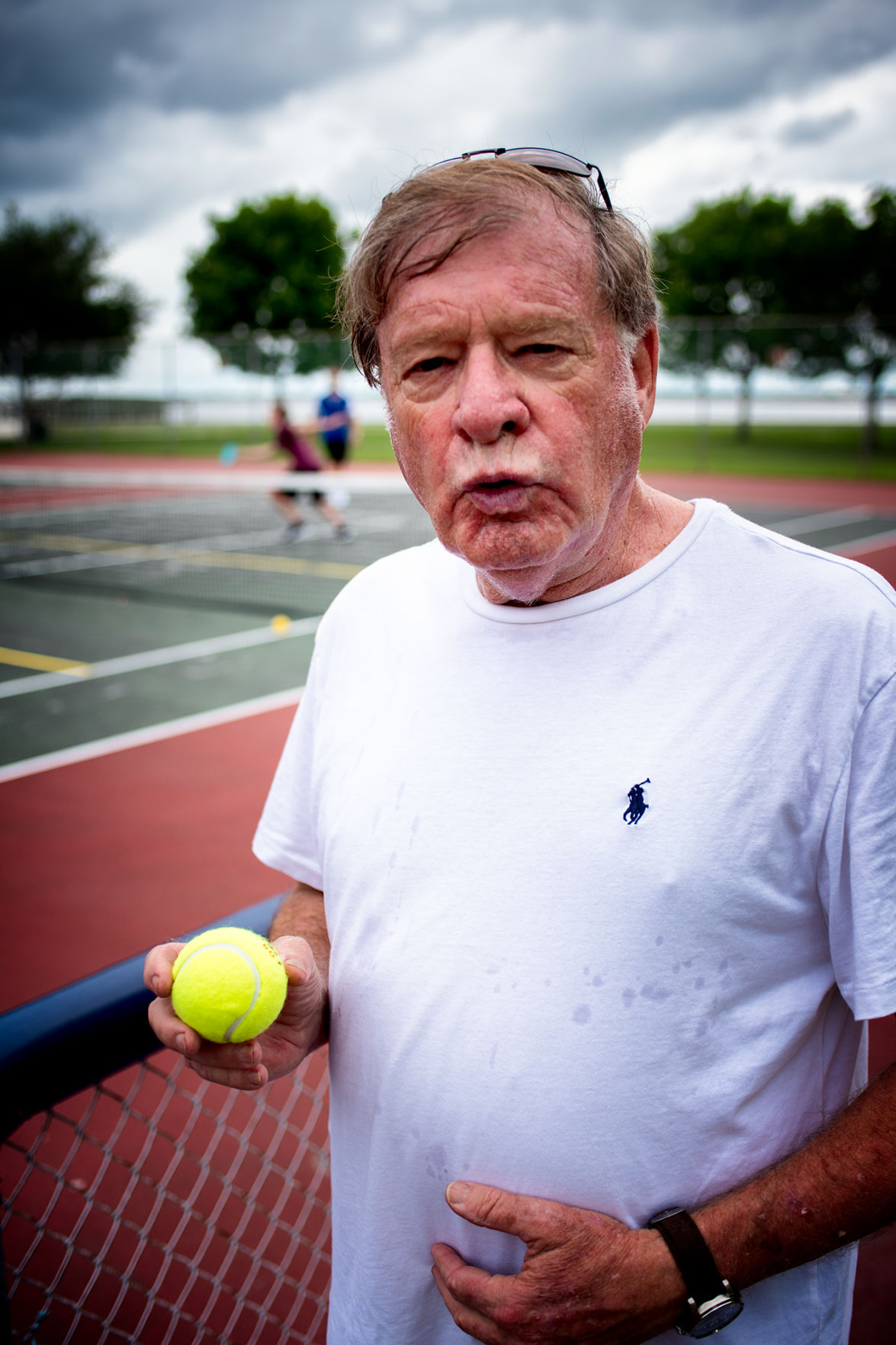 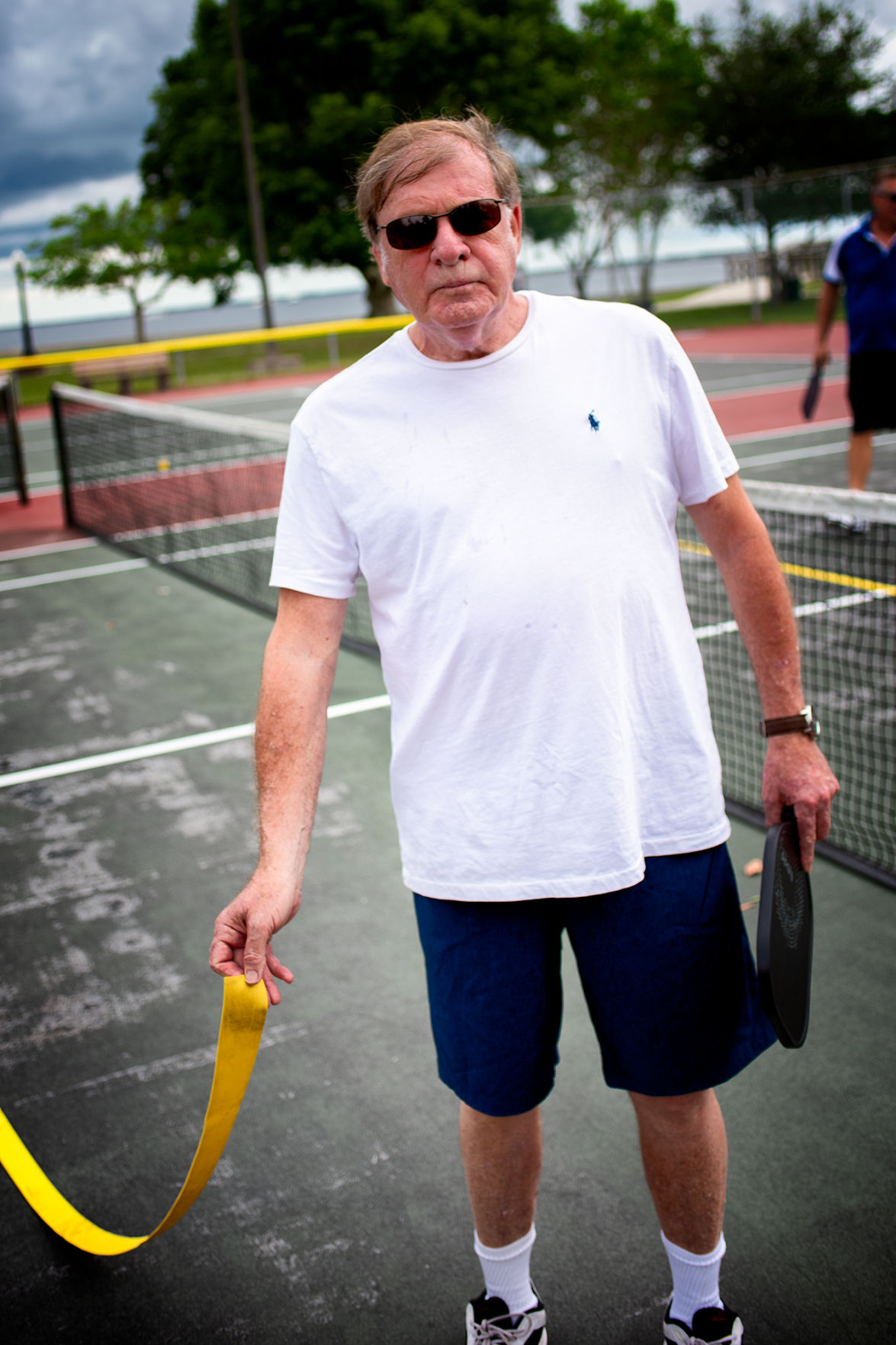 LONGBOAT KEY — It was only a year or so ago when Yoram Ariely realized he was the only one at his club in Longboat Key still playing tennis.

“I would say I realized that the court I was playing on at 11:30 a.m. was the only court used at the time in my club,” Ariely said.

With the popularity of pickleball in southwest Florida, the tennis courts were left vacant most days.

That’s when he came up with an idea for a new game that combines tennis and pickleball, a game he later dubbed “Beckyball” after his wife, Rebecca McPheters.

“The courts can be used for another purpose,” Ariely said. “The game I developed, in my premise, it is very simple. I like simple things.”

Beckyball is played on existing tennis courts, both hard and soft, using pickleball paddles, according to Ariely’s website, beckyball.net.

There isn’t as much running involved as with tennis because the game is played within the service areas.

Setup is also simple, Ariely said, because there are no changes to the court except for the addition of a “kitchen” line. The line can be either permanent or temporary.

“Let’s say you have a tennis court next to your house which is not imposed with pickleball lines,” Ariely said. “You have to make one line which you create with chalk or with rubber pieces or with a rubber band strip that you put on and take off after game. You can convert a regular tennis court to Beckyball in two minutes.”

The greatest advantage of Beckyball, according to Ariely, is the ability to play on soft courts, which are plentiful in Florida.

“This allows people with joint concerns or other issues that can’t do any sport any longer ... Beckyball is a godsend solution for them,” Ariely said. “They can play a sport that is not hard on the joints.”

How do you play?

While pickleball and tennis scoring systems are allowed, Ariely recommends the “much simplified” Beckyball scoring.

The game is designed for singles and doubles. Players serve diagonally across the court and only underhand serving is allowed.

Players must win the set to win a game. There are five games in a set and only one player serves the whole game.

Players will need one advantage point to win. The first team to reach five points wins the game.

Are there noise issues?

Not on the soft courts.

“You play with a ball with less pressure or a pressure-reduced tennis ball and it makes much less noise than pickleball,” Ariely said. “When you play Beckyball on a hard tennis court and with a regular pickleball there is no difference in the noise.”

Ariely said he went through around 100 different balls, including a rubber ball similar to a stress ball.

“That is wonderful to play with and it makes no noise,” Ariely said. “It’s a stress ball which looks like a tennis ball ... it jumps differently than that of a pickleball. I would like it to be adopted on soft courts.”

A patent for the game is still pending, according to Ariely.

“Everybody loves it without exception,” Ariely said. “Wherever I have been able to demonstrate it, people loved it. There is no downside to it.”

According to Ariely, the pros include the fact that Beckyball is:

Played on existing tennis courts, both hard and soft.

Eliminates need for new construction and boosts use of existing courts.

No changes required to the court except for the addition of a “kitchen” line. (Line can be permanent or temporary).

Game is played in service areas and is ideal for doubles.

Some local pickleballers weighed in as much as they could, but it seems there is more work ahead for Ariely as far as promotion for the sport.

“Not one board member has seen or even heard of Beckyball,” said Mary Stewart, president of the Peace River Picklers, a Charlotte County pickleball organization. “As an avid pickleball player, I would need to play Beckyball before I could make any kind of reasonable comment.”

“It seems none of the board members had even heard of Beckyball before your email,” said Karen Farley, secretary for Peace River Picklers. “Without knowing much about it, we aren’t really in position to offer an opinion.”

“Beckyball takes up a whole tennis court,” said pickleballer Sue Carman. “I love pickleball and four pickleball courts should be played on one tennis court. Retired folks and people new to a town have a hard time meeting people and making new friends. That’s not the case at all if playing pickleball. I had 65 guests for a birthday party just months after moving to Punta Gorda, all from pickleball. That is because 16 people can play on a tennis court.”

Ariely said he is going to continue to introduce Beckyball to new communities. The next big step will be finding associations to adopt the game.

"You play with a ball with less pressure or a pressure-reduced tennis ball and it makes much less noise than pickleball." - Yoram Ariely, Beckyball creator.

"When you play Beckyball on a hard tennis court and with a regular pickleball there is no difference in the noise." - Yoram Ariely, Beckyball creator.