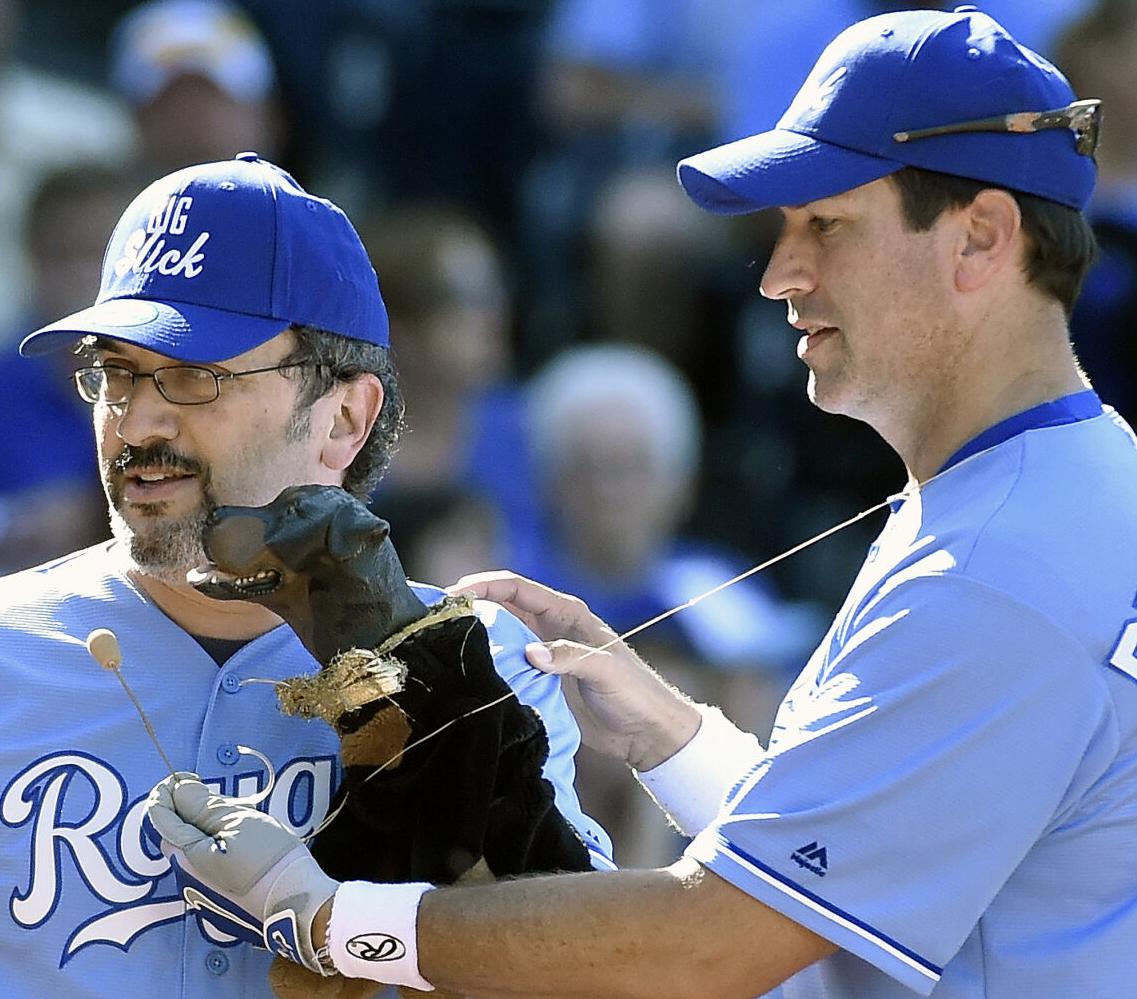 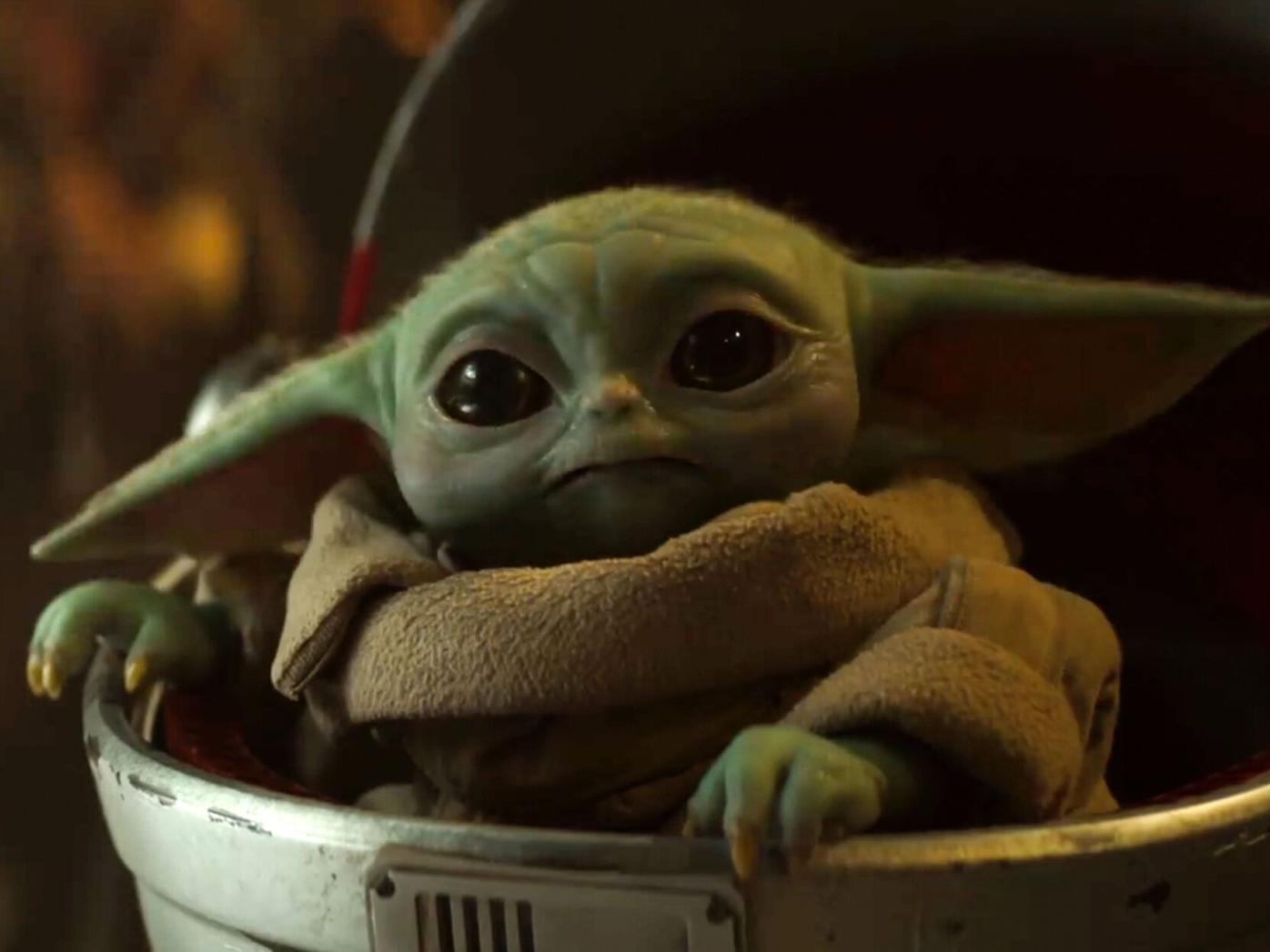 The Child, better known as Baby Yoda, is a very adorable animatronic toddler on ‘The Mandalorian.’ 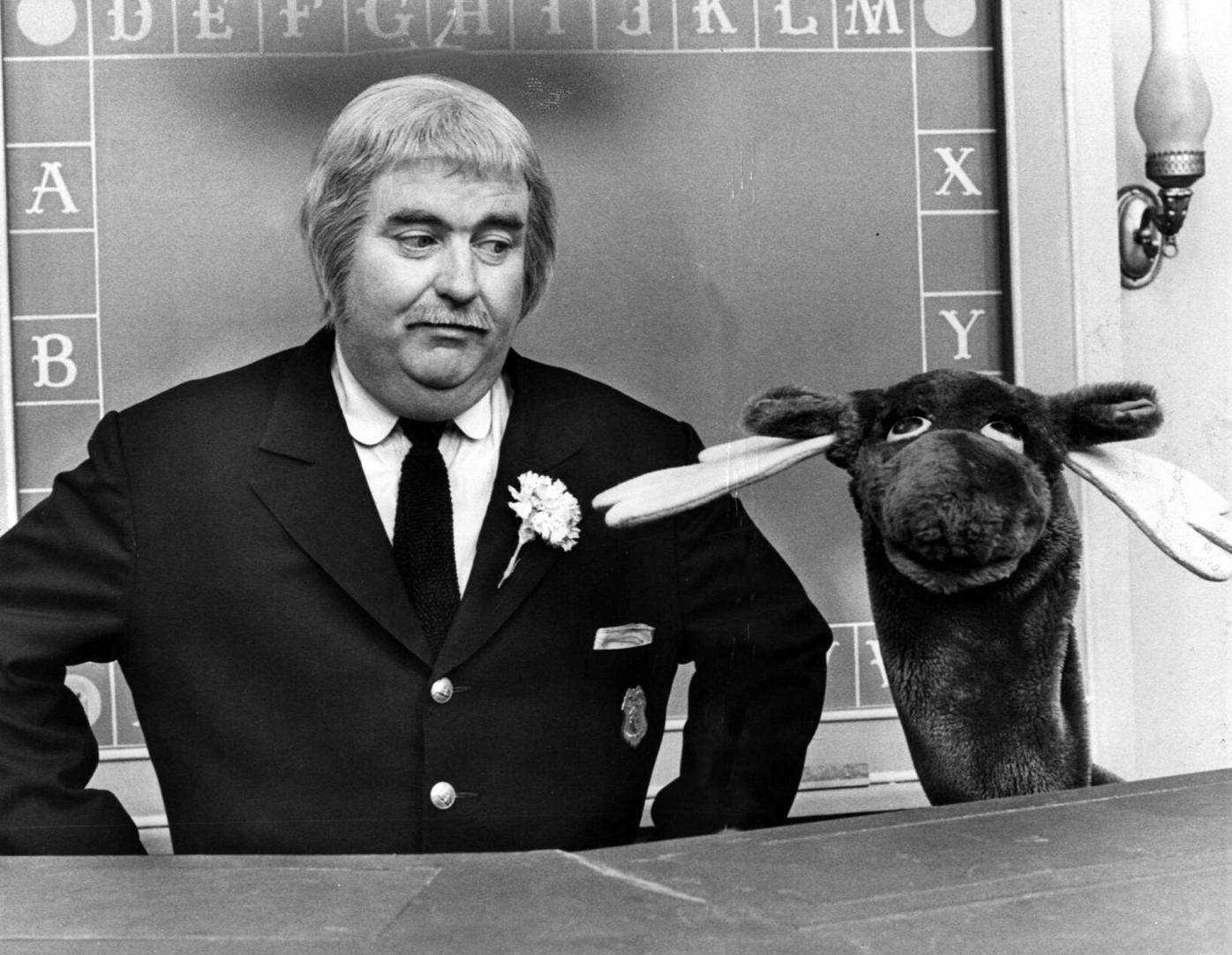 Bob Keeshan brought ‘’Captain Kangaroo’’ and his friends (like Mr. Moose pictured) to television in 1955. It became one of the best-loved children’s shows of all-time. 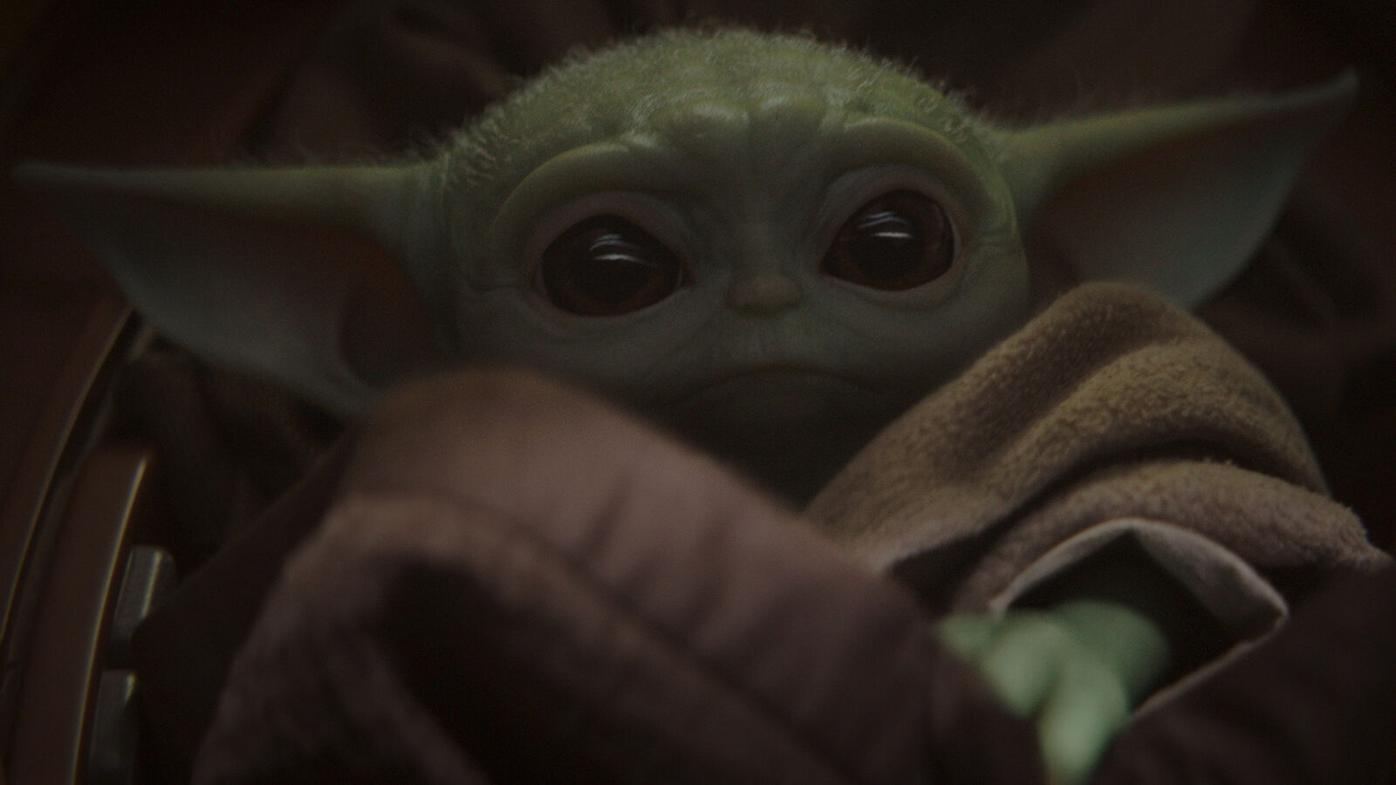 Grogu (commonly referred to as Baby Yoda) in a scene from the Disney+ series “The Mandalorian.”

The Child, better known as Baby Yoda, is a very adorable animatronic toddler on ‘The Mandalorian.’

Though the Muppets (among assorted other Jim Henson productions) are unmatched as a long-lived, many-portaled franchise, puppets have always occupied a significant place in the life of the culture.

They have been on television since the beginning: According to the World Encyclopedia of Puppetry Arts, more than 25 programs featuring puppets were nationally broadcast between 1947 and 1957, and many more were seen only locally.

Puppets are powerful; whenever a person and a puppet share the stage, it is the human who becomes the accessory, even (or perhaps especially) when the puppet is on the end of the human’s arm. They help children process their feelings, allow adults to express their most awful thoughts. They may be as simple as a sock with button eyes or require multiple operators working radio-controlled motors. They are celebratory, and they are subversive, and they have been brightening our screens from Kukla and Ollie to Baby Yoda.

There is no puppeteer in television history more gifted or inventive than Burr Tillstrom, whose unscripted “Kukla, Fran and Ollie,” starring a puppet doll (Kukla) and a puppet dragon (Ollie) alongside human Fran Allison, was a landmark of early television, airing nationally from 1948 to 1957. With Ollie on one arm and Kukla on the other, Tillstrom could play contrasting or complementary energies and body language, as if one hand really did not know what the other was doing. Though the show had an easygoing charm, it was not aimed at (or away from) children: The cast might perform “The Mikado” or discuss the meaning of highbrow, lowbrow and middlebrow.

Created by animator Bob Clampett, “Time for Beany” was a satirical adventure show, broadcast locally in Los Angeles in 1949 and nationally from 1950 to 1955. Played against cartoony painted backdrops, it trucked in goofy puns and a friendly hipster vibe. Stan Freberg performed Cecil the Seasick Sea Serpent, a kind of rambunctious aquatic cousin to Tillstrom’s Ollie, “300 years old” and “35 feet, 3 inches in my underwear.” Daws Butler, soon to voice Huckleberry Hound, Yogi Bear and Quick Draw McGraw, performed Beany and Captain Huff n’puff. Albert Einstein is famously said to have excused himself from a meeting to go watch the show. A Clampett-produced cartoon version, “Beany and Cecil,” followed in the 1960s.

Though not a particularly compelling character in his own right, the magnitude of his celebrity makes it impossible to scant the star of “Howdy Doody Time.” Dressed in western wear, with a freckle for each of the 48 states, Howdy is nominally a young boy — though that he sounds indistinguishable from host “Buffalo” Bob Smith, who voiced him either off-camera or through prerecorded dialogue cued by an engineer, and stood as tall as the more interesting “adult” marionettes of Doodyville, argues otherwise. The series ran from 1947 to 1960; Rufus and Margo Rose, seminal figures in American puppetry, nimbly worked his strings for most of it.

Conspiratorial disturbers of the peace in the “Captain Kangaroo” Treasure House, these plush puppets were the work of former set painter Cosmo Allegretti, who also appeared as Dancing Bear and gave voice to Grandfather Clock. Bunny Rabbit, whose spectacles gave him a brainy, contemporary look, never spoke except in Mr. Moose’s ear; his main goal was to trick the Captain (Bob Keeshan) out of carrots. Floppy-antlered jokester Mr. Moose lived to drop ping-pong balls on the Captain’s head. The show ran weekday mornings from 1955 to 1984 on CBS.

Like Tillstrom, magician’s daughter Shari Lewis was a genius at switching among characters, but as a ventriloquist, she was often a part of the conversation herself, conducted sometimes at breakneck pace. Her technique is astonishing but her writing and characterizations are also first-rate, subtle and unpredictable and full of warmth. (She studied acting with Sanford Meisner.) Lamb Chop is her star creation, quickly changeable, a child and not a child, sweet or saucy, tender or tough as the moment demands; Lewis made her way through local television shows in the 1950s until NBC’s “The Shari Lewis Show” took her national in 1960. In the 1990s, the public television series “Lamb Chop’s Play-Along” proved an Emmy magnet.

Paul Winchell with his puppet Jerry Mahoney — practically the quintessence of a ventriloquist’s dummy — were a presence on daytime and nighttime from the late 1940s, including their own prime-time variety and Saturday morning kids’ shows. The latter’s clubhouse setting, theme song and secret password were revived for a later generation in the mid-’60s “Winchell-Mahoney Time,” co-hosted by the wiseacre Jerry and the slower Knucklehead Smiff. Winchell’s television work, which often employed hidden actors to supply the characters with arms and hands while Winchell worked the head and mouth, prefigures an ambidextrous Muppet like Cookie Monster.

A 10-inch-tall soft foam, sweet-tempered mouse created by artist Maria Perego, Topo Gigio made the leap from Italian children’s television to international stardom by way of “The Ed Sullivan Show,” where he first appeared in 1963, and whose final guest he was in 1971. (“Eddie, kiss me goodnight!” was his sign-off.) Sullivan participated in these appearances — more than 50 — as the mouse’s straight man, in which Topo was worked by black-clad puppeteers against a black background to create an illusion of independent movement. The show was host to many imaginative puppeteers and ventriloquists, including Señor Wences, the Bill Baird Puppets and the pre-”Sesame Street” Muppets.

The apogee of Gerry and Sylvia Anderson’s sci-fi “Supermarionation” series, including “Supercar” and “Fireball XL-5,” “Thunderbirds” (1964-66) mixes marionettes, miniatures and mechanics in a story of a family that travels the globe putting out metaphorical and actual fires. What makes this show so beautiful is not that the strings don’t show but that they do. You’re always aware that it’s a handmade, hand-controlled object: a toybox world you can imagine making yourself.

Adjacent to “Mister Rogers’ Neighborhood” was a land of Make Believe puppets, mostly performed by Fred Rogers himself. Rogers began as a puppeteer in the mid-1950s on “The Children’s Corner,” and though his puppetry was not technically ambitious, he got a lot of expression out of his expressionless alter egos, including Daniel Tiger, who is shy and insecure; Henrietta Pussycat, who is also shy and insecure, and speaks mostly in meows; King Friday XIII, who likes to be kowtowed to; and Lady Elaine Fairchilde, a bit of a bohemian. They brought conflict and attitude into the show, on the way to conflict resolution, and allowed Rogers, the epitome of reassuring calm in his own person, to get a little wicked.

The “Pee-wee’s Playhouse” puppets. Paul Reubens’ delirious, art-underground refraction of the kids’ shows of his own youth, which ran Saturday mornings on CBS from 1986 to 1990, brought puppetry back to network TV in a big way. Along with the living things — Randy the mean kid, Pterri the Pterodactyl, the puppet band, Mrs. Cow, the flowers in the window — the gift of anthropomorphism was spread liberally through the Playhouse: Chairry, the Dog Chair, Clockey, Globey, Floory, Mr. Window and Mr. Kite.

Sifl and Olly. In MTV’s cult-revered, end-of-the-’90s “The Sifl & Olly Show,” the sort of unaccountably great creation that doesn’t happen if anyone was trying too hard to make it, a pair of sock puppets (childhood friends Matt Crocco as Sifl and Liam Lynch as Olly) host a half-hour of low-res, crudely fashioned, messily performed skits, news bulletins, ads and interviews. (Guests include Death and an atom.)

“Saturday Night Live” veteran Robert Smigel is the creator and operator of Triumph, a cigar-smoking “Yugoslavian mountain hound” first seen in 1997 as a rude, crude Rover-ing reporter on “Late Night With Conan O’Brien” — and more recently providing similar service to “The Late Show With Stephen Colbert” — getting in the face of politicians, protesters and “Star Wars” fans. Smigel sometimes forgets the accent, and the puppetry (and puppet) sometimes falls apart, which is allowable in context, even advantageous. A short-lived sitcom, “The Jack and Triumph Show,” with Jack McBrayer, ran on Adult Swim in 2015.

It might be too much to place the success of “The Mandalorian” on the tiny shoulders of the puppet unofficially known as Baby Yoda, but there’s no doubt that the very expensive, very adorable animatronic toddler carries a weight inversely proportional to his size. Outside the show, he has been featured in countless memes and GIFs; he’s been commented on in “South Park,” “Saturday Night Live” and the New Yorker; and he’s lent his shape to plush dolls, backpacks, beanies, T-shirts, magnets and keychains. That he’s modeled on a creature first brought to life by Frank Oz means there are Muppets in his family tree.

Puppets are powerful; whenever a person and a puppet share the stage, it is the human who becomes the accessory.