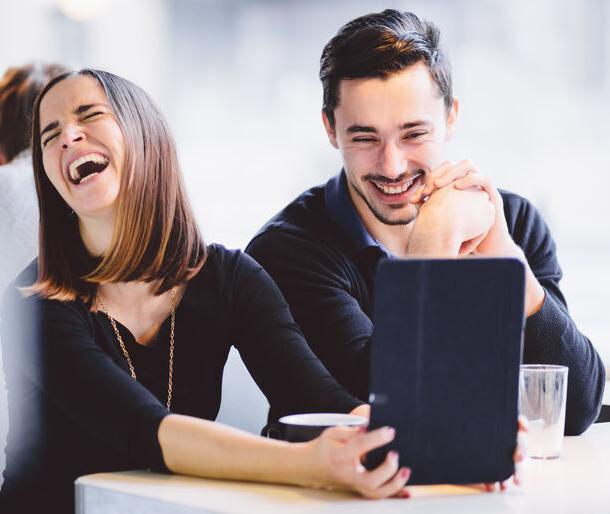 Getting the joke is a good workout for the brain. It activates areas that control motor, emotional, cognitive and social processing. 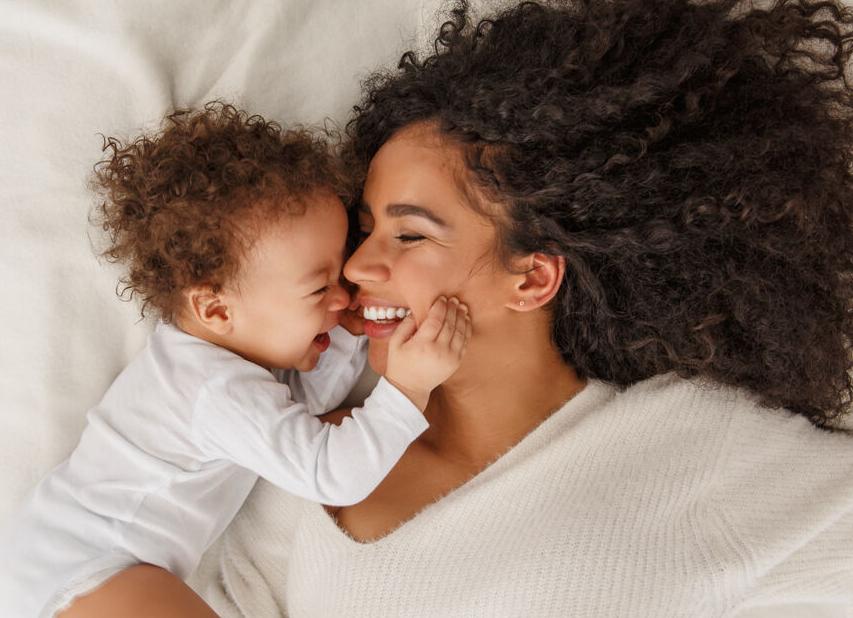 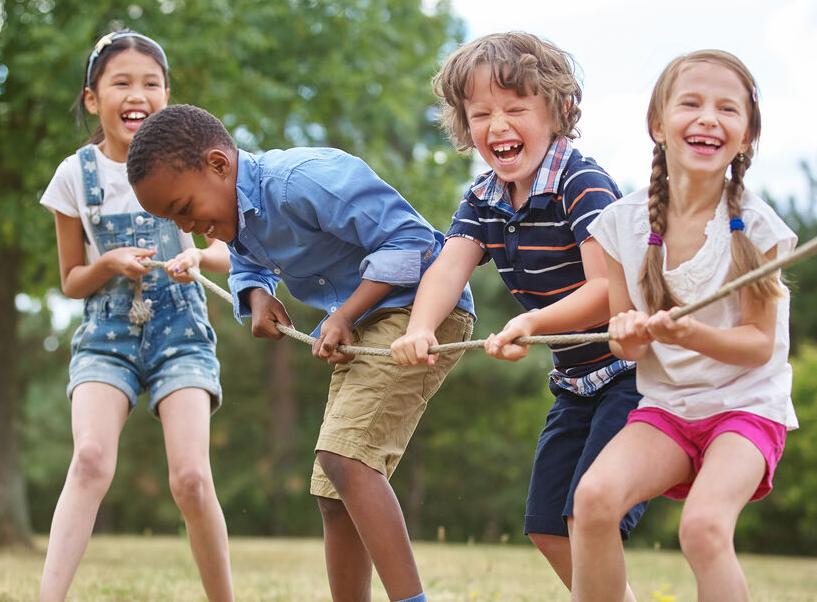 Laughter creates bonds and increases intimacy with others. 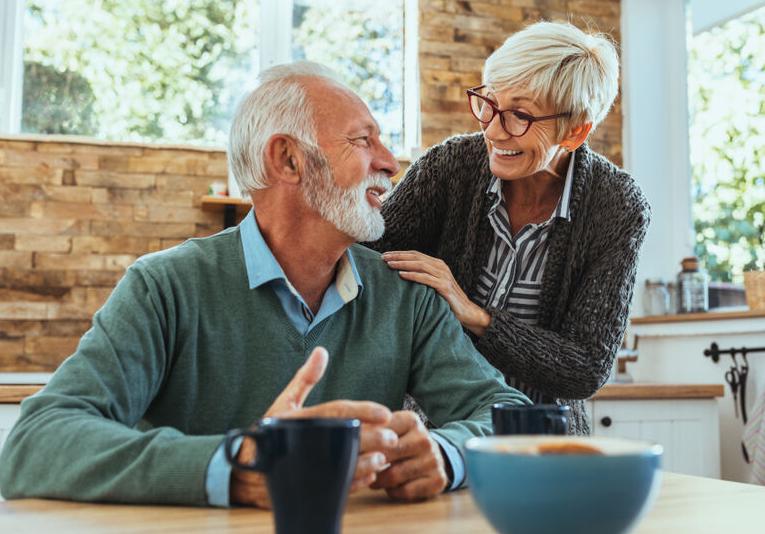 Feelings like amusement, happiness, mirth and joy build resiliency and increase creative thinking. They increase a sense of well-being and life satisfaction.

Amusement and pleasant surprises — and the laughter they can trigger — add texture to the fabric of daily life.

Those giggles and guffaws can seem like just silly throwaways. But laughter, in response to funny events, actually takes a lot of work, because it activates many areas of the brain: areas that control motor, emotional, cognitive and social processing.

As I found when writing “An Introduction to the Psychology of Humor,” researchers now appreciate laughter’s power to enhance physical and mental well-being.

People begin laughing in infancy, when it helps develop muscles and upper body strength. Laughter is not just breathing. It relies on complex combinations of facial muscles, often involving movement of the eyes, head and shoulders.

Laughter — doing it or observing it — activates multiple regions of the brain: the motor cortex, which controls muscles; the frontal lobe, which helps you understand context; and the limbic system, which modulates positive emotions. Turning all these circuits on strengthens neural connections and helps a healthy brain coordinate its activity.

By activating the neural pathways of emotions like joy and mirth, laughter can improve your mood and make your physical and emotional response to stress less intense. For example, laughing may help control brain levels of the neurotransmitter serotonin, similar to what antidepressants do. By minimizing your brain’s responses to threats, it limits the release of neurotransmitters and hormones like cortisol that can wear down your cardiovascular, metabolic and immune systems over time. Laughter’s kind of like an antidote to stress, which weakens these systems and increases vulnerability to diseases.

A good sense of humor and the laughter that follows depend on an ample measure of social intelligence and working memory resources.

Laughter, like humor, typically sparks from recognizing the incongruities or absurdities of a situation. You need to mentally resolve the surprising behavior or event — otherwise you won’t laugh; you might just be confused instead. Inferring the intentions of others and taking their perspective can enhance the intensity of the laughter and amusement you feel.

To “get” a joke or humorous situation, you need to be able to see the lighter side of things. You must believe that other possibilities besides the literal exist — think about being amused by comic strips with talking animals, like those found in “The Far Side.”

Many cognitive and social skills work together to help you monitor when and why laughter occurs during conversations. You don’t even need to hear a laugh to be able to laugh. Deaf signers punctuate their signed sentences with laughter, much like emoticons in written text.

Laughter creates bonds and increases intimacy with others. Linguist Don Nilsen points out that chuckles and belly laughs seldom happen when alone, supporting their strong social role. Beginning early in life, infants’ laughter is an external sign of pleasure that helps strengthen bonds with caregivers.

Later, it’s an external sign of sharing an appreciation of the situation. For example, public speakers and comedians try to get a laugh to make audiences feel psychologically closer to them, to create intimacy.

By practicing a little laughter each day, you can enhance social skills that may not come naturally to you. When you laugh in response to humor, you share your feelings with others and learn from risks that your response will be accepted/shared/enjoyed by others and not be rejected/ignored/disliked.

In studies, psychologists have found that men with Type A personality characteristics, including competitiveness and time urgency, tend to laugh more, while women with those traits laugh less. Both sexes laugh more with others than when alone.

Positive psychology researchers study how people can live meaningful lives and thrive. Laughter produces positive emotions that lead to this kind of flourishing. These feelings — like amusement, happiness, mirth and joy — build resiliency and increase creative thinking. They increase subjective well-being and life satisfaction. Researchers find that these positive emotions experienced with humor and laughter correlate with appreciating the meaning of life and help older adults hold a benign view of difficulties they’ve faced over a lifetime.

Laughter in response to amusement is a healthy coping mechanism. When you laugh, you take yourself or the situation less seriously and may feel empowered to problem-solve. For example, psychologists measured the frequency and intensity of 41 people’s laughter over two weeks, along with their ratings of physical and mental stress. They found that the more laughter experienced, the lower the reported stress. Whether the instances of laughter were strong, medium or weak in intensity didn’t matter.

Maybe you want to grab some of these benefits for yourself — can you force laughter to work for you?

A growing number of therapists advocate using humor and laughter to help clients build trust and improve work environments; a review of five different studies found that measures of well-being did increase after laughter interventions. Sometimes called homeplay instead of homework, these interventions take the form of daily humor activities — surrounding yourself with funny people, watching a comedy that makes you laugh or writing down three funny things that happened today.

You can practice laughing even when alone. Intentionally take a perspective that appreciates the funny side of events. Laughing yoga is a technique of using breathing muscles to achieve the positive physical responses of natural laughing with forced laughter (ha ha hee hee ho ho).

Researchers today certainly aren’t laughing off its value, but a good deal of the research on laughter’s influence on mental and physical health is based on self-report measures. More psychological experimentation around laughter or the contexts in which it occurs will likely support the importance of laughing throughout your day, and maybe even suggest more ways to intentionally harness its benefits.

Janet M. Gibson is Professor of Cognitive Psychology at Grinnell College. This article was originally published on The Conversation.