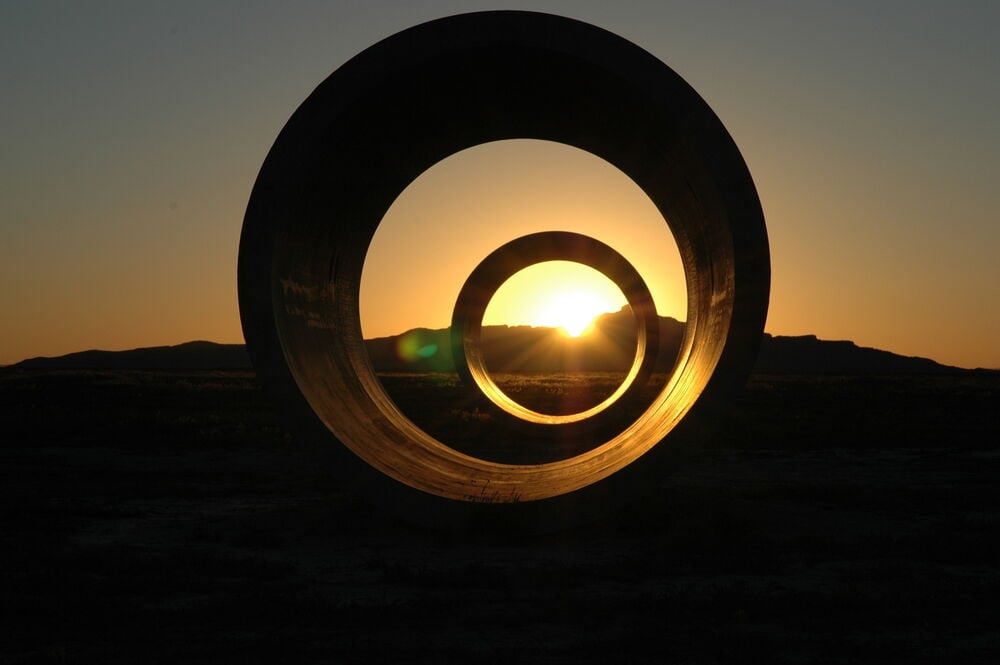 Sun Tunnels during the summer solstice in the Utah desert. 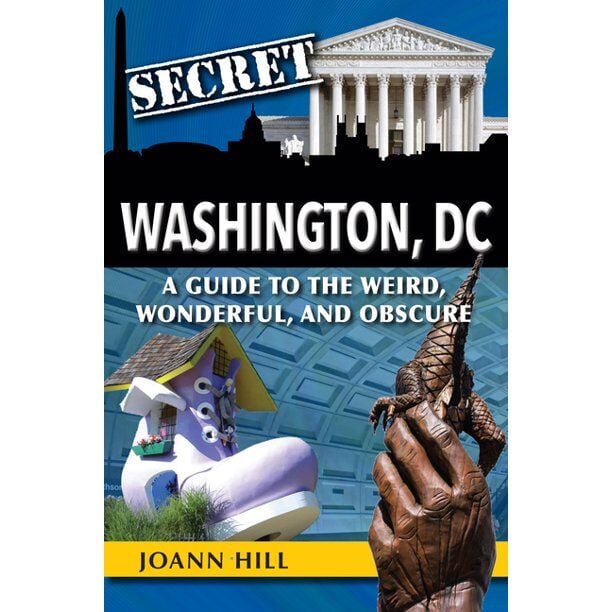 "Secret Washington DC: A Guide to the Weird, Wonderful, and Obscure" by Joann Hill 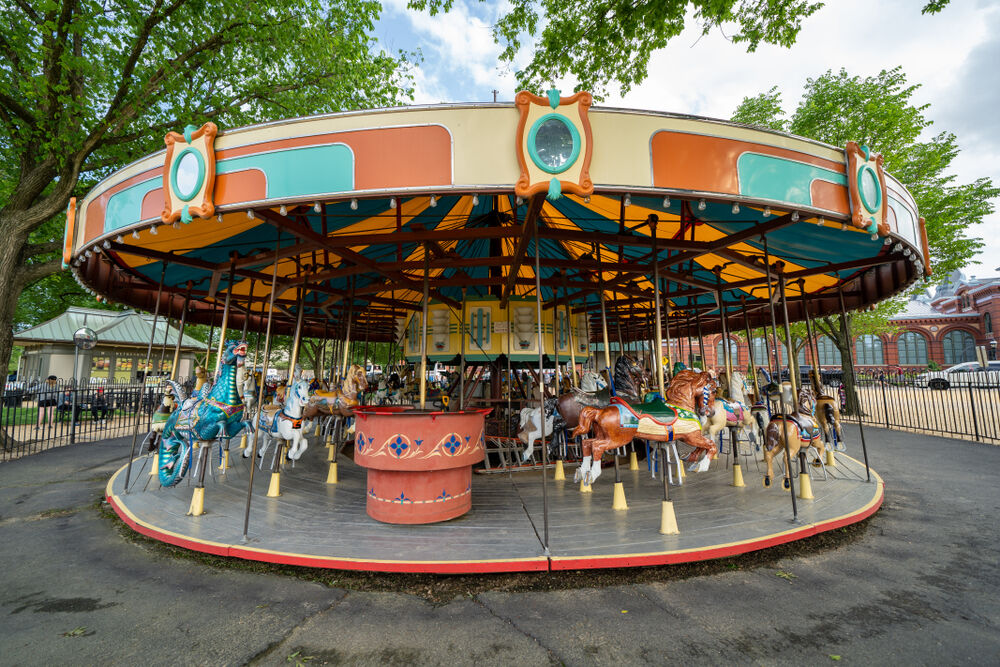 The historic Carousel on the Mall in Washington D.C. 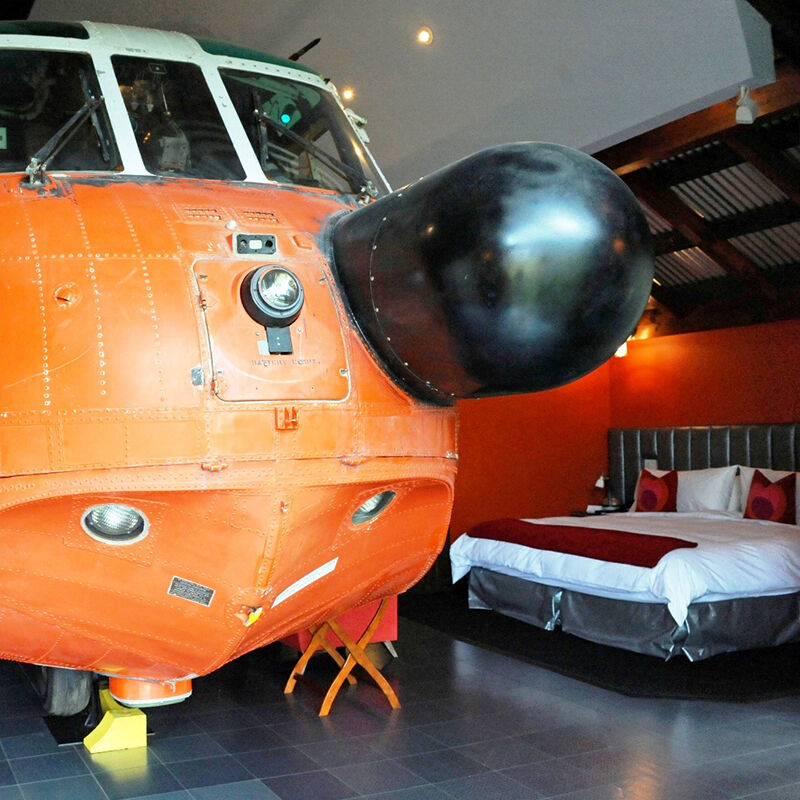 The Helicopter haven at Winvian, a luxury resort in Morris, Connecticut. 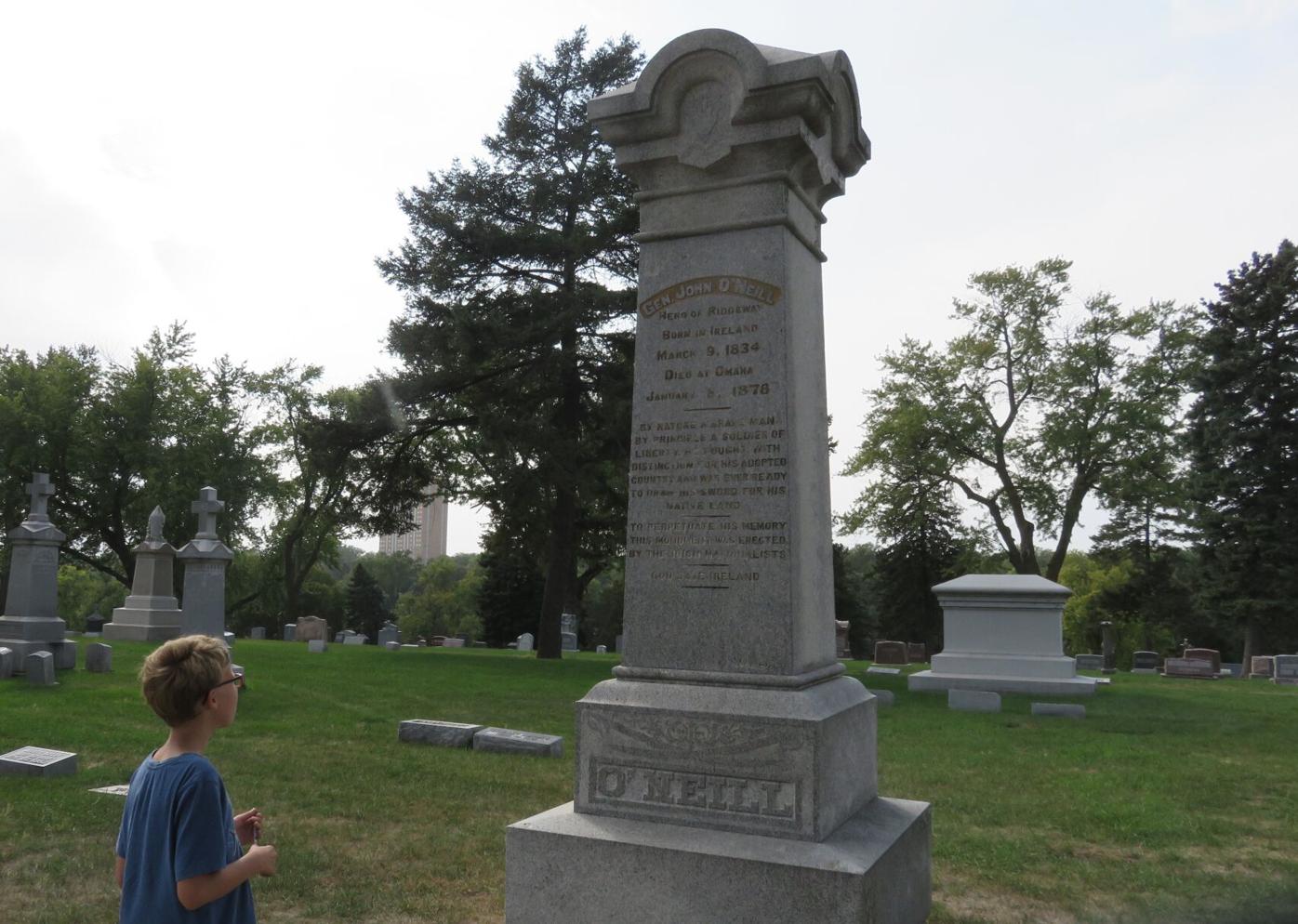 This statue of Civil War soldier and Irish revolutionary General John O'Neill is in Holy Sepulchre Cemetery in Omaha, Nebraska. 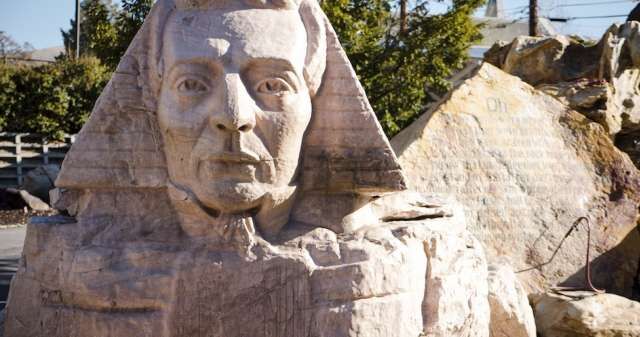 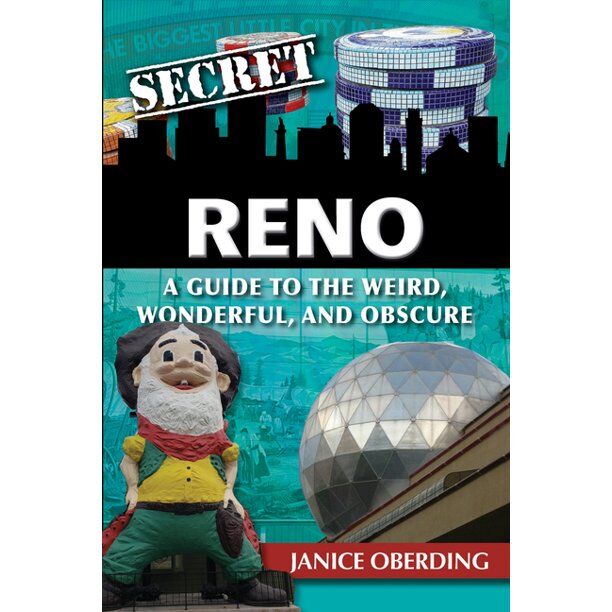 "Secret Reno: A Guide to the Weird, Wonderful, and Obscure," by Janice Oberding 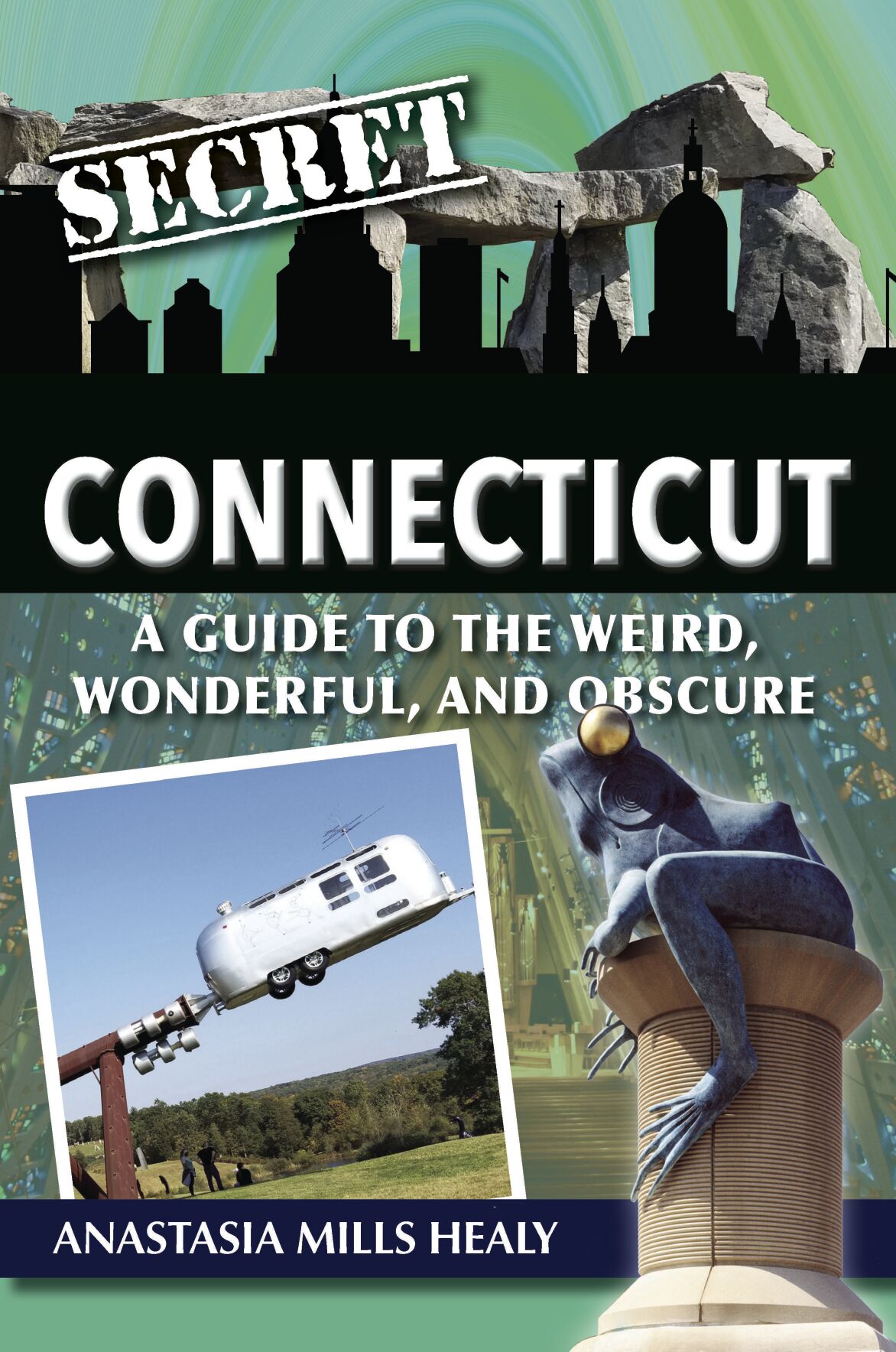 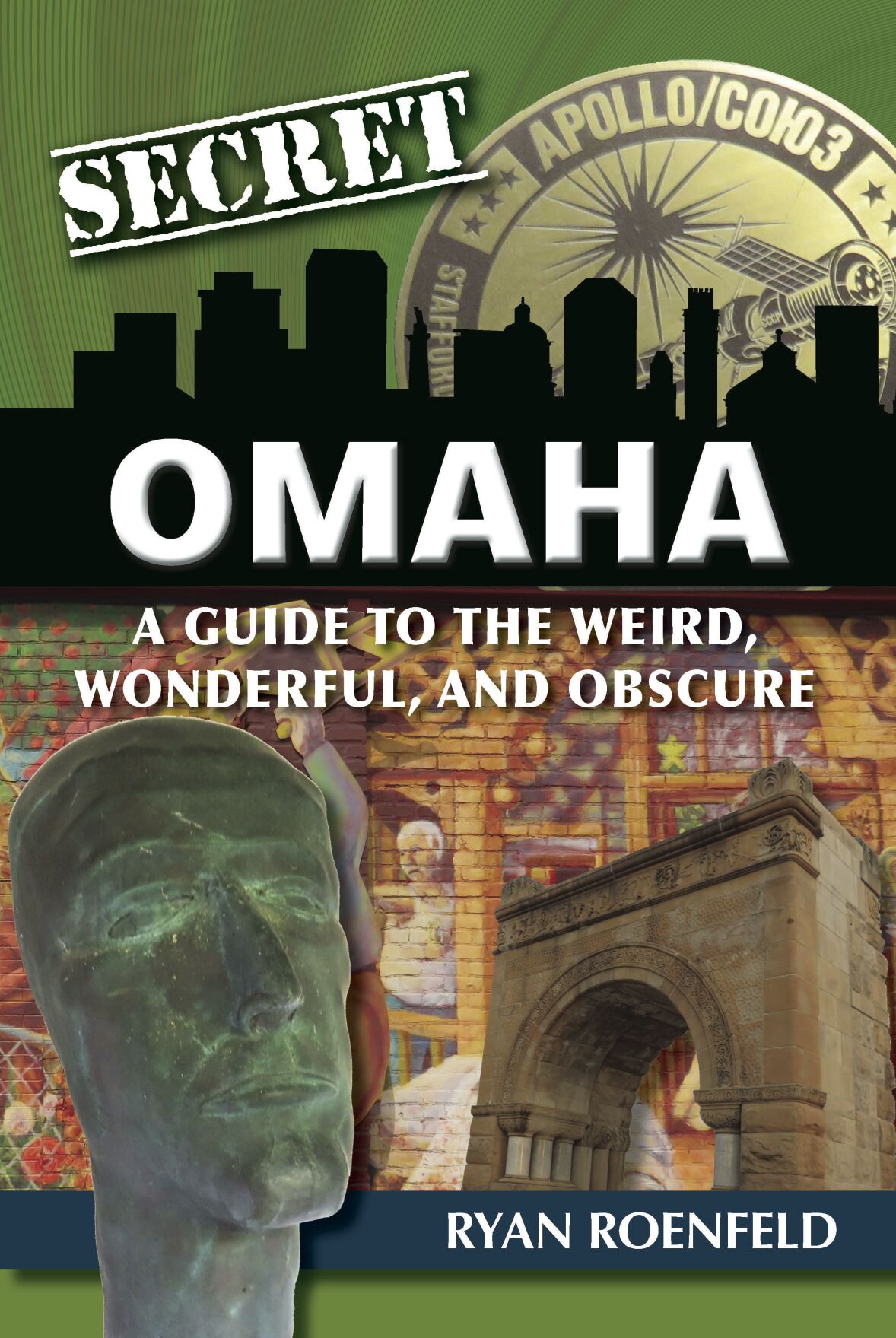 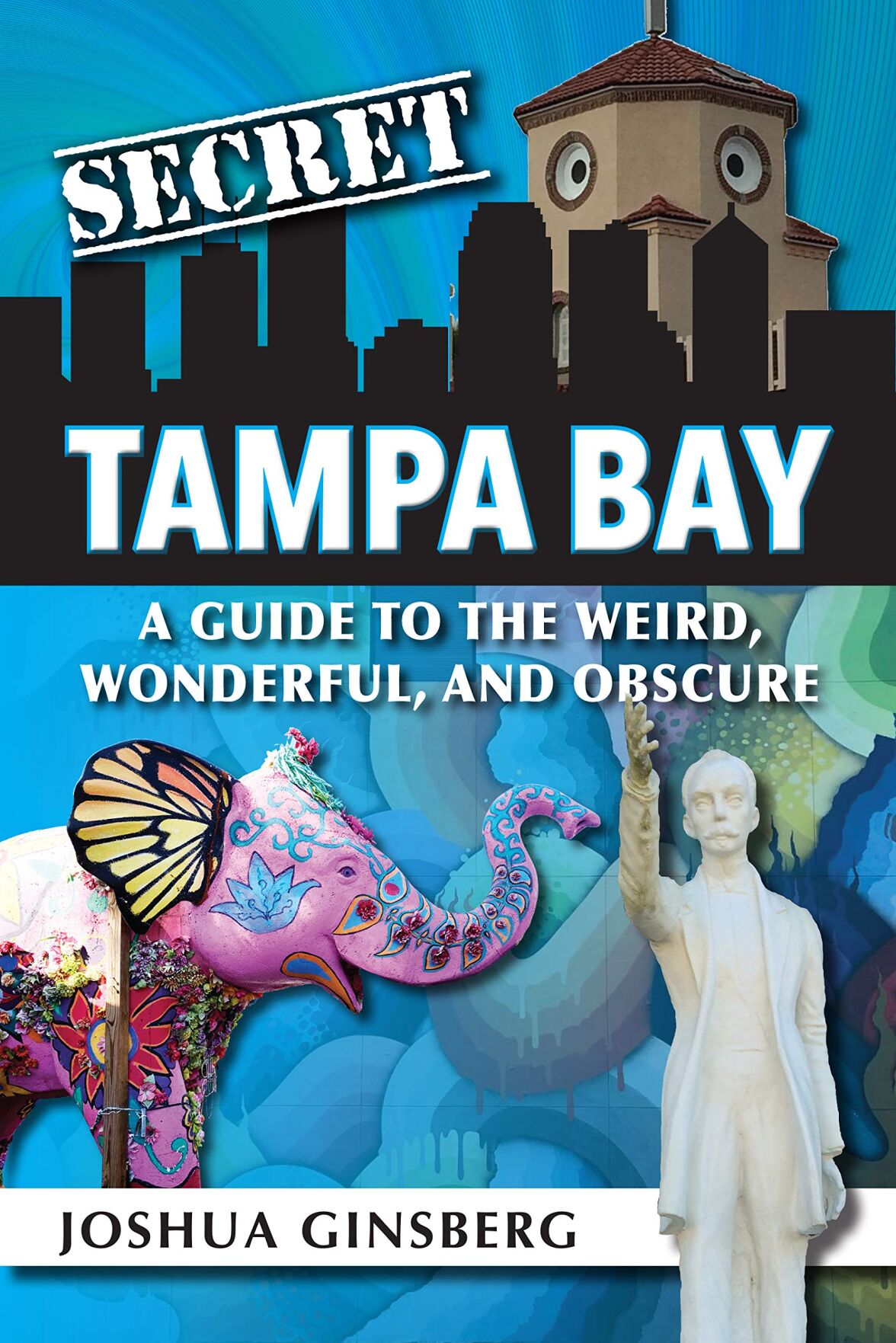 "Secret Tampa Bay: A Guide to the Weird, Wonderful and Obscure" by Joshua Ginsberg

Shrunken heads. A nudist resort. George McFly’s footprints. If spring is enticing you outdoors for warm-weather adventures just this side of the strange and unusual, look no further than your own backyard.

St. Louis-based publisher Reedy Press makes it fun to have a staycation at home, treasure hunting for all variety of weird, wonderful and obscure sights and sensations – some hidden in plain view – with its series of Secret guidebooks. (Full disclosure: This writer is the author of "Secret Cincinnati.")

Here are some of the latest titles in the series, with authors sharing their insights about the truly bizarre in their backyards.

Author Anastasia “Stasha” Mills Healy shows the lengths "Secret" authors go to in their quest for the story through an excursion to the Thimble Islands.

“I felt like I was in a spy movie, standing alone at the end of a dock, off season, with no one around, looking out into the horizon, waiting for a contact I had never met to whisk me away to a secluded island," she said. "I should have been wearing a fedora and trench coat and talking into my sleeve!”

The contact, a Thimble Islands homeowner, graciously spent the afternoon with Healy, touring her through his two homes, sharing information and answering questions.

“He dropped me back on the dock several hours later,” she said. “No debriefing required.”

The weird: The family-friendly, 360-acre Solair Recreation League is a nudist resort in Woodstock, Connecticut, with a private lake with beach, plus pool, tennis courts and hiking trails and accommodations including cabins, RV and tent sites.

“Solair’s 350 members certainly wouldn’t classify it as ‘weird,’” said Healy. “But to the uninitiated, milling around nude at a Sunday sundae social with your kids and a bunch of other families would be exactly that.”

“As if that weren’t unusual enough, the back of the helicopter includes a TV, couch and fridge, so you can grab a cold one, put up your feet and watch the news in your own private helicopter next to your bed and Jacuzzi tub,” said Healy.

The obscure: At little-known Enders Island, the grounds of a spiritual retreat are open to the public, and programs – from the sacred history of the bagpipes to silent retreats – and private rooms or dormitory-like accommodations are available for overnight guests.

Ryan Roenfeld’s book is one of the newest titles in the "Secret" series, with shipping beginning on May 15.

The weird: The W. Dale Clark Library in downtown Omaha holds more than 500,000 volumes and one scalp – that of William Thompson, who lost it in an 1867 fight with the Cheyenne.

“You can’t check it out,” said Roenfeld. “But can make a reservation to have a look.”

The wonderful: The intersection at North 24th and Lake Streets in Omaha is listed on the National Register of Historic Places. An intersection?

“It was the subject of a song by Mississippi bluesman, Big Joe Williams.”

The obscure: In 1866, Civil War soldier and Irish revolutionary General John O’Neill invaded Canada with more than 1,000 Fenians (Irish Republican Brotherhood) to encourage the cause of Irish independence. His grave and memorial dedicated in 1911 by Eamon de Valera, president of the Irish Republic, is in Holy Sepulchre Cemetery.

Author Janice Oberding and her husband, Bill, got lost in Lone Mountain Cemetery looking for the grave of Mark Twain’s niece, Jennie Clemens. When a herd of deer suddenly appeared, Oberding felt certain they were there to help.

“We like to think they took pity on us and tried to show us the way,” she said.

The weird: Who doesn’t like a shrunken head? Find one in the collection of curiosities (taxidermy animals, fertility statues) at the Wilbur D. May Museum at Reno’s Rancho San Rafael Regional Park.

The wonderful: It was writer and humorist Mark Twain who, in 1863, named Steamboat Hot Springs for its resemblance to a steamboat.

“When not causing trouble in Virginia City, he loved to slip away and soothe his jangled nerves here,” said Oberding.

The obscure: The artist who sculpted the four presidential faces at Mount Rushmore is connected to Omaha.

“Sculptor Gutzon Borglum created a statue of John Mackay in 1908,” said Oberding. “Mackay was one of the four so-called Bonanza kings who derived their wealth from silver mining in nearby Virginia City.”

Find it at the quad on the University Nevada Reno Campus.

Shipping begins on May 15 for this new title, written by Jeremy Pugh and Mary Brown Malouf.

The weird: Destiny? Perhaps. Thomas Battersby Child, Jr., self-taught outsider artist, stonemason, Mormon bishop and local businessman, created a bizarre sculpture garden in his backyard in the mid-20th century. Filled with original Biblical- and Mormon-themed pieces, it is called “Gilgal,” a word that means “circle of stones” in Hebrew and a place name in the Book of Mormon.

The wonderful: Visit a concrete landscape installation that was created 45 years ago in a spot in the desert near Lucin, Utah, a railroad ghost town. The Sun Tunnels may look like industrial litter, but they are aligned to different solar moments. (The authors recommend gassing up, bringing food and alerting folks to your itinerary before making the trek.)

The obscure: See offbeat actor Crispin Glover’s handprints in front of the Tower Theatre. And not just his handprints, but his footprints, too. And not just his, but those of Howard “Dr. Johnny Fever” (“WKRP in Cincinnati”) Hesseman as well. It’s all because of a 1992 gem of a cult classic called “Rubin and Ed.”

Author Joann Hill met many fascinating people while researching her book, including Robert Hoffman, aka HOFF the Harmonica Man, who owns the world’s largest collection of harmonica cases.

“HOFF’s collection, exceeding 500 cases, is proudly featured in my book,” said Hill. “I am so happy that our paths crossed.”

The weird: A model lived for 42 days in a glass cube built atop the colossal and iconic Big Chair that rises 19 feet tall in D.C.’s Anacostia neighborhood. The cube is long gone but the chair remains a popular photo op stop.

The wonderful: A carousel horse connected to Martin Luther King, Jr. and his “I Have A Dream” speech? On Aug. 28, 1963 – the day King gave the speech during the March on Washington – the Gwynn Oak Amusement Park just outside Baltimore discontinued segregation, and an 11-month-old girl named Sharon Langley became the first Black child to ride the carousel. It is now in Washington, D.C. and called the Carousel on the National Mall.

The obscure: Learn about suffragist Alice Stokes Paul, abolitionist Julia Ward Howe, who wrote the lyrics of the “Battle Hymn of the Republic,” and other famous women with the Downtown Call Box Art Project. Inoperable emergency call boxes were transformed into art installations and historical markers honoring famous women throughout history.

Pick a secret. Plan an adventure.

Titles in the "Secret" series may be found at www.reedypress.com, along with author bios. Books range in price from $20.95 to $22.50 (newer titles) and are available for purchase through the Reedy Press website, Amazon and all major bookstores.

Be sure to check out "Secret Tampa Bay" in case you missed something last time you were there.

Author and travel and lifestyle writer Kathy Witt feels you should never get to the end of your bucket list; there’s just too much to see and do in the world.