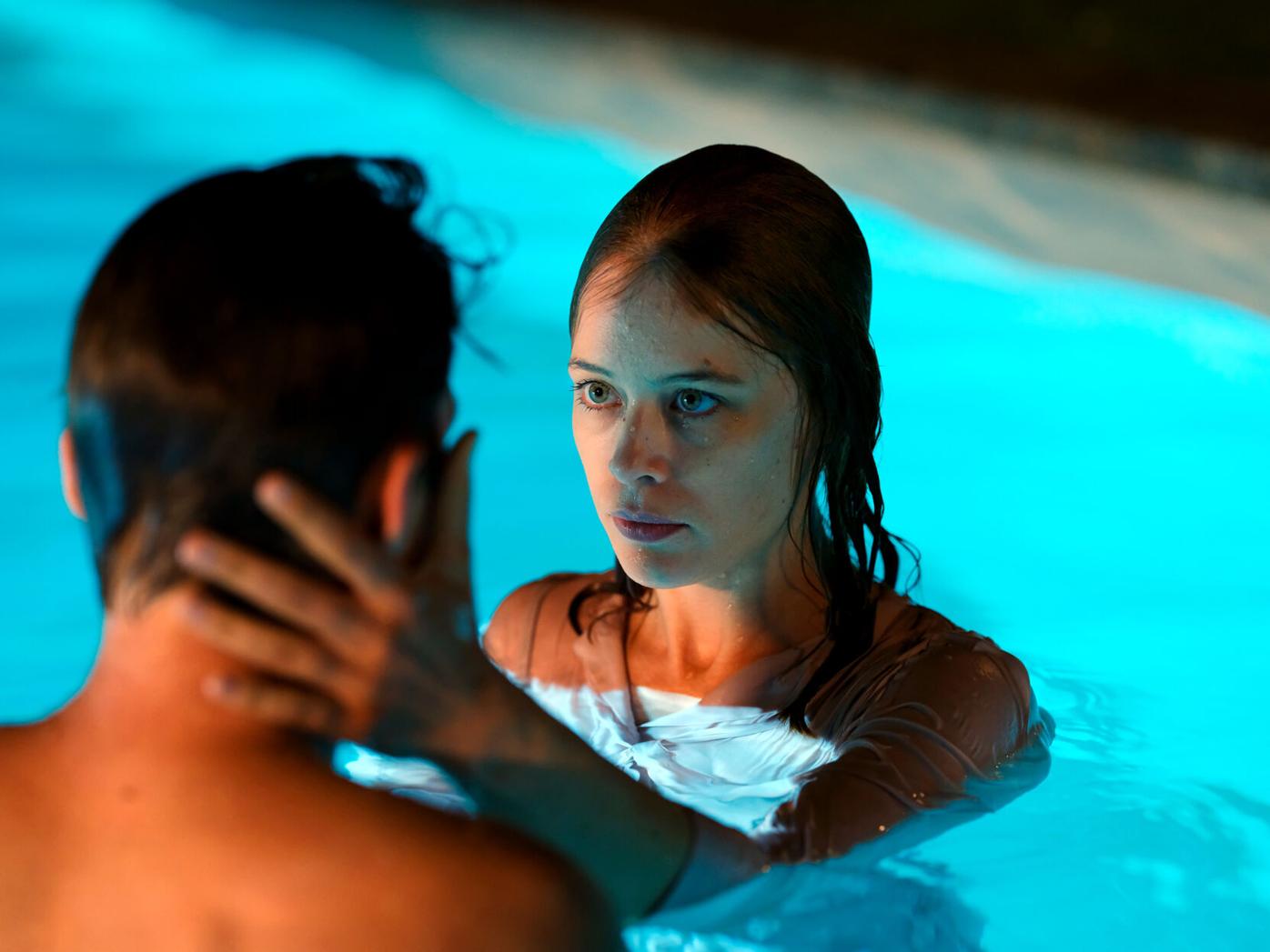 Jacob Matschenz and Paula Beer star in the movie “Undine,” a romance between an industrial diver and mermaid. 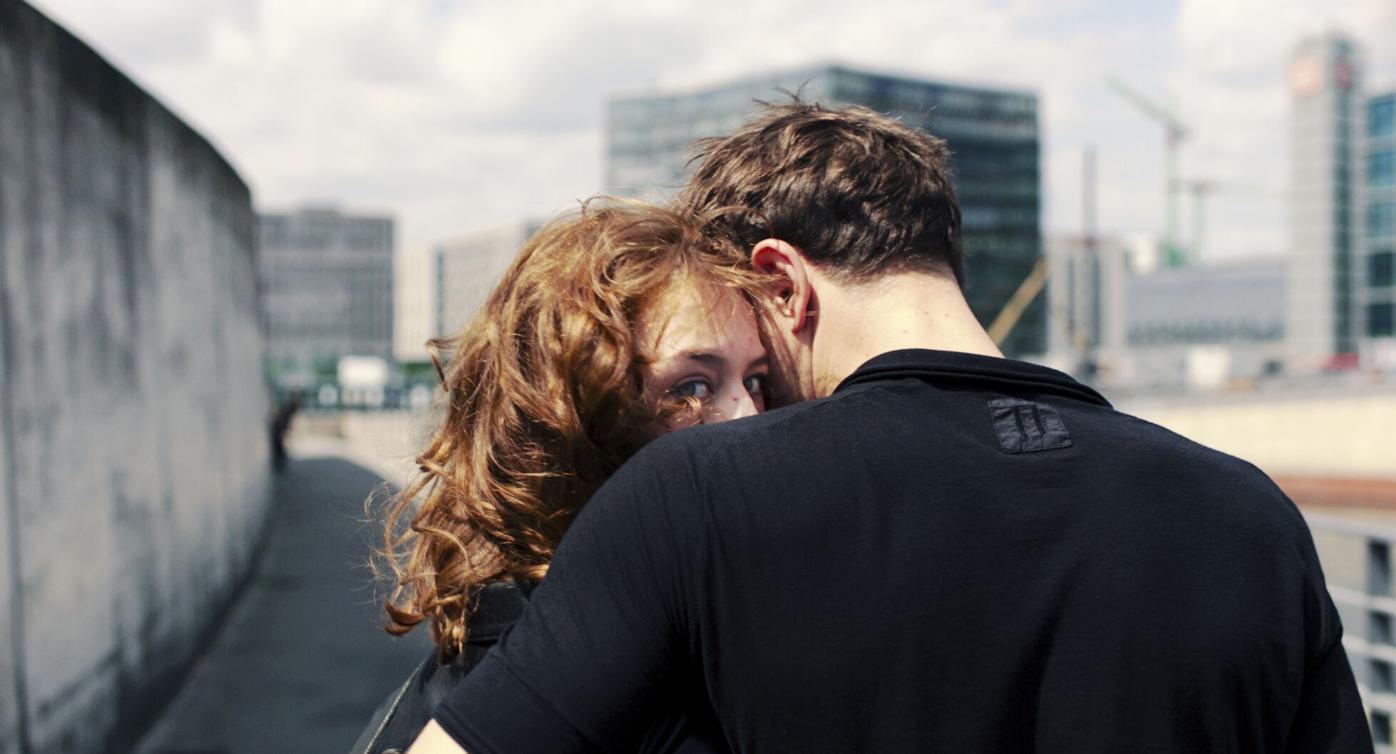 Paula Beer as “Undine” and Franz Rogowski as “Christoph” in Christian Petzold’s ‘Undine,’ a poker-faced fairy tale with lots of mystery. 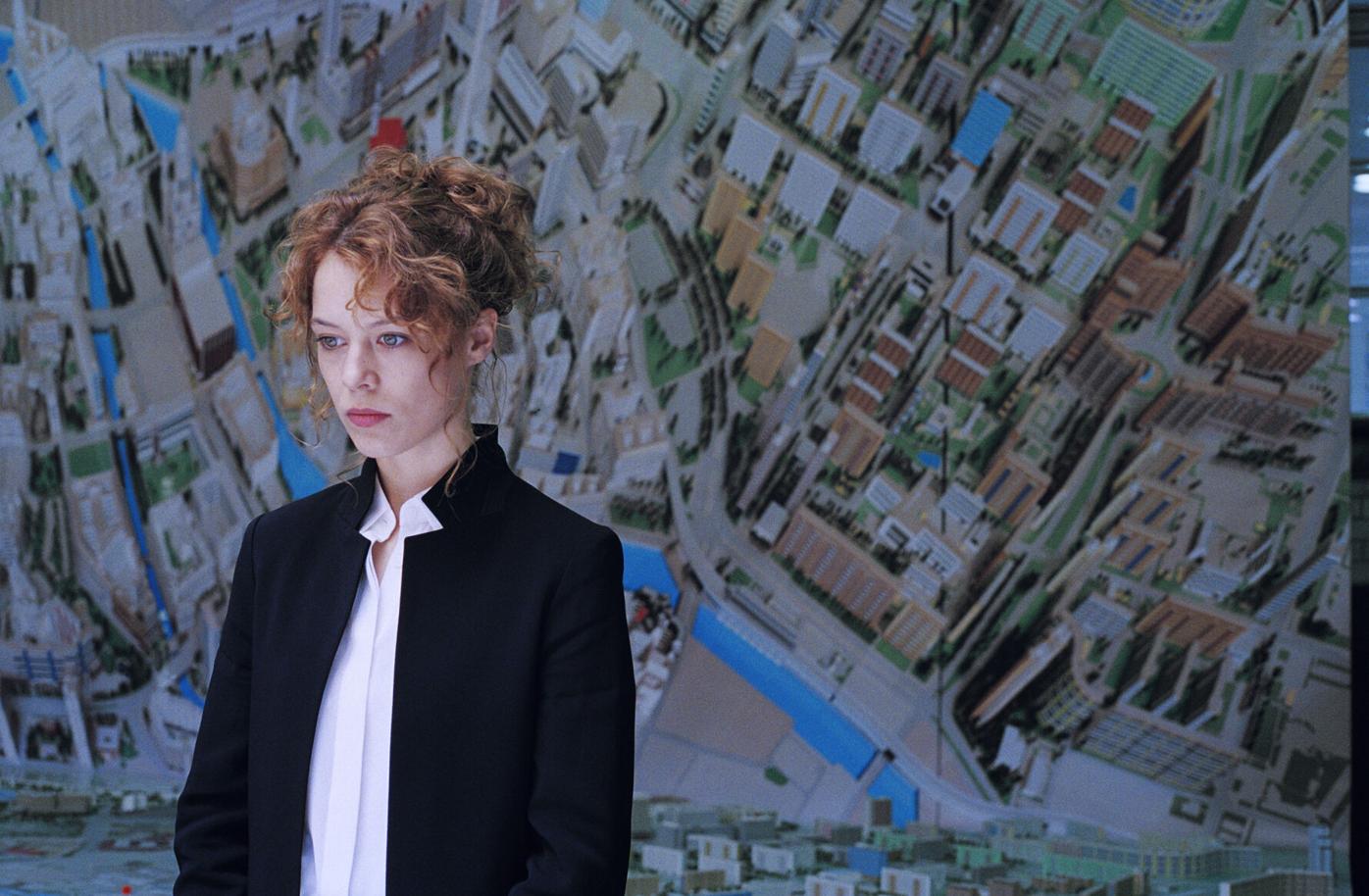 Paula Beer in the movie ‘Undine.’ You wouldn’t necessarily guess, from her smart black suit and her nimble recitations, that she is in fact the Undine, the water sprite of ancient European lore whose love for a human has granted her human form.

The great German writer-director Christian Petzold has a number of recurring fixations: women in trouble, doomed romance, the specters of a grim past hovering over an unsettled present. In film after mysterious, melancholy film, he’s shuffled and reshuffled these noirish elements, placing them in revealing new configurations even when he sometimes relies on the same faces. In his brilliant 2019 drama, “Transit,” Franz Rogowski and Paula Beer played two almost-lovers caught in a kind of temporal loop: It was a wartime melodrama that kept running in circles, turning its characters into captives of history or genre or both.

Beer and Rogowski are back in Petzold’s strange, steadily entrancing new picture, “Undine,” only this time there’s nothing “almost” about their love story and nothing uncertain about their time frame. We are in present-day Berlin, though Undine Wibeau (Beer) dips frequently into the past in her work as a historian and guide, explaining how the city’s recent development reflects and sometimes conceals the scars of its war-ravaged history. You wouldn’t necessarily guess, from her smart black suit and her nimble recitations, that she is in fact the Undine, the water sprite of ancient European lore whose love for a human has granted her human form. That’s where this movie’s sly conceptual gambit — and almost every Petzold movie has one — comes into play.

"Undine" is a poker-faced fairy tale, a fantasy wrought by a committed cinematic realist. It's an example of how a filmmaker can take an outlandish central idea and play it beautifully straight.

His filmmaking is often premised on fascinating contradictions of tone and subject. A devotee of classic Hollywood, Petzold delights in the conventions of old thrillers and melodramas, their pulpy pleasures and overripe contrivances. For all that, his diamond-hard surfaces are exceedingly poised, even cool to the touch. “Undine” is a poker-faced fairy tale, a fantasy wrought by a committed cinematic realist. It’s an example of how a filmmaker can take an outlandish central idea and play it beautifully straight.

We first meet Undine as she’s being dumped by her lover Johannes (Jacob Matschenz) for another woman — a betrayal that might seem banal if not for the almost otherworldly pain we see in her downcast gaze. “If you leave me, I’ll have to kill you. You know that,” she says, more solemn than angry as she invokes their binding supernatural contract. But before she can make good on that promise, Johannes leaves and another young man, Christoph (Rogowski), is suddenly sweeping Undine off her feet, in a scene that’s by turns funny, eerie and ardently romantic. Technically, they both get swept off their feet, flooded with water and bits of broken glass when an aquarium ruptures nearby — a startling accident that feels like a blessing, even a baptism, of their union. It also carries a warning: Some of that broken glass draws blood.

Undine isn’t the only half of this couple with an affinity for water. Christoph, an industrial diver, spends hours beneath the surface of a nearby lake, welding underwater artifacts and casting an occasionally awestruck eye on the wildlife. (This slippery tale of romantic entrapment may not be a catfishing narrative but it does feature a first-rate catfish.)

Beneath the surface, amid gorgeously photographed shades of bubbly blue-green (shot by Petzold’s longtime cinematographer, Hans Fromm), the movie’s romance deepens and so do its mysteries. Undine and Christoph dive headlong into desire, embracing each other’s worlds with playful abandon and refusing to let each other go — an idea sweetly conveyed by the repeated image of Christoph running alongside Undine’s train as it pulls into or away from a station.

There’s some sly mythological foreshadowing to those arrivals and departures. But there’s also a deeper fascination with the very shape and structure of Berlin, whose open plazas, clustered towers and criss-crossing railway lines are sometimes glimpsed from a distance, but mostly represented by the enormous scale model that Undine presents to the public. Beautifully and imperfectly, these structures bear witness to the extraordinary transformation of a city that was destroyed, partitioned and reunified in the last century, and which was originally built centuries ago over the swamps and marshes from which Undine presumably arose.

In one scene, Undine rehearses her next lecture aloud during an intimate moment with Christoph, making explicit the link between this fantastical love story and its historical and architectural foundations. Is Undine, a lover of men, also a kind of guardian to humanity? Do her bonds with Christoph and Johannes — whose eventual return sends the plot spiraling toward tragedy — reflect the conflicted spirit of Berlin itself, struggling to reconcile the old and the new? That’s a less graceful interpretation than Petzold, a master of suggestive ambiguity in films like “Barbara” and “Phoenix,” would typically allow. But in a movie that finds him playing freely with mythological archetypes, perhaps blunter, more concrete metaphors are only to be expected.

At one point Undine invokes the classic design principle that “form follows function,” a rule that Petzold seems to both flout and uphold here. “Undine” has its eccentricities — it’s surely the only film whose musical motifs are a Bach piano concerto and “Stayin’ Alive” — but its unfussy compositions and fluid editing have the same elegant precision as the filmmaker’s earlier work. Its most lyrical effects are exquisitely simple: Somehow, the red of Undine’s tousled hair and the aquamarine of her window curtains convey more undercurrents of feeling than any elaborate CGI frippery would.

Beer, whose face can fill with joy one moment and darken with dread and anxiety the next, is matched in intensity by Rogowski, who makes Christoph so vulnerably lovesick that you may start to fear for him. The actors’ connection feels so right and so true that it works its own kind of magic, to the point where the story’s fantastical context could almost blur into insignificance, though it never does. In “Transit,” these two actors were mere ships passing in the night; in “Undine,” it’s a thrill just to watch them take the plunge.

”Undine,” in German with English subtitles, is in theaters as well as on digital and VOD