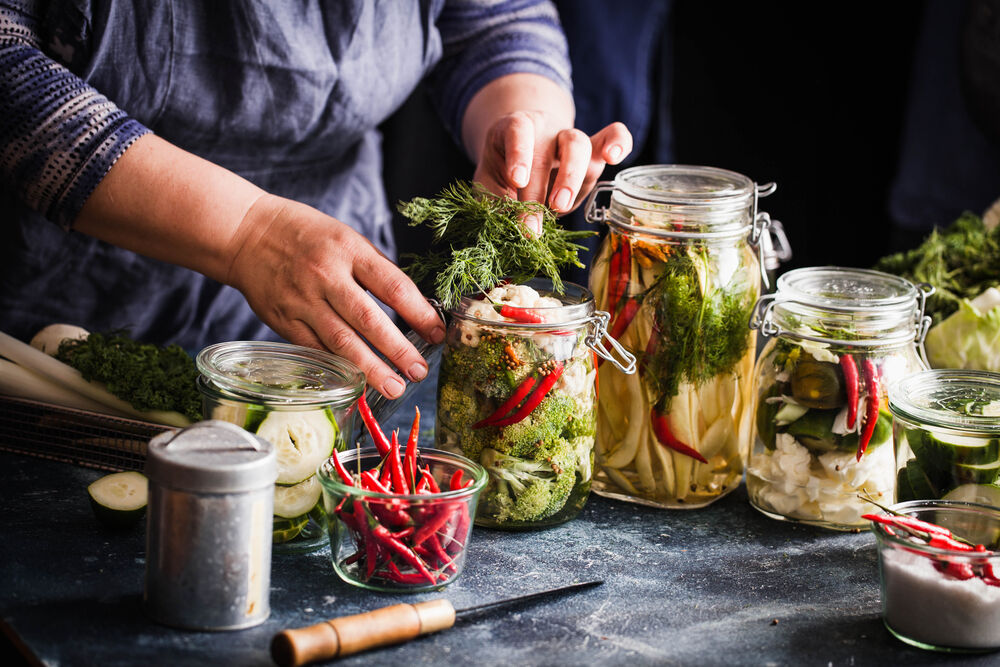 Fermentation, with canning and preserving, became popular during the pandemic and will continue in 2021. 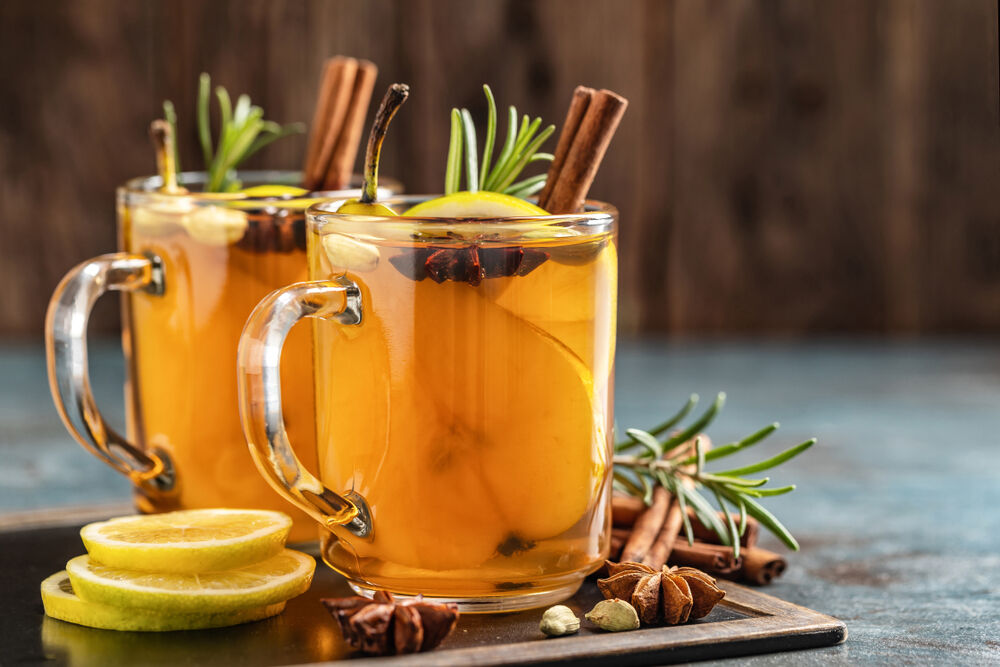 The beverage trend of the year is hot cocktails, from classics (hot Toddy) to “creative new additions to the cocktail canon” involving mulled wine and cider. 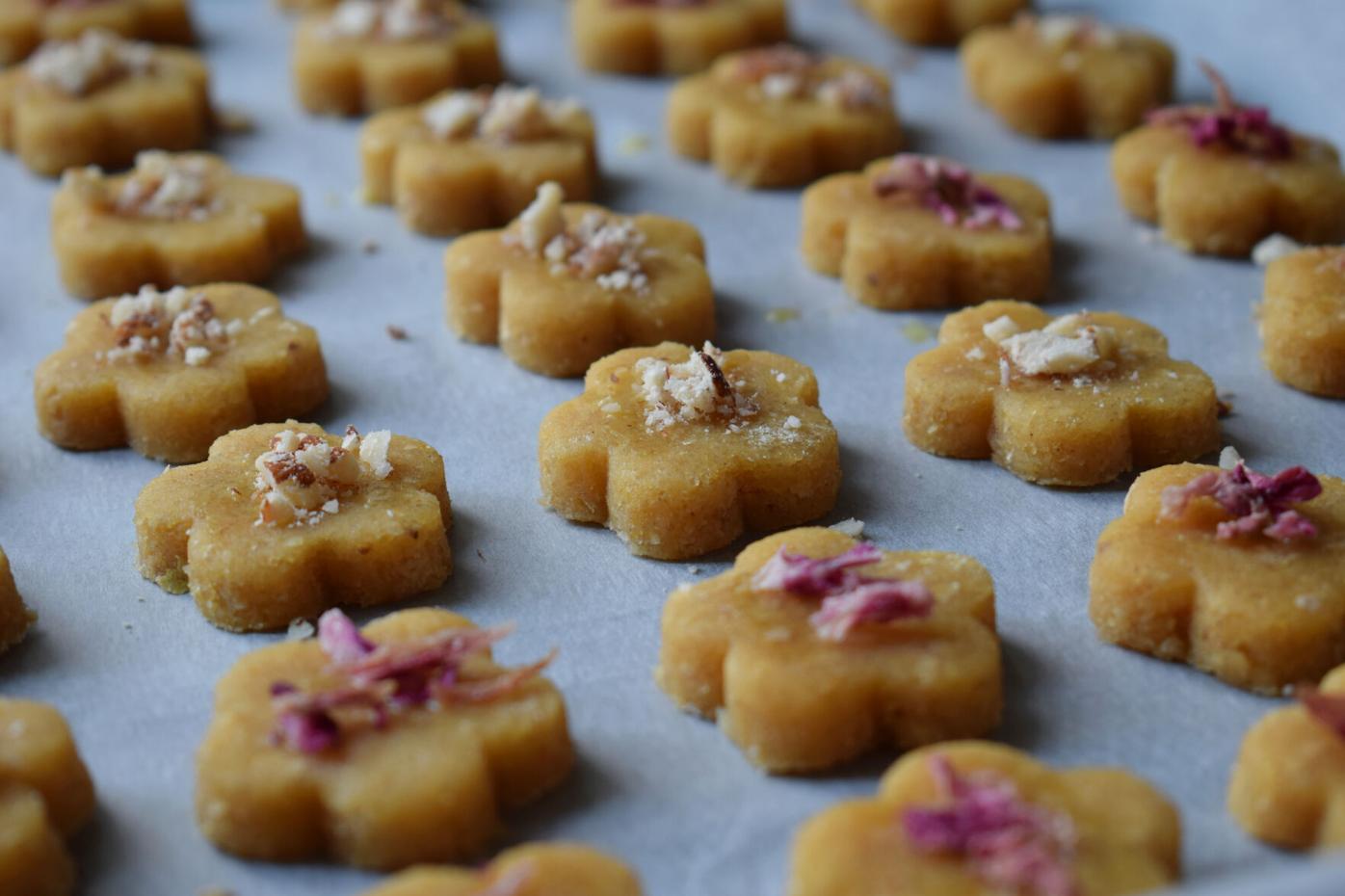 Trend forecasters predict that chickpeas will have a moment, going beyond hummus to desserts (like these cookies) and tortillas. 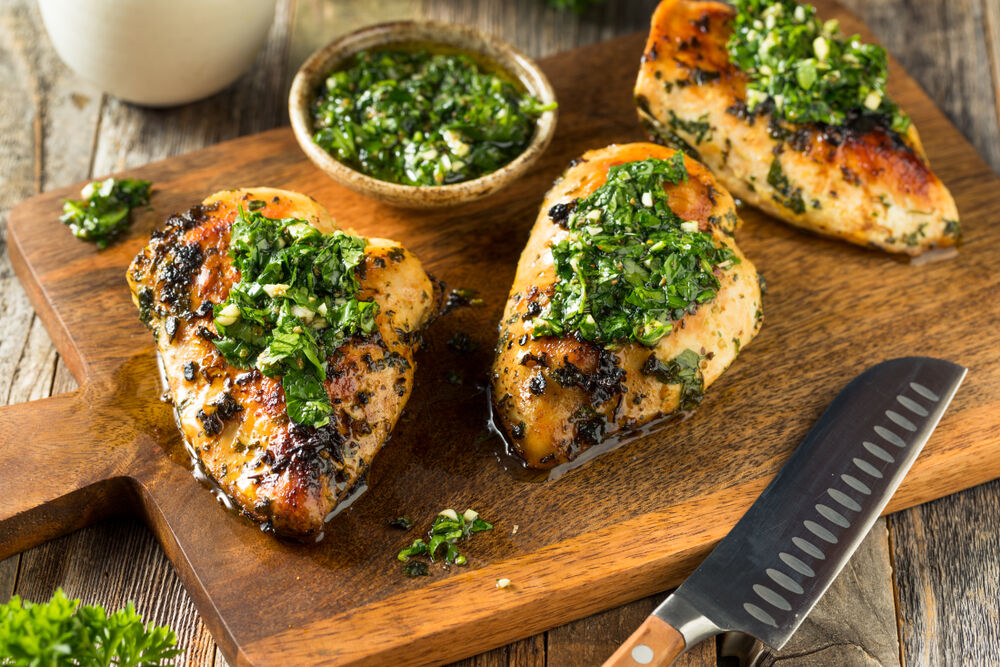 The make-your-own-condiments (like chimichurri, pictured) movement will be huge this year. 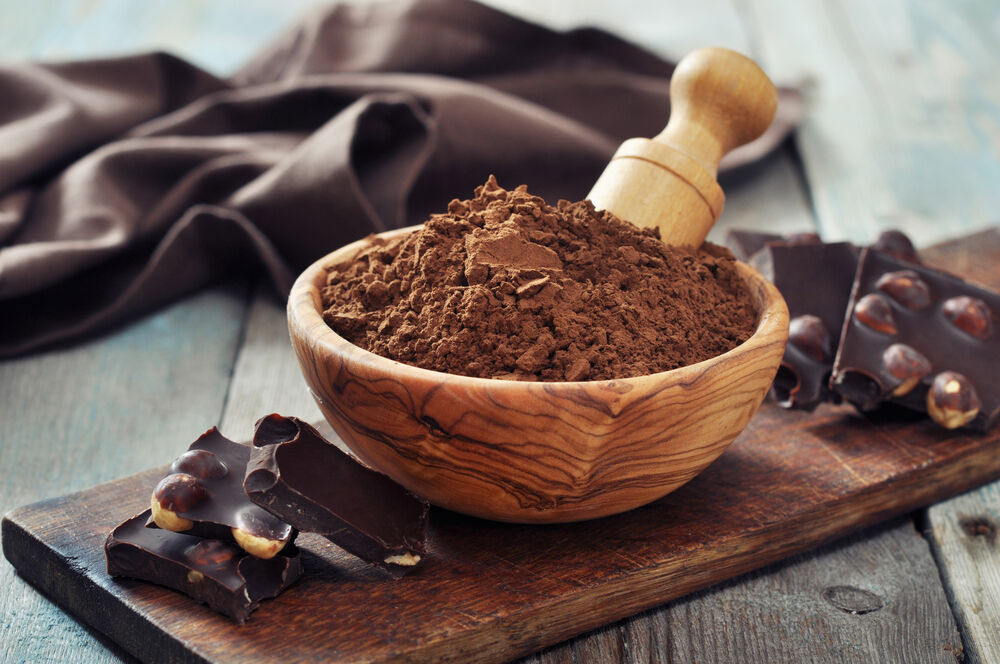 Carob candy will be the treat of the moment. 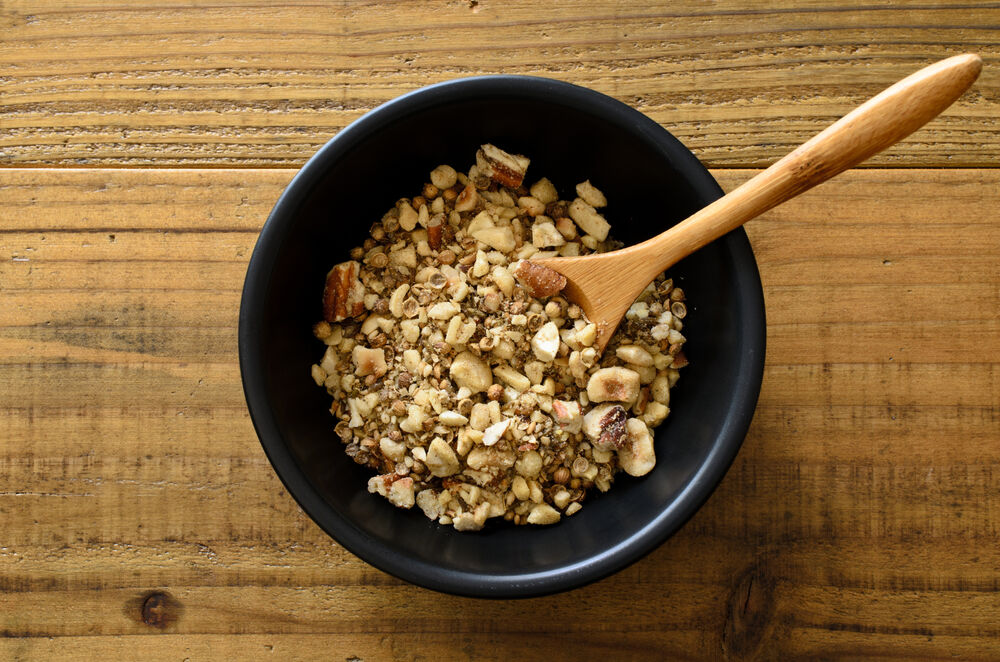 Consumers will find adventure via unfamiliar seasonings and condiments from faraway places: dukkah from the Middle East (pictured), Tajín from Mexico, tempero baiano from Brazil and berbere from Ethiopia.

“It seems absurd to wonder if kalettes will be next year’s hit vegetable.”

After 2020’s endless tribulations, truer words were never spoken, at least when it comes to the year-end sport that is food-trend forecasting.

Rather than engaging in a trite rhapsody on the virtues of kale sprouts, Baum + Whiteman takes its 2021 report in a deeper direction. This year, the New York City-based food and restaurant consulting firm has opted to focus on big-picture issues, even choosing to end with a solemn and much-appreciated pledge: “We promise not to use the words ‘New Normal.’ “

Trend forecasts, often disseminated by food and beverage consultants, supermarkets, hotel chains and publications, are generally rooted in consumer behavioral research and/or sales data. Their conclusions aren’t exactly gospel, although when viewed through the prism of hindsight, some prove to ring true. If nothing else, they serve as an entertaining glimpse into what we might be consuming during the next 12 months.

The folks at B + W foresee several structural changes in the way restaurants operate. Wages will increase. Menu prices will rise. No-tipping formats will materialize. Robots will streamline kitchen operations. Star chefs will gravitate away from long-term leases into more flexible pop-ups.

Another prediction, a restaurant mutiny over excessive online delivery charges, has already come to pass in Minneapolis. Just before Christmas, Mayor Jacob Frey capped commissions on third-party delivery apps at 15%.

Meanwhile, consumers, itching to travel, will find adventure via unfamiliar seasonings and condiments from faraway places: dukkah from the Middle East, Tajín from Mexico, tempero baiano from Brazil and berbere from Ethiopia.

B + W also makes the bold move of declaring a diet of the year. Drum roll ... it’s flexitarian.

“Surprisingly, the percentage of vegans or vegetarians in the U.S. remains pretty stable,” reads the report. “But sales of vegan and vegetarian products are soaring. That’s because Americans are rethinking consumption of animal protein and seeking more balance in their lives by increasingly mixing and matching more vegetables into non-veg meals. Look for hundreds of new plant-based and even cell-based meals on supermarket shelves in 2021.”

Now that takeout has become a way of life, expect to find innovation in terms of sustainable packaging. So says the 13th annual hospitality trends report from AF & Co. and Carbonate, marketing and public relations firms in San Francisco and Cincinnati, respectively.

Jackfruit, monkfruit and hearts of palm will rise in stature, but the food of the year is going to be quesabirria, a mix of cheese and the Mexican stew that’s traditionally prepared with goat but is frequently made with lamb or beef. “The dish is perfect for the moment: comforting, made from inexpensive ingredients and a mash-up of tastes,” reads the report.

Winter-weary Minnesotans will be relieved to learn that the report’s beverage trend of the year is hot cocktails, from classics (hot Toddy) to “creative new additions to the cocktail canon” involving mulled wine and cider. Chinese-American has been crowned the cuisine of the year, with Afro-Caribbean, regional Indian, Singapore/Malay and Jewish cuisines filling out the “on the rise” category.

Every December, Whole Foods Market releases the soothsayings of its in-house Trend Council.

Chickpeas are being hailed as “the new cauliflower,” with shoppers being nudged beyond hummus and falafel into the brave new world of chickpea tofu, chickpea flour tortillas, chickpea-based frozen dessert (mint chocolate chip!) and chickpea breakfast cereal.

Olive oil is going to face increased competition from walnut, pumpkin seed and sunflower seed oils, and coffee flavoring is going to find its way into muesli, granola bars, smoothie boosters and yogurt.

And the chain sees an innovation boom coming to the baby food aisle (imagine an apple-butternut squash purée with ground oats and turmeric), as well as an influx of easy-to-prepare breakfast options, including meat-free sausage patties, gluten-free pancake mix, plant-based “eggs” and bite-size versions of Dutch baby pancakes.

In its 2021 Culinary & Cocktail Trend Forecast, Kimpton Hotels & Restaurants is saying that we’ll be ringing in the new year by forgoing 2020’s deep dive into comfort food (so long, banana bread!) and plunging into detox mode with vegetable-forward diets.

The candy of the moment is going to be carob (they’ve tasted carob, right?), and when it comes to mixology, “extravagance” will be the buzzword. Wine lists will indulge in wanderlust by emphasizing Moldova, Romania, Croatia, Lebanon and other unexpected destinations.

Food & Wine magazine informally polled chefs from around the country for its annual peek into the future.

Highlights? Black food culture, history and traditions will hold the spotlight, and virtual cooking classes conducted by big-name chefs will become even more popular. Mushrooms, tofu and maple sugar will land on the hot list, and the make-your-own-condiments (chimichurri, chili crisp) movement will be huge. That last one plays into a prediction made by Jorge Guzmán, chef/co-owner of Petite León in Minneapolis.

“Fermentation is becoming really big again, same with canning and preserving,” he told the magazine. “We saw a huge climb in this technique during COVID-19 lockdowns, and it allowed us chefs to still be able to support our farms. ... So we canned, preserved, pickled and fermented as much as we could. I think a lot of us fell in love again with this way of preparing food.”

Of all the trends, the most welcome one is hope.

“All we know is that we don’t know what is in store,” said San Francisco chef Ravi Kapur. “It will be tragic and exciting. I know it’s been tough, and the devastation to small businesses is too great to measure at this moment. However, as we’ve seen throughout history, possibly the greatest innovations and evolution will happen after tragic and traumatic events.”