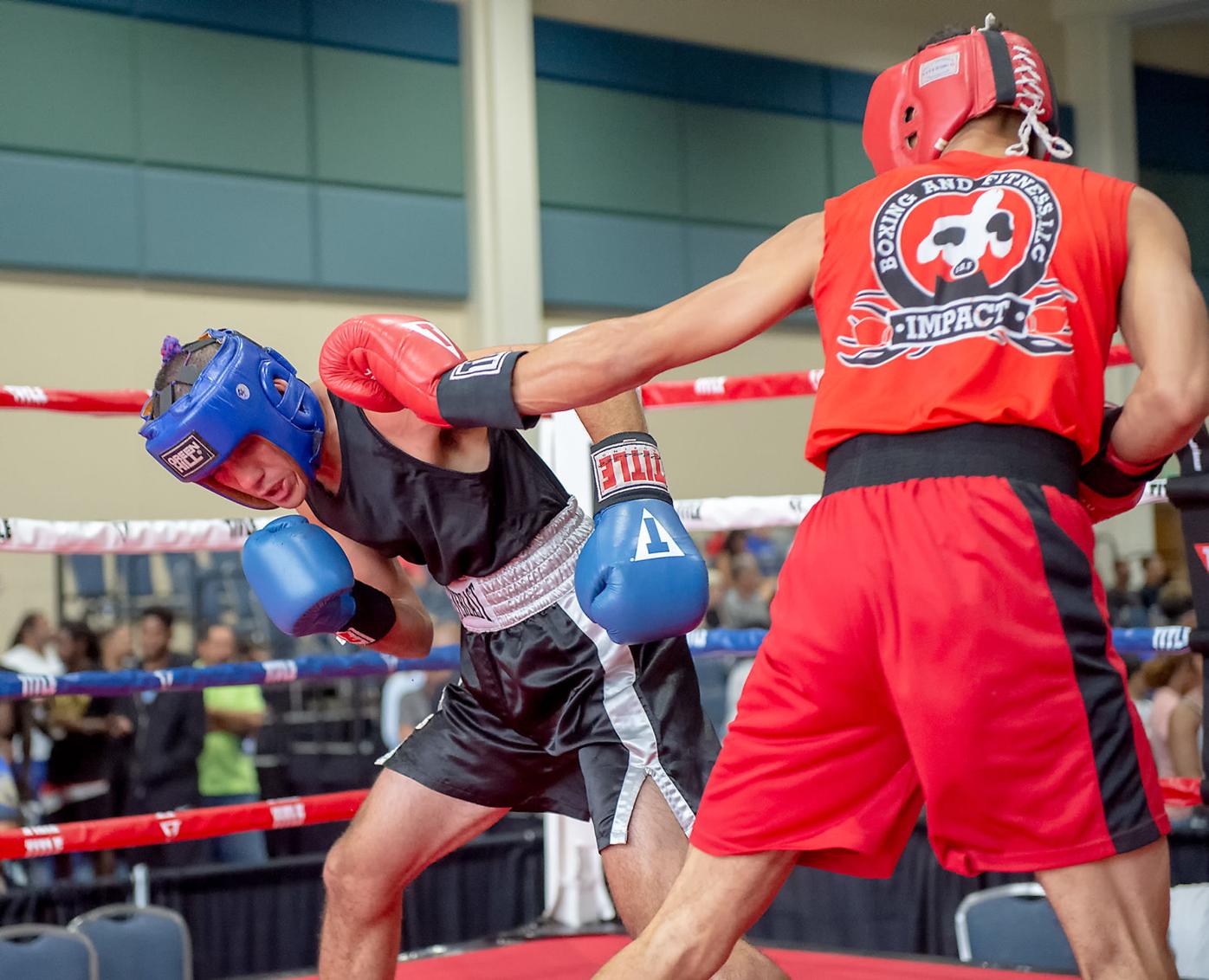 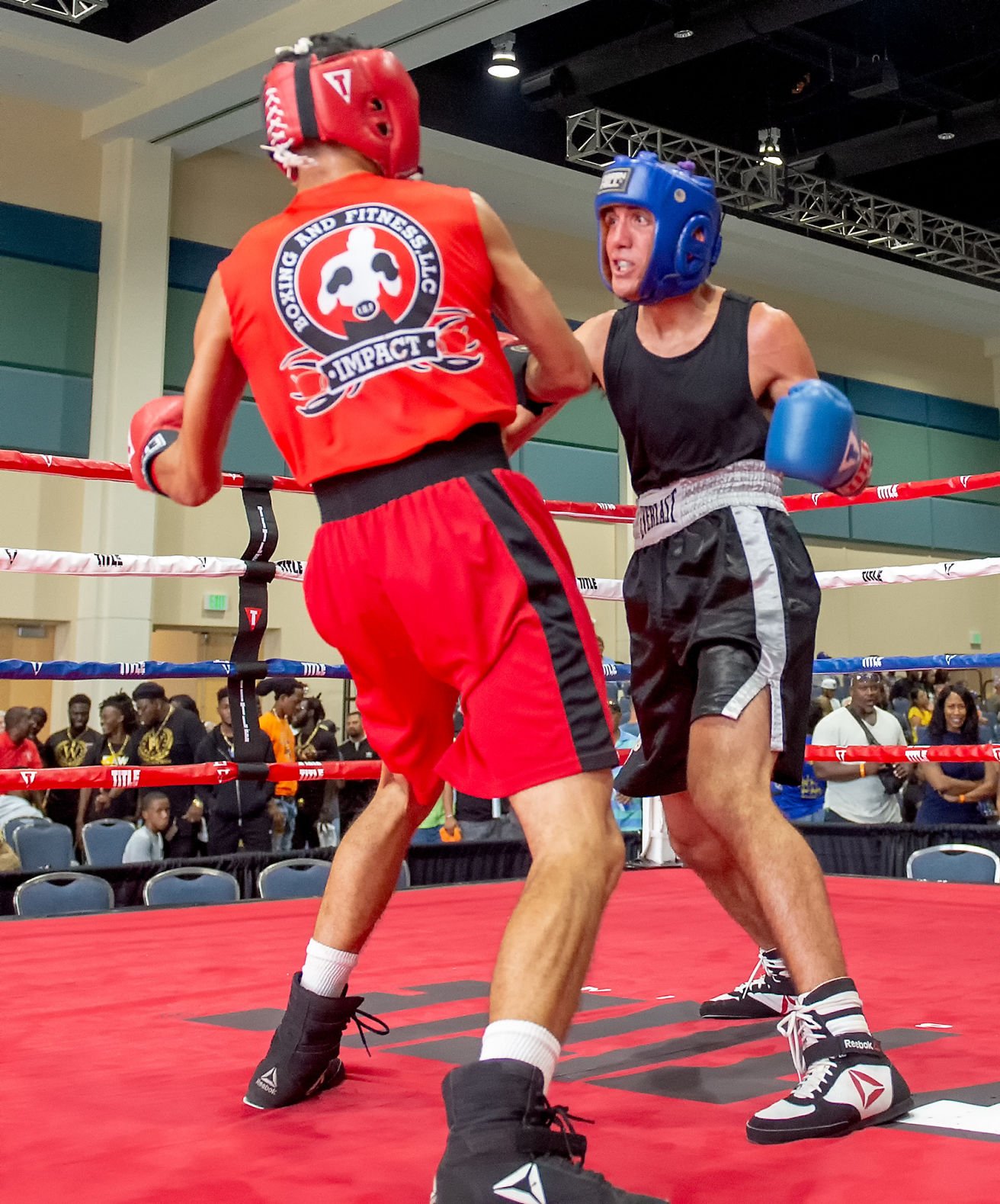 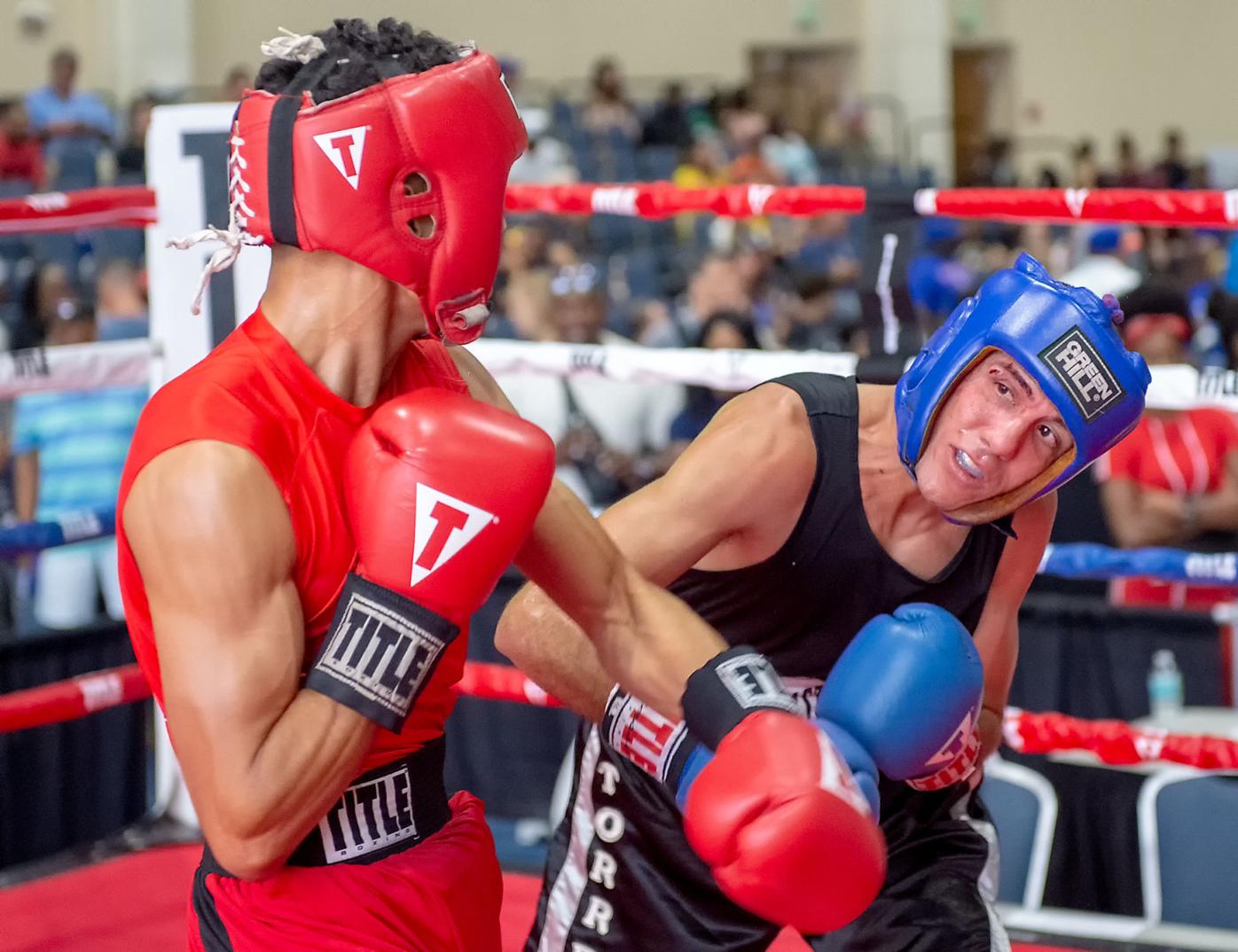 PUNTA GORDA – The Charlotte County Convention Center was the amateur boxing capital of the world Saturday as hundreds of boxers of all ages and sizes and ways of life entered the ring on the first day of the Sugar Bert Boxing regional qualifier, with the winners earning belts and qualifying for the national championships in Kissimmee in November.

For some, it was an opportunity to make a bigger name for themselves. For others, it was a litmus test to see how far they have come in their training by facing live competition.

“Sugar Bert” Wells, who last year put on a great event in Punta Gorda, outdid himself this time. Unlike last year where some boxers earned belts via walkover, there was none of that this time. If you wanted a belt, you had to earn it, and indeed, several championship belts were at stake.

“The event has grown every year. I think we’re at 550 boxers in 34 states, The Bahamas, Puerto Rico and the Virgin Islands,” Wells said. “There are teams from all over the country and we sold out today.”

These bouts have a special meaning for some of the more elite fighters. With the Olympics coming next year, there is an urgency to earn victories against good competition and get their names out there.

“This is like an Olympic Trial event. They get the competition they need. Some of these boxers you see can possible be on the U.S. Olympic Boxing Team in 2020,” Wells said. “That’s right around the corner and Punta Gorda has become an international event now.”

Saturday started with the youngest boxers, as young as age 8. Despite their age, some have already put up impressive resumes.

Yandiel Lozan, 12, of Puerto Rico has already fought more than 65 bouts, winning a vast amount of them, including Saturday in taking his fourth career belt.

“In the third round you have to be stronger than the other fighter,” Lozan said through an interpreter. “I want to fight professionally and in the Olympics. I brought more than 20 family (members) and friends from Puerto Rico.”

Orieaun Moreland, 16, of Atlanta, meanwhile, won his first belt and believes he had a lot more in his future.

“I’m happy and I’m going to train harder and harder. I’m starting to attend these events because this is going to be my future,” Moreland said, who wants to win a championship. “I like the sport and I like to fight and I found boxing and it’s a better lifestyle for me. There’s a lot of money in it, it’s fun and I can help my mom.”

Two fighters from the local area were here to represent. David Torres, a Realtor and warehouse worker at Walmart who trains as a fighter in his off time, fought in the 132-pound sub-novice class against Alexander Hernandez, who gave him some boxing lessons the hard way.

Torres struggled much of the fight, was cut over the eye in the second round and took a standing eight-count in the third before making it the distance in losing a unanimous decision.

“I went out and did the best I could. I guess I need to go back to the drawing board and keep working,” Torres said. “I thought I was ready, but I didn’t let my hands go enough.”

Troy Carter, who has worked with Torres, said he got confused and disorganized.

“He didn’t really seem to know what to do and where to go. (Alexander) is a good fighter, and it has to do with mindset. We did everything possible, but it’s the mindset. It’s like a date, you’re either ready or you’re not.”

Meanwhile, Sergii Kovbar, from North Port via the Ukraine, had a long wait before his fight with fellow Floridian Richard Graham. Kovbar, who has done a lot of sparring before his first fight, admitted he was nervous.

“I’m a little nervous, but I think I’m going to win. I’ll be okay when I take that first punch,” Kovbar said through an interpreter.

Kovbar advanced to the winners bracket Sunday as the result of a walkover.