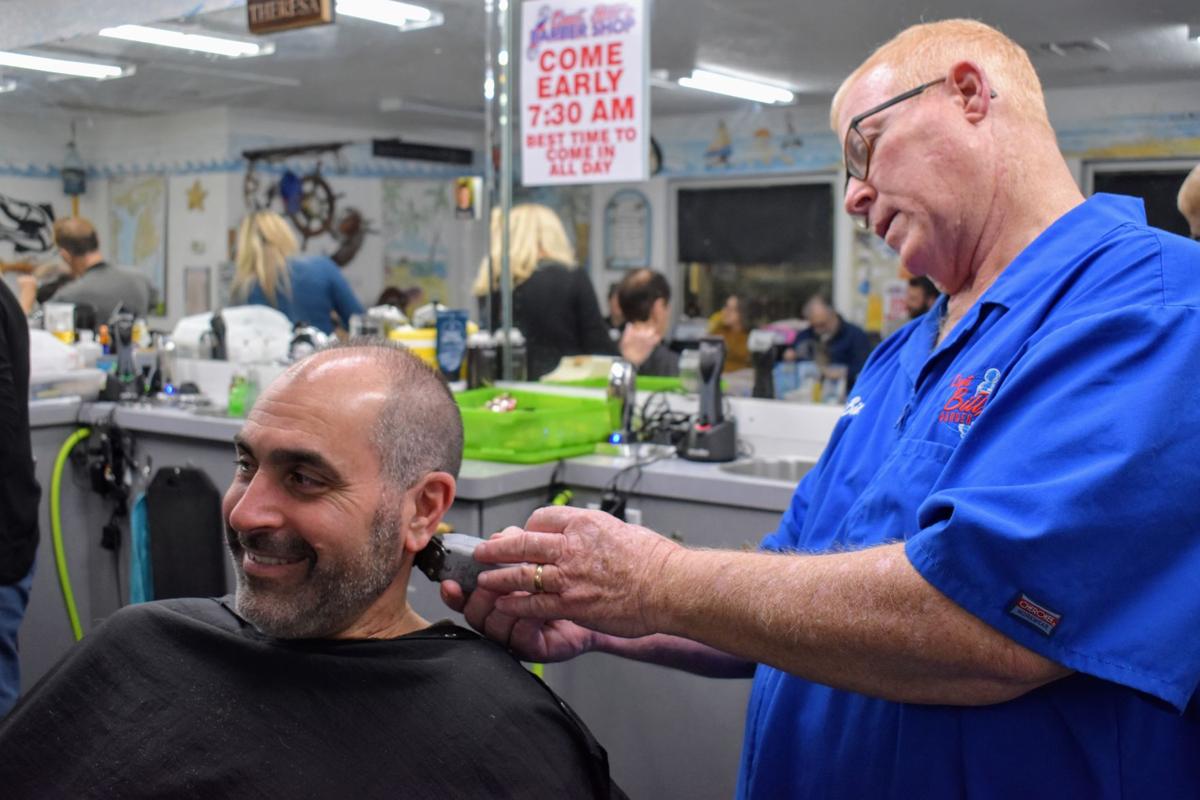 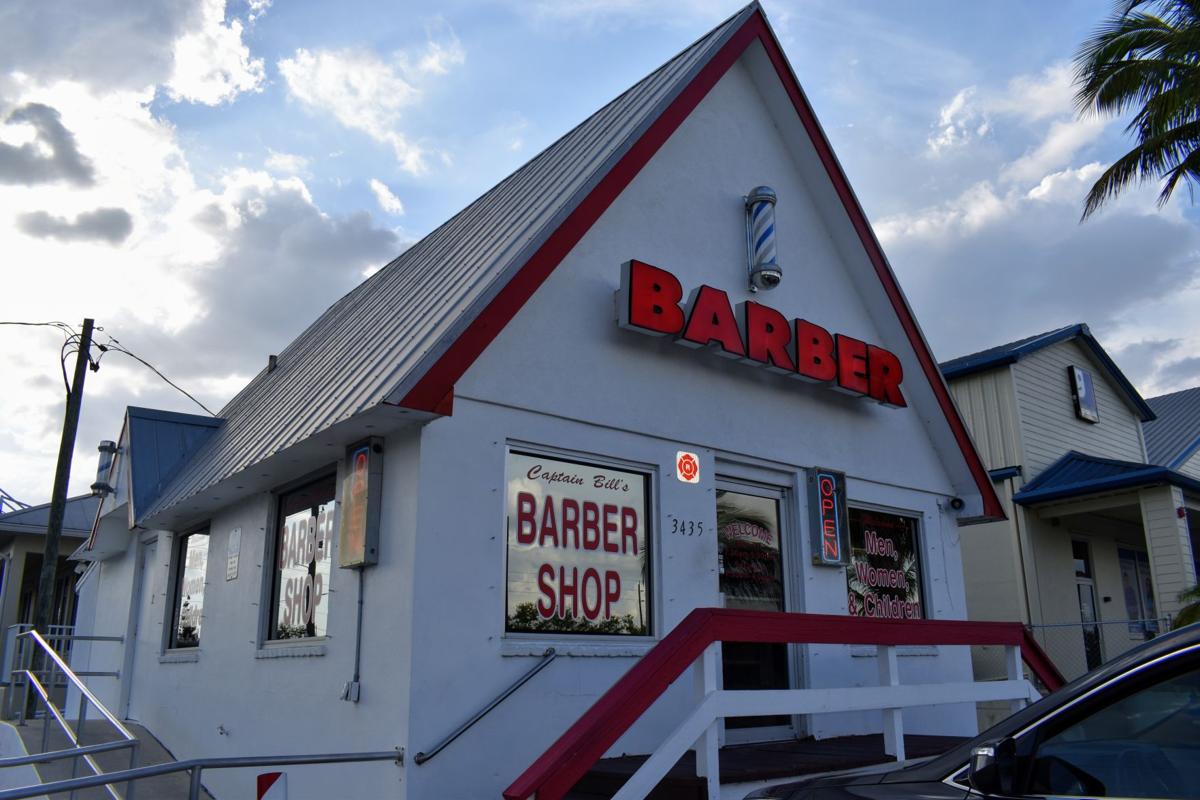 PUNTA GORDA — Dr. John Guarino had been going to Bill Rogner’s barbershop for over 10 years.

He’s gotten the same haircut every month: a trim and an old-fashioned shave with a straight edge.

Guarino started off as a customer, but in November he became much more when he saved Rogner’s life.

Thursday, Rogner returned to his shop with Guarino as his first customer since recovering.

Rogner, who is known to the community as Capt. Bill of Captian Bill’s Barber Shop in Punta Gorda, had an abdominal wall hernia growing since a previous surgery nine years ago, according to his daughter, Mary Rogner-Raymond. The hernia, which was roughly the size of a basketball, Guarino said, would cause Rogner to vomit for three days in a row.

But in November, the hernia became so bad that Rogner was throwing up 25 times a day for five days.

Finally, his wife convinced him to call Guarino at 5:45 a.m. Guarino wasn’t even awake yet, but nonetheless told Rogner to go to a hospital to get diagnosed. Guarino then took him into emergency surgery for four hours with his associate, Dr. Matthew Tufts.

“He was within hours of dying ... The surgery could’ve killed him,” Rogner-Raymond said, with tears in her eyes as she watched her father back behind the barber’s chair again. “It’s just good to have him back.”

Rogner spent the next four weeks recovering at the hospital.

Though Rogner hasn’t fully recovered yet, Guarino has cleared him to go back to work.

“I’m just glad to be alive,” Rogner said while trimming the top of Guarino’s head.

Though some would expect to be nervous going back to work after so long, Rogner felt comfortable with Guarino being his first customer.

“As good of a surgeon I am, he’s that good of a barber,” Guarino said. “The world is a better place with Captain Bill.”

After the haircut, Guarino, thankful to have his signature haircut back, said he felt like he lost five pounds, and Rogner was thankful to be alive.

When I an visiting Punta Gorda, Captain Bill's is always one of my stops. Keep on keepen on Captain Bill.