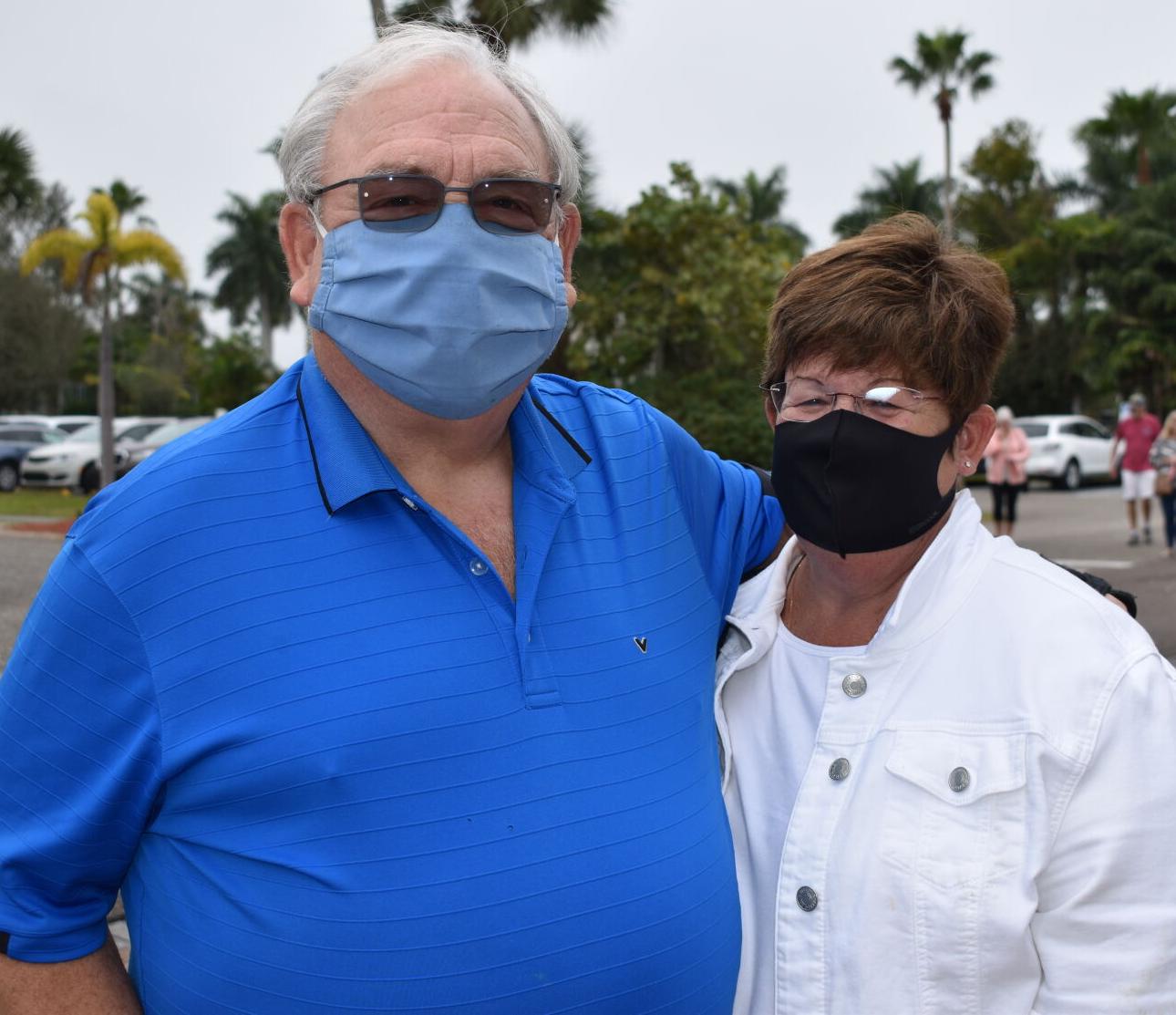 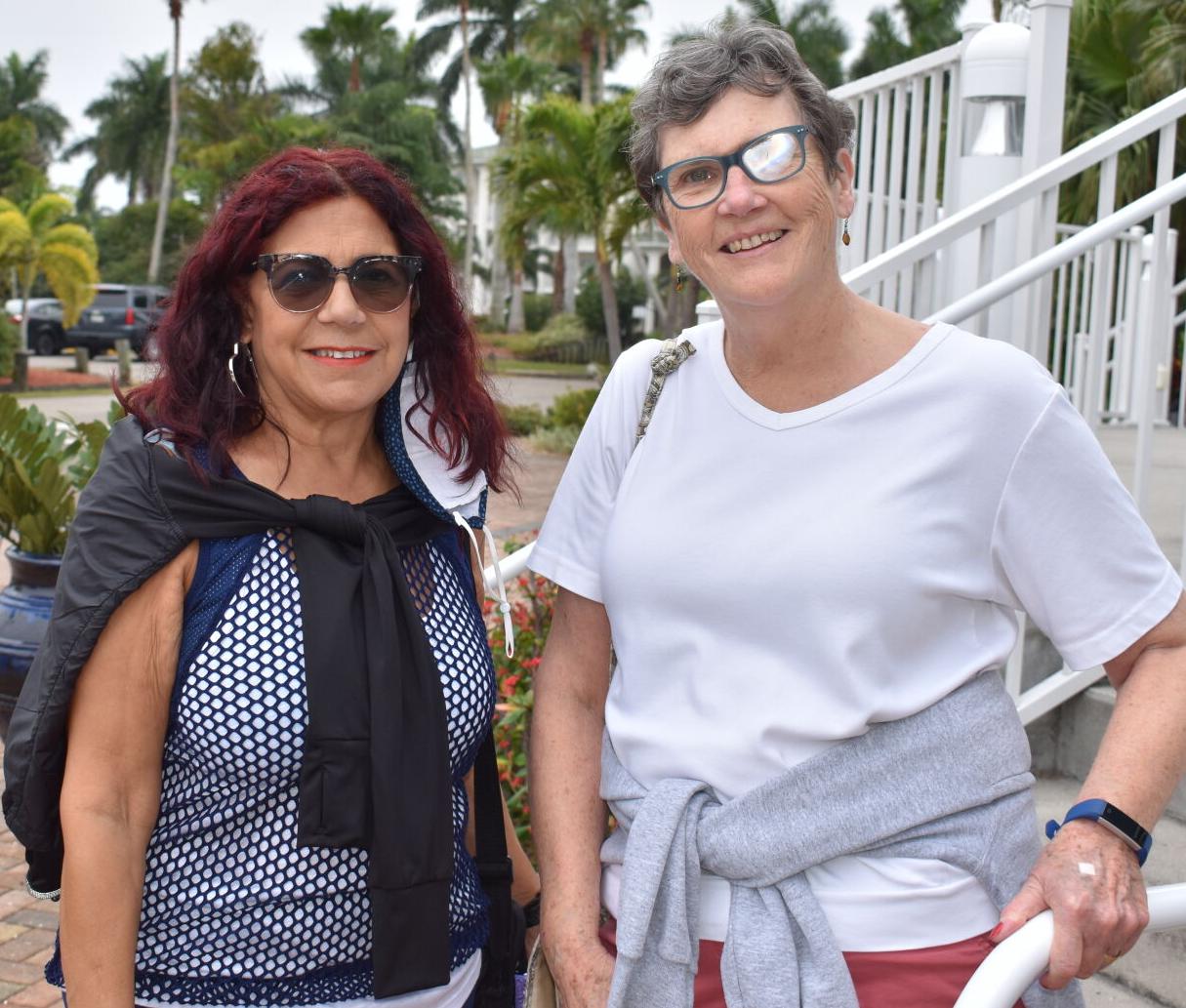 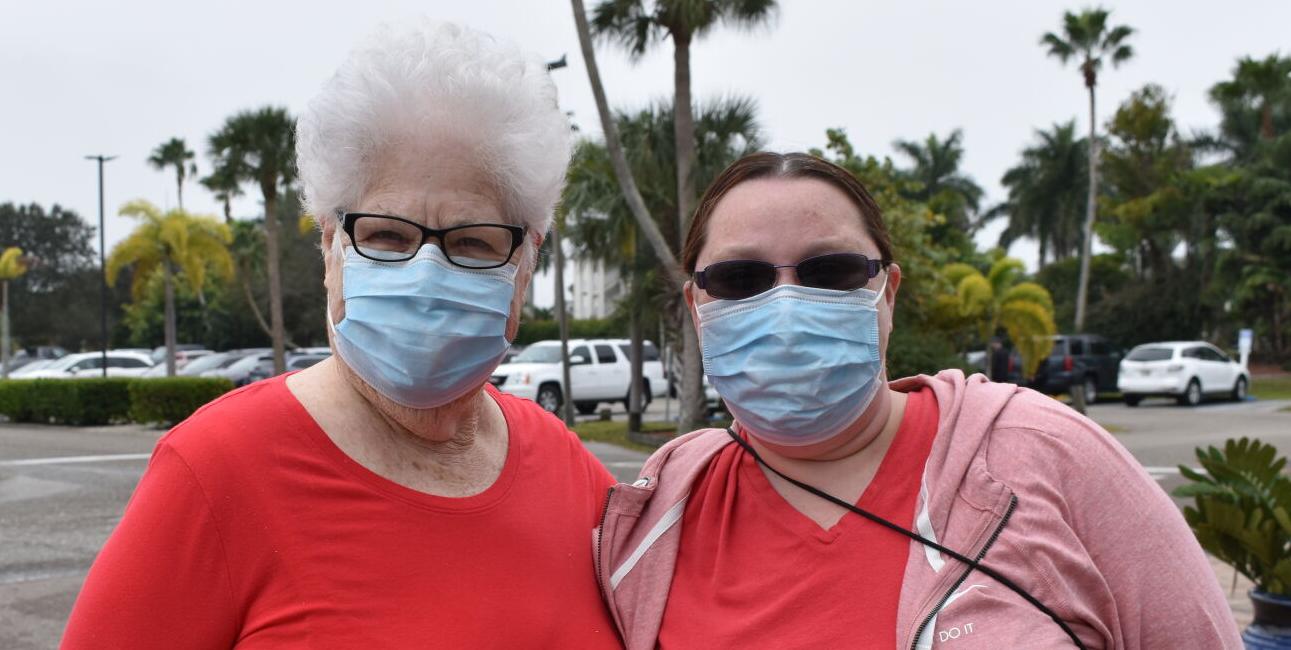 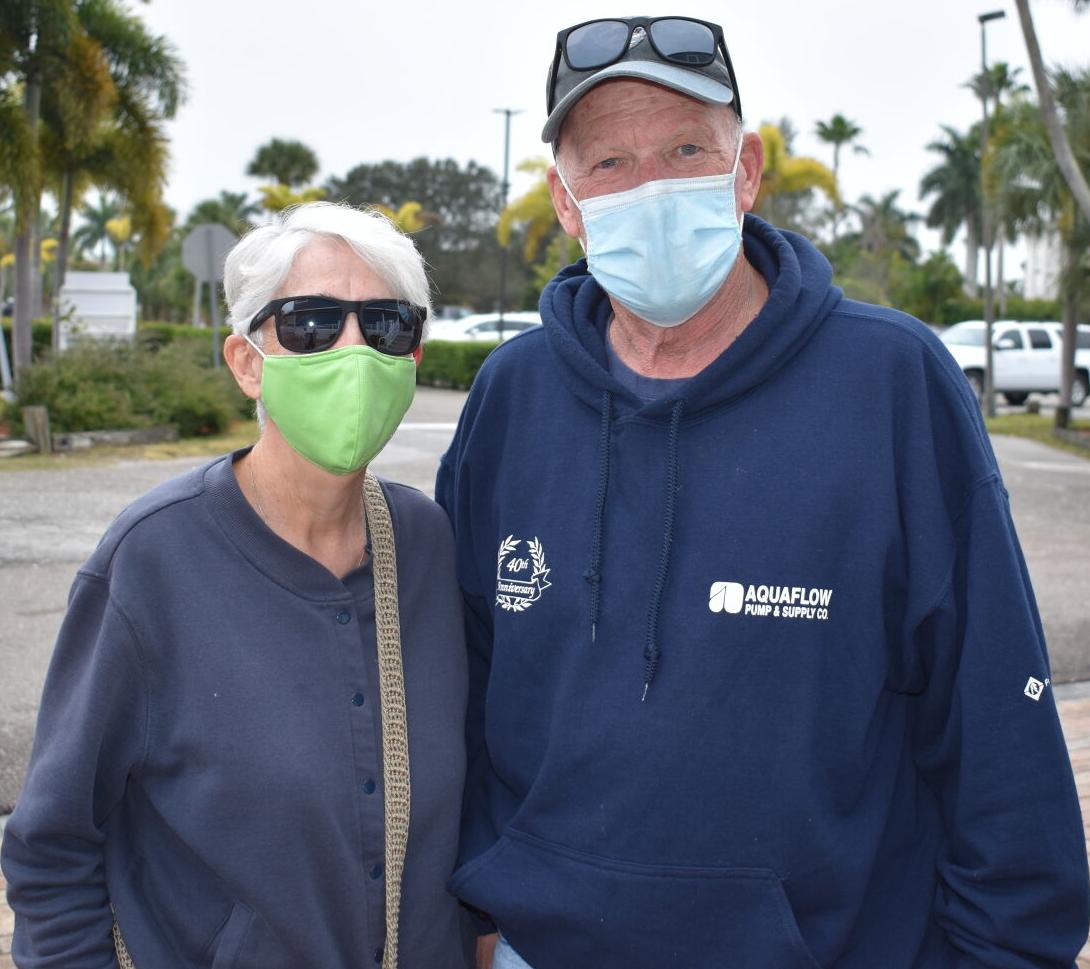 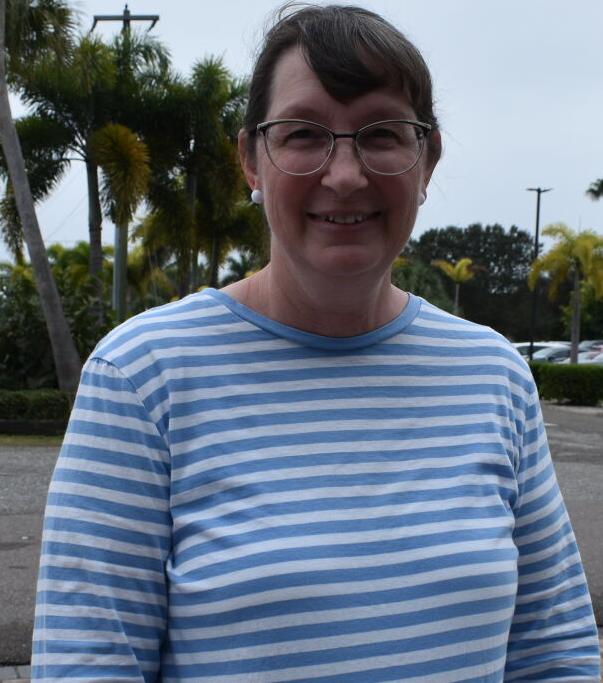 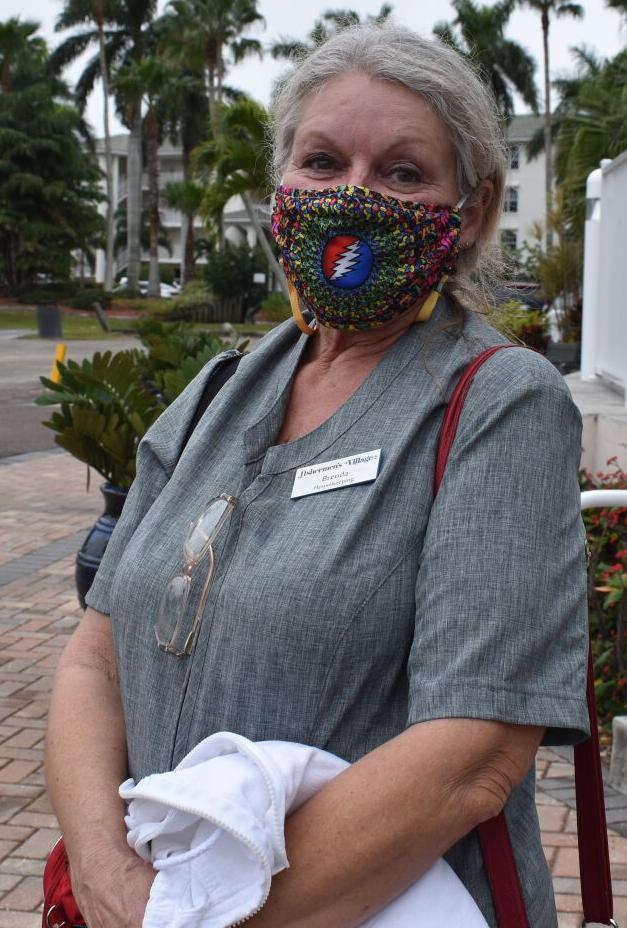 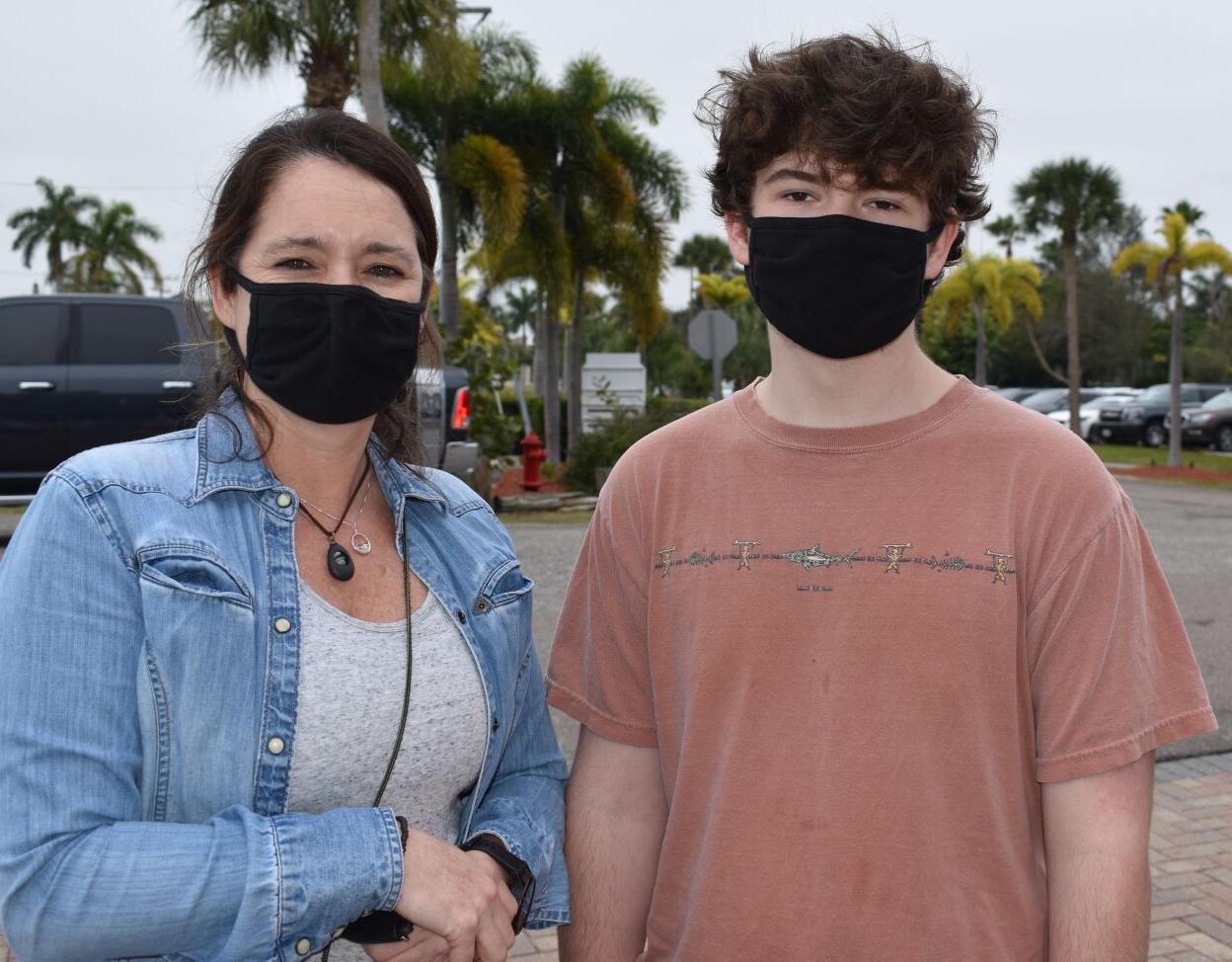 Vicki Black and her son Thomas 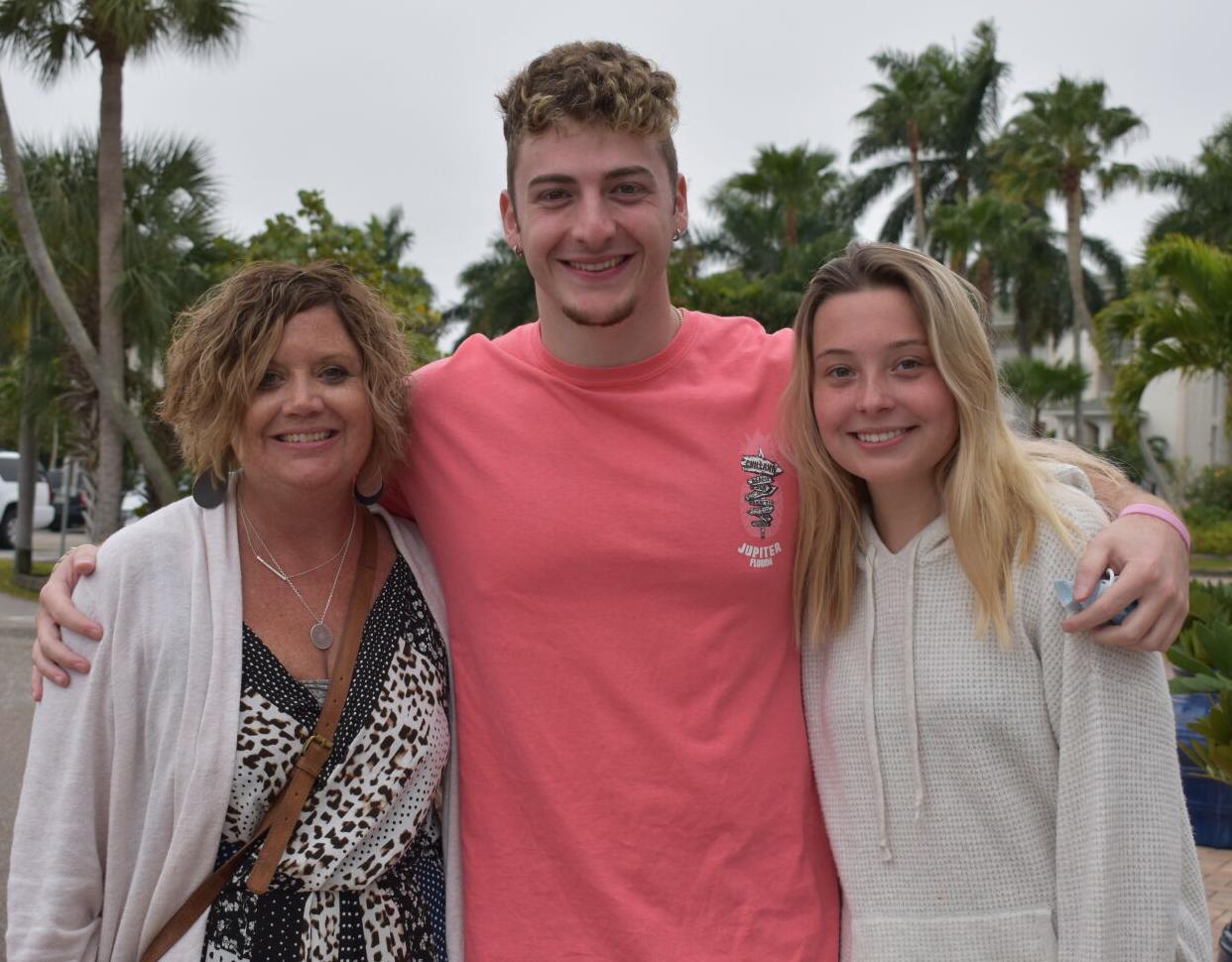 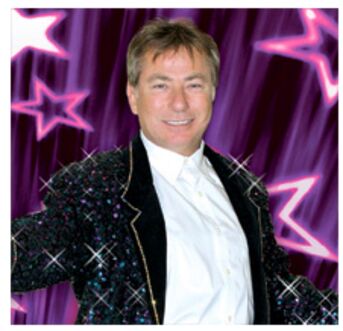 Tuffy (Cornell) Nicholas, producer of American Super Circus, entrepreneur and owner of multiple Trump shops across the U.S., has closed down his stores selling Trump memorabilia, saying he felt as if “they let the air of the balloon.”

Vicki Black and her son Thomas

Tuffy (Cornell) Nicholas, producer of American Super Circus, entrepreneur and owner of multiple Trump shops across the U.S., has closed down his stores selling Trump memorabilia, saying he felt as if “they let the air of the balloon.”

When asked how they felt about the Jan. 6 Washington, D.C. riot in which the Capitol was stormed and vandalized, and whether President Trump should be impeached, just about everyone asked by The Daily Sun expressed sadness and fear over what would happen next.

And all said they were distressed over recent happenings.

Two of those supporting President Trump were vehement in their opinion that the riots were caused by antifa, an anti-fascist group, while others, regardless of whether they voted for Trump or Clinton in 2016, said they thought the president should be impeached.

But the universal feeling was that all hoped a healing would come to our nation.

The Daily Sun this week polled folks shopping at Fishermen’s Village in Punta Gorda about recent events. Here is what they said:

Michael and Michelle Nagle were visiting from Fort Myers. Michelle called the incident “horrendous” and said Trump should be impeached. But her husband had stronger language. He called the riots “terrible” and said those involved “should all be hanged and shot,” adding, “Trump should not be allowed to ever run for public office again.”

Sandy Fiel of North Port called the storming of the Capitol “a disaster.” She said the president “should be impeached.”

Miriam Mendoza, a retired teacher, was shopping with her friend Kathy Tapogna. They both said the president should be impeached.

Arcadia resident Carroll Scott was visiting with her granddaughter Amanda Scott. “I don’t feel too good about it,” said Carroll. She said she was “speechless” watching events unfold on TV last week. She blamed the riots on “the young punks who were showing up.”

Cheboygan residents and Punta Gorda snowbirds Carolyn and Dan Miller and Dan’s sister Margaret stopped to talk with the Sun. Margaret said she was “very sad” over what happened in Washington, and Carolyn said she was both “distressed and sad.”

Mary Ellen and Chip Gruber grew silent when asked how they felt. Mary Ellen said, “It was a sad day for America.”

Chip said he agreed with the recent words of ex-president George W. Bush who, according to Chip, said, “This is what happens in a banana republic.”

One couple had a different take on recent events. They refused to give their names or hometowns, but the wife said she was born in Hong Kong and compared the riots at the Capitol to Chinese communists in her former home city. She and her husband said they thought it was an inside job and that the riots were staged.

They weren’t the only people who believed in various conspiracy theories, but the few who did subscribe to those theories refused to give their names or be photographed.

Joy Sippel was visiting from Wisconsin. Her expression changed when she was asked how she felt about recent events, and she had one word: “Sad.”

Several others who declined to give their names or be photographed, also said that they thought the riots were terrible and that they were sad over what happened in Washington.

Michael Sullivan and Amy Stratton said the nation should come together. The Indiana residents said they were not happy over had transpired, but thought the president should not be impeached.

Brenda Sharp of Port Charlotte, said she was “nervous, scared, and shocked” over recent events, and she said the president should be impeached.

Jack and Nancy, a couple from North Fort Myers, were happy to share their opinions. “We’re Trump supporters for sure,” said Nancy. Jack said, “I feel as though (the media) doesn’t paint the truth.”

They said Antifa started the riot and Trump didn’t have anything to do with it.

Nancy said she believed “God would bring the truth out.”

When asked whether The Daily Sun could photograph them, Nancy balked, saying, “No, they use facial recognition.”

North Fort Myers resident Hannah Lombard was with her daughter Robyn Lombard and her boyfriend Brandon Knox, visiting from Pennsylvania. Hannah said it was “sad what our country is going through, and also embarrassing.”

Vicki Black was with her son Thomas, who is a high school senior. They live two hours south of Washington, D.C., Vicki said. They were visiting Vicki’s father who lives in Punta Gorda, and to help her stepmother. Vicki said she was surprised by her father’s opinions that were influenced by what he reads, she said.

Apparently Vicki and her dad were on two sides of the aisle. She said that she wasn’t surprised that recent words uttered by Trump led to the riot.

Thomas said, “I never expected they would get into the Capitol.”

On Vicki and Thomas’ plane ride to Florida from D.C., there were people “who had been at the rallies,” she said, adding, it was “interesting to see” those wearing pro-Trump clothing and logos.

One entrepreneur made money because of Trump’s campaigns, rallies and supporters who bought MAGA hats and other articles of clothing, not to mention signs, banners, bumper stickers, mugs, magnets, and other Trump memorabilia. Producer and ringmaster of Super American Circus, Tuffy (Cornell) Nicholas, opened Trump shops throughout the U.S., including one on U.S. 41 in Port Charlotte.