A Total Wine & More store is expected to occupy the 28,850-square-foot space that was supposed to house Lucky’s Market at the Port Charlotte Marketplace on Cochran Boulevard. 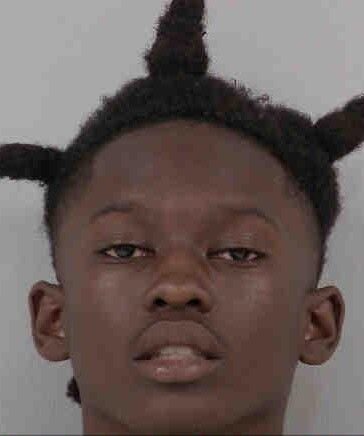 I joke on here regularly that you all really love your restaurants. Stories on eateries regularly are in the Top Five.

Well, you all apparently love alcohol, too. Our story on the Total Wine store coming to Port Charlotte was the most-read article on our website. I was kinda befuddled about the interest in the story until one of our reporters said to me, “It’s the superstore of wine stores.”

The first Total Wine & More will be located where Lucky’s Market was supposed to open but never did — in the Port Charlotte Marketplace, 19400 Cochran Blvd.

If you want to know more about the store, including what exactly it sells, visit the story at: bit.ly/31uxhcX

OK, let’s move on with the rest of the Top Five:

Yes, this daily update is still in the Top Five, where it has been since March of last year, never once dropping off the list.

You can sign up to get the daily email by signing up for the “Breaking News” newsletter at: YourSun.com/newsletter

This story was in the Top Five last week and remained there this week — likely, I’m guessing, because a lot of people did not know we had an outdoor place called “Redneck Mud Park” in Charlotte County.

A woman who was driving an ATV there apparently lost control of the vehicle and was ejected, eventually dying from the wreck, according to reports.

The Redneck Mud Park’s website was promoting a Spring Break Trucks Gone Wild event the weekend the crash happened. The investigation is ongoing.

By the way, a few days after we ran this story, we wrote a follow-up story that showed just how often paramedics must respond to this park. It’s a lot. In fact, during the weekend when the woman died, injuries included a concussion from an ATV rollover, an ear amputation from an ATV rollover, a finger amputation from a truck winch, and admitted heroin withdrawals, according to dispatch records.

If you have kids, you may have taken them to the Sarasota County Fair at one time or the other. Our story on the shooting that happened there was shared thousands of times — likely by parents.

And here is the scary part: there were actually two different acts of gunfire that night. The second one was just a gun being fired in the air. But in the first one, according to police, Ansel L. Acosta, 15, shot an 18-year-old after getting into an argument with him. Acosta was charged with aggravated battery with a deadly weapon with intent to kill; culpable negligence and brandishing a firearm in public.

To read more about this shooting, plus the other one that happened, read the story at: bit.ly/2PjyGR3

For the second week straight, this story about a new eatery coming to the area has finished in the Top Five. Our food columnist, Sue Wade, writes these updates every week, and even though I’m not a foodie who wants to try out new restaurants, she makes me want to do just that.

To read her piece about Cape Haze Tavern, visit: bit.ly/3dmpqDE