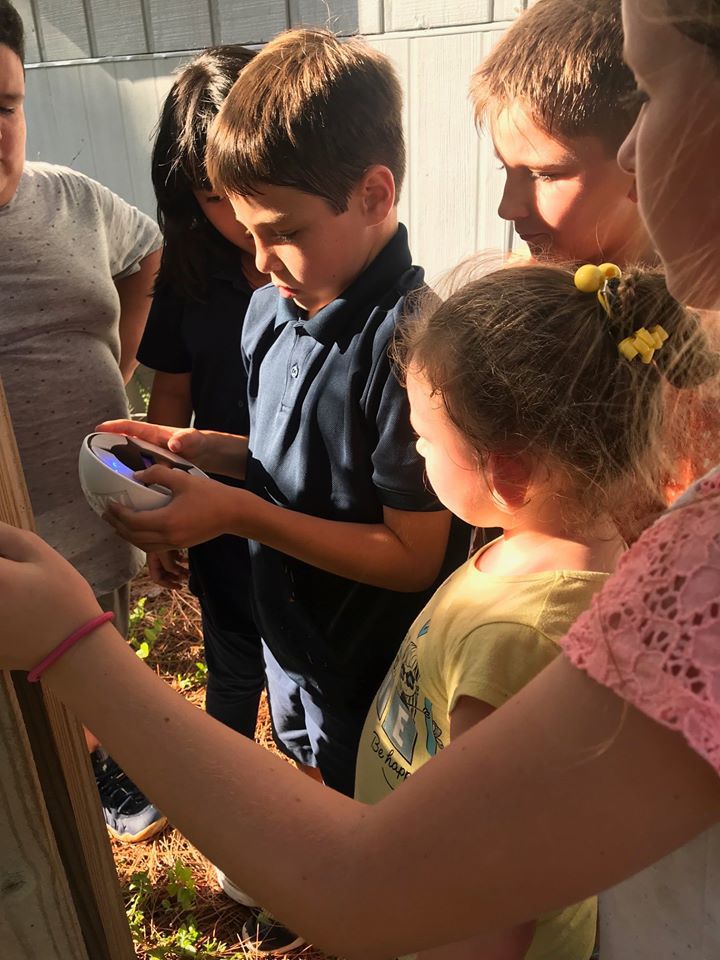 The Englewood Boys & Girls Club playing with Countdown in October.

The Englewood Boys & Girls Club running away from the seeker in Countdown’s hide-and-seek. 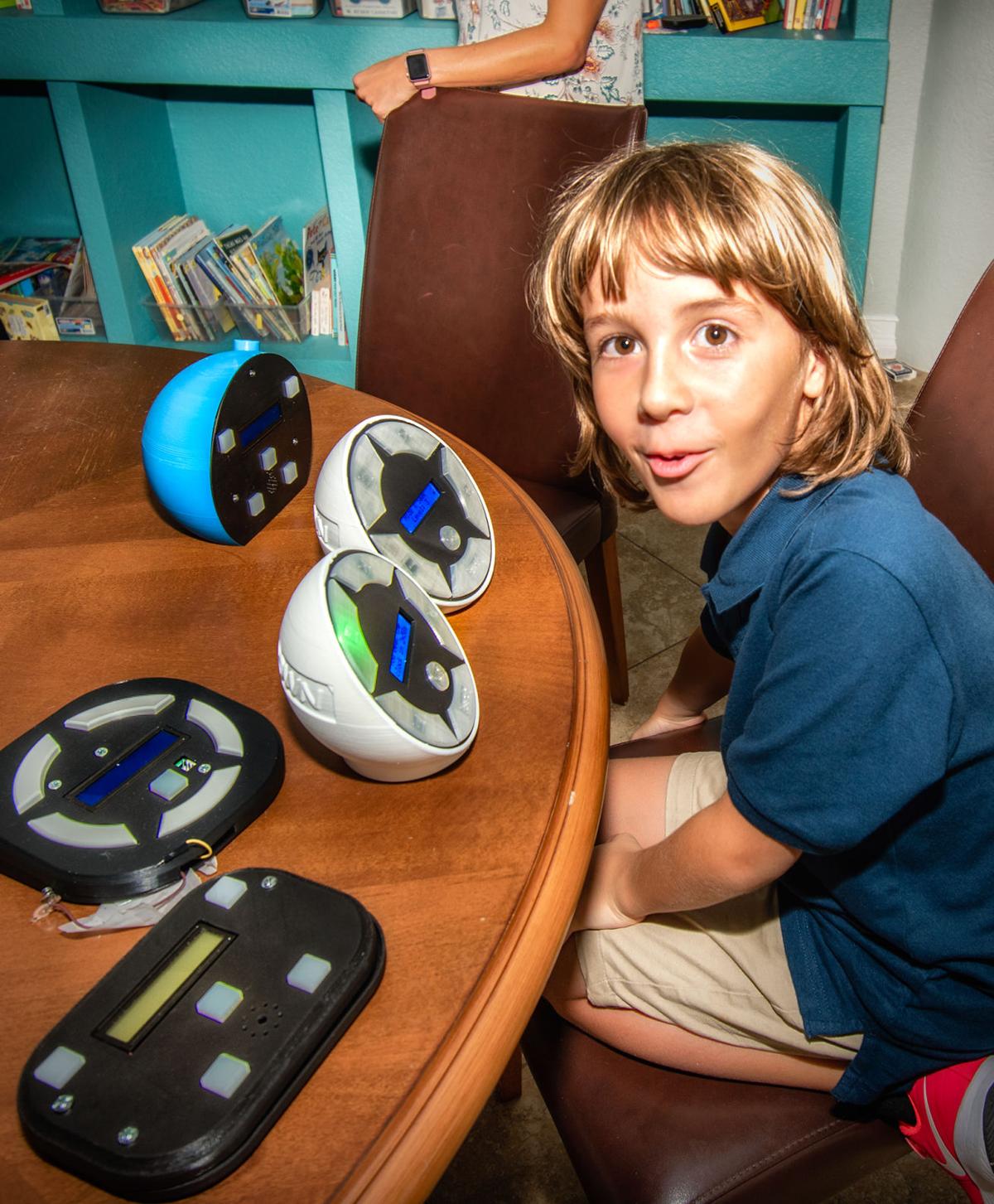 Sebastian Andreae, 7, loves testing out new versions of his dad’s Countdown toy, finding patterns in the games and hiding it in difficult places to find. 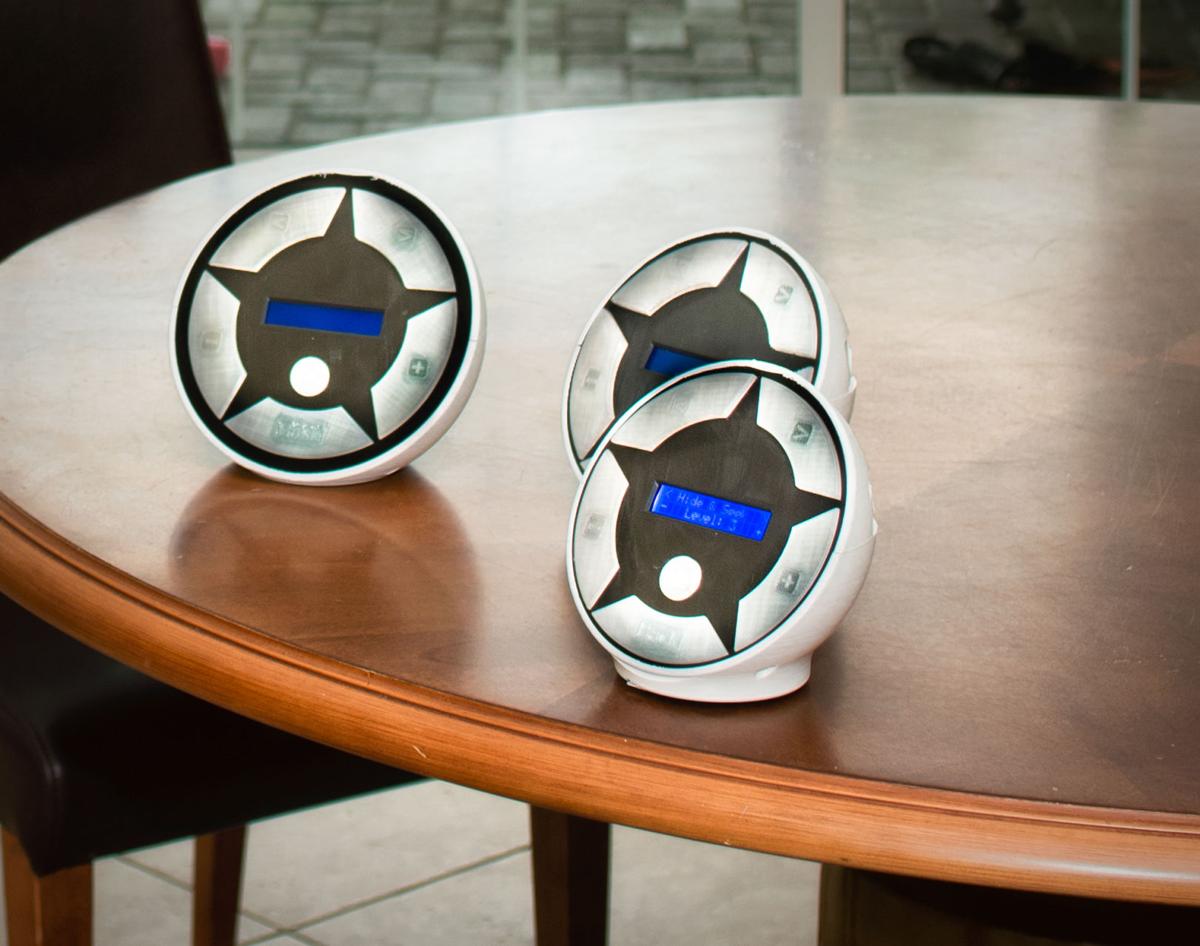 Countdown has gone through over 40 revisions of design and gameplay, according to the toy company’s CEO, Alex Andreae.

The Englewood Boys & Girls Club playing with Countdown in October.

The Englewood Boys & Girls Club running away from the seeker in Countdown’s hide-and-seek.

Sebastian Andreae, 7, loves testing out new versions of his dad’s Countdown toy, finding patterns in the games and hiding it in difficult places to find.

Countdown has gone through over 40 revisions of design and gameplay, according to the toy company’s CEO, Alex Andreae.

Countdown, a toy developed by Punta Gorda-based startup Pressure Games, aims to reinvigorate hide-and-seek by adding a timer and electronic puzzles at various difficulty levels for all ages.

“Kids today need more interactive play experiences not only with other kids but with the whole family,” said Pressure Games founder and CEO Alex Andreae. “Our toys are meant to reinvigorate traditional active play in a way that resonates with kids and families alike.”

Pressure Games is also a Pledge 1% company, meaning it commits 1% of its time, profits or other services to the community. So far, it has donated its time and products, including bi-weekly play sessions with the Boys & Girls Clubs of Englewood and Port Charlotte.

“The hide-and-seek function has been the most popular function on the device,” Navarro said, and she hopes to get additional units for the school.

“After months of developing this product to watch a group of 15 kids running around, playing together and begging ‘can we play again?’ is so amazing to see,” said Elizabeth Hughes, the company’s co-founder and chief product officer.

Since manufacturing and other details are still up in the air, the company does not have a specific launch date yet.

However, the toy will have a soft-launch in mid-March at South by Southwest in Austin, Texas. Then, in April, the company will start shipping the product. Countdown will sell for $40 through the company’s website and Amazon.

The toy’s prototypes have gone through four major revisions, and dozens of minor revisions.

Since the Sun last played with Countdown in July, the toy has been reduced in size by 20% and has some new games programmed, such as a Simon Says-type game.

Before even being released, the toy won an award for best outdoor sports toy at the 2019 Outdoor Toy Awards, an international competition in London.

Countdown was also entered into the Kids At Play Initiative Toy Awards. Winners will be announced in early December.

The company launched their crowd-funding campaign Tuesday, and has since raised $12,250 of its $50,000 goal.

Though this is the company’s first toy, it plans to release one to two toys each year. The next will likely be a simpler toy, Andreae said, and will launch in the summer if all goes well.

To contribute to the company’s crowd-funding campaign, visit www.WeFunder.com/PressureGames.

For more information on Pressure Games or how investing works, contact alex@pressuregames.com or 941-268-4955.