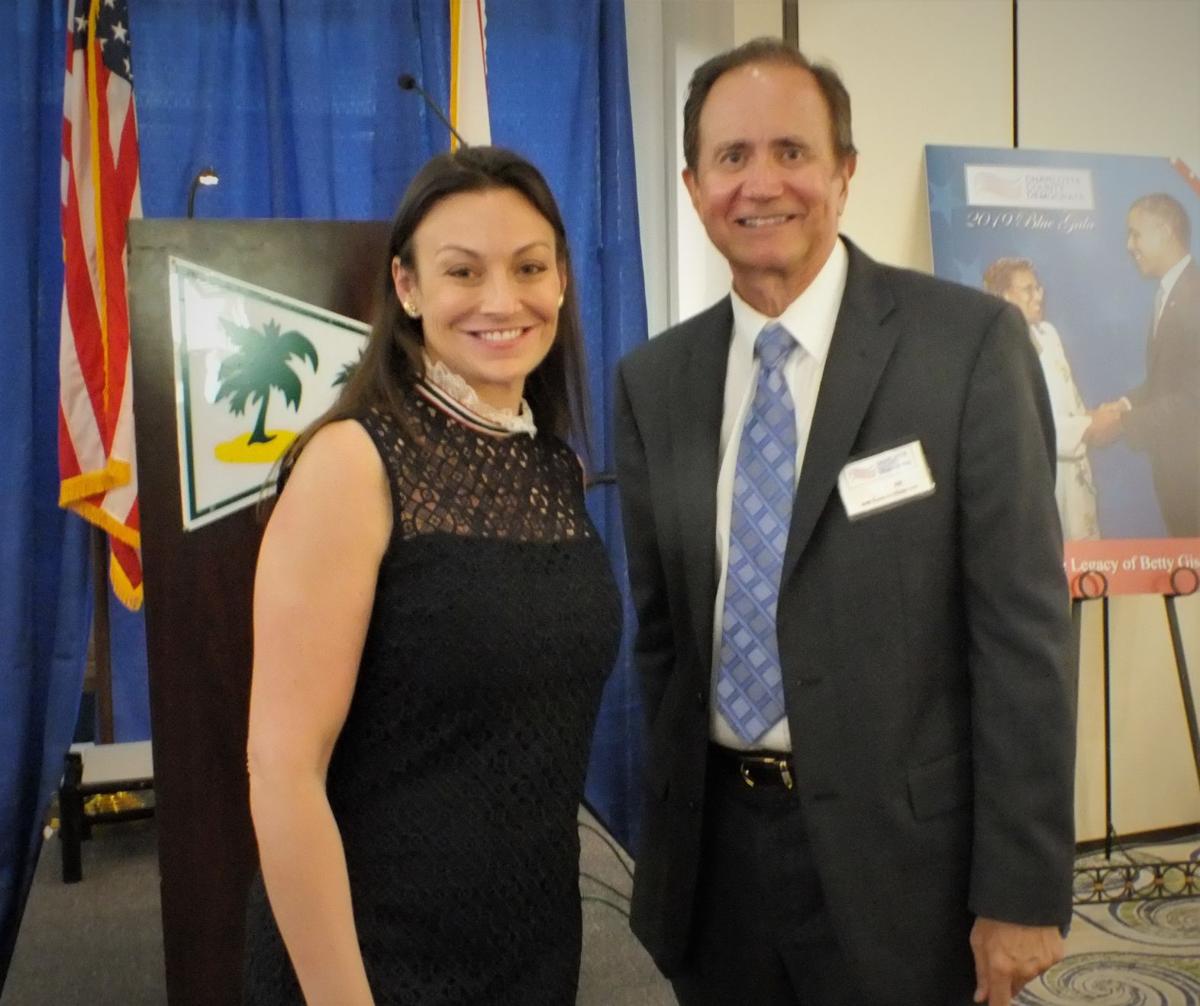 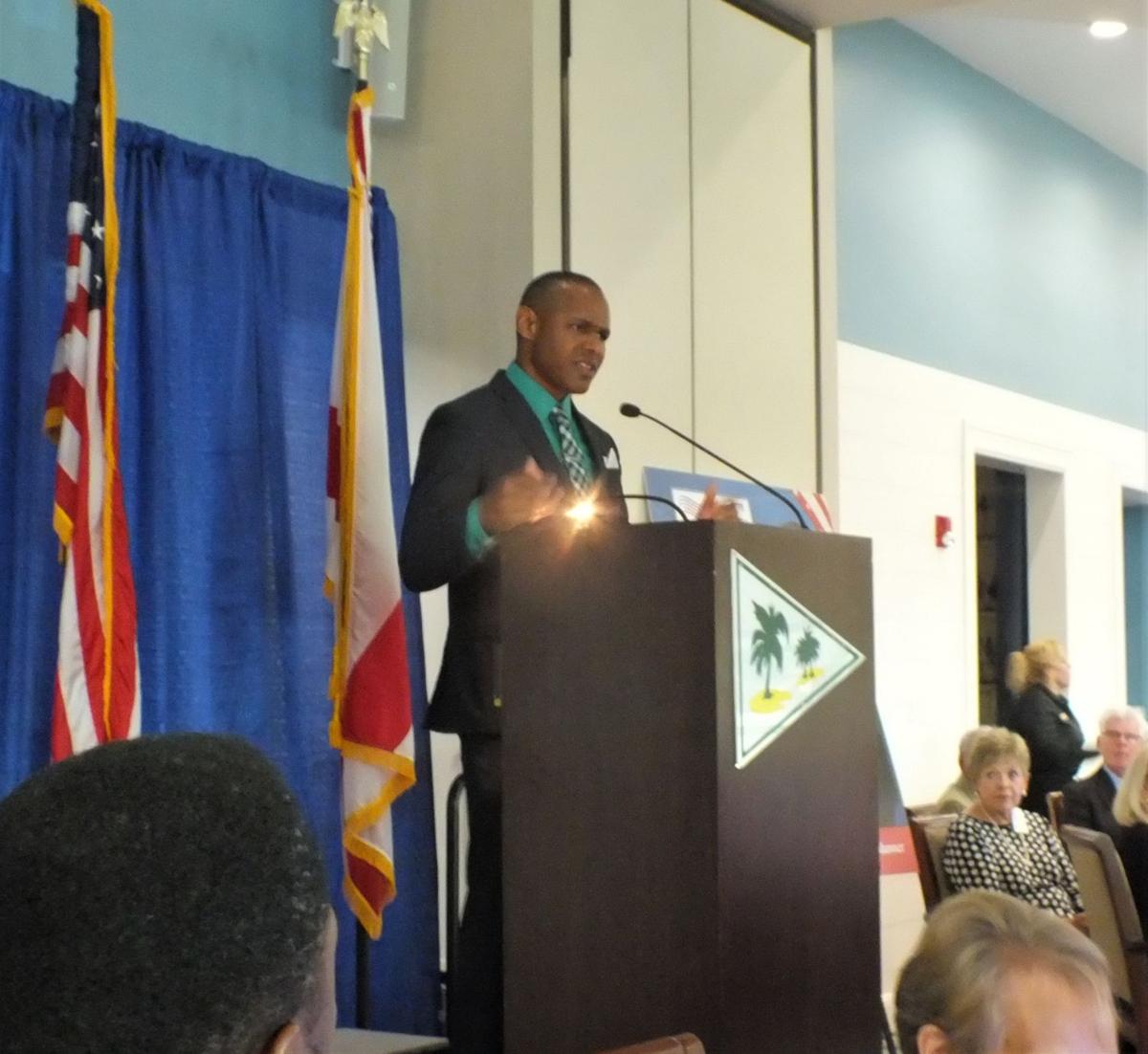 With Florida solidifying itself as a swing — or purple — state over the course of the past few election cycles, the Charlotte County Democratic Executive Committee enjoyed a record-breaking Blue Gala on Saturday night.

The Blue Gala, an annual fundraiser for the committee, not only allows local Democrats to get to know each other and support their party, but also encourages those willing to run for office big and small, engage with the community and participate in the voting process, according to Hurley.

“We’re all part of the solution and we all have to take action,” he said.

“Already, the growth shows the progress and amazing work done by this club and its members. It shows what incredible strength we can have going forward,” said Terrie Rizzo, Florida Democratic Party Chair.

The night was also an opportunity for the committee to recognize a beloved and extremely active member who recently passed away, Betty Gissendanner.

“Tonight would not be possible, we would not have the organization we do without Betty. She taught us we could reach higher,” said Hurley.

During her time with the committee, Gissendanner held numerous leadership roles, took part in community movements — such as marches and protests — and worked closely with both the women’s and youth factions of the club.

During a special tribute to her, Blue Gala Chair Jane Merriam even announced the Democratic Women’s Scholarship would be renamed the Betty Gissendanner Scholarship in her honor.

In addition to recognizing longtime members, the committee also celebrated its youngest member and the student volunteers who helped make the night possible.

“I saw that there weren’t a lot of young people involved, so I wanted to open those floodgates,” said 18-year-old Daniel Schwarz.

While he has only been a member for three months, Schwarz has big plans for both himself and the party.

“Moving forward, I’m interested in running for the House of Representatives,” he said.

Many local and state office holders were also excited to see a growing number of young faces in the audience.

“Anytime that students get involved is amazing. They’re the ones being impacted by lawmakers, so it’s all about listening to them and their concerns,” said Cara Reynolds, who was just elected to the Charlotte County School Board in November.

“It’s inspiring. We’re trying to make our state better for them, we’re not doing this for us, we’re doing it for the generations to come and it’s great to see them involved,” she said.

“Our focus this year is mainly on Florida’s red counties. We want to better reach the Hispanic populations there and get them involved and give them a voice,” said Noemi McGregor, President of the DHCF.

Over the course of the evening, the message to get out and vote was loud and clear from members pledging to encourage at least three people to go the polls to Hurley’s speech — and call to action — entitled “Change takes action! Are you in?”

“We share the connection that we want liberty and justice for all. We cannot sit idle as the constitution and rules of law are disregarded. We need to vote. Change can happen,” Hurley said.

The gala, which brought in over $20,000 last year, according to Democratic Club Board Member Marvin Covey, was set to raise even more this year thanks to growing membership numbers.

The donations go directly to the self-supporting committee and help fund canvassing and phone banking endeavors, as well as voter registration and renewal events.

For more information on the CCDEC or to get involved, visit charlottedems.com.

Just wanted to thank you for publishing this article. The event was absolutely incredible. Our hearts are still hurting tremendously with the passing of Mom. She would be the first to say that we honor those we love by our actions. I’m very grateful to have had the opportunity to speak, but also the opportunity to listen and to see Mom’s impact on so many. We love BettyG and always will. All the best and many thanks again!