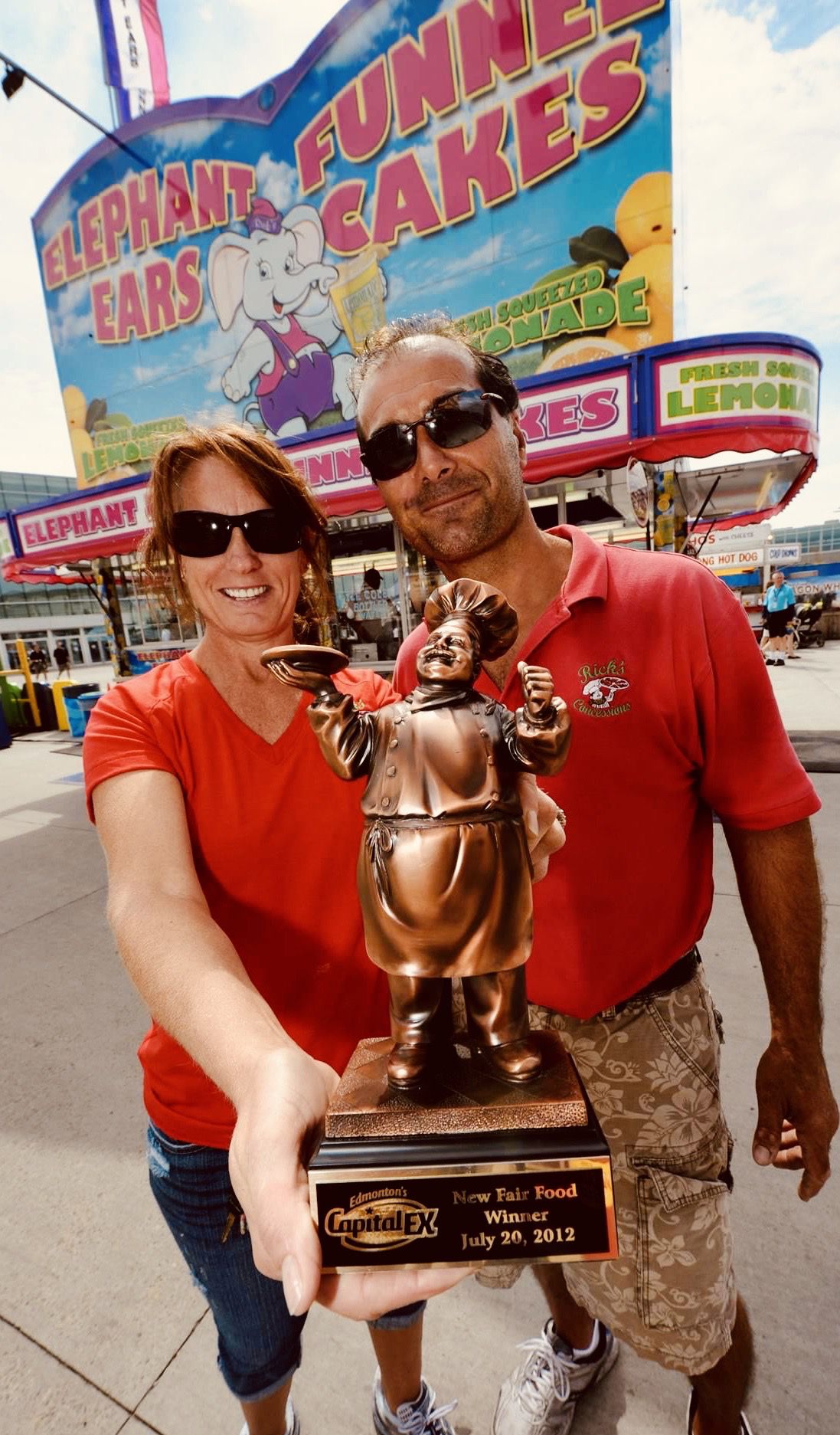 Julie and Rick Ukmar landed one of their many fair food awards at the 2012 Edmonton, Alberta, K-Days. 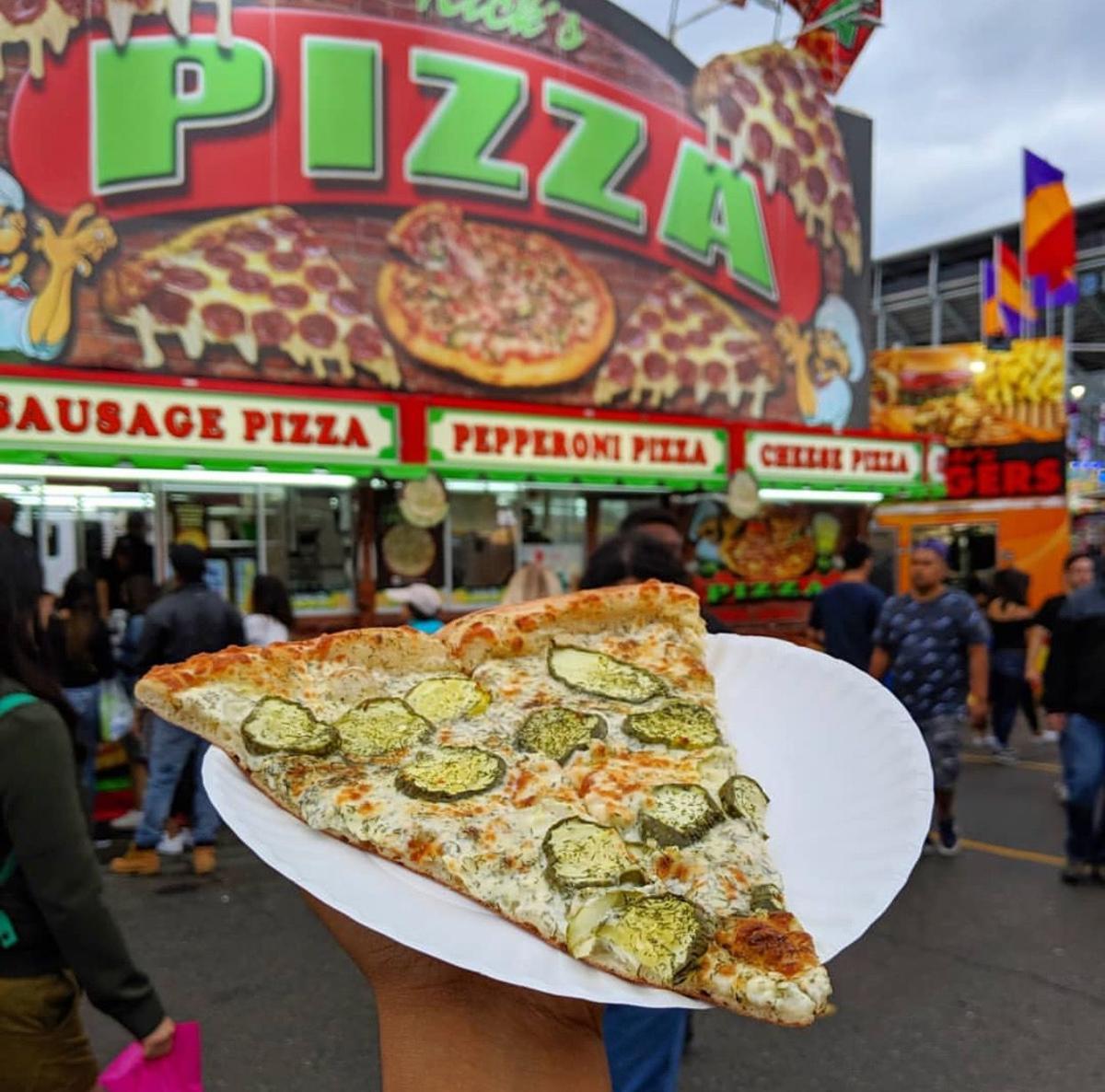 You can pick a piece of pickle pizza at Rick Ukmar’s pizza concession this weekend. 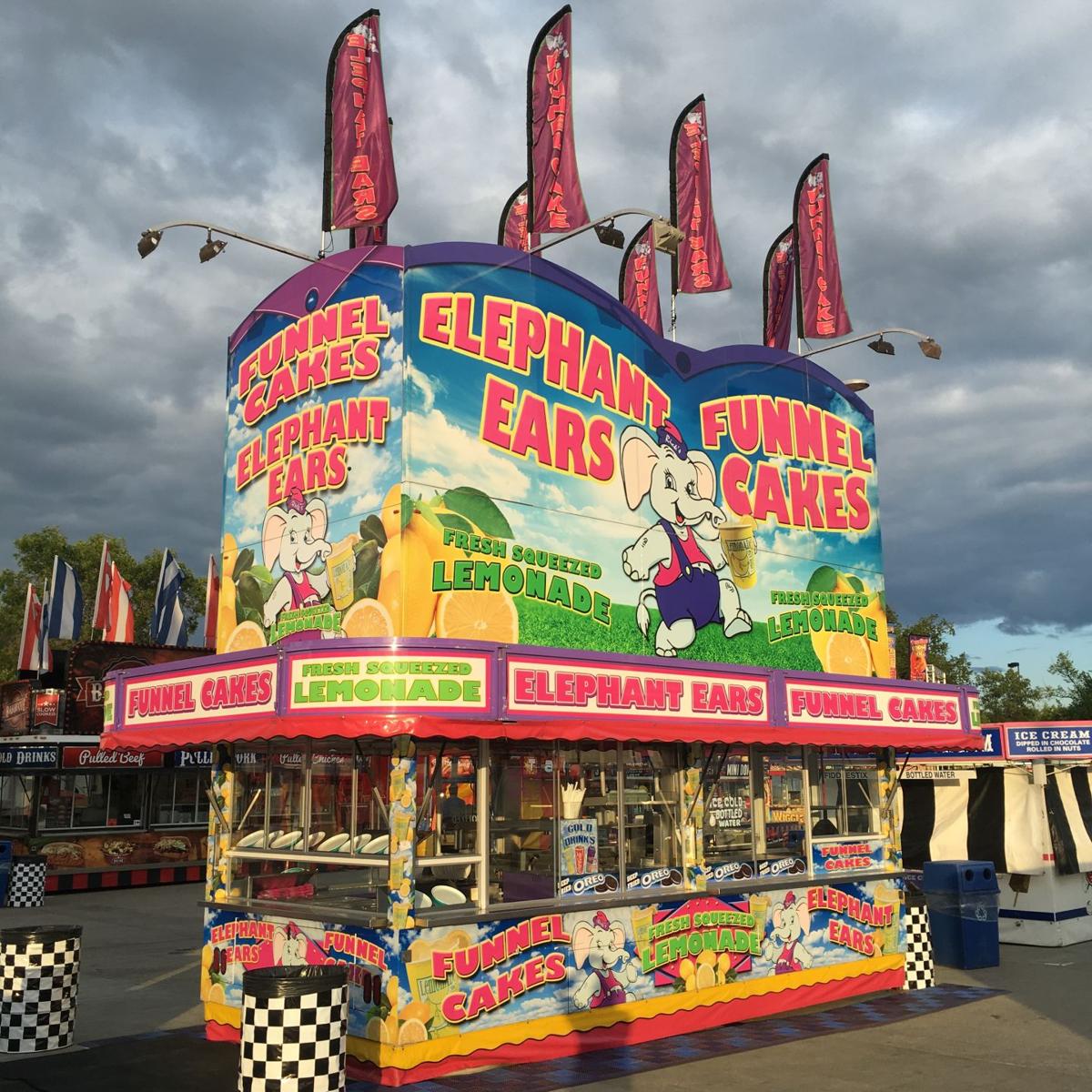 PHOTO PROVIDED Rick Ukmar’s elephant ears and funnel cakes bring tastes of the fair back to Charlotte County this weekend.

Julie and Rick Ukmar landed one of their many fair food awards at the 2012 Edmonton, Alberta, K-Days.

You can pick a piece of pickle pizza at Rick Ukmar’s pizza concession this weekend.

PHOTO PROVIDED Rick Ukmar’s elephant ears and funnel cakes bring tastes of the fair back to Charlotte County this weekend.

You’re supposed to hear laughter, be dazzled by neon lights and flapping feather flags, inhale the aroma of funnel cake and kettle corn.

The 2020 Charlotte County Fair, from Jan. 31 to Feb. 9, was one of the last before fairs started canceling.

In March, Sarasota concessionaire Rick Ukmar set up at the massive 21-day Miami-Dade County Youth Fair & Exposition, the largest fair in Florida, only to be shut down an hour before opening.

“After that, we had some festivals in Miami that were all canceled. In 30 years going to fairs we’ve never experienced anything like this.”

This time of year Ukmar and his family — wife Julie, sons Tristin and Attavio, and daughters Alliessia and Anjolina — are usually in Alberta, Canada, for the Calgary Stampede, feeding 1.4 million people in 11 days. Canceled.

After four good-sized events in Canada, they normally move on to the Wisconsin State Fair, which sees over a million people in August. All canceled.

But that hasn’t stopped big fair food businesses like the Ukmars’. There might not be fairs in Wisconsin, New York and Minnesota this year, but families can still get their fair food fix.

Major concessionaires have been popping up across Minnesota and elsewhere, selling everything from cheese curds and deep-fried pickles to funnel cake.

Fair foodies have even set up a Minnesota Fair Food Finder Facebook group with 113,000 avid members who follow an interactive map to track down their corn dogs.

This isn’t the kind of food you can get just anywhere. It’s fun, it’s deep-fried, it comes on a stick, you look forward to it once a year and it takes all your cares away.

Even better, local fans don’t have to wait until next year’s Charlotte County Fair for it.

After sitting idle since March, Rick decided to get back in business in Charlotte County, normally his smallest fairground.

“I’m doing ok, but this is the time when my kids usually make a little money, so I approached Kam about it.”

“We have several months before we know what we’re going to do with next year’s fair,” Mahshie said. “So we thought we’d see how this goes.”

“We’ve been making that pizza for 22 years,” said Rick. “My cousin who came over from Italy owned two pizzerias and taught me to make it. Every year the fairs want you to do something new, so we did the Pickle Pizza. It was a big hit in Canada, and we’ll have it here.”

It’ll all be safe, too, says Rick.

“We’ll check our temperatures, wear masks and gloves, and be careful with everything we do. You’ll drive up, we’ll bring it out to your car.

“If we have a good response, we’ll see about using the whole fairgrounds later for even more concessions.”

Rick’s Drive-Thru Concessions will be at the Charlotte County Fairgrounds, 2333 El Jobean Road, Port Charlotte, from 3 to 8 p.m. this Friday, from 11 a.m. to 8 p.m. Saturday and Sunday.