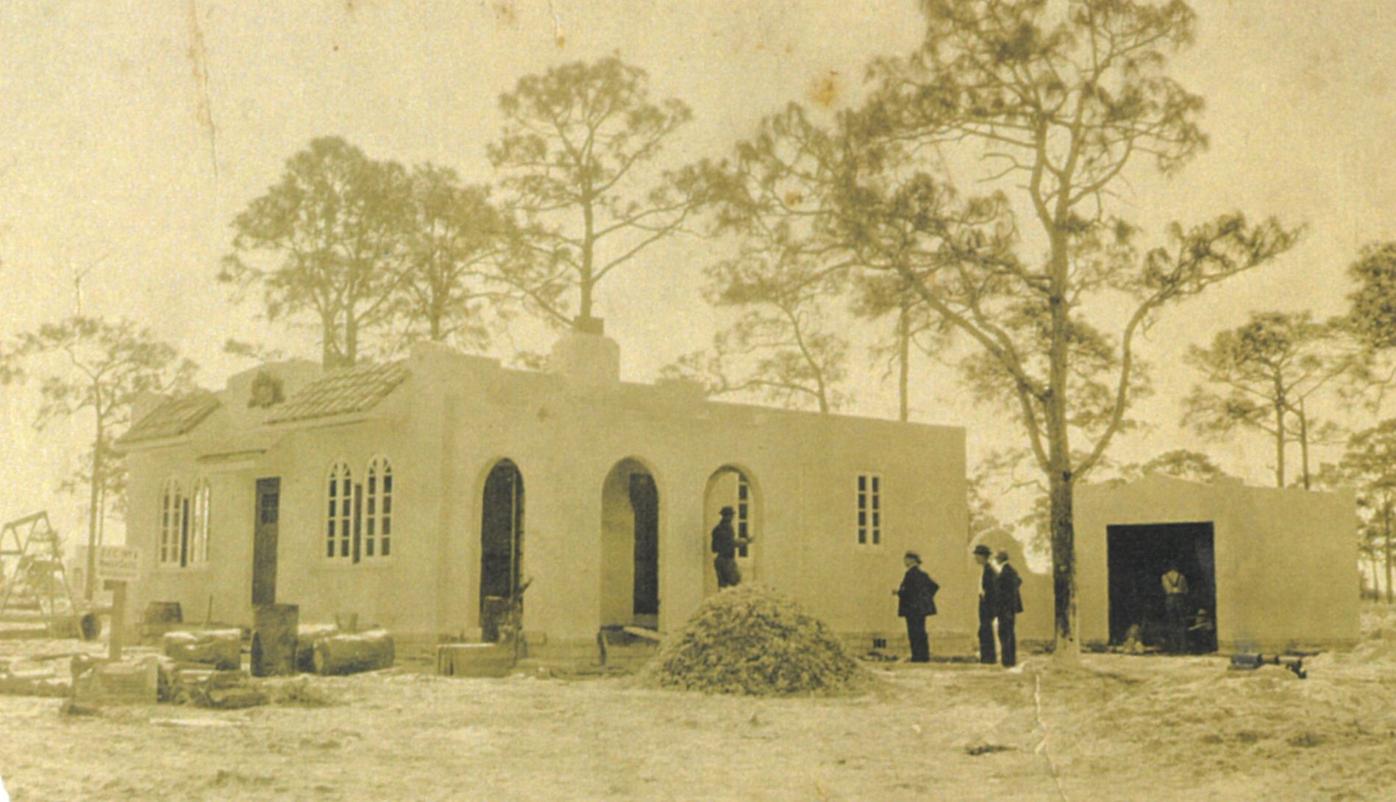 This house reflects the Spanish architectural style that Joel Bean planned for the town. About 12 structures of this style were built before the crash. Photo circa 1930.

Joel Bean, a Boston investor, platted the town of “El Jobe-An” (an anagram of his name, now called simply El Jobean) in 1923 at the height of the Florida Land Boom. 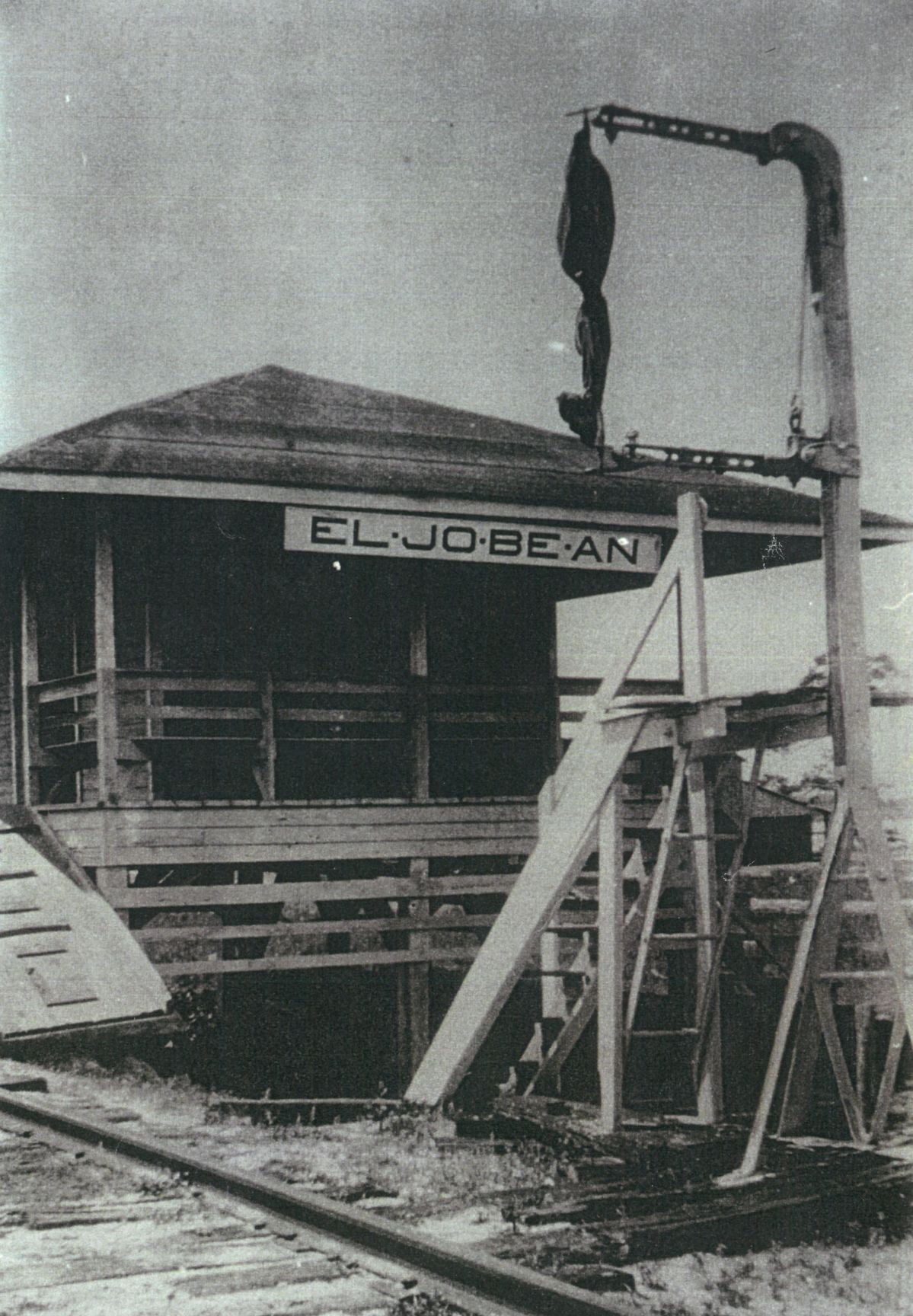 The El Jobean Train Depot in the late 1920s. The sign shows the way Mr. Joel Bean wanted the town’s name spelled with hyphens. But the U.S. Post Office didn’t care for the hyphens and dropped them, spelling the name as we know it today. 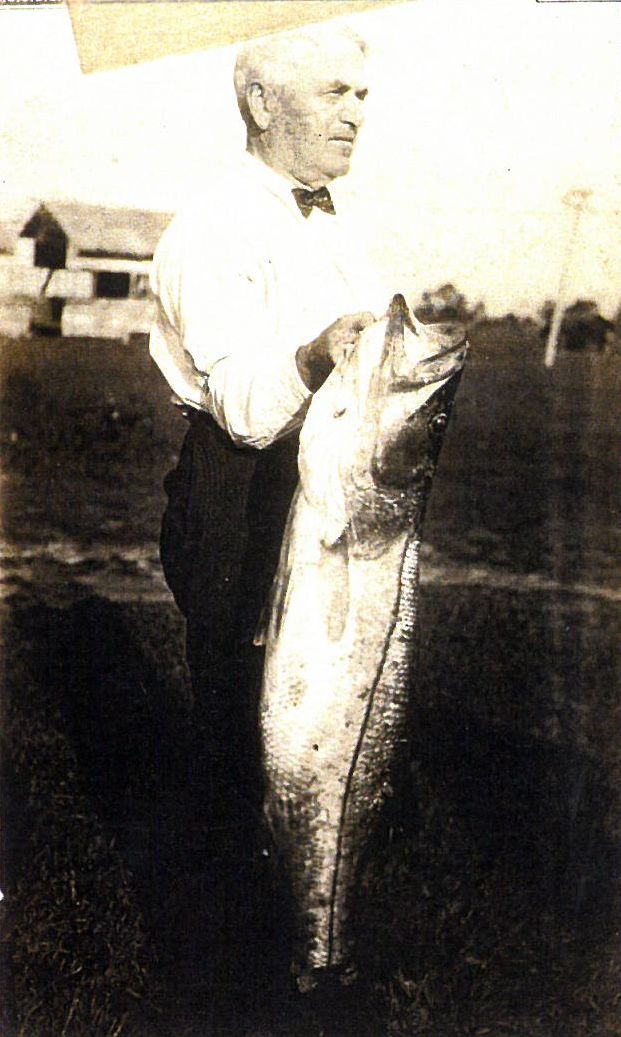 Joel Bean and a large snook. Bean was the developer and the man who named the town of El Jobean. Photo late 1920s, courtesy of El Jobean Historical Properties, Inc. 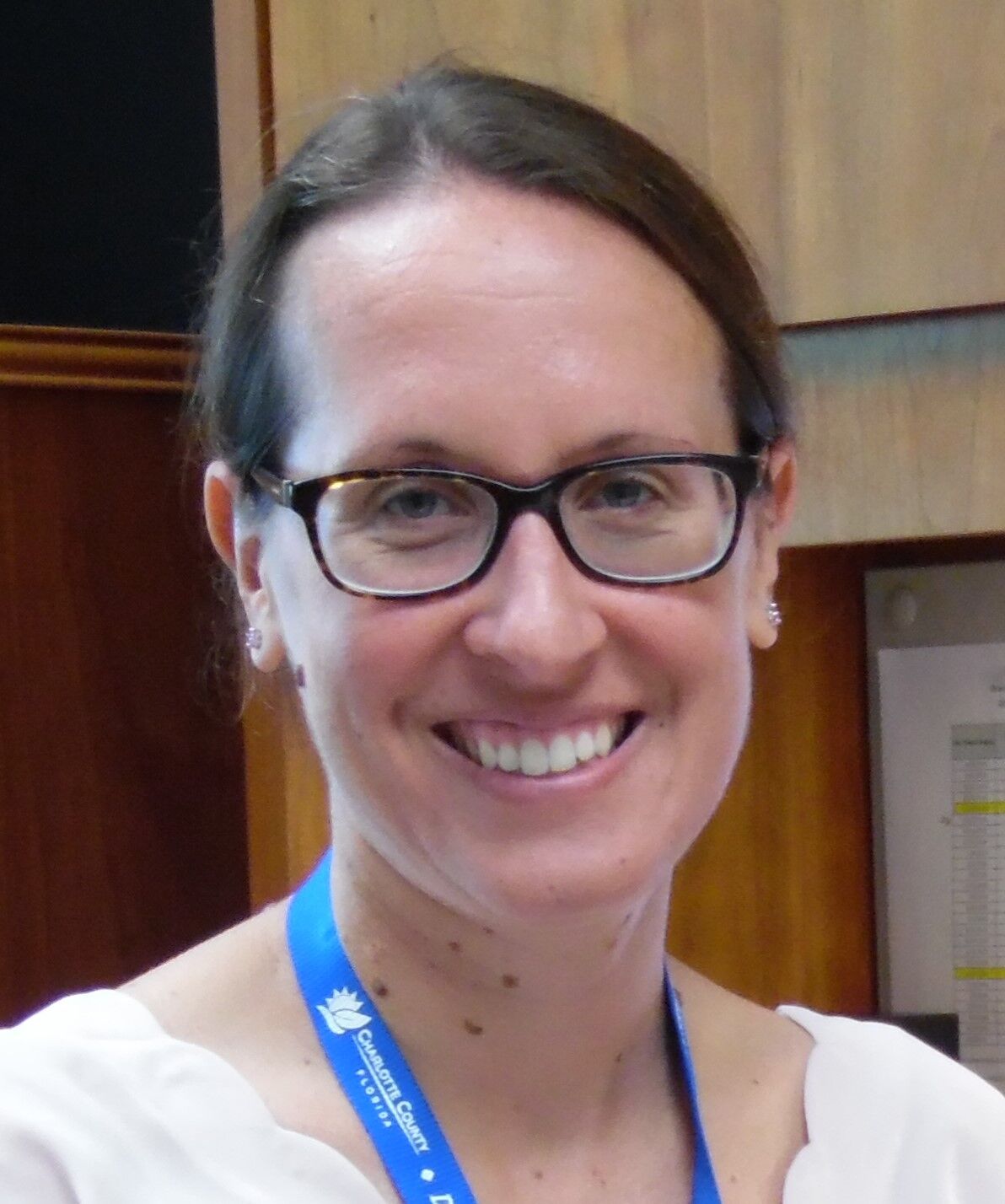 This house reflects the Spanish architectural style that Joel Bean planned for the town. About 12 structures of this style were built before the crash. Photo circa 1930.

Charlotte County’s founding in 1921 coincided with the first Florida Land Boom, a period of economic prosperity and developmental growth that — while only lasting until 1925 and followed by the Great Depression — helped shape Florida’s history during the 20th century.

The success of cities like Coral Gables and Miami Beach spurred northern interest in Florida real estate and the promise of warm weather.

One man saw the potential of a tract of land in the newly created Charlotte County: Joel Bean, trustee and sole owner of the Boston and Florida Reality Trust Company.

In 1923, he purchased Southland, 1,071 acres of land located on the east bank of the Myakka River and serviced by the Charlotte Harbor and Northern Railway. Renaming his town El Jobe-an, an anagram of his name, Bean set to work planning what he called his “ideal community.”

The city was to be divided into six wards, each with its own civic center bordering on a circular plaza surrounded by a 100-foot wide boulevard from which six 80-foot wide thoroughfares, each in the form of a hexagon, would radiate to the ward limits. Streets extending like the spokes of a bicycle wheel would stretch out from the circular plaza to connect with the adjacent identical wards. Lots were also set aside for churches, schools, and recreational facilities.

Plans were developed for the construction of an 18-hole golf course, a modern railroad depot of “Spanish” design as well as a bathing pavilion, dance hall, and large casino on the waterfront.

While work began on clearing the land, Bean advertised his new development in northern states, seeking to lure upper class citizens to establish winter homes in the community. He pictured a stylish community on the banks of the Myakka River, with all the buildings utilizing Spanish architectural features.

Prospective buyers arrived by rail and by charter boat, with property sales surpassing expectations due to the Florida land boom, sparked by profits made in the purchase and resale of real estate in Miami Beach.

The first unit of Bean’s development, comprising three wards, was virtually sold out as soon as it was placed on the market, making it necessary to place the second unit on sale earlier than intended.

Among the first buildings constructed by Joel Bean to assist in the promotion of his planned development were the Post Office and General Store and the El Jobean Hotel. His long-term plan was to replace these “plain” buildings, and all the other permanent buildings in El Jobean, with Mediterranean Revival structures which had become popular in Florida during the land boom.

A number of these residences, some of which survive today, were constructed between 1926 and 1928, and the development appeared to flourish.

The “busting” of the land boom, combined with two hurricanes and the onset of the Great Depression, however, brought an end to El Jobean’s development.

Joel Bean’s planned “City of Destiny” did not reach its full potential but it remained a tight-knit and hardy community. Commercial fishing continued throughout the 1930s and early 1940s and MGM movie crews used El Jobean as the setting for several films, even bringing its famous trademark, Leo the lion.

El Jobean, and specifically the El Jobean Hotel, also became a haven for circus and carnival people after the property was bought by Leo “Suicide” Simon and Donna Simon in 1942.

The community grew after World War II due to the promotion of tourism by the state, at a time when it was experiencing a second, larger, land boom. New development occurred along State Road 776 along with improvement of Joel Bean’s platted streets and the extension of canals.

Dr. Jennifer Zoebelein is the historian for Charlotte County.