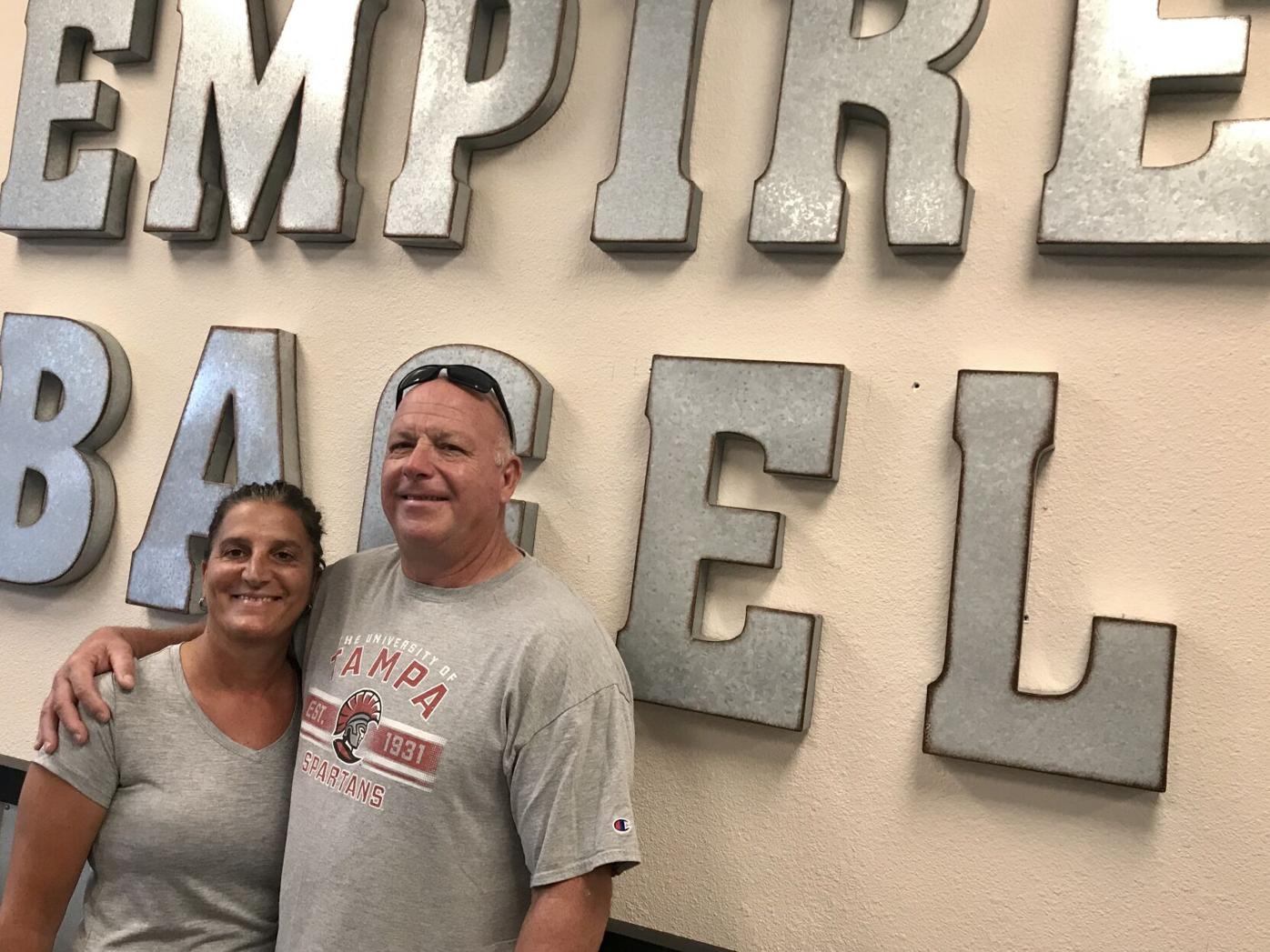 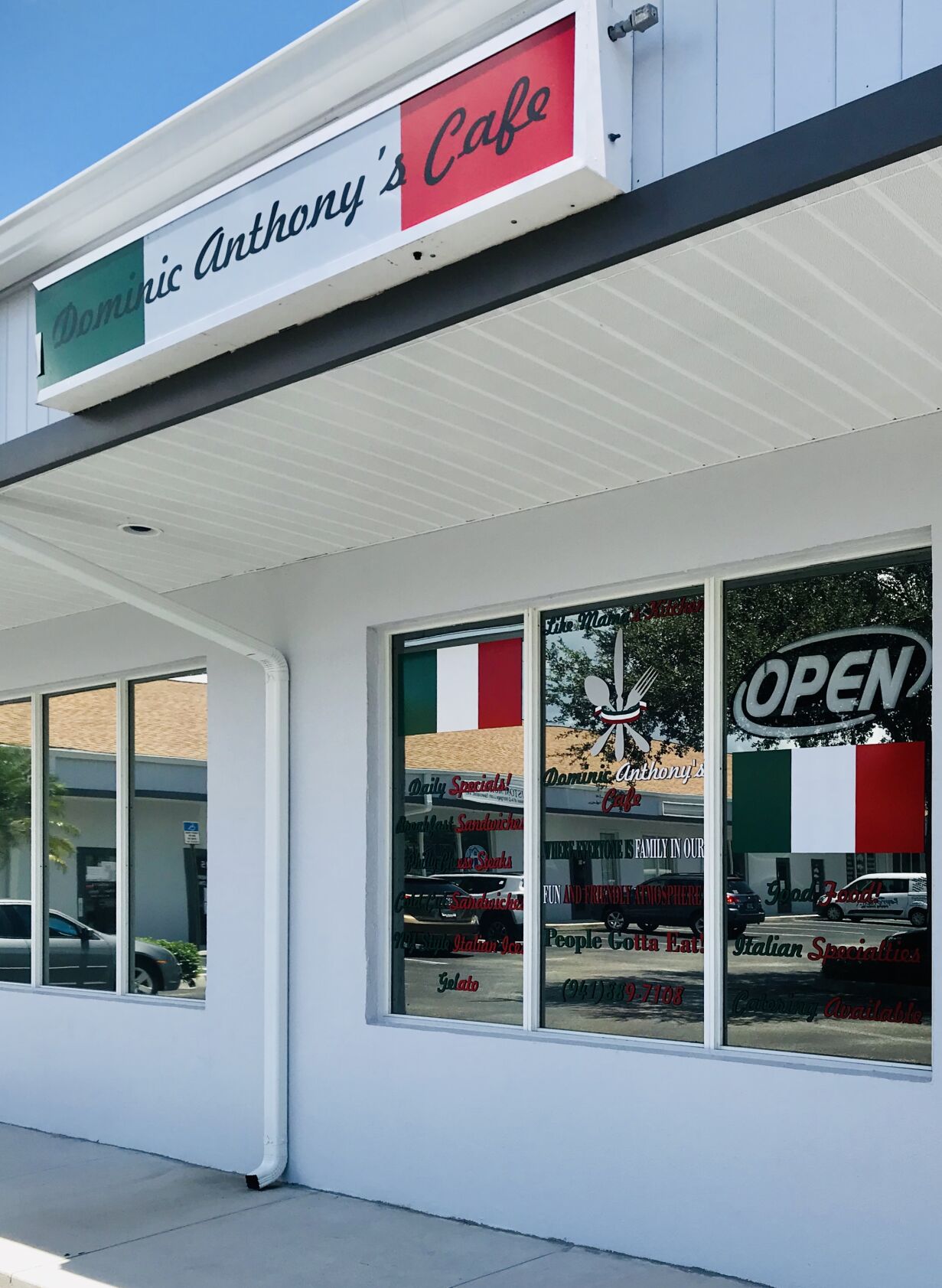 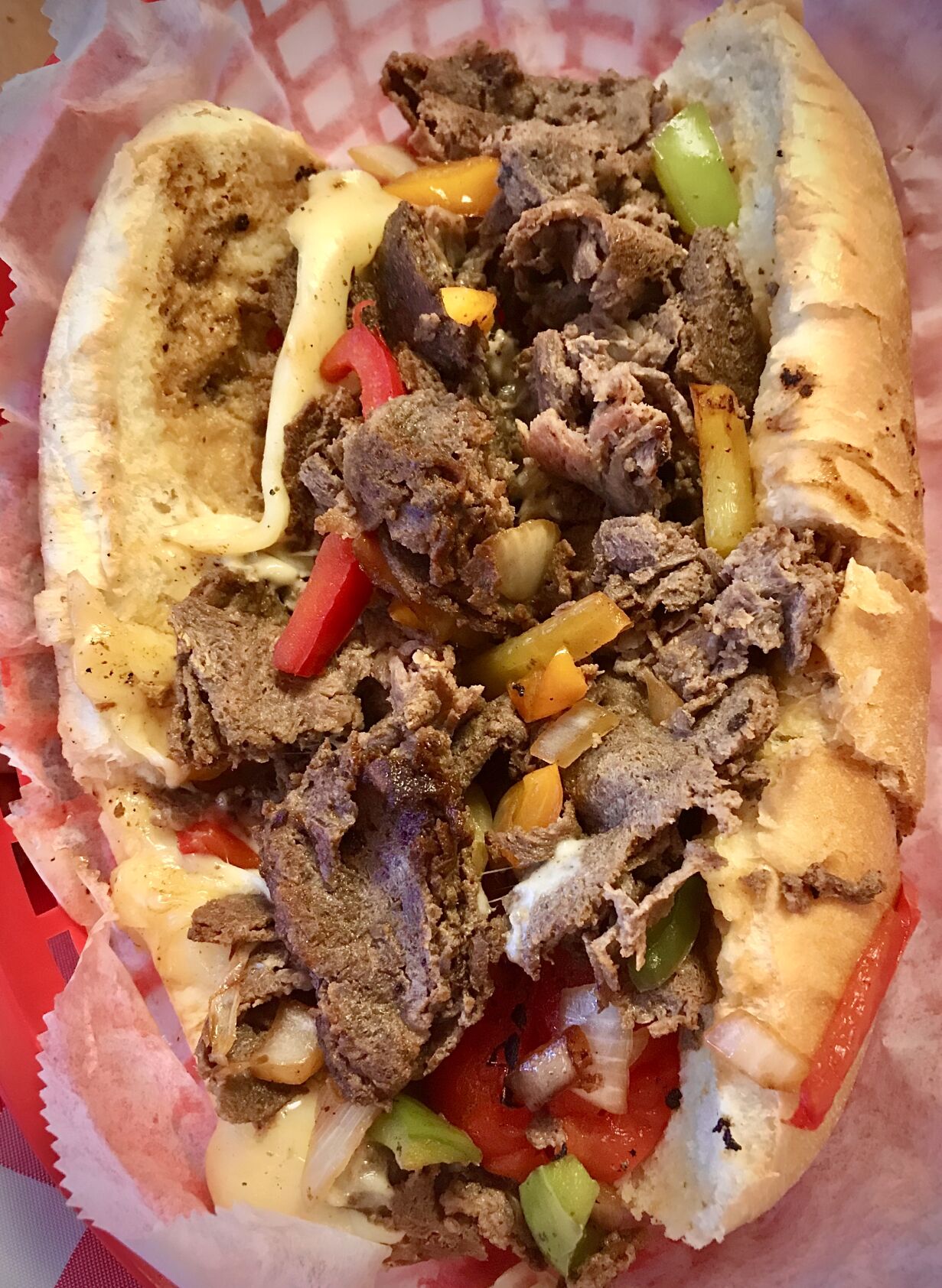 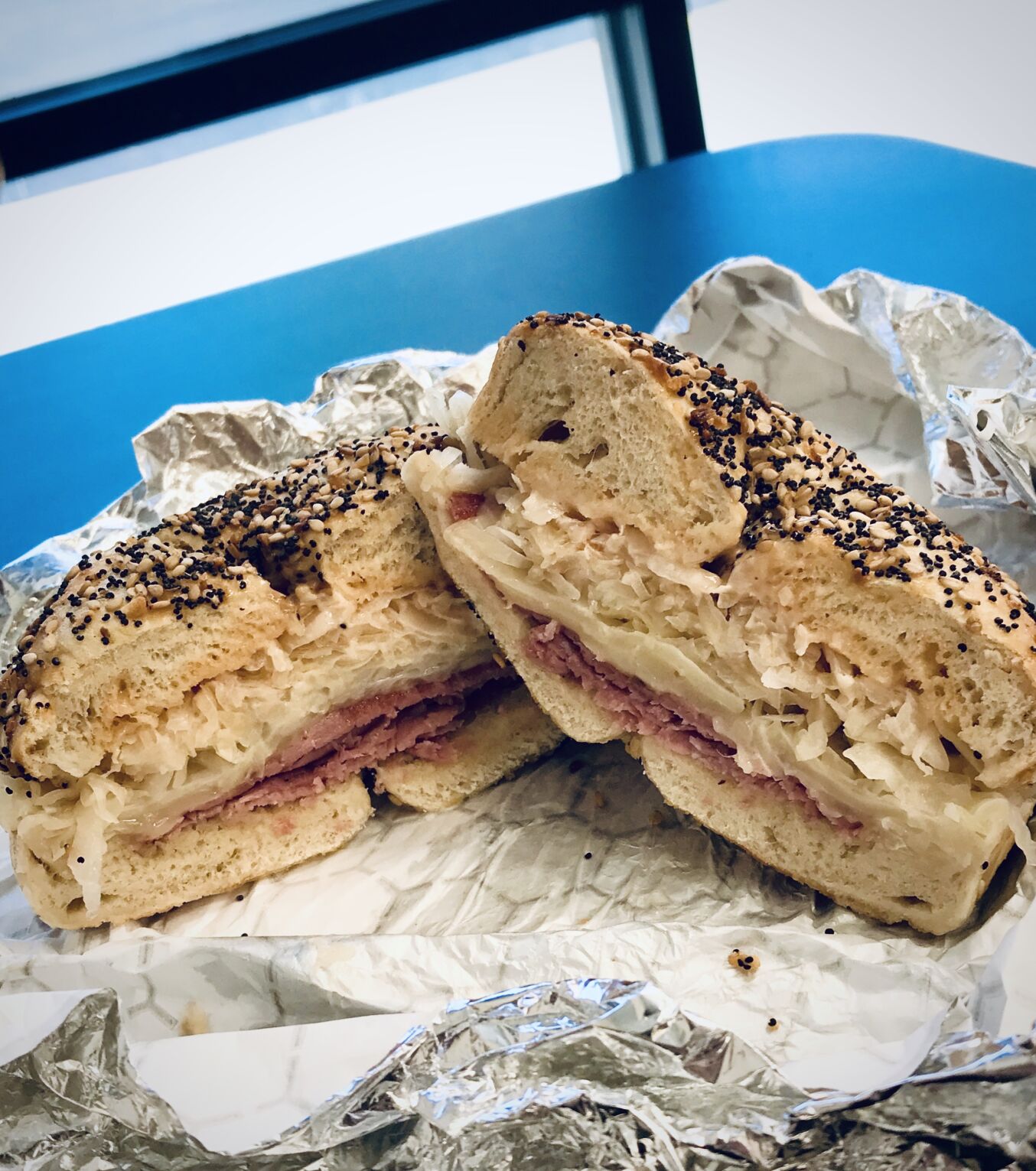 Empire Bagel’s “Fordham” special: corned beef, sauerkraut, Swiss cheese and Russian dressing on, in this case, an Everything bagel. All their specialty sandwiches are named for New York City landmarks. 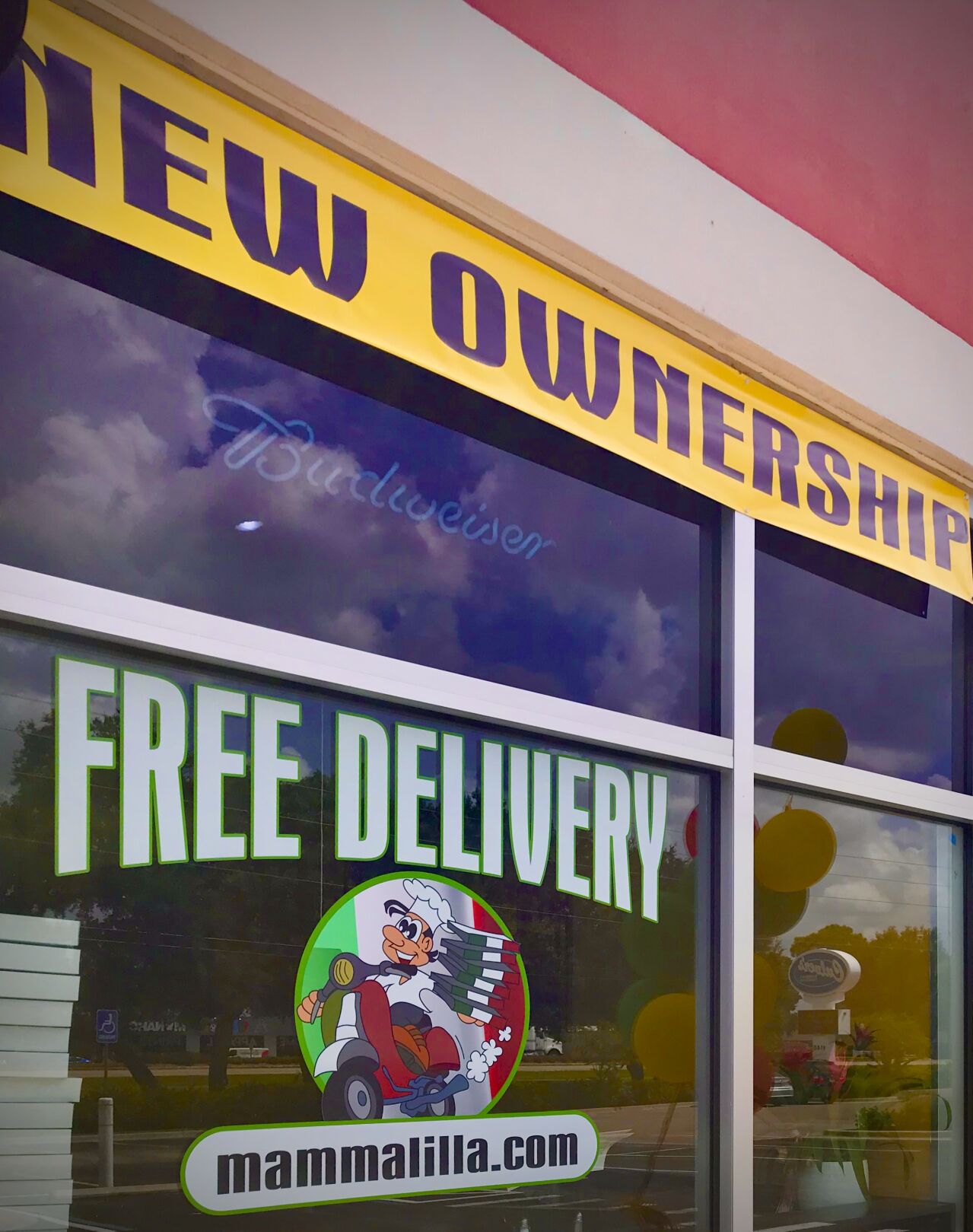 Colosseo, now Mamma Lilla, is still in the family.

Empire Bagel’s “Fordham” special: corned beef, sauerkraut, Swiss cheese and Russian dressing on, in this case, an Everything bagel. All their specialty sandwiches are named for New York City landmarks.

Colosseo, now Mamma Lilla, is still in the family.

These days the Big Apple is a far cry from the city Sinatra saluted in “New York, New York,” but expat New Yorkers can still find comfort in its flavors here.

More New Yorkers are setting up shop every day, from bagel stores to delis and pizza parlors.

Remember your first real New York bagel? Glossy, chewy, a schmear of cream cheese, a layer of lox, a sprinkle of capers?

Alyssa and Paul Oettinger, New York-native owners of Punta Gorda’s new Empire Bagel, grew up so steeped in bagels that they can’t pinpoint a first time, but they’ve got memories.

“I remember going early in the morning with my parents to the bagel store,” Paul said. “There was a line, and the smell of bagels in the air, and we’d get our brown paper bag full of hot bagels for me to hold in my lap all the way home.”

“There was a bagel place near my college,” Alyssa remembered. “We’d come back at 4 a.m. after the bars closed, past the bagel place where these young guys were making the bagels. They weren’t open, but us four girls would knock on the back door and ask, ‘You have any bagels?’ They’d give us 10 hot bagels, and by the time we got back to the dorm there were none left.”

When Alyssa and Paul moved here from Long Island nine years ago, they sorely missed “the bagel store” and all it stood for.

Paul said, “It was the bagels, of course, but also the whole ambiance. We had one a couple blocks away that I swear was the best in Long Island. There’s a thing about New York bagel stores — a frantic pace, a different customer service level. Your server takes care of you from beginning to end and knows what you always order.

“A good bagel store has sloppy, drippy egg sandwiches from a griddle, not a microwave, with yolk dripping down your arm, and sizzling, greasy bacon. They also have salads (egg, tuna, chicken, seafood) and top-of-the line cold cuts. It’s a breakfast and lunch thing. You don’t eat bagels for dinner.

“So, our menu’s fairly simple, but it’s all good-quality Boar’s Head meats and scratch-made salads, pork roll, New York-style quantities, not just one slice of meat or cheese.”

Alyssa added, “We’ll recommend pairing fillings with just the right bagel — sweet or savory. And our cream cheese flavors include a real hit that came from one of our taste testers — maple bourbon bacon, made with Vermont maple syrup that’s been aged in bourbon barrels.”

Empire Bagel is all counter service. Your personal server guides your order, eat-in or takeout, into an old-fashioned brown paper bag, sandwiches in wax paper-foil wrappers. Just like the bagel store.

They boil them in New York water. Honest.

WHO ARE DOMINIC AND ANTHONY?

“Dom Da Bomb? That makes me want to pick it just because of the name,” said a customer eyeing the menu board at Alfonso Palladino’s new Dominic Anthony’s Café.

Not just the classic Italian hero sandwich — one of three named after grandkids — but the whole café is named for his firstborn grandson, Dominic.

Palladino asked Alexa to turn up Dean Martin on the sound system.

The little 10-seat deli swooned into the warmth of the music, the aromas from Peggy Corrao’s cooking in its open kitchen, and the chatter of customers at home in a place that feels like the old neighborhood.

Palladino, a Brooklyn native, comes from family who owned businesses for 40 years in New York’s Fulton Fish Market. He might not have chosen the best of times to open a restaurant, but he’s perfectly content with his choice.

Drawn in by the flutter flags on Veterans Boulevard, Ron and Sissy Romano said, around mouthfuls of Philly cheesesteak, “Small mom and pops are the best! Now we’re going to be in a food coma.”

Dominic Anthony’s Café ($), 941-889-7108, 20020 Veterans Boulevard, Port Charlotte, is open Monday to Friday 8 a.m. to 2 p.m. It also has an Italian market with imported cheeses and soppressata, and frozen pasta, raviolis, shrimp and sauces to go. Delivery as far as Englewood.

It’s an ongoing family saga that dates back to Frank Asaro — renowned for 36 years of Michelangelos in Suffolk County, New York, then several Florida Michelangelo of Long Island Pizzeria and Italian Restaurants, including one in North Port that was bought by different owners and one that remains in Lakewood Ranch. Asaro also lent his name to Asaro’s in Nokomis and Sarasota.

Which all goes to say that, if you like real Long Island-style pizza like Asaro’s and Michelangelo’s, Mamma Lilla’s got it.