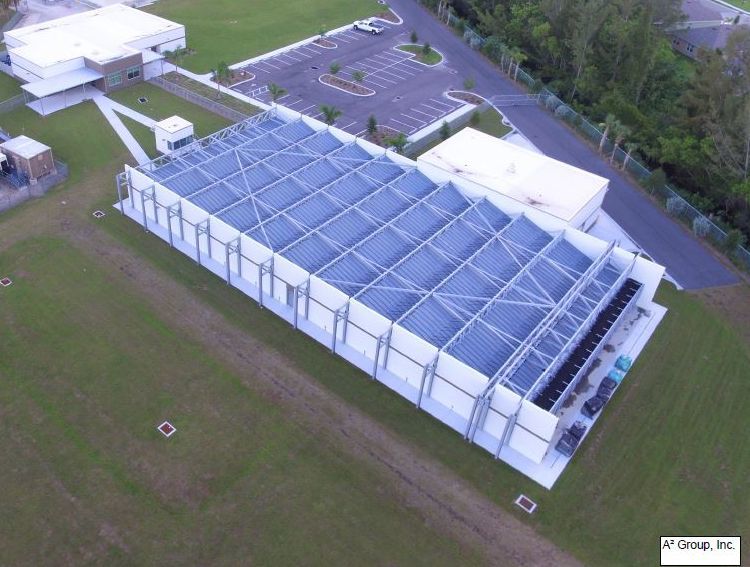 The baffling system in the new firing range for Charlotte County Sheriff’s Office can be seen, because there is no roof over it. The design without a conventional roof has led to a lawsuit over the construction between the county and the contractor A2 Group Inc. 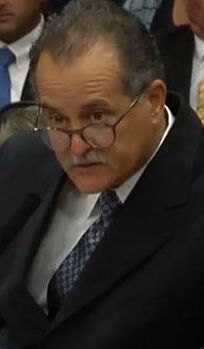 A2 Group Inc. President Al Ribas tried and failed to persuade Charlotte County Commissioners to keep negotiating a solution to finish the new firing range for the Sheriff’s Office. Now his company has filed suit against the county for breach of contract. The county plans to file its own suit.

The baffling system in the new firing range for Charlotte County Sheriff’s Office can be seen, because there is no roof over it. The design without a conventional roof has led to a lawsuit over the construction between the county and the contractor A2 Group Inc.

A2 Group Inc. President Al Ribas tried and failed to persuade Charlotte County Commissioners to keep negotiating a solution to finish the new firing range for the Sheriff’s Office. Now his company has filed suit against the county for breach of contract. The county plans to file its own suit.

PORT CHARLOTTE — A contractor has fired the first shot in the war between Charlotte County and the company that built a shooting range for the Sheriff’s Office.

A2 Group Inc. filed a 698-page law suit against the the county on Monday in the region’s Circuit Court, citing breach of contract and demanding payment for damages. Those damages include the last payment of $650,000 that the county never made, A2 President Alberto G. Ribas told the Sun in an interview in September.

Commissioners on Tuesday approved the initiation of legal action against A2, also, but as of Friday, there was no filing.

The county attorney’s office wrote for the commission meeting: “The Baffle System as constructed does not meet wind load requirements in the Florida Building Code, and the associated fascia system has failed and has partially disconnected from the structure, among other deficiencies.”

Commissioners have stopped discussing the matter as it heads into court. They were at one point divided on whether to file suit, with Commissioner Stephen R. Deutsch arguing for more compromise. The vote was unanimous Tuesday, however, to file suit.

At issue is a $5 million firing range currently constructed and located at Carmalita Street in Punta Gorda. No one is using the range, because the county withdrew its certificate of occupancy a few minutes after it issued one in April, Ribas told the Sun.

County staff, speaking at commission meetings, have accused A2 of failing to use the right company in building a unique indoor-outdoor baffling system which traps the bullets.

A2 states that the contract did not require use of a particular subcontractor.

Why does it make a difference? County building officials now believe the roofless baffling system would not withstand high winds as required.

The building is a long rectangle where shooters stand under an overhang at one end and shoot at targets at the far end. The baffling system keeps bullets from ending up in the nearby subdivision. It was this problem that led to the costly structure following a lawsuit by neighbors. Deputies had been shooting into a earthen berm at this location before houses were built. As the area developed, the problem became more obvious.

A2 alleges that the county realized in 2017 through its contracting architecture firm, Wilder Architects Inc., that the baffling system it wanted was not designed to work without a conventional roof. The county put the project out to bid anyway, and specified one company for the baffling system to solve the problem.

A2 said it took on the contract in 2018 without realizing this problem had been previously identified.

“The county had the duty and repeated opportunity to advise the bidders of the major deficiencies in the Bid Plans and of the county’s “plan” to impose delegated design responsibility...on the unsuspecting successful bidder...,” A2’s suit states.

A2 told the county it would cost an extra $450,00 to design a solution — a cost the county rejected. A2 made a second proposal of $325,000, which the county also rejected, according to the suit.

Drawn into the allegations are the county’s consultants at Wilder Architecture Inc., and Master Consulting Engineers. The suit includes communications between consultants and the baffling company Action Target, Inc. A2’s lawyers submitted open records requests to the county for these communications.

A2 decided not to use Action Target, because it could not deliver its product in time for A2 to meet its deadlines. That’s probably because they were trying to fix the uplift problem, Ribas said.

So A2 accuses the county of deliberately keeping them in the dark, and then improperly trying to pass on the expense of redesign to A2 without compensation.

Siding with A2 is the bond and surety company to which the county applied to pay out essentially an insurance claim to rebuild sections of the project. Fidelity and Deposit Company of Maryland in November declined to pay out the bond, stating the same things that A2 said in its lawsuit.

Meanwhile, sheriff’s deputies are still practice shooting outdoors, but in a remote eastern part of the county.