You are the owner of this article.
Edit Article Add New Article
I want to
Publications
Subscribe
Restaurant Directory
Homes for Sale
Cars for Sale
Jobs
Classifieds
E-Paper
News Archives
Calendar
App
Public Notices
Your Newspapers
Contact Us
1 of 2 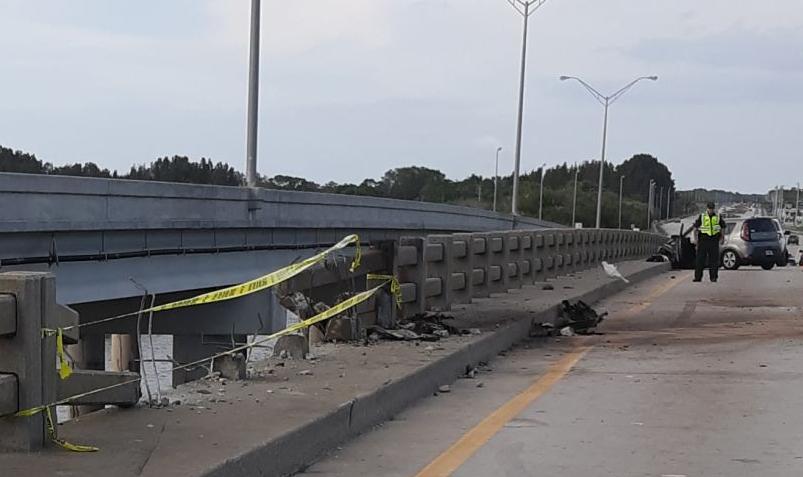 The DUI crash damaged the El Jobean Bridge over the Peace River on Sunday. 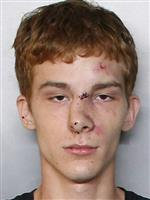 EL JOBEAN — A 22-year-old man was charged with a DUI Sunday after crashing into the El Jobean bridge and damaging a concrete guardrail.

Joseph Lindstrand, of the 2200 block of Cedarwood St., Port Charlotte, crashed on the eastbound left lane of travel. A witness said Lindstrand was driving erratically and speeding.

According to the arrest affidavit, Lindstrand first hit the curb on the left side of the bridge, then skidded across the right lane, hitting the right curb of the bridge which caused the engine to be ejected from the vehicle. The impact sent the vehicle back across the left-hand lane of travel, over the curb, where the front end of the vehicle crashed and destroyed the bridge's barrier wall.

Lindstrand told a deputy he is a home health assistant and he has spent the past few days with a patient who has been diagnosed terminal. He said he stopped by a friend's home in Englewood on his way home from work, where he consumed approximately three beers.

He reportedly said he did not think he was impaired, and he usually uses Uber when he knows he has consumed too much alcohol to drive. He felt as if he were functioning at 60% due to being tired from working and the alcohol accounted for 30% of his overall impairment.

Lindstrand said if he could change one decision he made, it would have been going home straight after working instead of stopping at his friend's house.