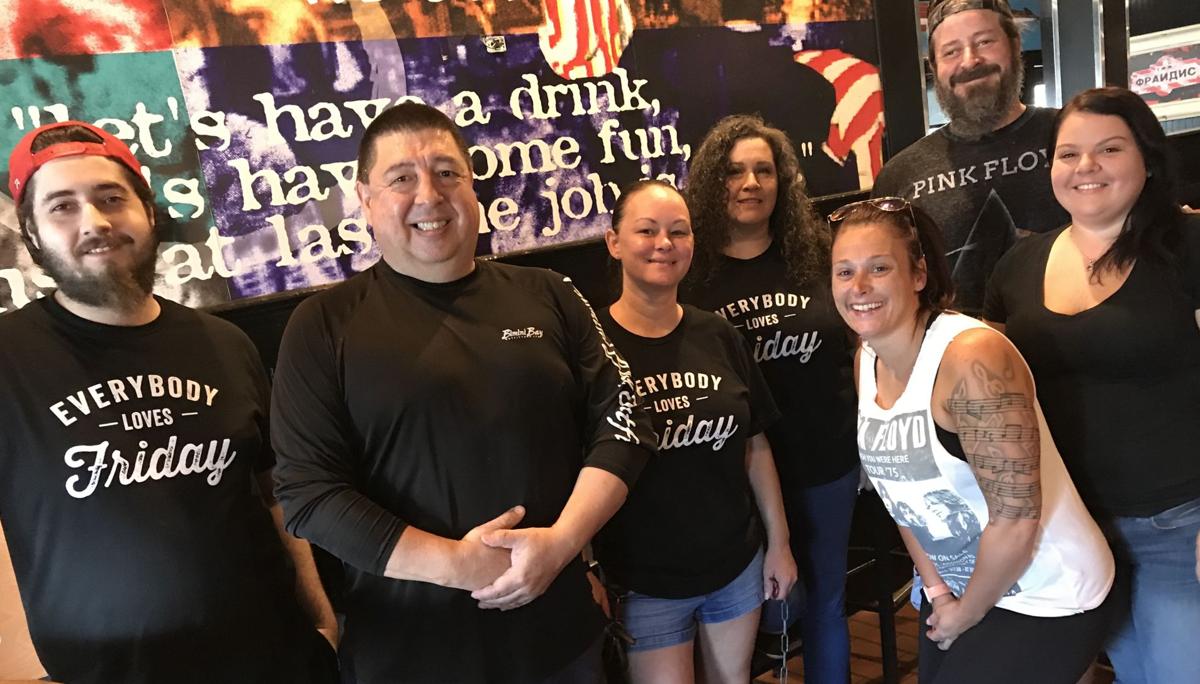 It was last call for T.G.I. Fridays coworkers Jake DiGregorio, Patricio Bourgeois, Crystal Fowler, Aurelia Coblentz, Jaimi Filkins, James Fornili and Alexis Altman, who were there Tuesday to clean out the building. 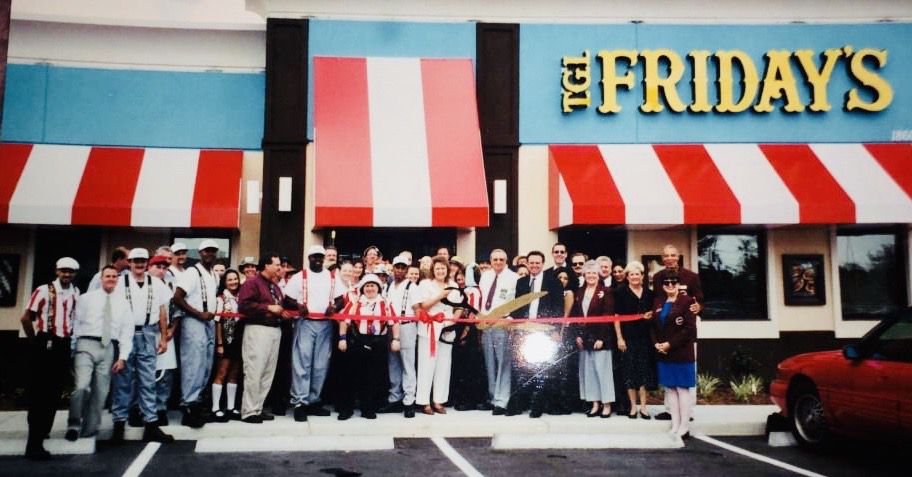 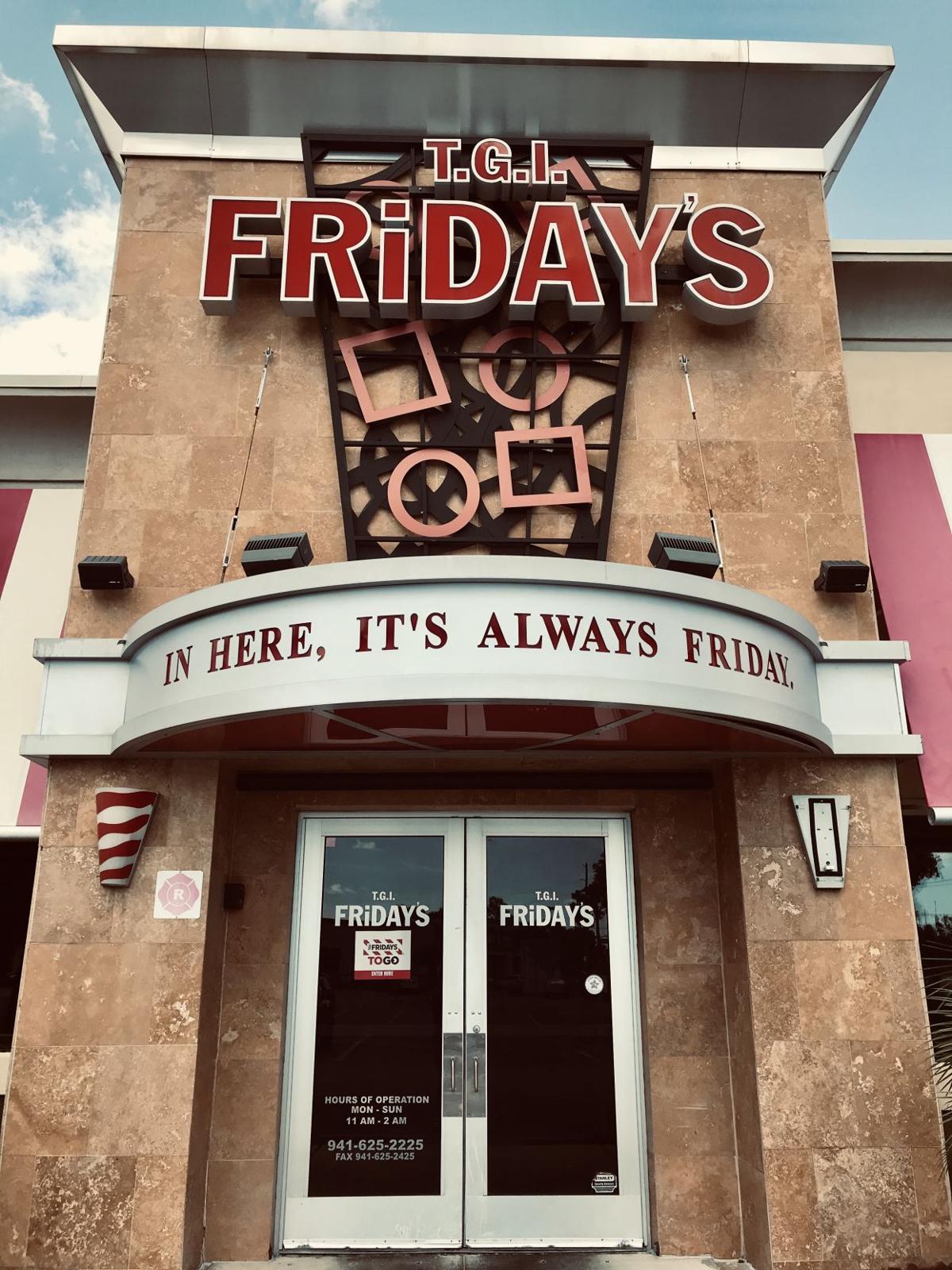 The lights went out at the Port Charlotte T.G.I. Friday’s on Monday. 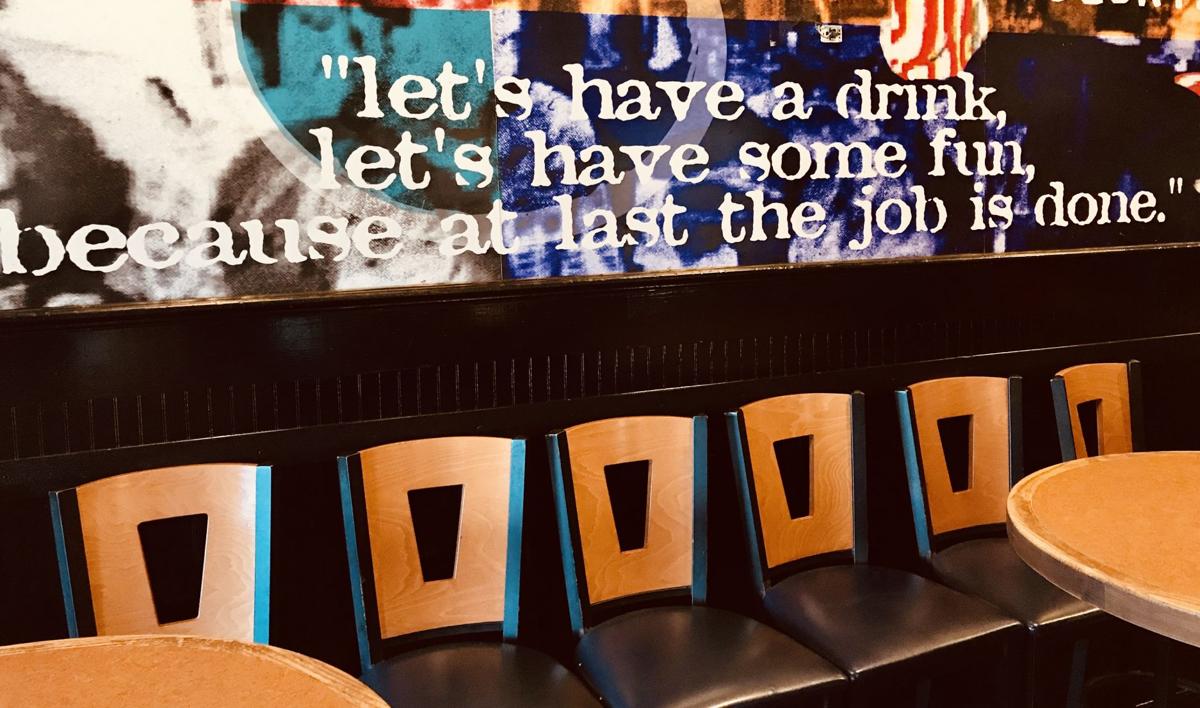 It was last call for T.G.I. Fridays coworkers Jake DiGregorio, Patricio Bourgeois, Crystal Fowler, Aurelia Coblentz, Jaimi Filkins, James Fornili and Alexis Altman, who were there Tuesday to clean out the building.

The lights went out at the Port Charlotte T.G.I. Friday’s on Monday.

T.G.I. Friday’s had been his workplace for 19 years. Its closing was as hard for him to believe as it was for other employees, most of whom got the news by word of mouth.

The bar and grill had been serving takeout and delivery with a skeleton crew since restaurants shut down in March.

Now it was shuttered, its locks changed, a mute announcement posted on its door, while most of its nearly 45 employees still hoped for full reopening.

Friday’s is one of many casual dining chains that are succumbing to the coronavirus pandemic.

During shutdown, its nationwide sales plummeted 80% and, despite takeout and delivery, had recently recovered to only about 50%. Some New England stores had resorted to parking-lot party tents to attract leery customers.

In the late May interview, Blanchette foresaw shutting down as many as 20% of the chain’s 386 stores.

“Some will close forever, without a doubt,” he said. “Right now it’s all triage and it’s all about cash: How are you going to make it through and keep the company solvent?”

But to Port Charlotte employees it’s not all triage and cash.

Every one of them uses the same word: Family.

For evening hostess Aurelia Coblentz of North Port — who worked there, through hurricanes and a recession, for the last 17 years — “It was my life and family for almost as long as I’ve lived in the area. I kind of saw it coming, though. I couldn’t understand why we weren’t opening back up, after the Fort Myers location did.”

Server Katie White of Punta Gorda posted on Facebook, “Wouldn’t ever regret the last three years spent here, meeting some of the best and closest people in my life that I’m happy to call a family.”

Server Camryn Costanzo agreed. “I met some of my closest friends here. It was like a family.”

Cook Adam Oliver said, “We have people who’ve worked here for so long and dedicated their lives to the restaurant — not only to customers but to ourselves, our coworkers.”

Kitchen manager and acting general manager Crystal Fowler, 15 years with Friday’s, posted, “I am sorry that it came to this and wish I would’ve known sooner to mentally prepare all of our hard-working dedicated team members ... no matter what, we are Friday’s family!”

The closest local T.G.I. Friday’s operated by Atlanta-based Jackmont Hospitality is now at 13499 U.S. 41 South (Bell Tower) in Fort Myers. Coupons and Rewards will be honored there or at any other T.G.I. Friday’s.