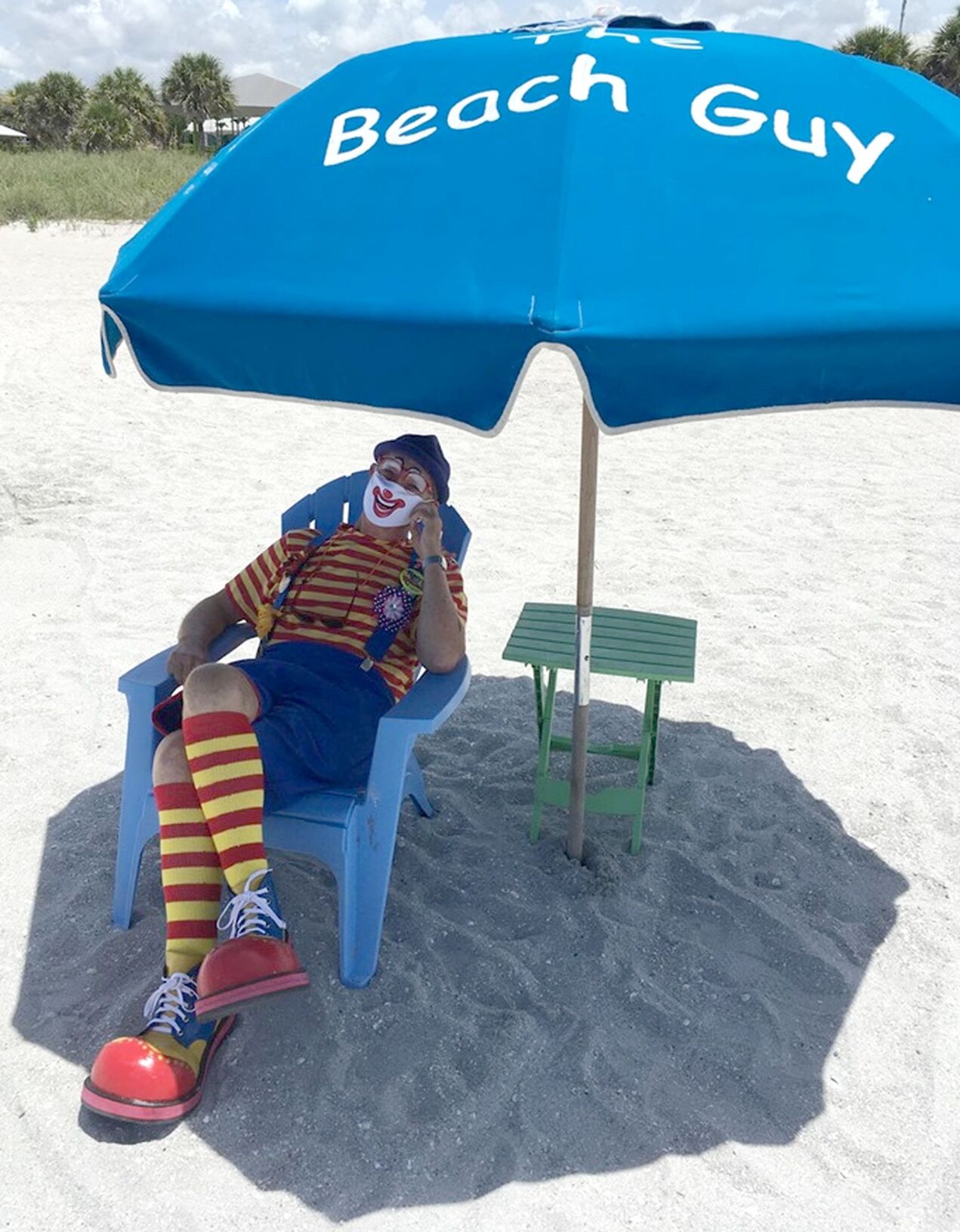 Harry Witt, also known as Harry the Ridiculous, clowns around at Englewood Beach. 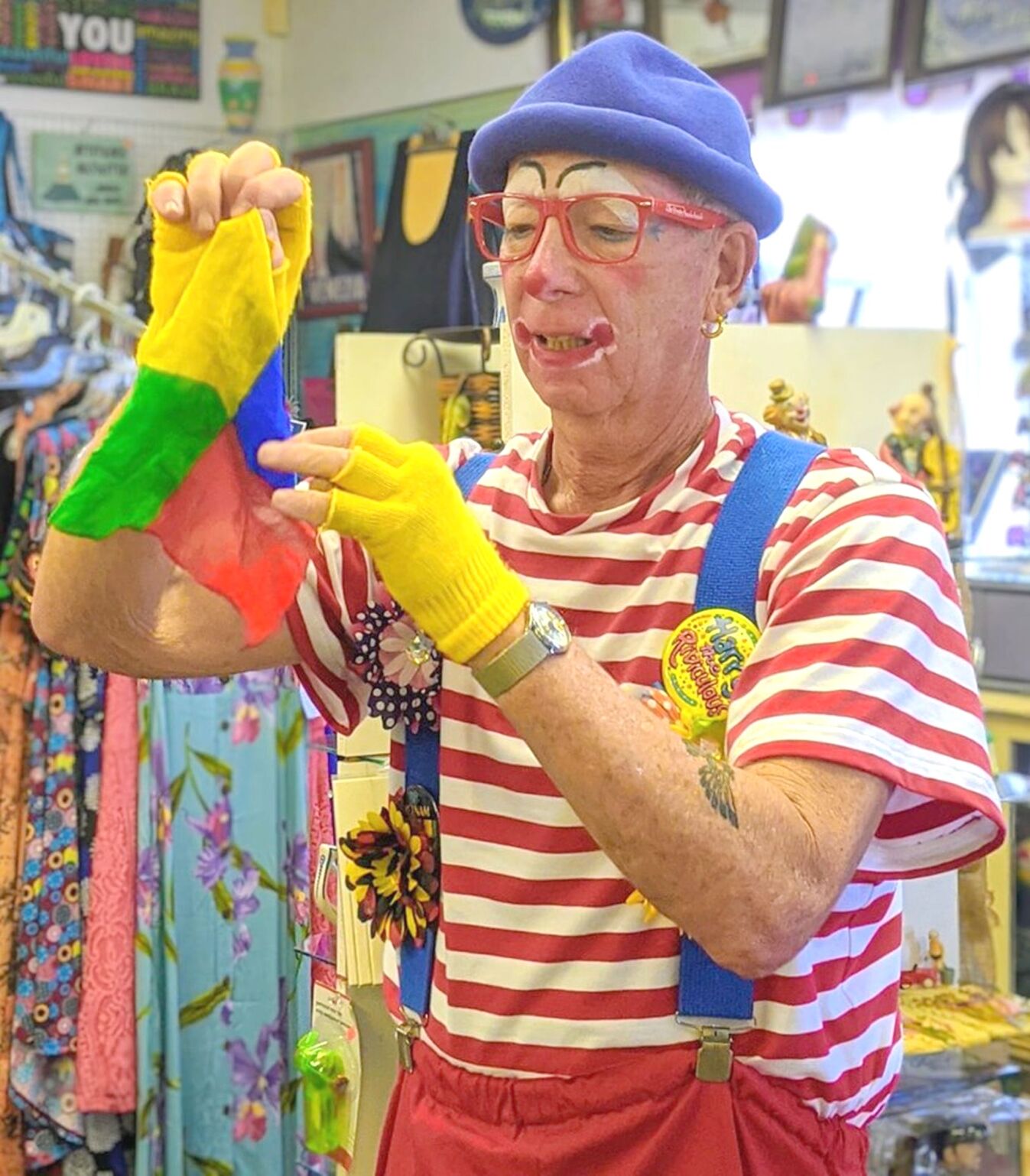 Harry Witt does a magic trick at Project Phoenix in Englewood. He does children’s events and visits nursing homes for free. 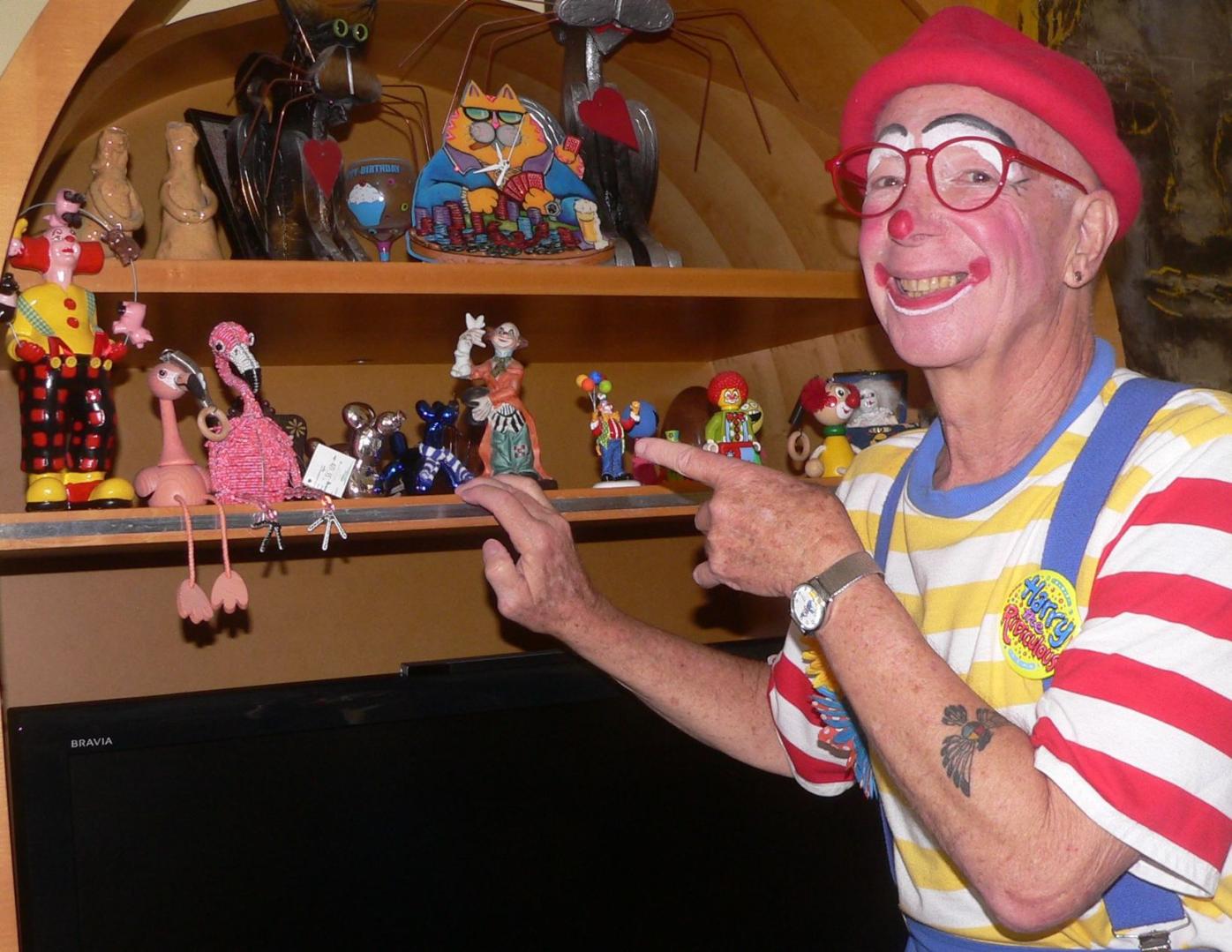 The paintings, figurines and décor in Harry Witt’s Rotonda West home attest to his love of clowning. 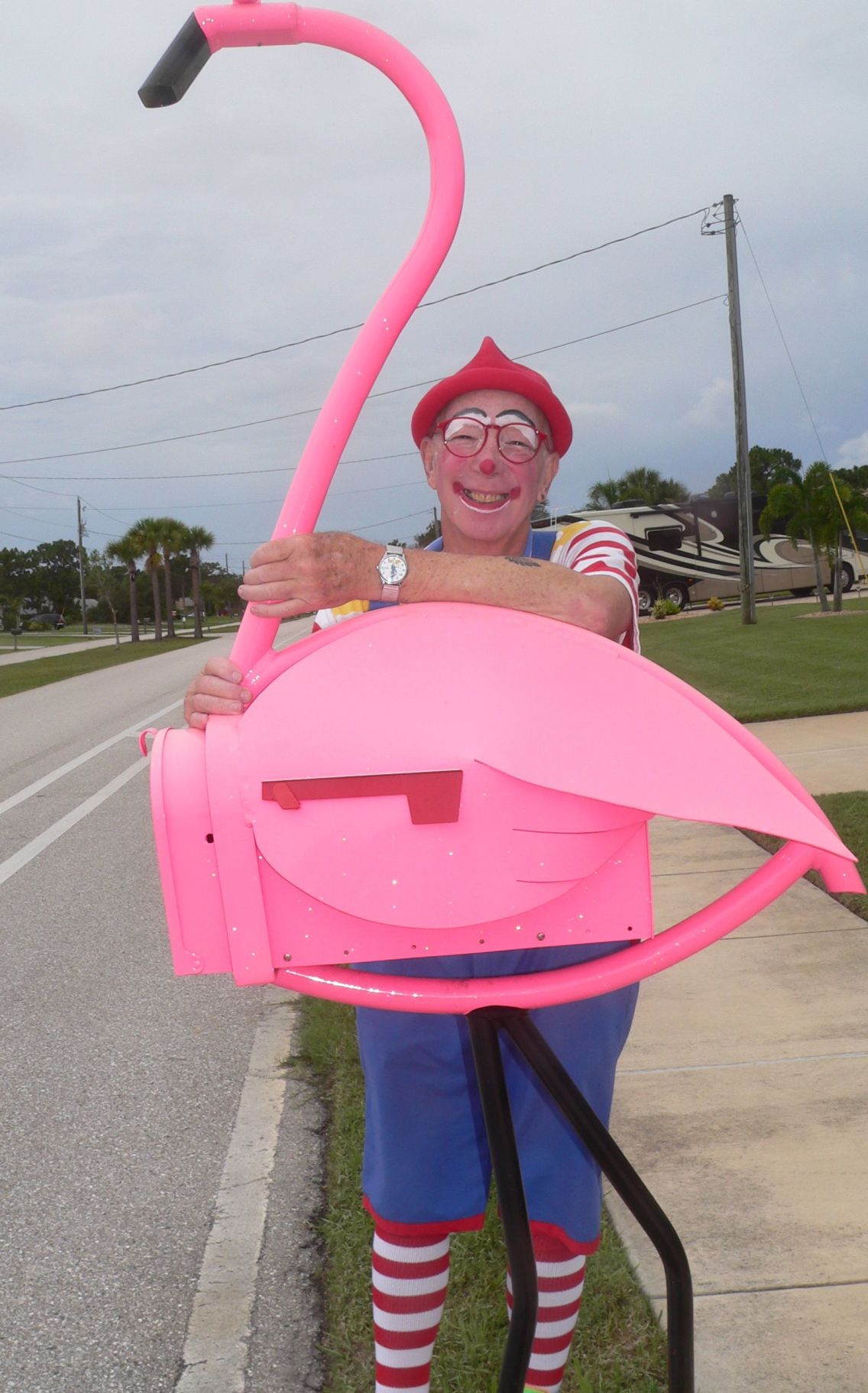 Even Harry Witt’s mailbox is unusual.

Harry Witt, also known as Harry the Ridiculous, clowns around at Englewood Beach.

Harry Witt does a magic trick at Project Phoenix in Englewood. He does children’s events and visits nursing homes for free.

The paintings, figurines and décor in Harry Witt’s Rotonda West home attest to his love of clowning.

Even Harry Witt’s mailbox is unusual.

For years, Rotonda resident has put on his clown makeup and visited nursing homes, where he makes a variety of balloon animals, shares jokes and stories and performs the occasional magic trick — all to bring smiles and to the residents.

But since COVID-19 hit months ago, he hasn’t been able to visit his friends: No visitors at nursing homes are the rules. He can imagine how lonely his friends there have become.

But Witt, 73, who also calls himself “Harry the Ridiculous,” thought up a new trick. He would go to the North Port Pines retirement center, but just not go inside. He would wave to his friends from outside the doors and windows.

“They were cheering and crying,” he said. “We hadn’t seen each other in five months. They enjoy seeing me and I love doing it.

“I miss the visits very much and can hardly wait to start again,” he said. “It’s always a very emotional event for me. When I visit the homes or do children’s entertainment.”

Witt doesn’t charge for his clown outings. However, he does use any donations he gets as prizes when he calls bingo games at the Douglas T. Jacobson VA nursing home in Port Charlotte. While he still can’t play bingo, he vows to be back, knowing the residents will remember him in his clown gear.

The Bronx native loves to joke around. He said it brings lots of smiles to people, including strangers and his wife, Ona.

“I met my wife online in 2001 at Love@AOL before Match.com came along,” he said. “She is actually more serious than me. But since we met, we’ve never been apart. We even bowl together. Ona Wood is the love of my life. We are both artists. We have funny things at our house like a 6-foot flamingo mailbox.”

After retiring as a “safe cracker” locksmith, Witt moved to this part of Florida, intent on attending Clown College, which used to operate in Venice and Sarasota. He was shocked to learn it had closed.

“They had enough clowns,” he said.

He learned a lot from his “dearly departed friend Nuzzles,” also known as Barbara Waters-Riddle, a well-known teacher of clowns in Englewood.

“She was famous and well-loved in the region,” Witt said.

Growing up, Witt’s father told some adult jokes that often made Witt laugh.

“My dad told my mom he wasn’t going to buy her anything for her birthday this year because she didn’t use what he got her last year,” Witt said.

“‘What was that?’ my mother asked.

“‘A tombstone,’ my dad said. When you grow up with that humor, it carries on later in life.”

Witt said he would tell young clowns to be funny.

“They need to get up, get out and be sincere,” he said. “If you are really talented, use it to help people, because in today’s society, the world needs to be cheered up.”