You are the owner of this article.
Edit Article Add New Article
I want to
Publications
Subscribe
Homes for Sale
Cars for Sale
Jobs
Classifieds
E-Paper
News Archives
App
Public Notices
Your Newspapers
Contact Us
1 of 9 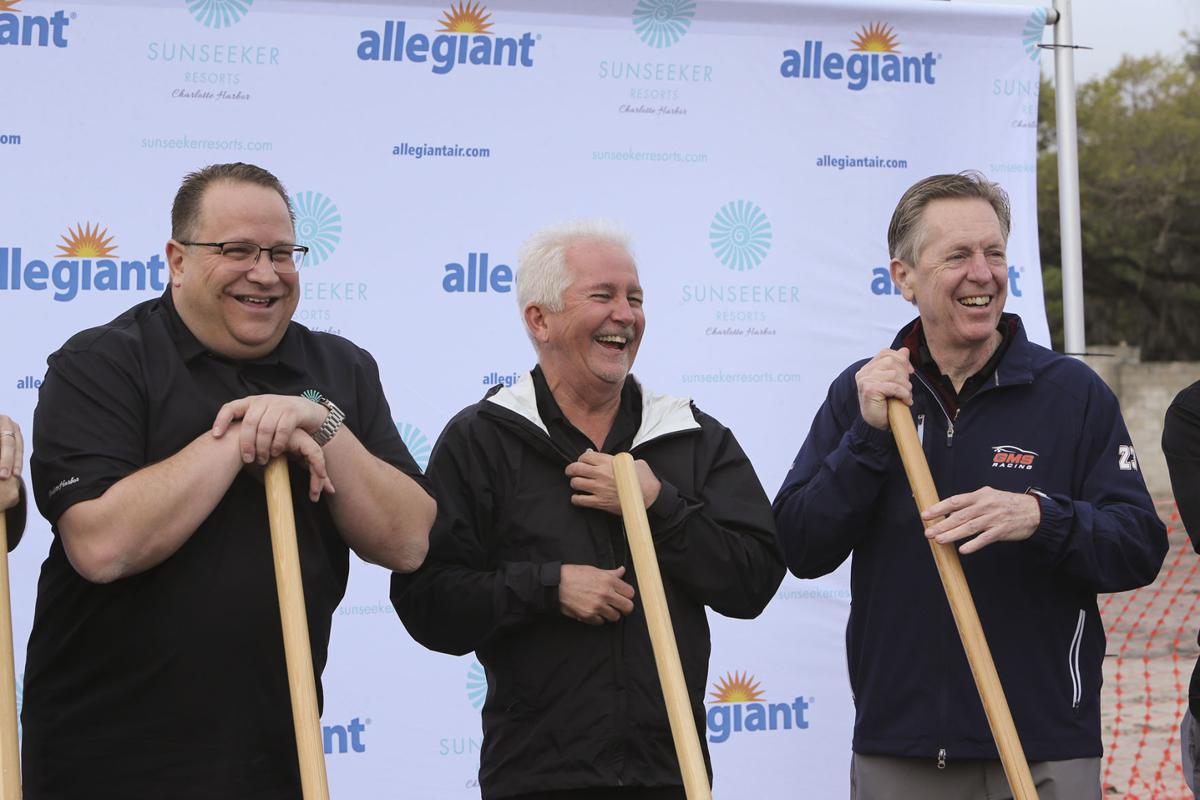 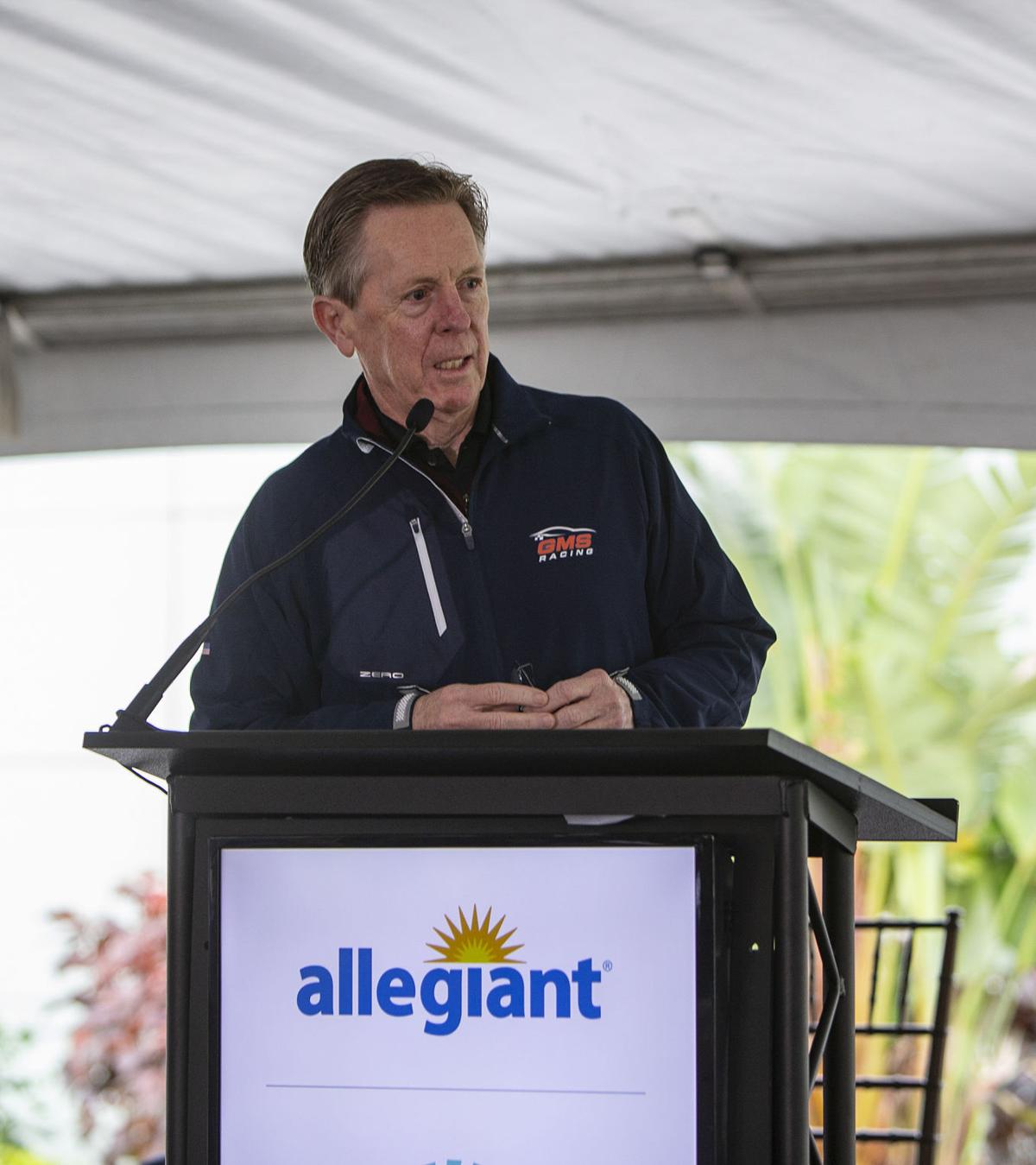 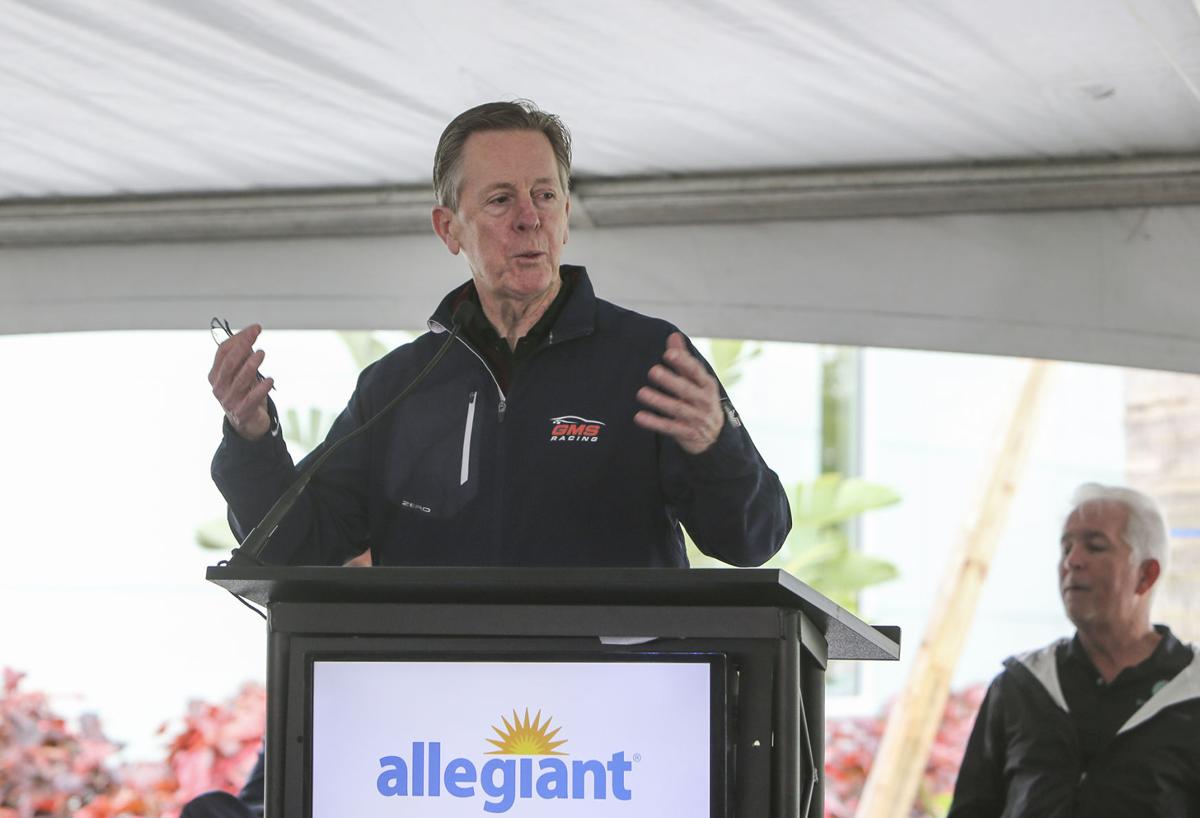 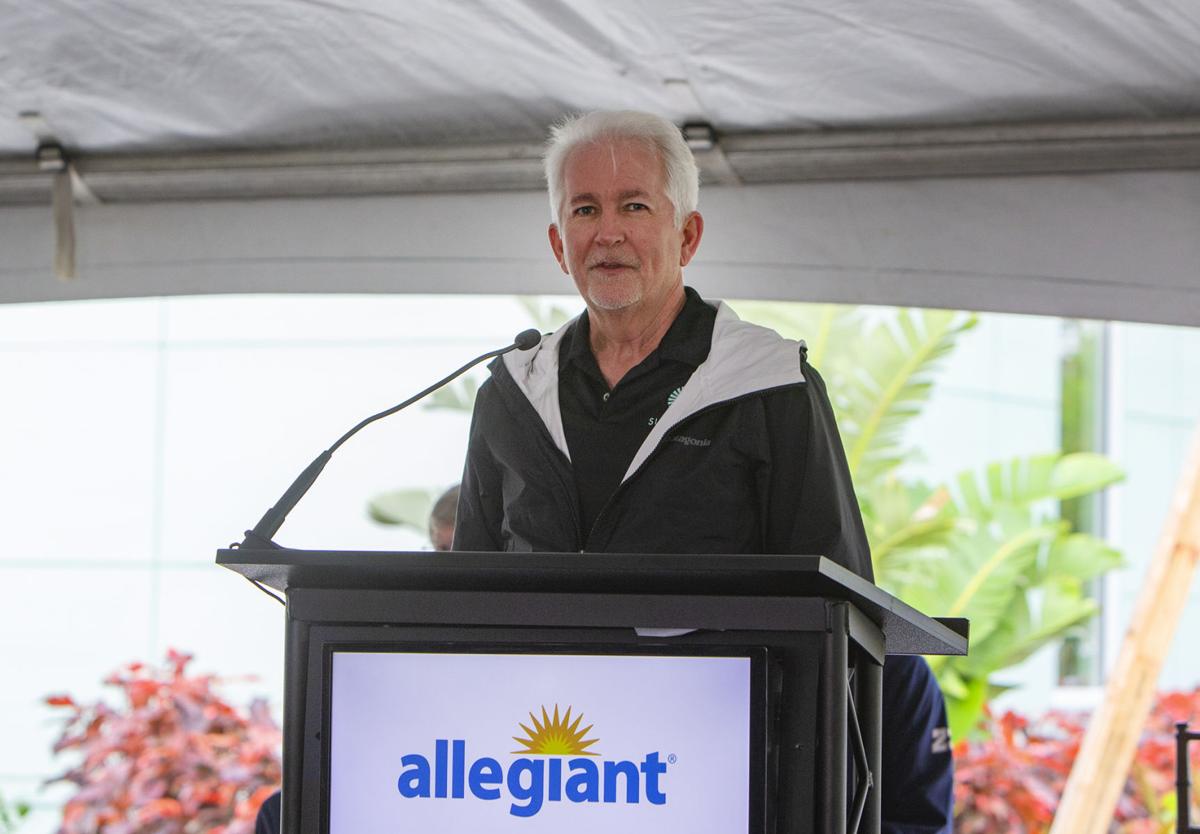 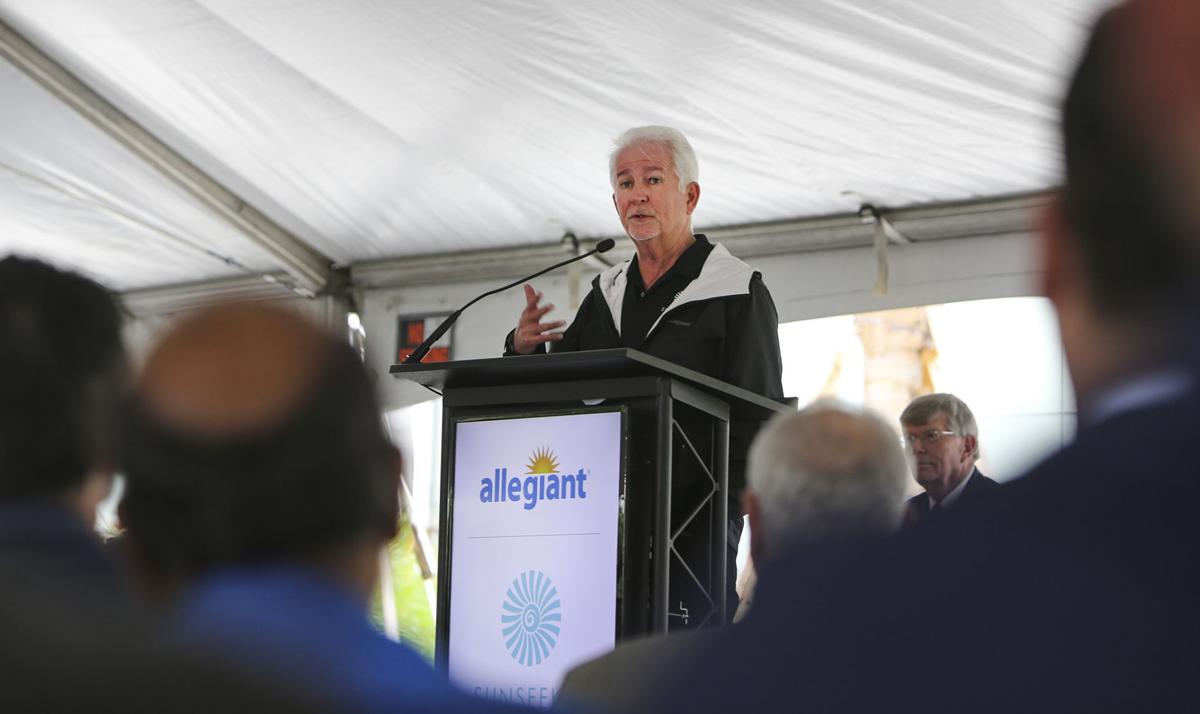 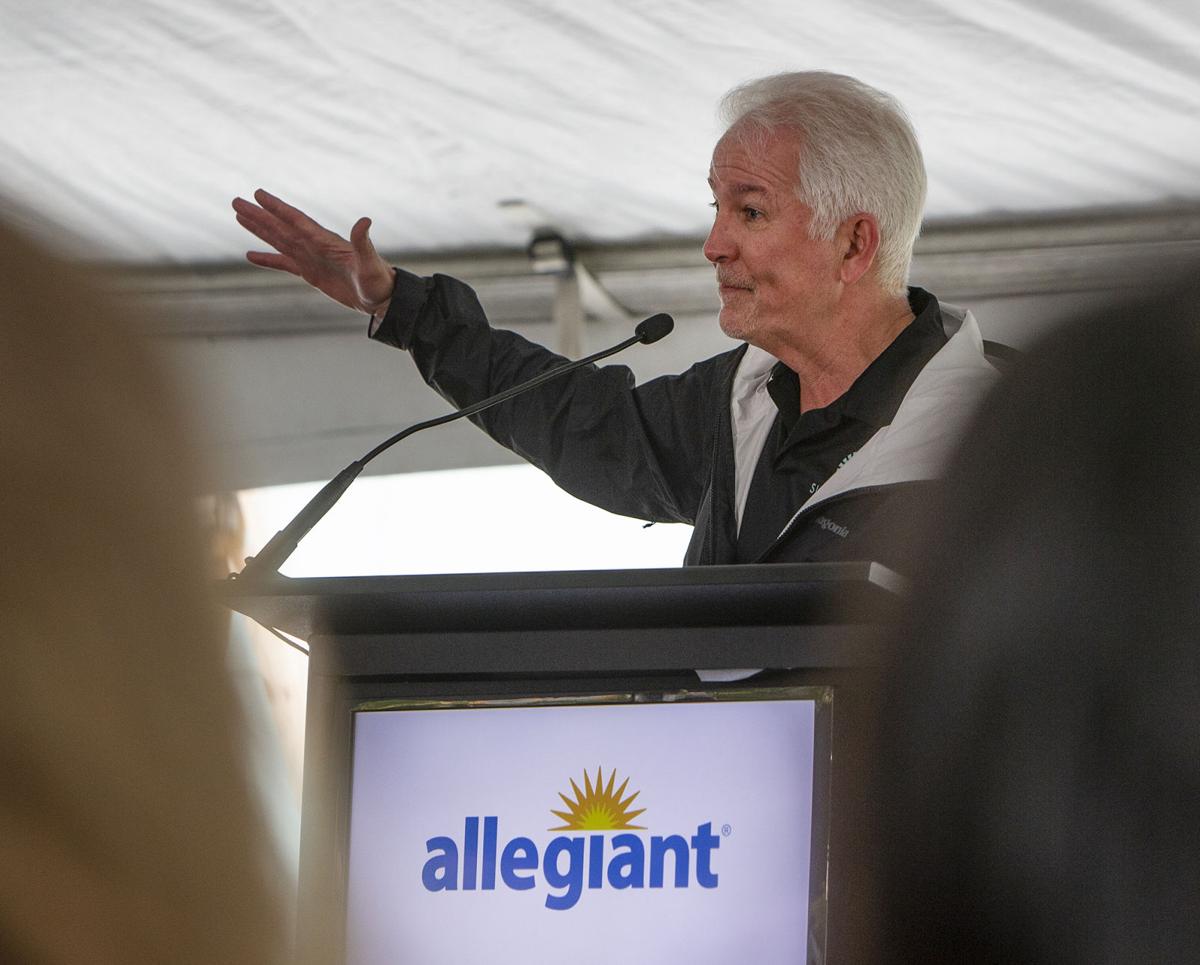 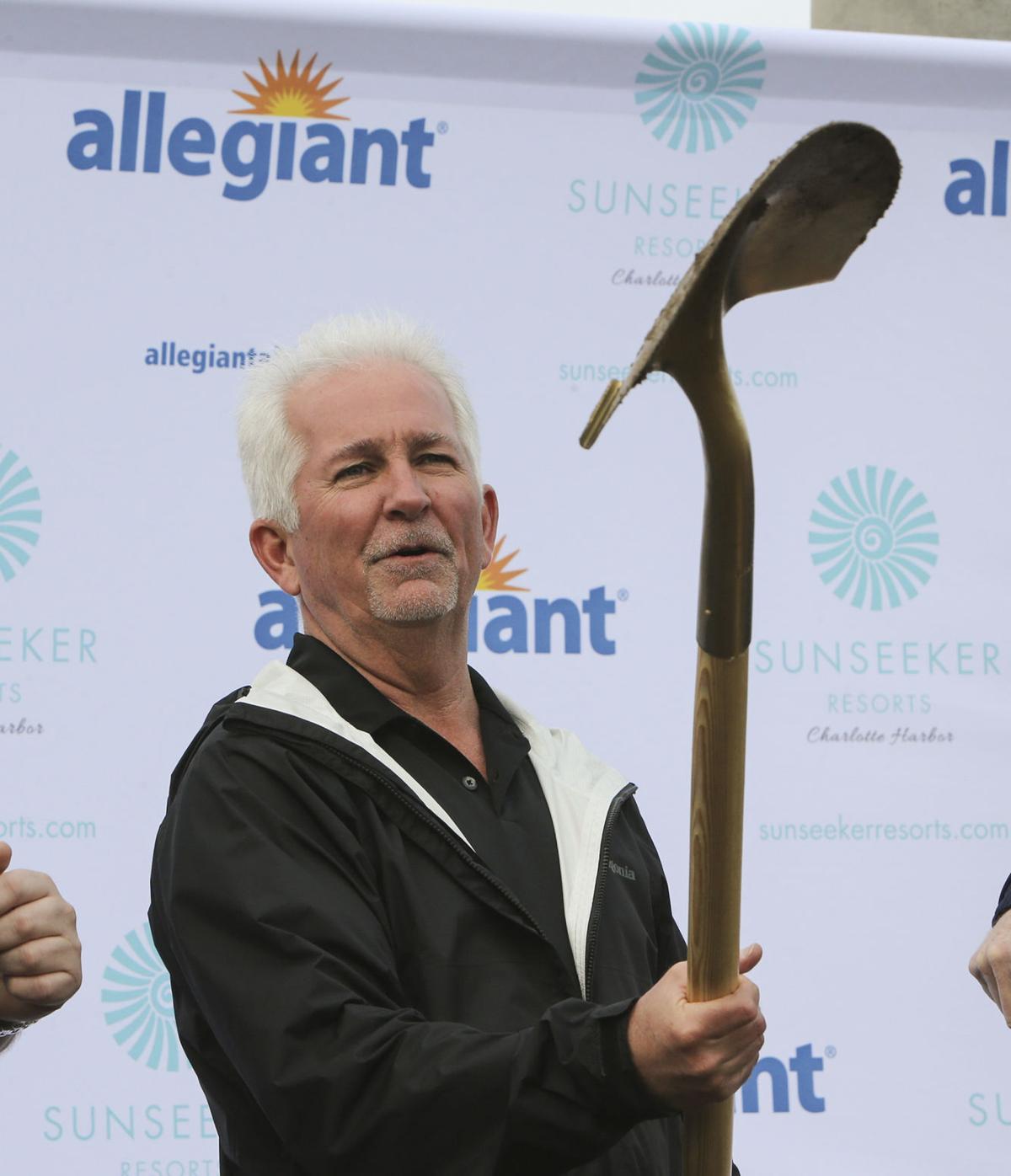 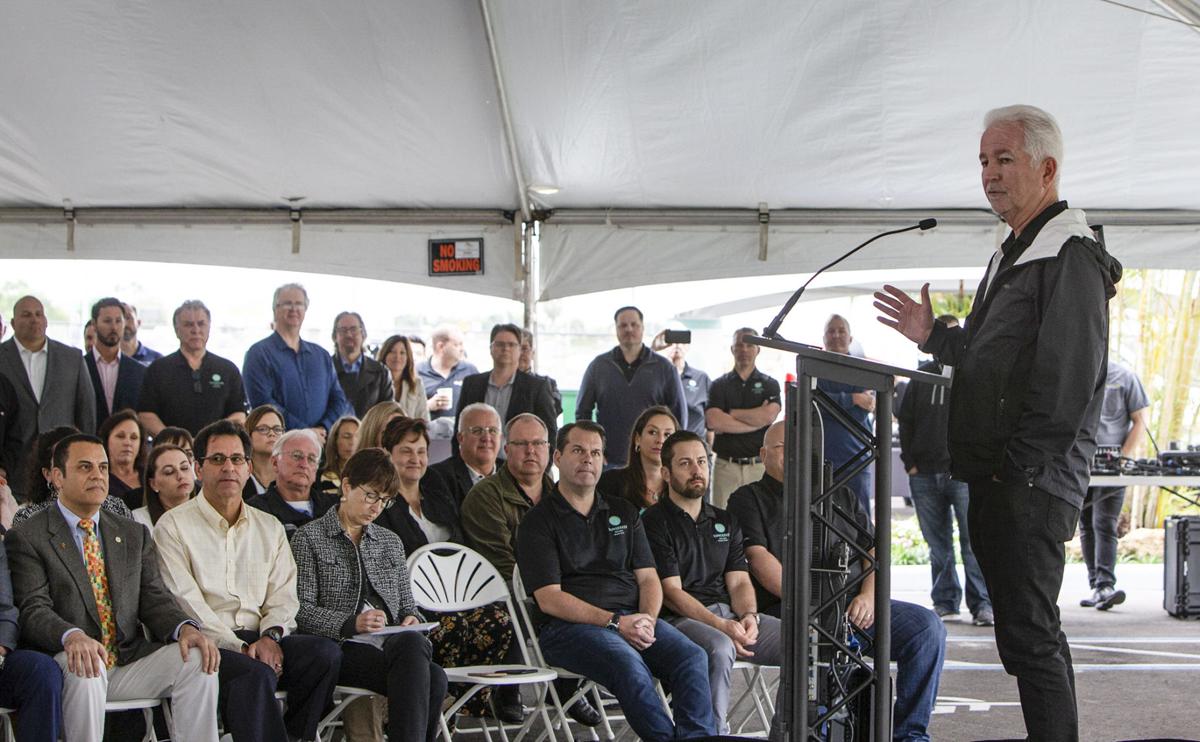 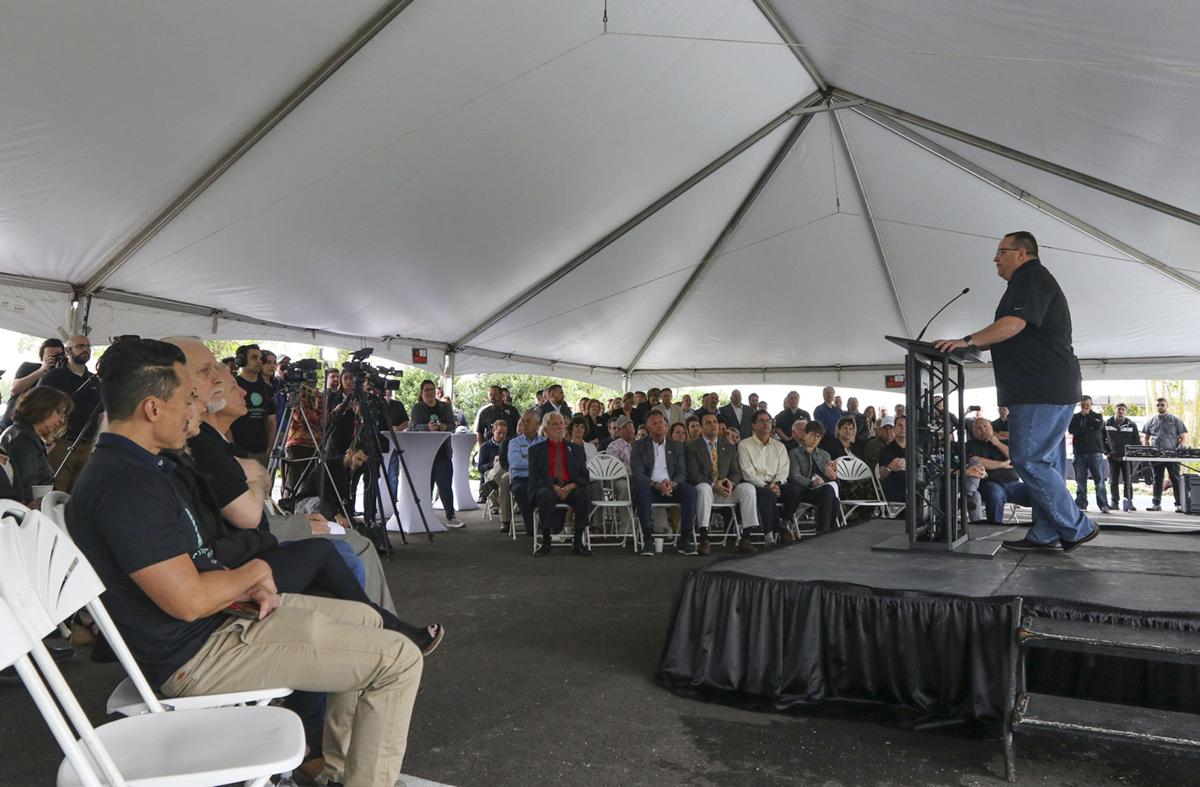 Move over, Disney, and make way for Sunseeker.

Allegiant Travel Co.'s new venture here in Charlotte County will prove wrong the remaining naysayers with a resort that changes the standards of travel and hospitality.

That was the message from company leaders at Wednesday's groundbreaking ceremonies on the waterfront of Charlotte Harbor. In the next 18-24 months, 90-foot buildings will rise from the ground with 680 hotel rooms and suites, convention space, 17 restaurants and a 2,150-foot public harbor walk. And a rooftop pool.

"I promise you this will be the most spectacular facility you've ever seen down here in Southwest Florida," said Allegiant President John Redmond.

"I just love seeing buildings going up in the air," mused County Commissioner Ken Doherty. He pointed out to the crowd the tens of millions of dollars that Sunseeker will bring to this relatively small county in the first years alone.

Construction is well underway on everything but the buildings. That includes giant steel pilings plunged deep into the waterside soil, a concrete wall enclosing the northern end of the 22 acres, and the beginnings of a sewage processing plant.

The way to make the resort spectacular in a little known location is to bring out a new vision for travel, vacation and leisure time, various executives pointed out.

"You can't do things that are obvious," said Redmond. "The obvious is done by the Deltas, the Americans." He listed the country's legacy airlines. "The not so obvious is what we do...That's what makes us so successful as a company."

Redmond made sure to insert "non-gaming" into his description.

"I say non-gaming, because people still think that we're going to do gaming here," the Las Vegas executive joked.

So what is not obvious about Sunseeker?

Architect Richard Wilson of LZ Studios in Orlando said working with Allegiant has been very different than working with Disney, because Allegiant is more focused on the customer. Disney is all about what Disney wants, he said.

"This is a unique company," he said of Allegiant.

Allegiant is allowing designers to find ways of making the resort feel intimate and not like the giant complex people see in the plans, he said. And not like what like locals imagine, used to having only putt putt golf and a sleepy motel on site.

Inside the preview center, the anti-Disney theme continues with a big screen that says "No theme parks, crowds or cafeteria food. This is not that Florida."

Doherty reminded the gathering that it was the county's special zoning that enticed a developer into sleepy Charlotte County. The zoning offered rights to build well above the 35-foot height limit, in exchange for a harborwalk.

"We want to make sure we'll be around for more than when I'll be here, and John and a few other people, and to do that, we have to get involved with customers," he said. "It's a big step for us, obviously. It's an expensive step, but the investment we think is going to be worth it."

Not a fan of this development due to the height of the buildings. There’s nothing wrong with being a sleepy little town.

Still do not believe "no gaming" as jokenly spoken by John Redmond. They have changed plans 3 times and nothing is set in cement that they say except for our commissioners bending over backwards for them. How can it be compared to Disney which has so much to keep you busy, Sunseeker just has what most hotels in the area has as well as brown water to look at.