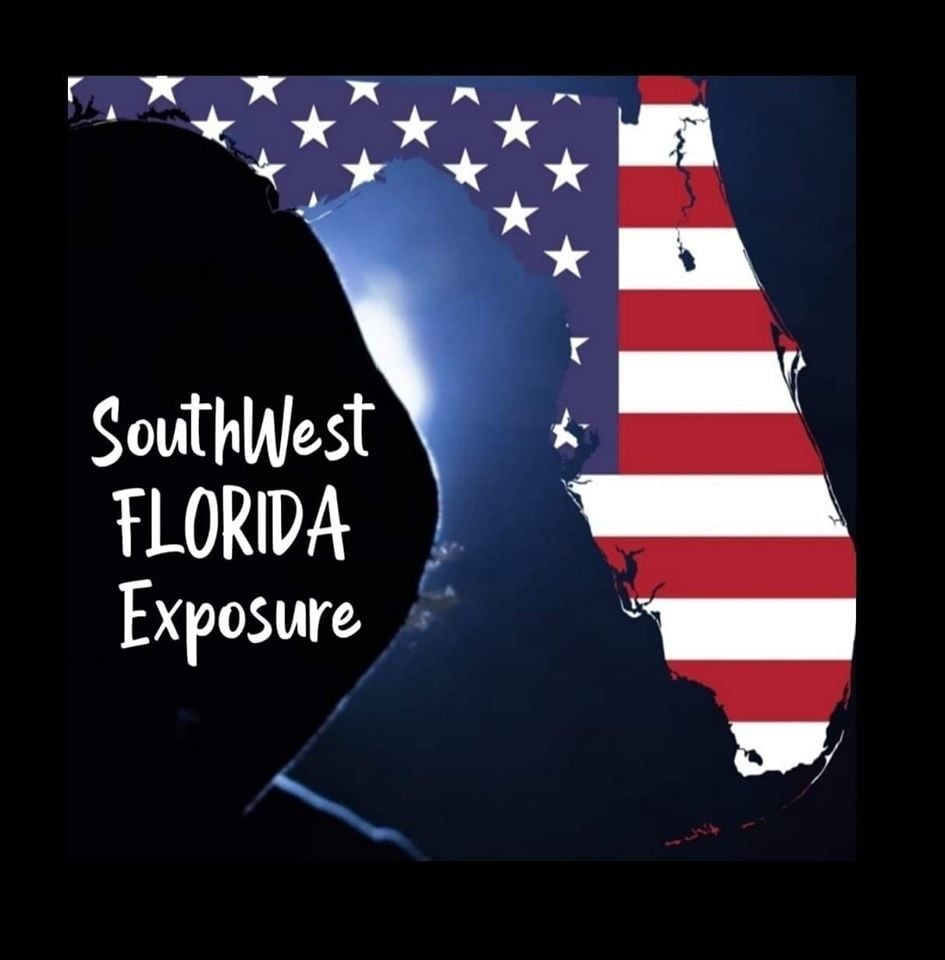 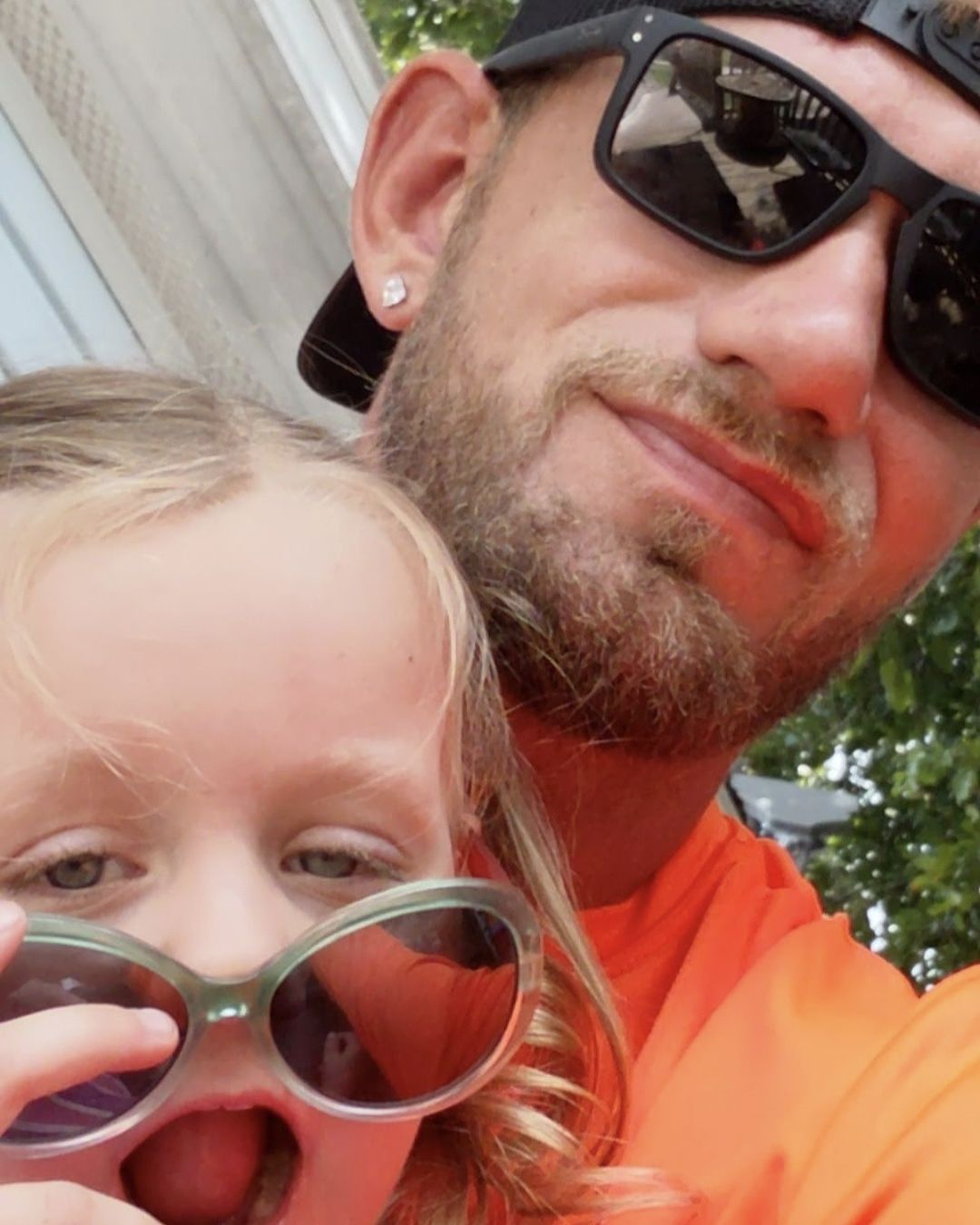 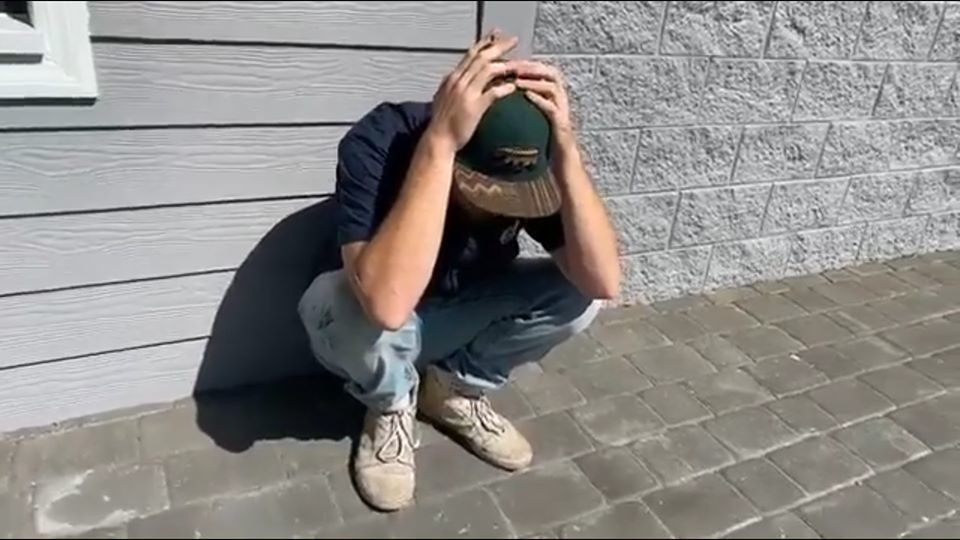 One of the men confronted by Lee Bassett after exchanging sexual messages with someone he believed was a 15-year-old girl. 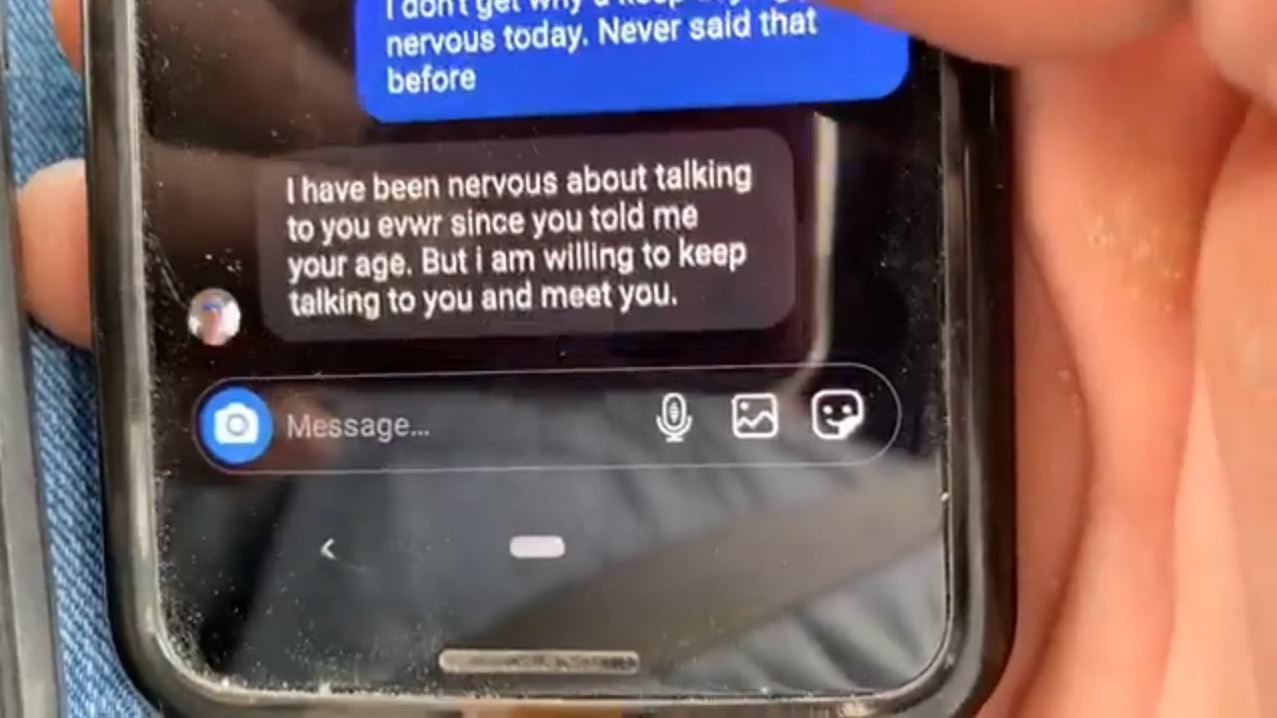 Text messages between a 48-year-old man and a decoy account. 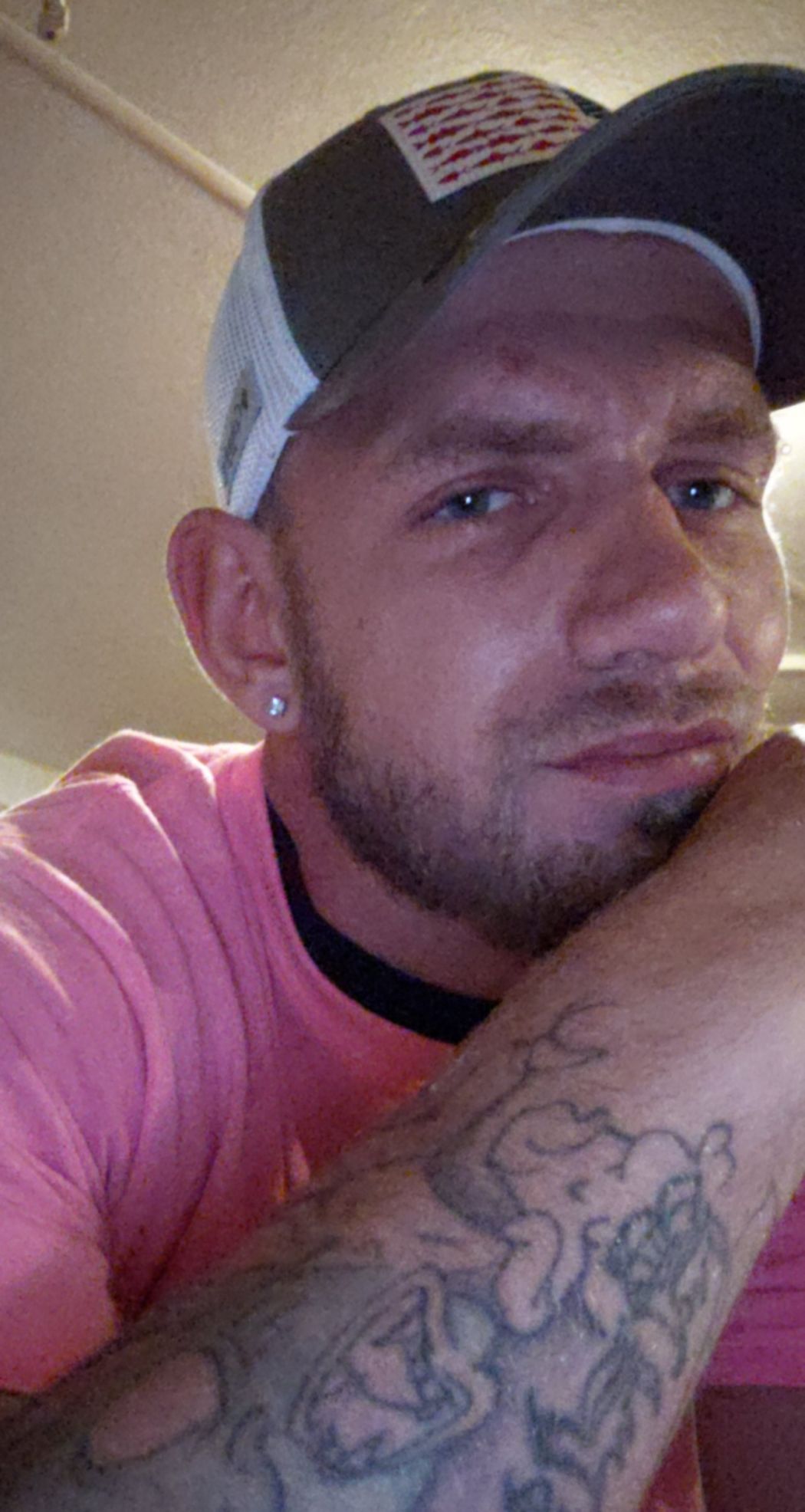 One of the men confronted by Lee Bassett after exchanging sexual messages with someone he believed was a 15-year-old girl.

Text messages between a 48-year-old man and a decoy account.

Lee Bassett is a construction worker by day, but he also has an unusual hobby — confronting would-be sexual predators after luring them with fake social media accounts.

Much like Chris Hansen in "To Catch a Predator," Bassett and his team of "decoys" speak to these men online for a few weeks. Conversations often veer sexual, while Bassett and his team ensure the men know they are talking to a would-be teenager. They talk on the phone, then set up a meeting.

"There's just a lot of creeps out there, and we're just trying to expose them and bring awareness to it," Bassett said. "A lot of times when cops do it, they don't get an arrest until the crime's already been committed. Doing it this way exposes them before they're doing the crimes."

The live videos are streamed to his Facebook page Southwest Florida Exposure. The page is only about a month old, but already has more than 12,000 followers.

Bassett said he used to do the same thing with a friend in the Hillsborough area, but now they've split to their own pages, and he focuses on the North Port and Sarasota areas. Adult women who live out of state serve as the "decoys," making the phone calls and providing photos, often with filters to appear younger.

"They're out of state so these perverts aren't walking down the street and seeing these girls like, 'Hey, you're the one who set me up,'" he said. "It's a reality, there's a lot of 15-year-old girls in real life who don't look or sound their age."

Men have come from as far away as New Port Richey to meet the girl they've been talking to. When Basset explains he is that "girl," reactions are mixed.

"Usually I get, 'I was hacked, or I was coming up here to make sure that girl wasn't in danger because of what she's doing,'" he said. "So I say, 'Why didn't you call the cops or go through the proper channels?' That's why I call them on the phone, so we can say, 'Did your voice get hacked? How did you know to come to this location if you got hacked?' Ninety percent of the time when I'm there, I can get them to admit why they're there and what they're doing."

Most men he meets are in the 25 to 30 age range, though there are some older ones as well.

"We do get them on all ages, but the majority, for it to be realistic, most of the guys are kind of younger," he said. "They believe they look young enough to have a chance with a child, so those are the ones that will be dumb enough to fall for it. The older ones would be like, 'There's no way you'd be into me.' They want more proof, want you to video chat, want you to do a lot of stuff that I can't do because I'm cat-fishing."

In one Fort Myers case, a man was actually touching other children in real life, Bassett said. The exposure from the video allowed the victim to feel more comfortable speaking about the incident. He is currently in the Lee County Jail awaiting trial on lewd and lascivious battery and sexual battery charges.

"Her mom messaged me and said we may not have gotten him arrested, but we gave her daughter a voice to come forward and speak about what was happening," Bassett said. "That's what I always tell people — we do this out of our free time, and if it saves one child, brings justice for one child, it does something."

But that sort of justice is rare.

"We try to turn stuff over to the police, but they're not breaking the law yet, because a real child's not involved," Bassett said. "They really have to completely commit the crime before an arrest can happen."

In some cases, a different sort of justice occurs. Bassett is still in contact with some of the men and has referred at least one to get help through therapy.

"If I can't get them arrested, I try to get them into some kind of help center," he said.

Bassett has his own criminal history. Though none of his charges are sexual in nature, he sees his work on the page as a way to serve the community.

"People change; people mess up," he said. "I've made mistakes. I've served my time. I look at it as a way to give back."

Most local law enforcement officials are not on board with Bassett's tactics. North Port Police Spokesperson Josh Taylor said the police department "strongly advises against these activities."

"We would prefer people leave this to law enforcement," he said. "The dangers are endless. Law enforcement has protections to do this type of work. Someone doing it from home behind a keyboard does not. You can imagine a situation where those doing the 'exposing' are exposing themselves to retaliation and possibly legal ramifications."

Bassett said he understands that, and that's why he films the encounters.

"If they are going to do something stupid, they're already caught," he said. "They're already on camera. I can say, I'm livestreaming right now, we already see your face, it's already being recorded. It's not like you can hurt me and take my phone and get away with it."

Port Charlotte attorney Russell Kirshy said he wouldn't imagine there would be any legal liability for Bassett as long as everything he posts is true.

"Generally speaking, you cannot be sued for defamation if what you are saying is the truth," he said. "If you say something out loud that is truthful, even if it's damaging to someone, generally you can't be held responsible. I guess there's a possibility where they could claim some sort of fraud or something like that, but I would seriously doubt that anyone's going to end up doing that."

Bassett hopes the videos will raise awareness of the dangers for children on the internet and make predators afraid.

"Anytime a grown man thinks he's speaking to a child, I want him to worry he's being set up," he said. "If my page can't run anymore, it means we've done what we want to do."

To view Bassett's page, visit www.facebook.com/southwestfloridaexposure. Viewers should note some of the content includes profanity and graphic sexual language.