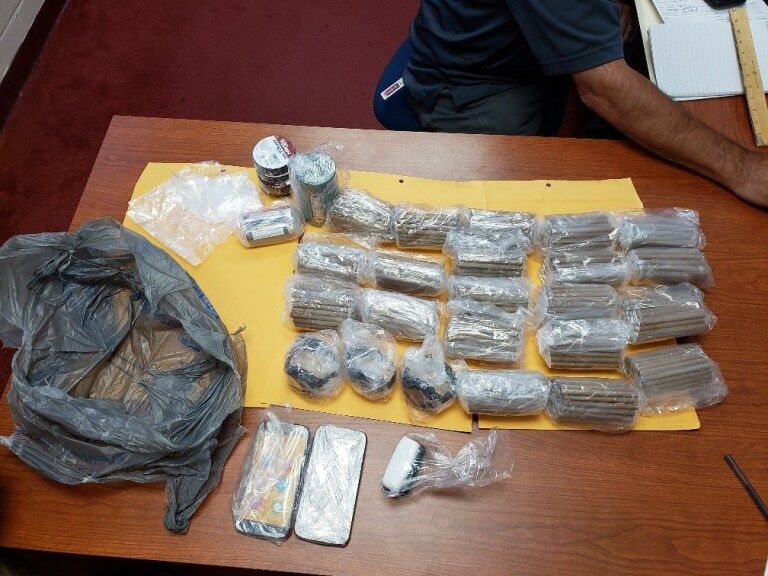 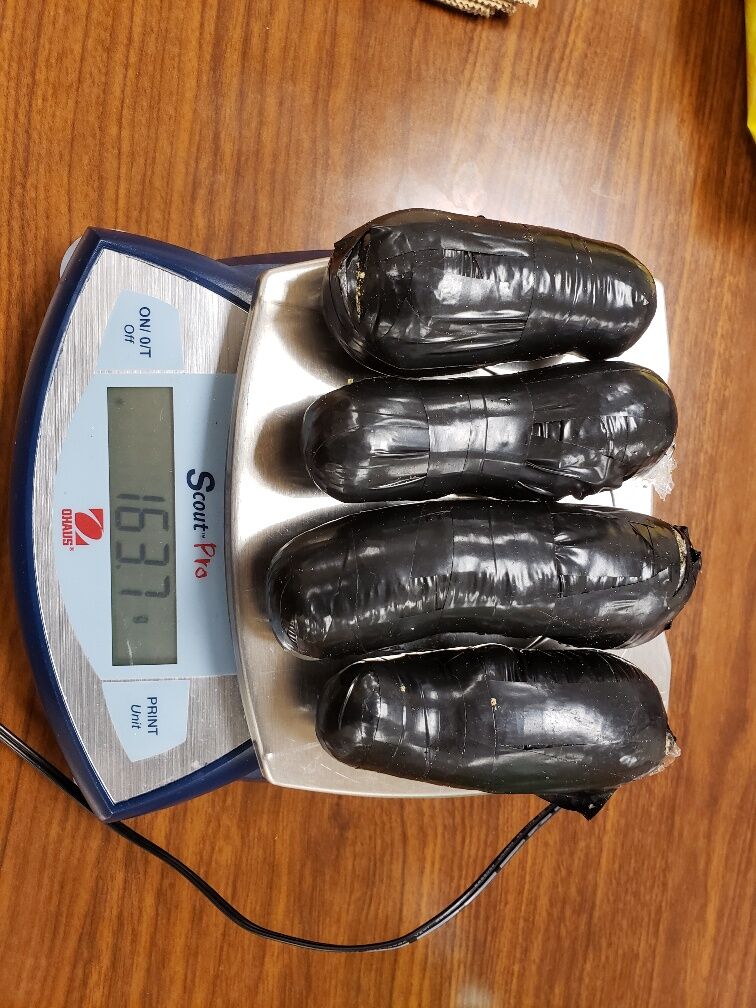 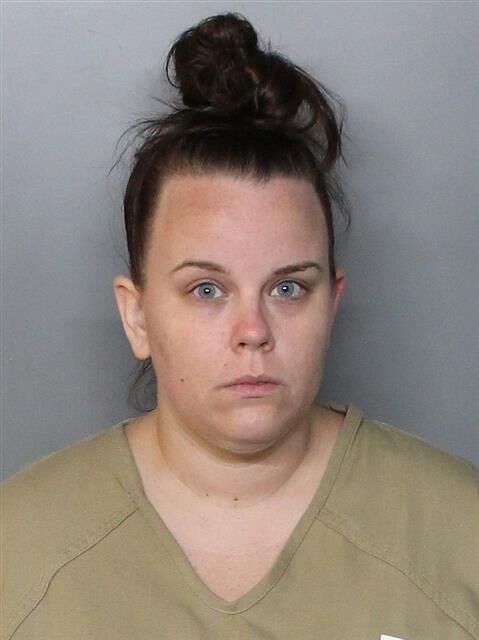 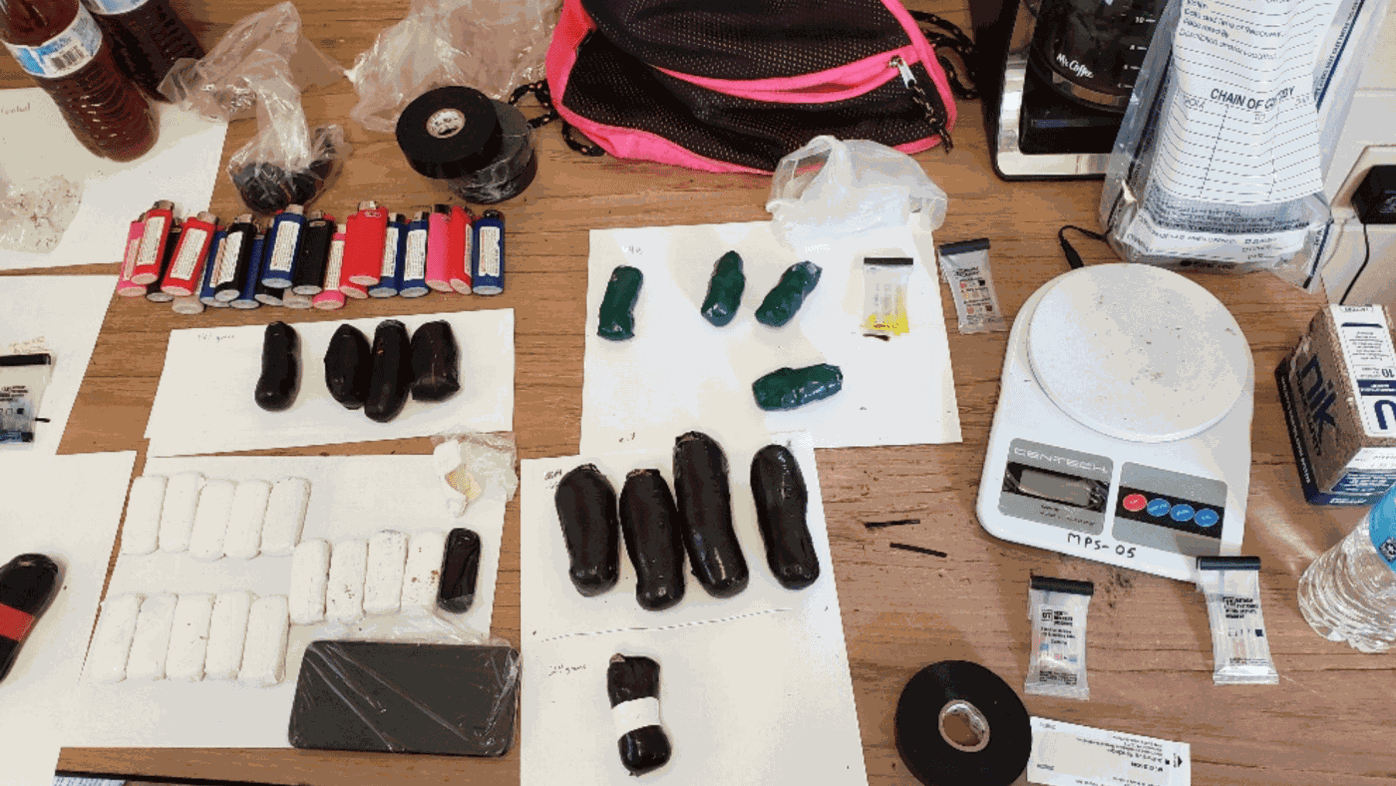 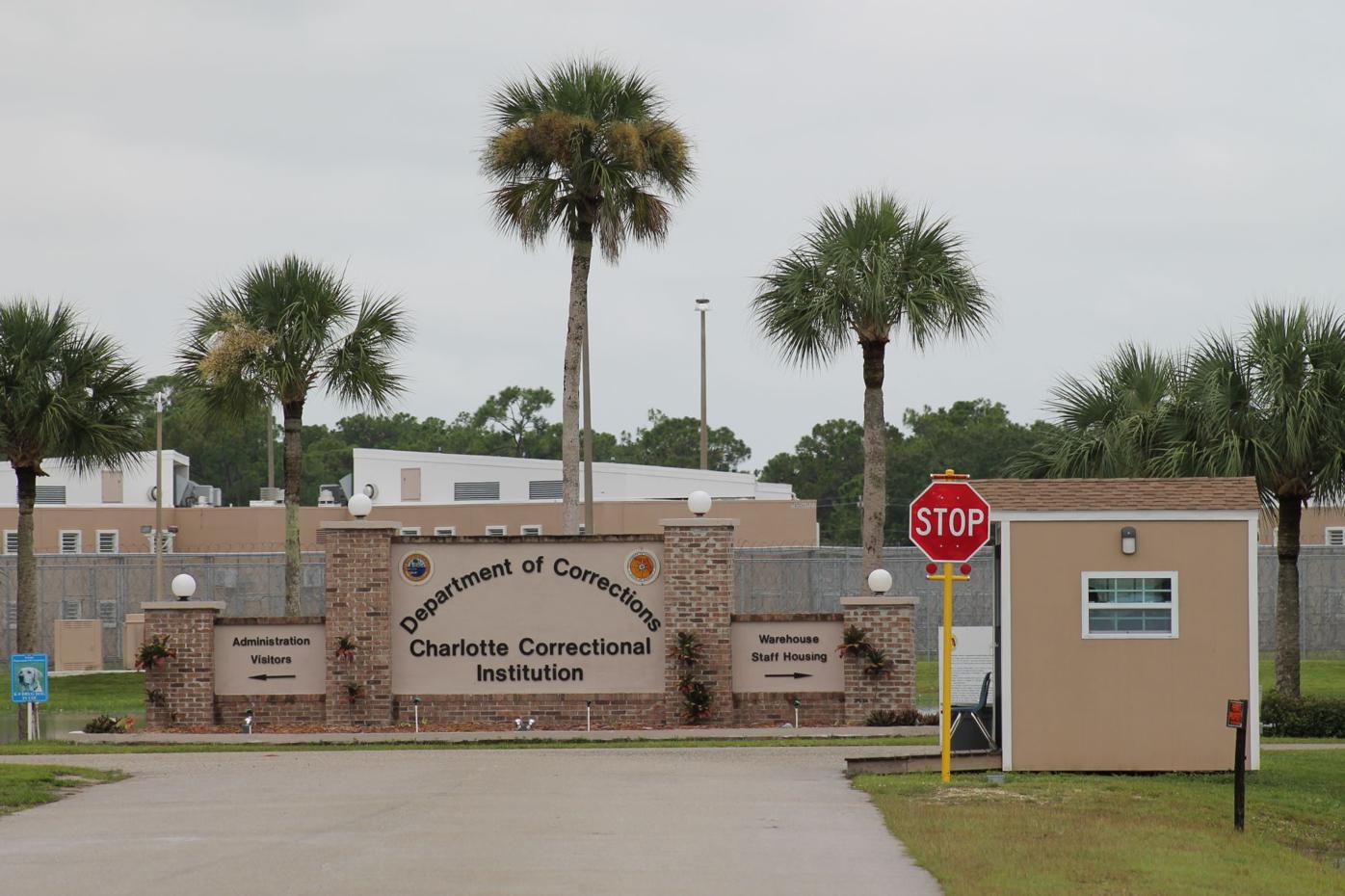 Following a five month investigation, a North Port woman was arrested for her alleged role in smuggling drugs into the Charlotte Correctional Institution via body-packing, the internal concealment of drugs within the gastrointestinal tract or other orifices.

Jessica Haller, 29, was arrested Tuesday on 12 charges — 11 of them felony charges. More charges may be forthcoming, an arrest report says.

Contraband including 310 grams of MDMA, 535 grams of synthetic marijuana, micro-cell phones and Bic lighters, among other items, were wrapped in electrical tape and found on prison property, according to police reports.

In early June, a corrections officer was conducting his morning checks of CCI property where outside ground inmates work during the day, and he found contraband at the sewage lift station, under hollowed-out stairs.

Because inmate David Odell was caught with a cell phone, and cell phones were found at the “drop” at the lift station, law enforcement began to track Odell’s conversations.

Law enforcement tracked and decoded many messages exchanged between Odell and his girlfriend, Haller, via Jpay, a service provider that inmates can use to message people. The two were talking in code about Haller dropping off the contraband, an arrest report says.

“Hope u got enough for the both of us … listen soon as u find out the status on everything plz let me know tonight,” Odell sent to Heller via Jpay.

On recorded phone calls, Haller told her boyfriend about almost getting bitten by alligators. CCI is surrounded by wetlands and is known to be an environment that is home to alligators.

An officer saw footprints coming from Interstate 75, down a two-mile dirt road to the prison, then back to I-75. A part of the barbed wire surrounding CCI was lifted off the pole. Later, a historical GPS search warrant was completed for Haller’s phone, and found her to be in the area of CCI on both dates when the contraband was dropped off on prison property.

Multiple times, officers searched Haller’s trash outside her home, and found empty micro-cell phone boxes, electrical tape cases, empty boxes of Bic lighters and more trash that was connected to the contraband. Sim card boxes found in the trash matched the sim cards that were included in the contraband. Cellphone speakers were also found in the trash. Often, when smuggling cell phones into detention centers, the speakers are taken out so that the phones can pass through metal detectors.

Fingerprints found on the wrapped contraband were matched to Haller’s fingerprints, reports say.

“It’s important that we keep contraband from getting into our facilities, to keep our inmate population safe,” Charlotte County Sheriff Bill Prummell said in a statement. “That’s just as true at the state level as it is at the county level.”

The investigation was a collaborative effort between multiple units within the Charlotte County Sheriff’s Office, North Port Police Department, which provided some undercover operations and observations at the woman’s home, the FBI Prison division and Warden Snider.