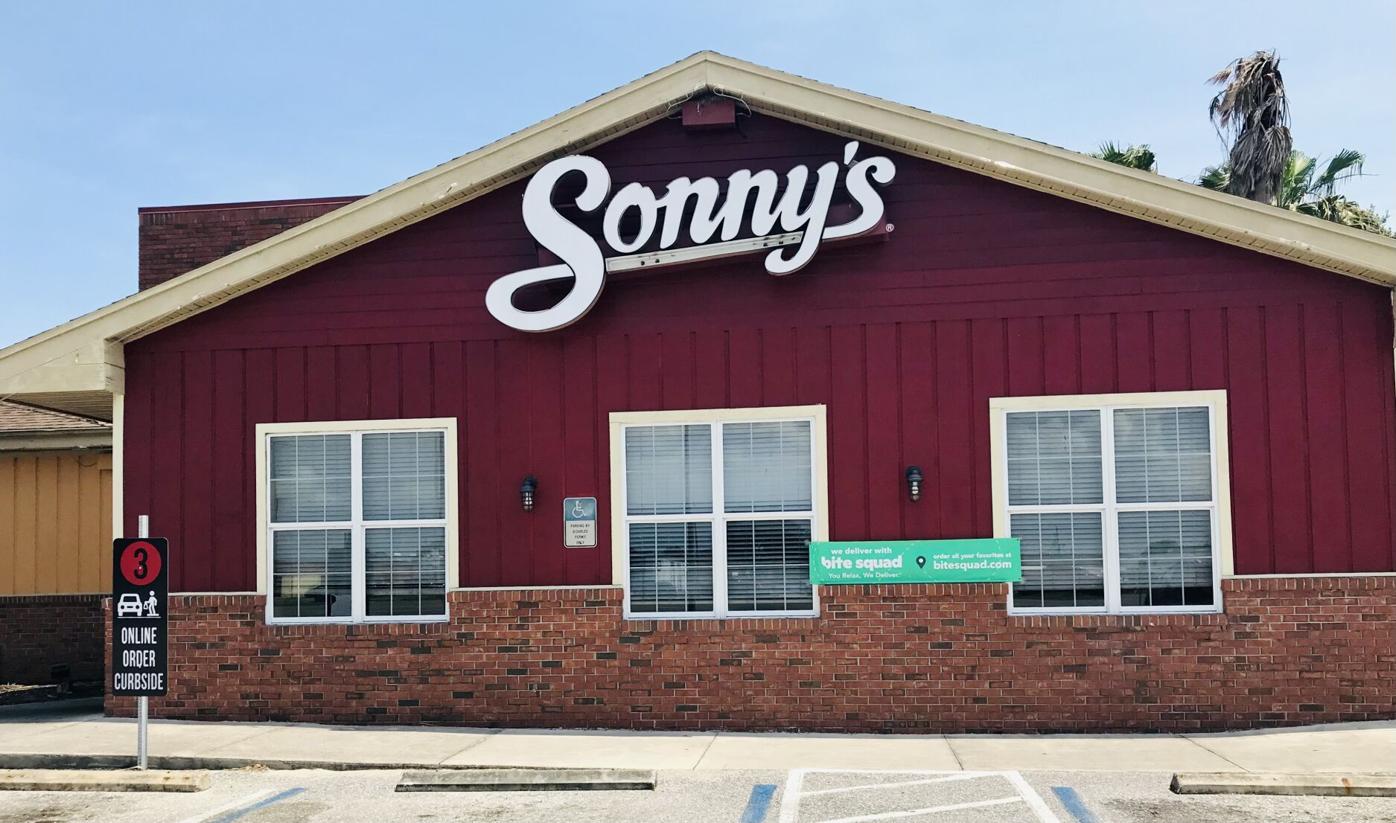 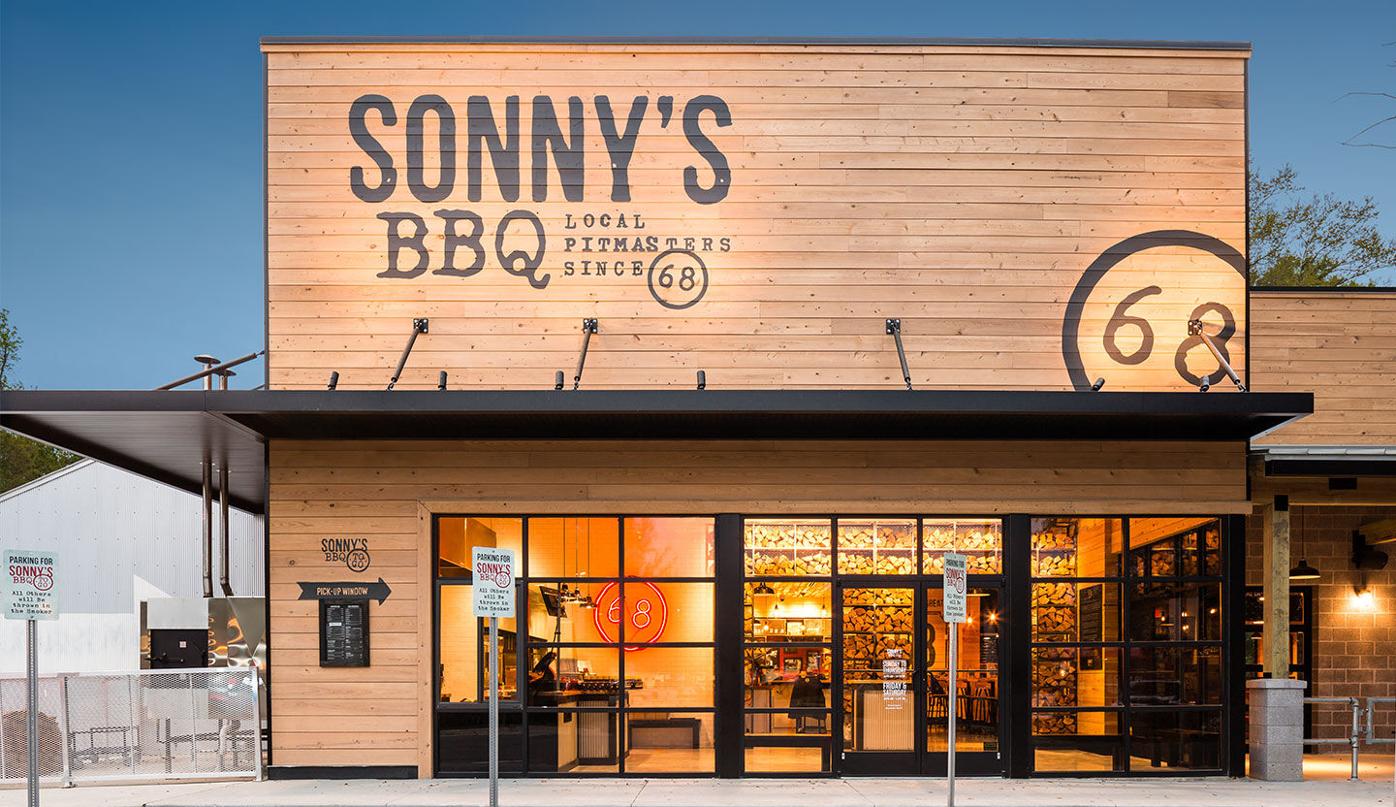 The Hokansons’ Bradenton and Sarasota stores now have the new look of remodeled Sonny’s BBQs. Their Venice and Port Charlotte stores never will. 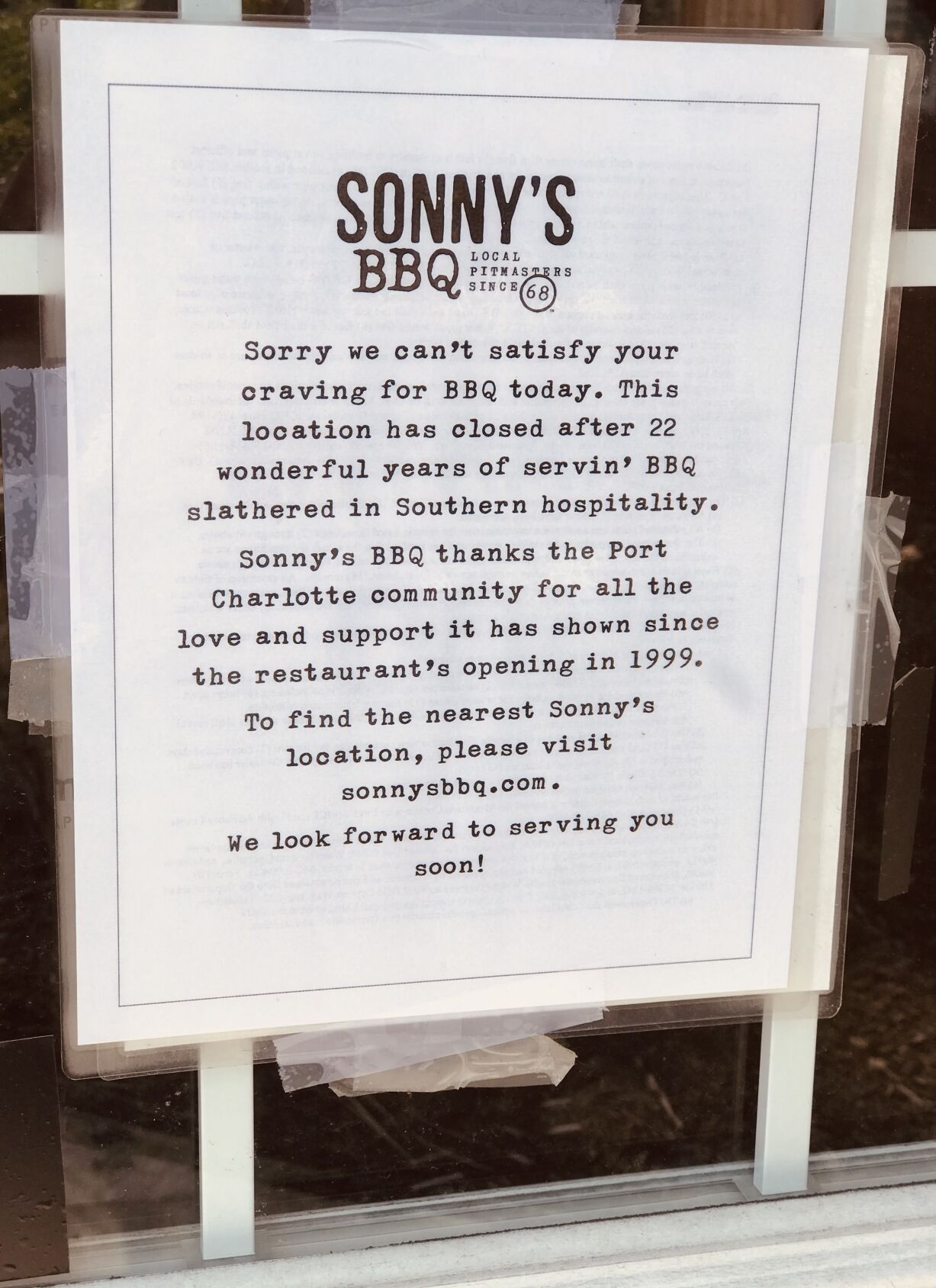 Sonny’s Port Charlotte customers found this notice on both doors.

The Hokansons’ Bradenton and Sarasota stores now have the new look of remodeled Sonny’s BBQs. Their Venice and Port Charlotte stores never will.

Sonny’s Port Charlotte customers found this notice on both doors.

Sonny’s BBQ in Port Charlotte quenched its fires for good Sunday, after 22 years in business.

Noontime Monday, country music still drifted out of its loudspeaker. A tantalizing oaky aroma still rose from the stacks of its smokers.

Polly Parsons had driven all the way from Englewood to satisfy a sudden yen for Sonny’s.

All she found was a boilerplate Sonny’s announcement on the door: “Sorry we can’t satisfy your craving for BBQ today. This location has closed after 22 wonderful years of servin’ BBQ slathered in Southern hospitality.”

Parsons cried, “They’re closed! Forever! I was coming here for lunch. My mouth is watering. My heart is broken. You can still smell the barbecue. Sonny’s is my comfort food.”

Instead of serving lunch on Monday, tearful Sonny’s waitstaff were loading armfuls of competition barbecue trophies into their cars behind 1152 Tamiami Trail.

Franchisees John and Kristin Hokanson, of Southwest BBQ Inc., had told them that the location’s many winnings were theirs to keep.

According to an email from Sonny’s Franchise Company, “The franchise owner has decided to permanently close this location effective Monday, May 3.”

Kristin Hokanson told The Daily Sun, “We’ve had a great 22 years here and love our Port Charlotte community. We appreciate all of our customers who’ve been with us for the last 22 years. We know people by name here.”

All 30 of the store’s employees have been offered opportunities at the Hokansons’ other Southwest BBQ Inc. locations: the fully remodeled Sarasota and Bradenton stores.

The Port Charlotte shuttering comes on the heels of the 2018 closing of the Venice Sonny’s, which the Hokansons had elected not to upgrade.

Recently faced with a corporate-wide remodeling initiative, Sonny’s franchisees across several states have chosen to close their doors rather than invest in the costly redo.

Sonny’s, founded in Gainesville in 1968 and now based in Maitland, was the largest U.S. barbecue chain in the 2000s. It has since shrunken from nearly 150 barbecues across nine states to today’s 91 stores in eight states.

The Hokansons’ Sonny’s BBQ Sarasota is at 3926 South Tamiami Trail. Their Sonny’s BBQ Bradenton is at 631 67th Street Circle East. A different franchisee’s nearby Sonny’s is in Fort Myers at 5980 Winkler Road.