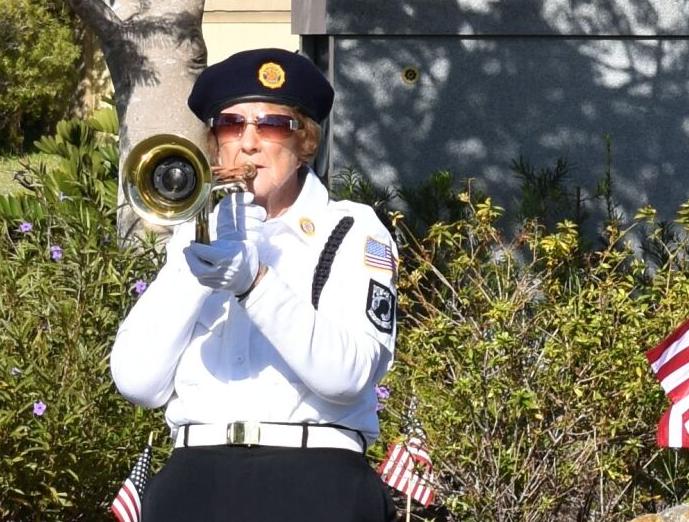 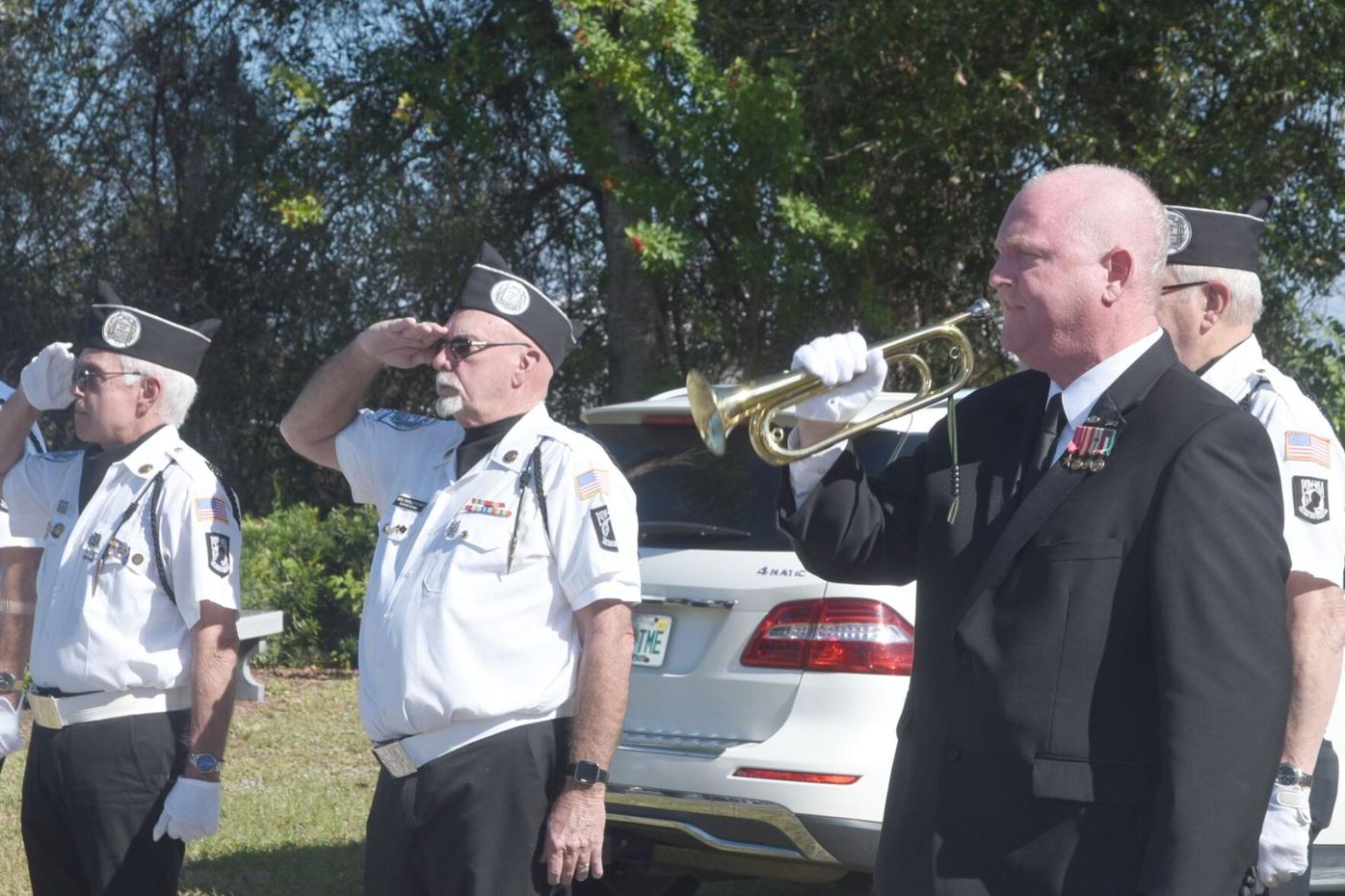 As David Dines played “Amazing Grace” on the bagpipe, families at Charlotte Memorial Cemetery placed wreaths on the graves of their loved ones on Saturday morning.

It was the first-ever Wreaths Across America event in Charlotte County, according to organizers.

Around the country and in cemeteries all over the area, people honored veterans as a part of Wreaths Across America, in what was created as a teaching opportunity for the sacrifices given by men and women in U.S. military service. Locally, ceremonies were held at Gulf Pines Cemetery and Lemon Bay Cemetery in Englewood, as well as Sarasota National Cemetery.

Three months ago, David Obermier was contacted by Pat Tyler, who had a special request.

“She asked why we can’t have an event for this national day for people who have family members buried here in Charlotte County,” said Obermier, a pre-arrangement adviser for the cemetery. “We didn’t have much time, but we did it.”

After an invocation by retired U.S. Army Col. Philip Hill, a presentation of the colors was done by American Legion Post 103 of Punta Gorda and Post 110 of Port Charlotte.

Six veterans as well as an American Gold Star Mother (those who have lost a son or daughter in service) presented service wreaths representing all the branches of the military.

Families were asked to lay wreaths on the grave sites of their loved ones first, and volunteers including boy scout and girl scout troops, and members of the community placed the remaining wreaths on graves with flags.

“We marked every grave of a veteran with an American flag,” Obermier said. “We had a total of 189 wreaths.”

Attached to each wreath was a small tag that stated: “Today, I placed a wreath on the grave of an American hero.”

Organizers encouraged everyone to take the tag with them so they have a memory of this day.