You are the owner of this article.
Edit Article Add New Article
I want to
Publications
Subscribe
Restaurant Directory
Homes for Sale
Cars for Sale
Jobs
Classifieds
E-Paper
News Archives
Calendar
App
Public Notices
Your Newspapers
Contact Us
1 of 3 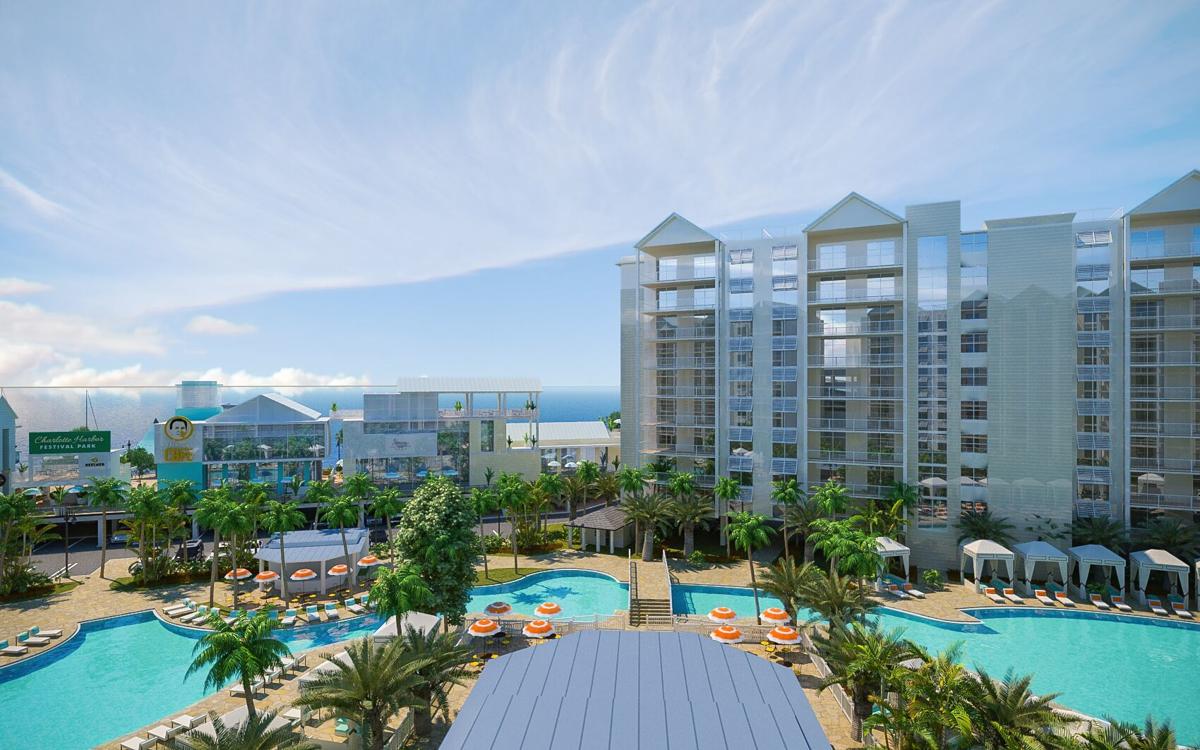 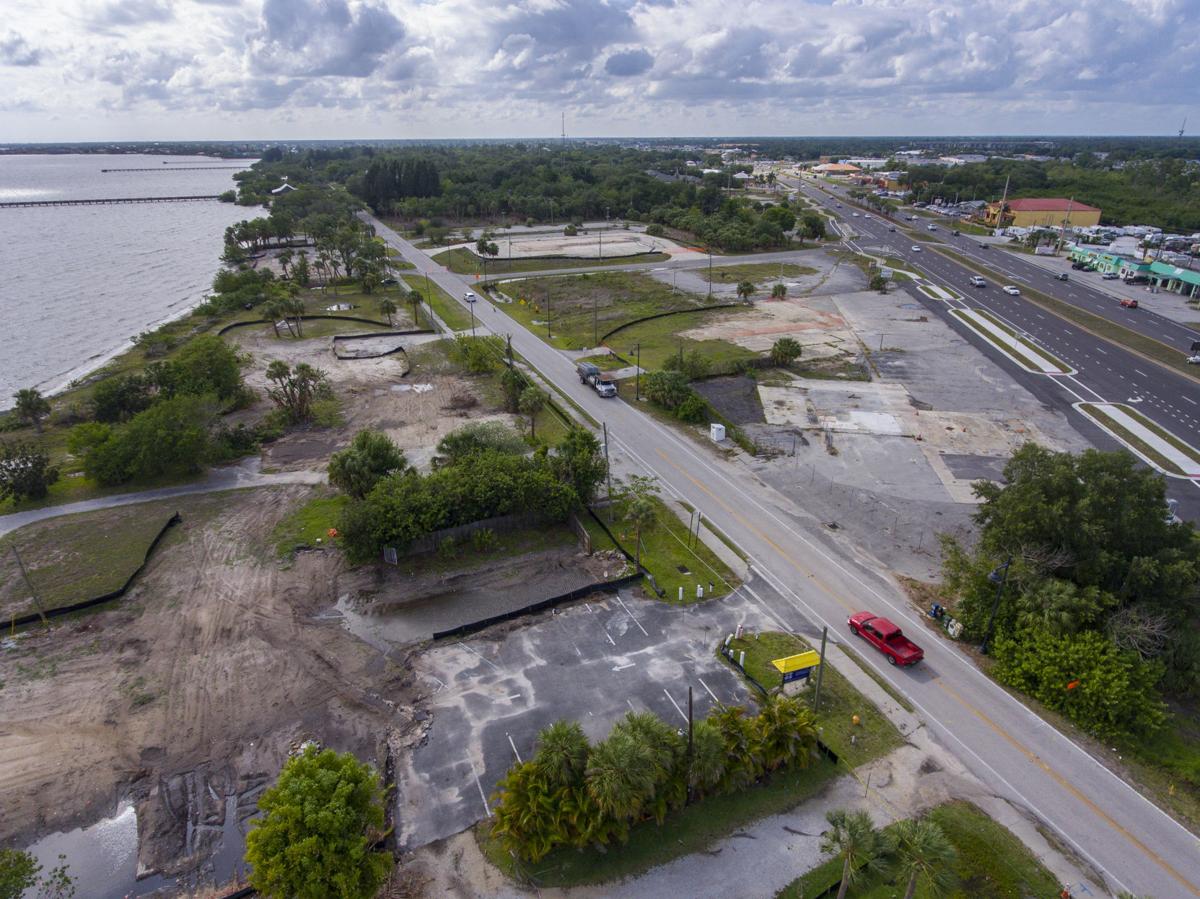 The Sunseeker project footprint along Charlotte Harbor in 2018. 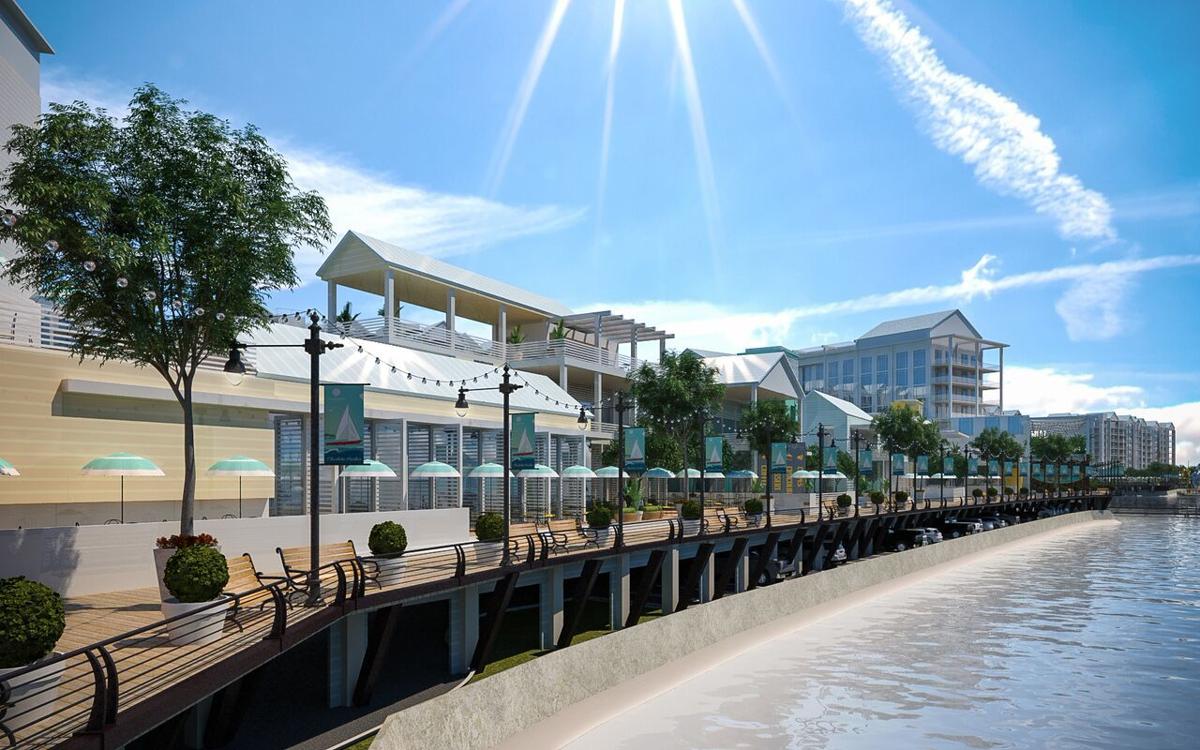 A rendering of the planned Sunseeker resort along Charlotte Harbor.

The Sunseeker project footprint along Charlotte Harbor in 2018.

A rendering of the planned Sunseeker resort along Charlotte Harbor.

The Sunseeker resort project has received the federal permit that is key to the construction of high-rise condominium towers.

The U.S. Army Corps of Engineers confirmed that it issued a permit on Nov. 29 for the construction of a 934-foot concrete seawall. The permit is not addressed to any commercial operation, but to Ben Mammina, who is executive vice president of Sunseeker construction and development. Representatives for Sunseeker, which is a project of Allegiant Air, did not immediately return calls for comment.

The seawall would be located on Charlotte Harbor in Port Charlotte, starting at the U.S. 41 southbound bridge over the Peace River, and heading along the western shoreline. Allegiant has bought land between U.S. 41 and the shoreline in this part of town.

The latest plans are for construction of about 500 hotel rooms in a main resort building and another 160 to 180 one-, two- and three-bedroom condominium units in two towers as part of a $420 million first phase of construction, an Allegiant spokesperson said on Nov. 27.

A formal groundbreaking for vertical construction is anticipated for February, followed by an 18-to-24-month buildout for phase one.

That mix of hotel and condo units had changed somewhat from earlier plans. In August 2017, Allegiant announced plans to build 720 condominiums and a smaller 75-room hotel as part of the master planned resort.

There are a number of conditions to build the high-rise resort. To build above the county’s 30-foot height limit, Sunseeker must provide public access to the water front, according to special zoning for the harbor area. To meet this requirement, Sunseeker proposed a harborwalk along the length of the resort, with public access to both the harbor and Sunseeker restaurants. That harborwalk requires a seawall. Some seawall already exists on the site, however, Sunseeker’s will be constructed by current standards, according to design documents filed with the Army Corps.

A draft of a public easement was released earlier in the summer, but was withdrawn. Allegiant spokesperson Hilarie Gray said at the time that the company needed a permit from the Army Corps.

“(W)e are working on the easement language in anticipation of one being submitted in the next several weeks,” she wrote in an email.

Construction of the seawall will require removing 1,100 square feet of mangroves along the waterfront. County review staff have explained that removing the mangroves is justified, in part because Sunseeker is adding extensive storm water management systems to the site. This is expected to provide more water quality protection than the handful of mangrove trees left along the shoreline.

In exchange for taking down the mangroves, the federal permit notes that the project must purchase .03 credits of forested saltwater mitigation bank credits from Little Pine Island. This means property owners in that location have sold the development rights for their wetlands.

Sunseeker’s environmental consultants have written that the seawall will allow the developer to maximize the financial potential of the site, which in turn helps pay for the expensive seawall. The seawall also provides flood protection.

In a Way we do need something to Rival Fisherman's Village, and I dont think I would mind if a Casino Opened up There, it is kinda tucked up in that corner, plus the revenue it would bring in, also I have been to several casinos and every one was very well kept and a joy to go to, even if not gambling like I often do- I could spend a day at fox woods just walking around .

So when will they ask to the voters to approve the casino they have always had in their plans.