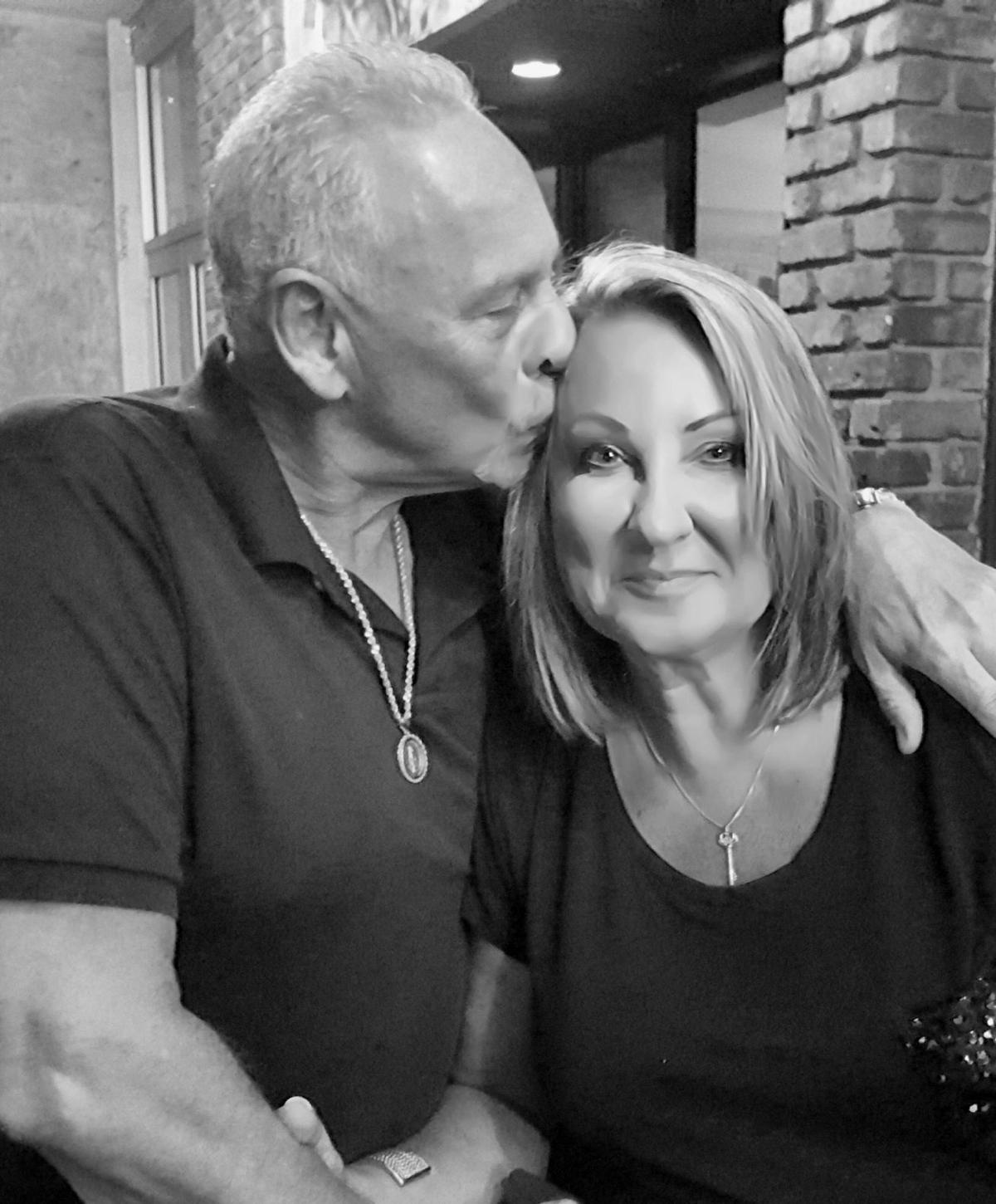 Michelle Kalanja-Dechert and Robert Dechert were married in a virtual ceremony Monday.

Tanya and Zackary Carpenter were the second couple to have a Zoom wedding in Charlotte County, officiated by Clerk of Court Roger Eaton.

Michelle Kalanja-Dechert and Robert Dechert were married in a virtual ceremony Monday.

Tanya and Zackary Carpenter were the second couple to have a Zoom wedding in Charlotte County, officiated by Clerk of Court Roger Eaton.

The coronavirus pandemic has many couples canceling or postponing their weddings, but while the crowds and parties might be put off, love will not be cancelled.

The Charlotte County Clerk of Court is continuing to perform marriages, now offering wedding ceremonies via Zoom, an online video conferencing tool, for couples who don’t want to wait.

Clerk of Court Roger Eaton said he believes Charlotte is the first in the state to offer the virtual ceremonies. In Sarasota County, couples can apply for their marriage license online, but in-person ceremonies have been suspended. DeSoto County does not perform marriage ceremonies at the Clerk’s Office.

Michelle Kalanja-Dechert and Robert Dechert were the first couple to take advantage of the virtual ceremony this week.

“It was great because my husband has cancer and he’s really unable to get out and about,” Kalanja-Dechert said. “It was a great convenience for him that I never expected.”

It’s a second marriage for both parties, and Kalanja-Dechert said she never expected to find love in her 60s.

“I wasn’t even hoping for it,” she said. “I was very content just hanging with my girlfriends, going to cocktails sometimes. I had my own company, an advertising agency creating television commercials. I was just living a good life and not really looking for anybody.”

At the time, she was living in St. Petersburg while Dechert was in New Jersey. He responded to a comment she made in a Facebook group and told her she was beautiful.

But as they began talking more and more, she realized that wasn’t the case. Then, he flew down for her birthday and took her to see singer Tony Bennett.

“It started out as friends, just two people talking in different states, and it just kind of blossomed from there,” she said.

Dechert moved down in April 2018, and they moved to Deep Creek a few months ago. Dechert was diagnosed with terminal cancer soon after.

“We knew we wanted to get married, but the cancer was prohibiting that from happening,” Kalanja-Dechert said. “We were spending a lot of time at the Moffitt Cancer Center. I applied for the license online because I knew what the end result of his cancer would be.”

When the clerk of court reached out to ask whether the couple would want to do the wedding over Zoom, it was a perfect solution. They plan to have a small party sometime after the pandemic is over, but for now, they are man and wife.

Their wedding was followed by Tanya and Zackary Carpenter’s wedding, who were married on their couch with their children piled around them.

“We planned on doing it just at the courthouse, but then the whole coronavirus thing came about, and we just really didn’t want to wait,” Tanya Carpenter said. “We called and they said they could do it through Zoom so we thought, ‘Why not?’”

The couple have five children between the two of them, ranging in age from 5 to 14, all of whom wanted to be present.

“It would have been a lot bringing five to the courthouse,” Tanya Carpenter said.

The Carpenters will have a larger wedding next year, but they didn’t want to wait to begin their marriage.

Eaton said the Zoom wedding ceremonies are just one more way his office has made its services more accessible online in the past three years, which he plans to continue to do for the convenience, necessity and tax savings of Charlotte County citizens.

“While we’re all doing our part with social distancing, it was an absolute pleasure to help these wonderful people get married online through the successful use of technology,” he said.

To apply online or schedule your wedding ceremony, visit marriage.charlotteclerk.com.