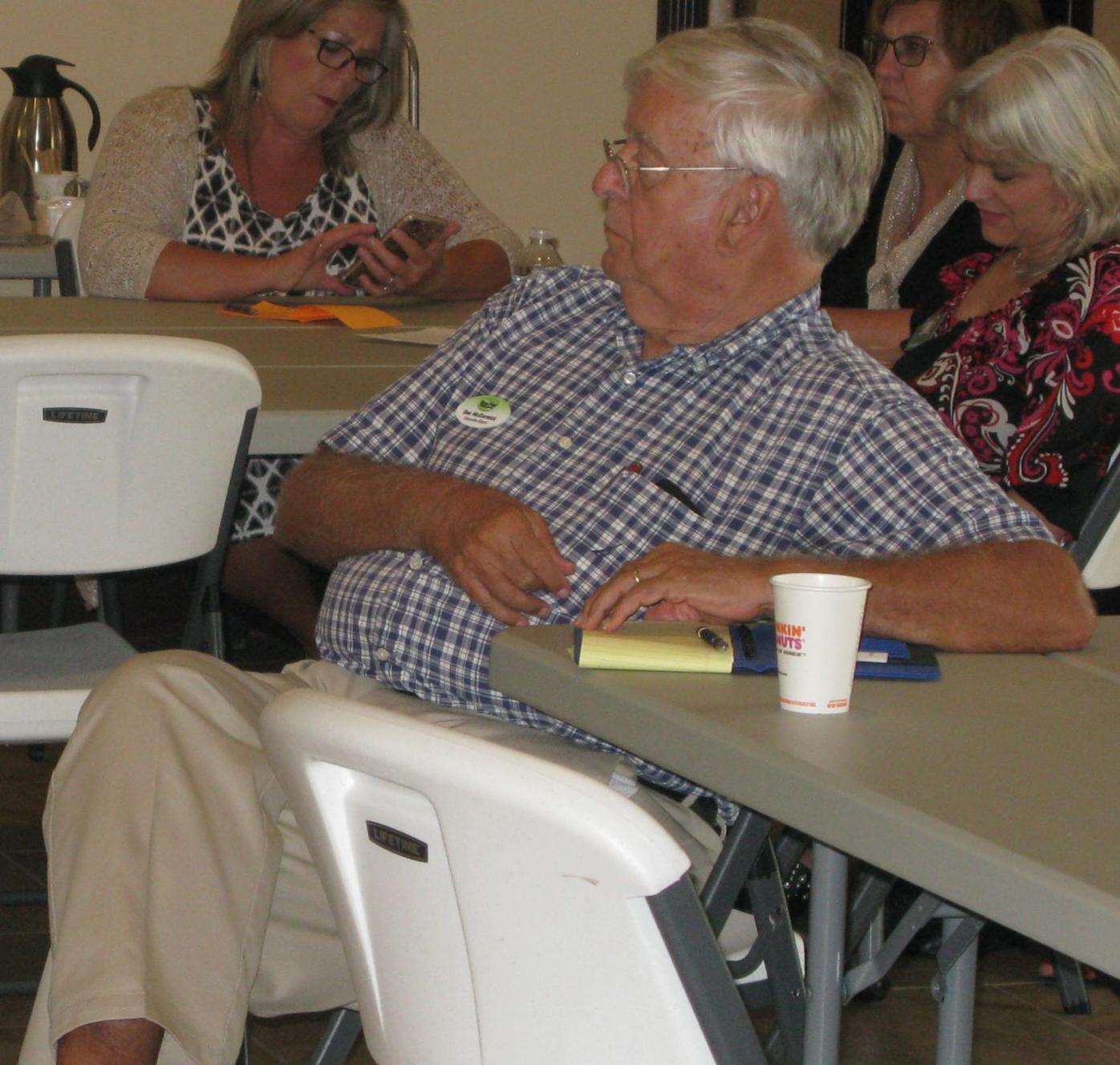 Don McCormick of Drug Free Punta Gorda listens as moderators go over the details of #GivingTuesday. 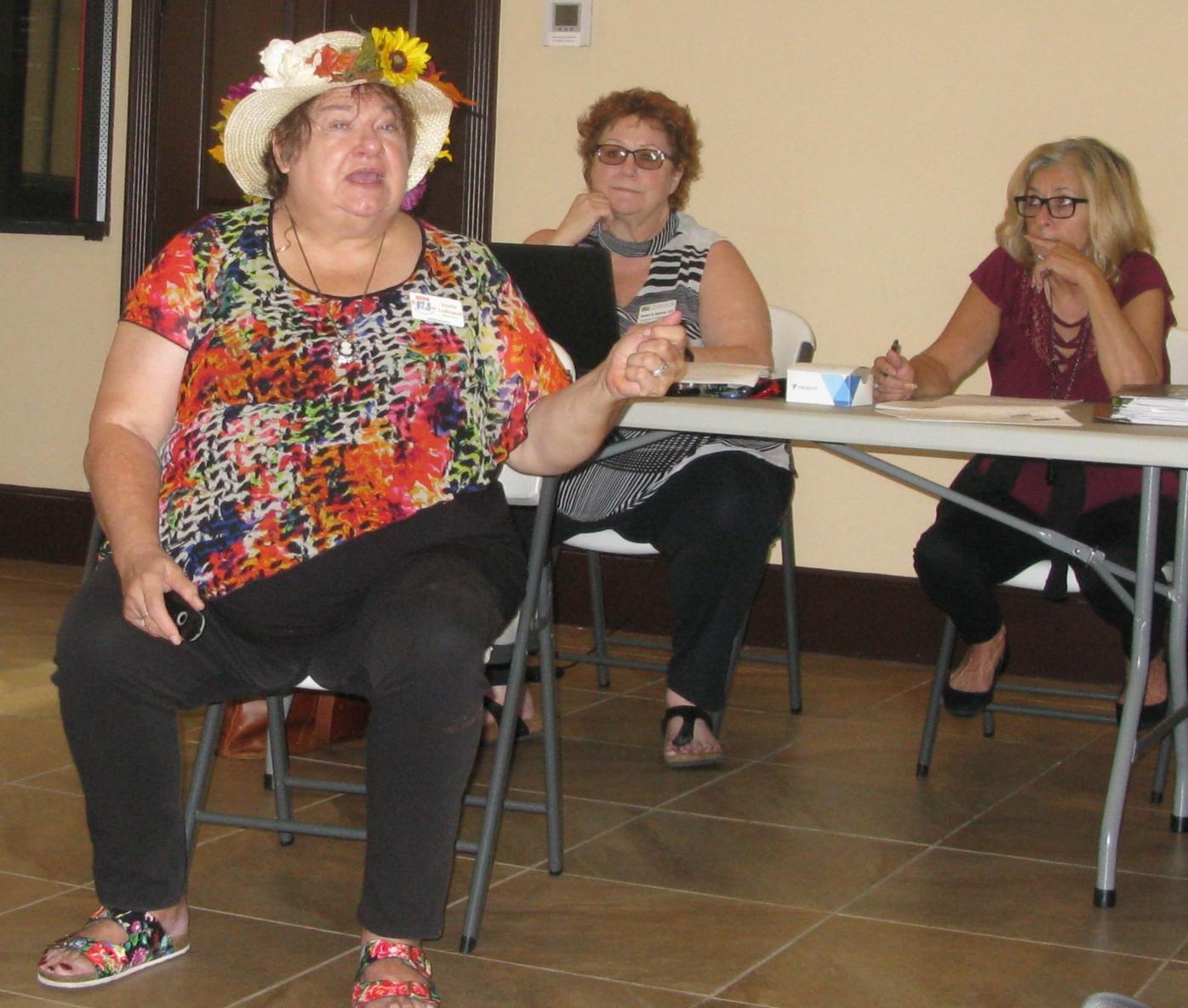 Moderator Marie LaBrosse introduces #GivingTuesday to representatives of area nonprofits. In the background are Wendy Namack, left, and Loretta Martin.

Don McCormick of Drug Free Punta Gorda listens as moderators go over the details of #GivingTuesday.

Moderator Marie LaBrosse introduces #GivingTuesday to representatives of area nonprofits. In the background are Wendy Namack, left, and Loretta Martin.

It seems there’s one particular day that’s more than your odd Tuesday in November.

It’s called Giving Tuesday. It will be held Nov. 27 – the Tuesday after Thanksgiving. In its seventh year, it is designed as a “global day of giving fueled by the power of social media and collaboration,” according to the Giving Tuesday website.

Basically, it’s an opportunity for nonprofits to reach out to potential donors through social media. It’s on a worldwide scale. In 2012, its first year, Giving Tuesday raised about $12 million. It raised $300 million in 2017.

“Anyone anywhere can get involved,” said Marie LaBrosse of WKDW Radio (97.5 FM) and SWFL Voices of Giving. “You have Black Friday, Cyber Monday, and now Giving Tuesday, where you bring everyone together to thank those that give from businesses, civic organizations, schools, faiths, and citizens.”

LaBrosse was the moderator of a recent two-hour workshop at the Charlotte Community Foundation for local nonprofits to learn strategies and tactics to raise money through social media such as Facebook, Twitter and Instagram.

The event, dubbed #GivingTuesday for internet purposes, can serve as a kickoff to the “charitable season, when many focus on their holiday and end-of-year giving,” according to the website.

“This will be a collaboration. We’re all in this together,” LaBrosse said.

The workshop drew about 15 people representing several nonprofit groups from Canine Castaways to the United Way of Charlotte County, from Friends of the Shannon Staub Library in North Port to Share the Blessings Ministries and the Charlotte Symphony Orchestra.

“For nonprofits, it’s a fantastic way to fundraise,” LaBrosse told the group. “It doesn’t matter what kind of a gift you get – time, money, gifts, pro bono.”

The workshop covered in depth the different kinds of social media and how they can be used in fundraising. It also covered fundraising campaign strategies. For instance, it showed how a nonprofit can step up in campaigning from slow steps in August to bold moves framed around #GivingTuesday in November.

How to market on the different platforms was discussed as well as ways to target and specific demographic segments as well as geographic factors. Ways to stand out online, methods of making posts eye-catching, were covered.

“Shout it out why people should donate to you,“ LaBrosse said.

“This is about online development and online giving,” Wendy Namack, a financial planner and aide to LaBrosse, told the gathering. “What you would like to take away from this is, it’s becoming more and more important for nonprofits to connect with their markets that way.

“You need a development plan, a communications plans and a marketing plan.”

The importance of year-end activity was also emphasized, from fundraising to membership drives. What is important, moderators told the group, is that nonprofits become more comfortable with doing that through social media.

“You can’t just put your toe in,” Don McCormick, volunteer for Drug Free Punta Gorda, said. “If you’re going to go in to this stuff, you have to be fresh, you have to keep up to date.”