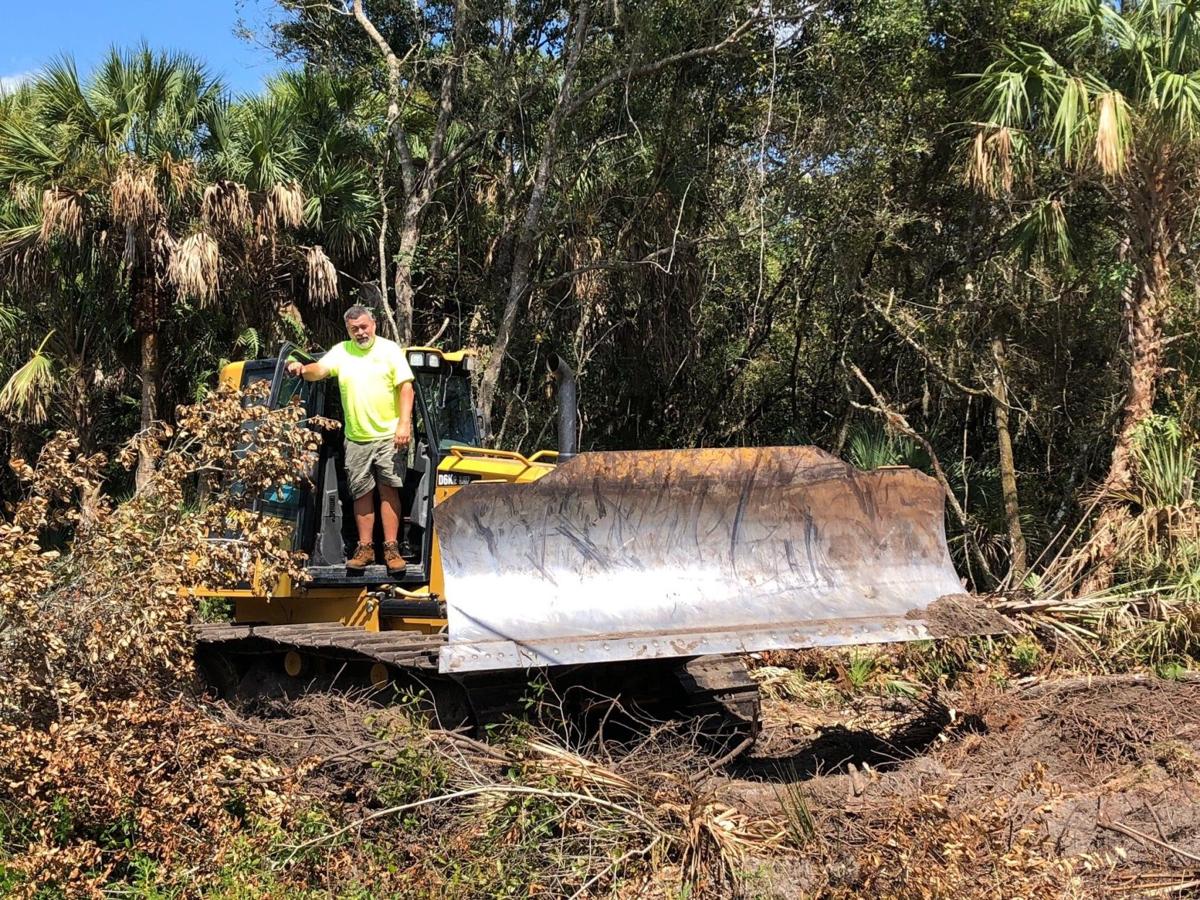 Bulldozers were recently rolling through a large section of Murdock Village, where Greg Jones of Stark Sullen Grading was working on the 450-acre site on O’Donnell Boulevard. The site is now called West Port. 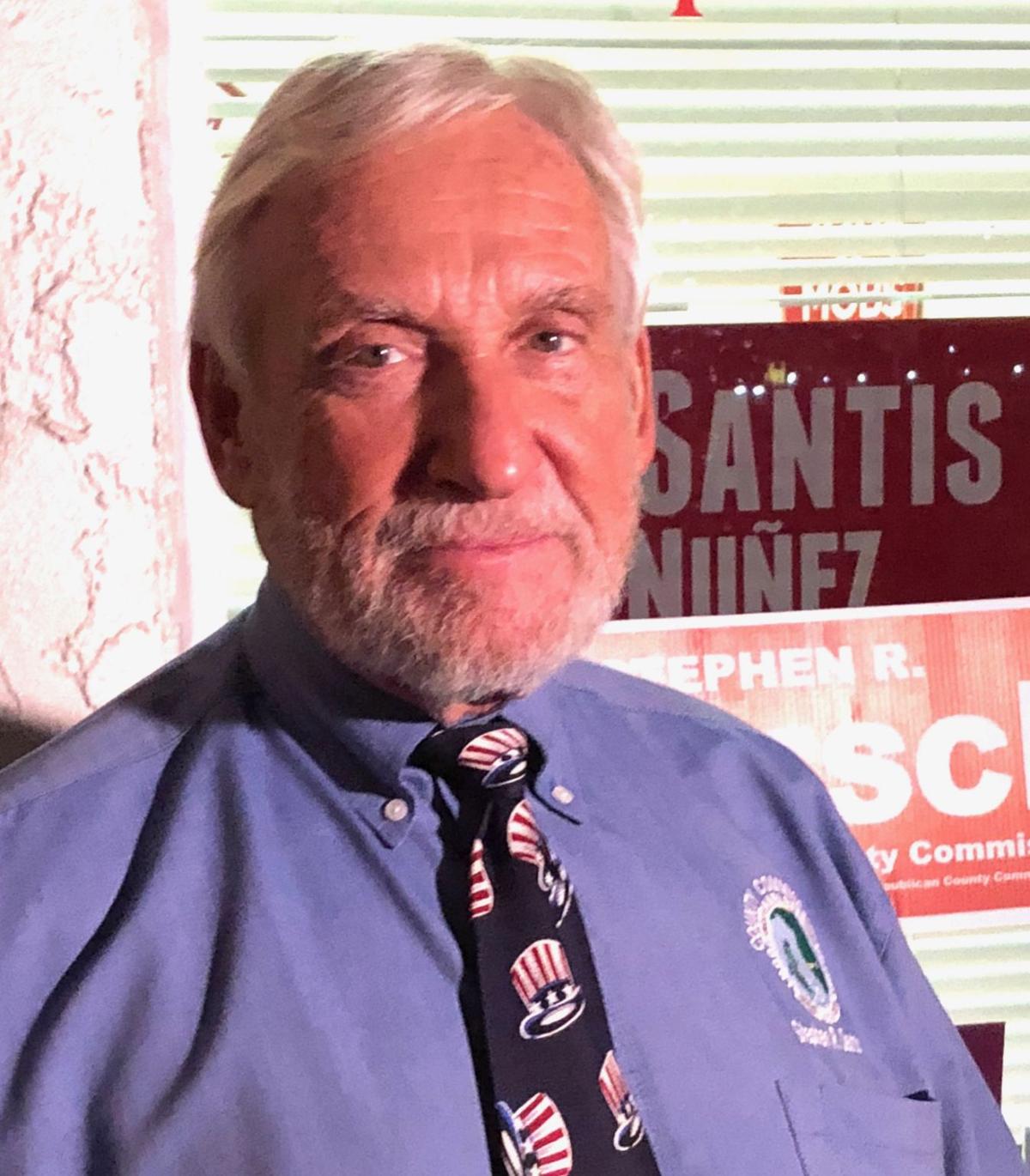 The winner of a third term on the county commission, Republican Stephen R. Deutsch, said he wants to move forward with a veterans memorial park, and a long-term clean water campaign.

Bulldozers were recently rolling through a large section of Murdock Village, where Greg Jones of Stark Sullen Grading was working on the 450-acre site on O’Donnell Boulevard. The site is now called West Port.

The winner of a third term on the county commission, Republican Stephen R. Deutsch, said he wants to move forward with a veterans memorial park, and a long-term clean water campaign.

PORT CHARLOTTE — The first bulldozer arrived in Murdock Village last week to no fanfare. County leaders have been waiting decades for developers to start taking down some of the 1,000 acres of thick vegetation to build a new town center. It happened quietly with just one bulldozer.

The sale of 410 acres of Murdock Village came as a surprise to some Charlotte County commissioners, but not to others. Private Equity Group closed on Aug. 12 on the $11.6 million sale for 453 acres from the county. On Sept. 9, a public relations firm for Kolter Land Partners announced it had bought all but 42 of the 453 acres from PEG for an undisclosed amount.

Most commissioners agree that the name change and rebranding from Murdock Village to West Port (short for West Port Charlotte) is a good idea. None were too concerned about the sale disrupting development plans for 2,400 housing units. Several were enthusiastic about the new owner.

The day of the announcement, Kolter said they had bulldozers already on site. A drive down O’Donnell Boulevard Tuesday revealed one lone bulldozer tearing down trees in preparation for a silt fence that is required for environmental protection. An excavator should be arriving Wednesday, said machine operator Greg Jones of Stark Sullen Grading of Fort Myers. He’s been there since last week, he said.

“I wasn’t shocked. (He heard the news about a week ago.) I know those things happen. I think Don (Schrotenboer, president of PEG) is keeping some involvement. He probably made the arrangement to facilitate the property moving ahead with some people with some expertise.”

Of the new name: “A name is a name...It’ll work. It depends on how they market it. I think Murdock Village could have been marketed.”

On the original choice of PEG: “I never voted for that, because I thought we could get a better deal.”

“I don’t think it changes a thing...I think a novation (name) change was a good idea. There were too many negative things associated with the old name.”

“This transaction is actually better because they sold it to one master developer who’s going to develop and bring in partnerships from national home builders to actually accelerate construction and get that property on the tax rolls.”

“(You) just have one more player. It’s going to bring a lot more value to that neighborhood in a lot faster period of time.”

Approval of the name change: “The last thing I want to hear it called is Murdock Village.”

“I was not aware of it (the sale.) I’m encouraged the entity that’s coming in is well known in the industry, and I’m excited about it as a good team.”

Of the name change: “I’m not a marketing guy. It’s logical.”