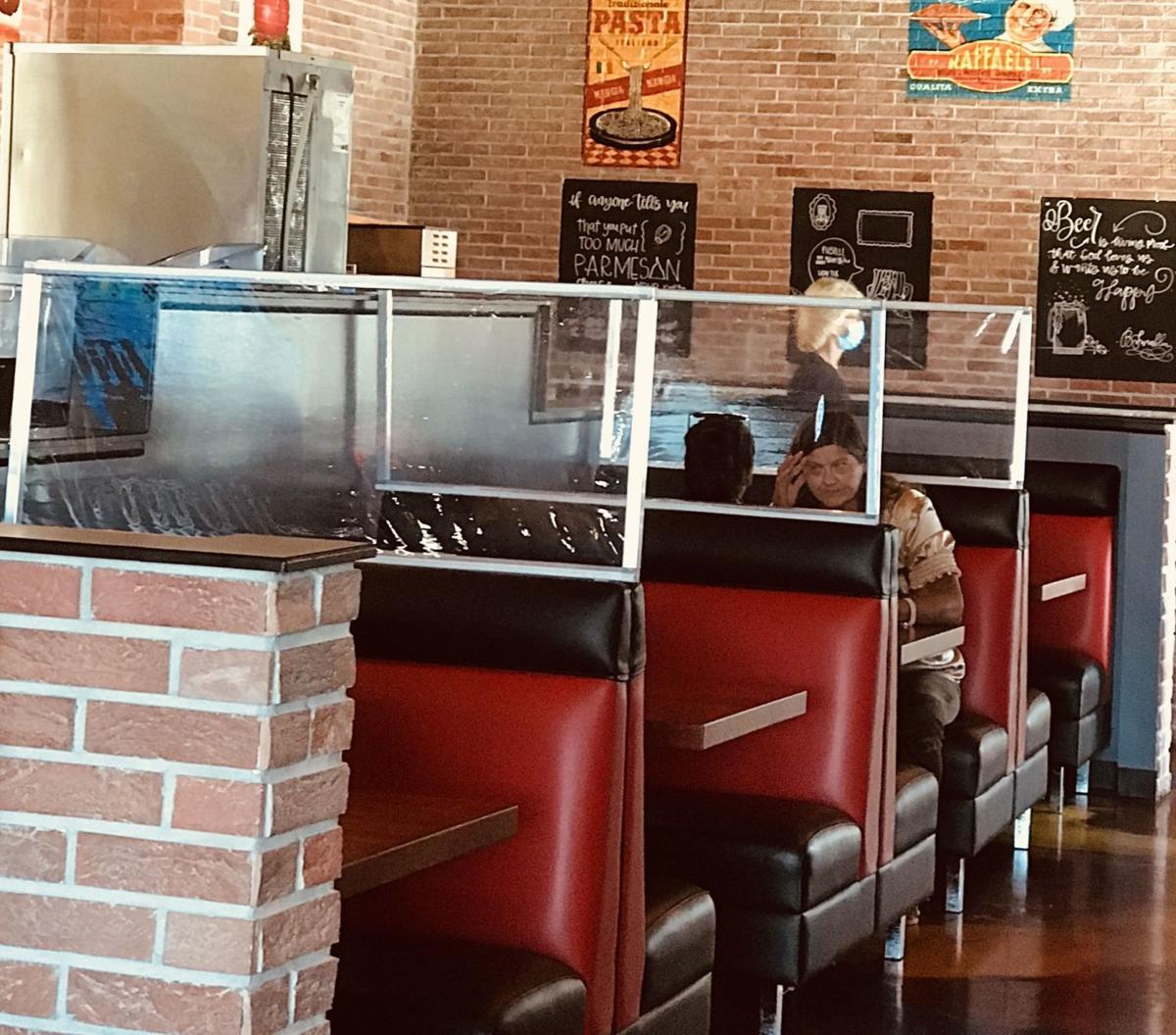 All Bocca Lupo stores now have plexiglass barriers between booths, as well as daily professional disinfection. 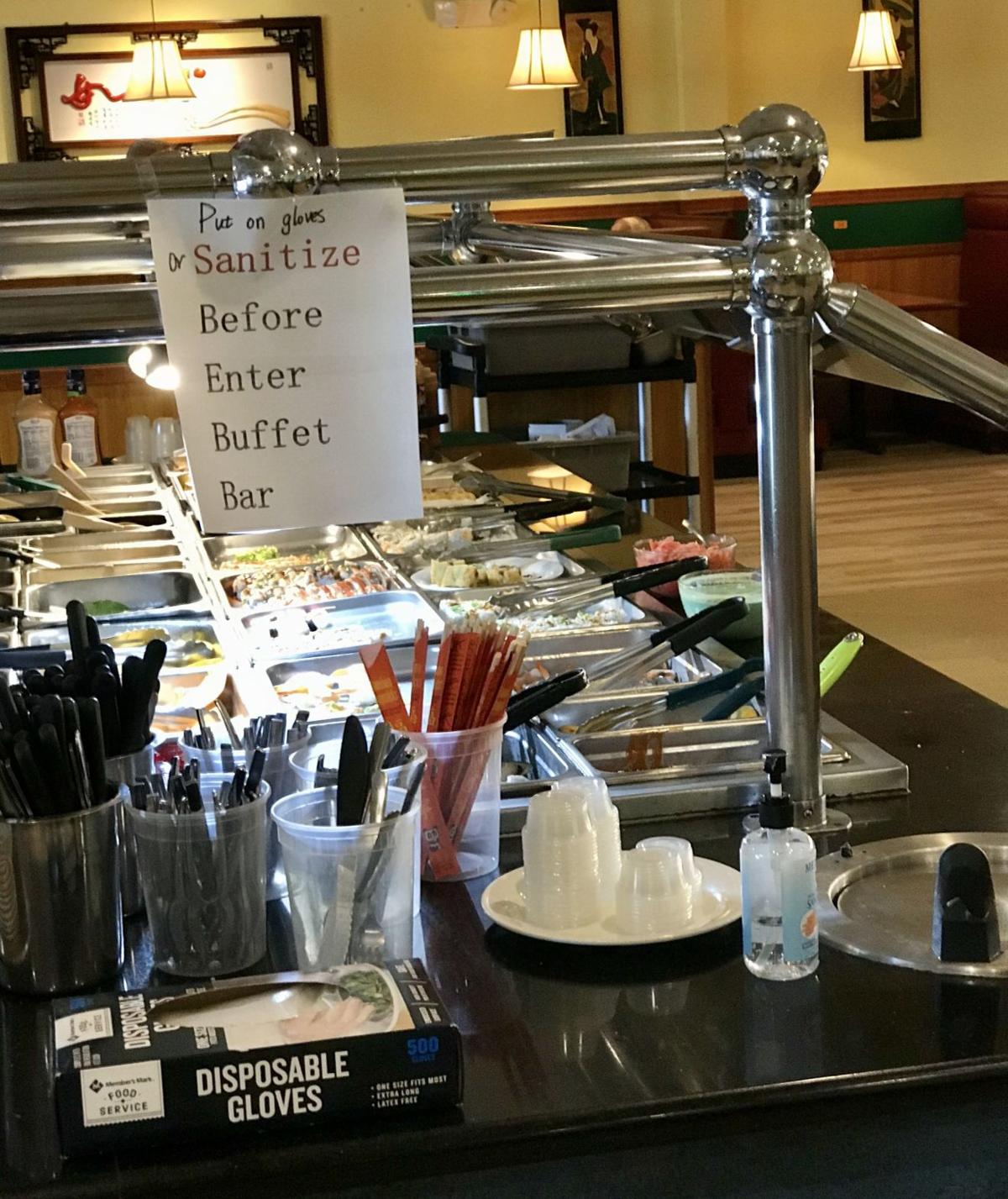 China Buffet in North Port is back in business, with gloves and sanitizer. 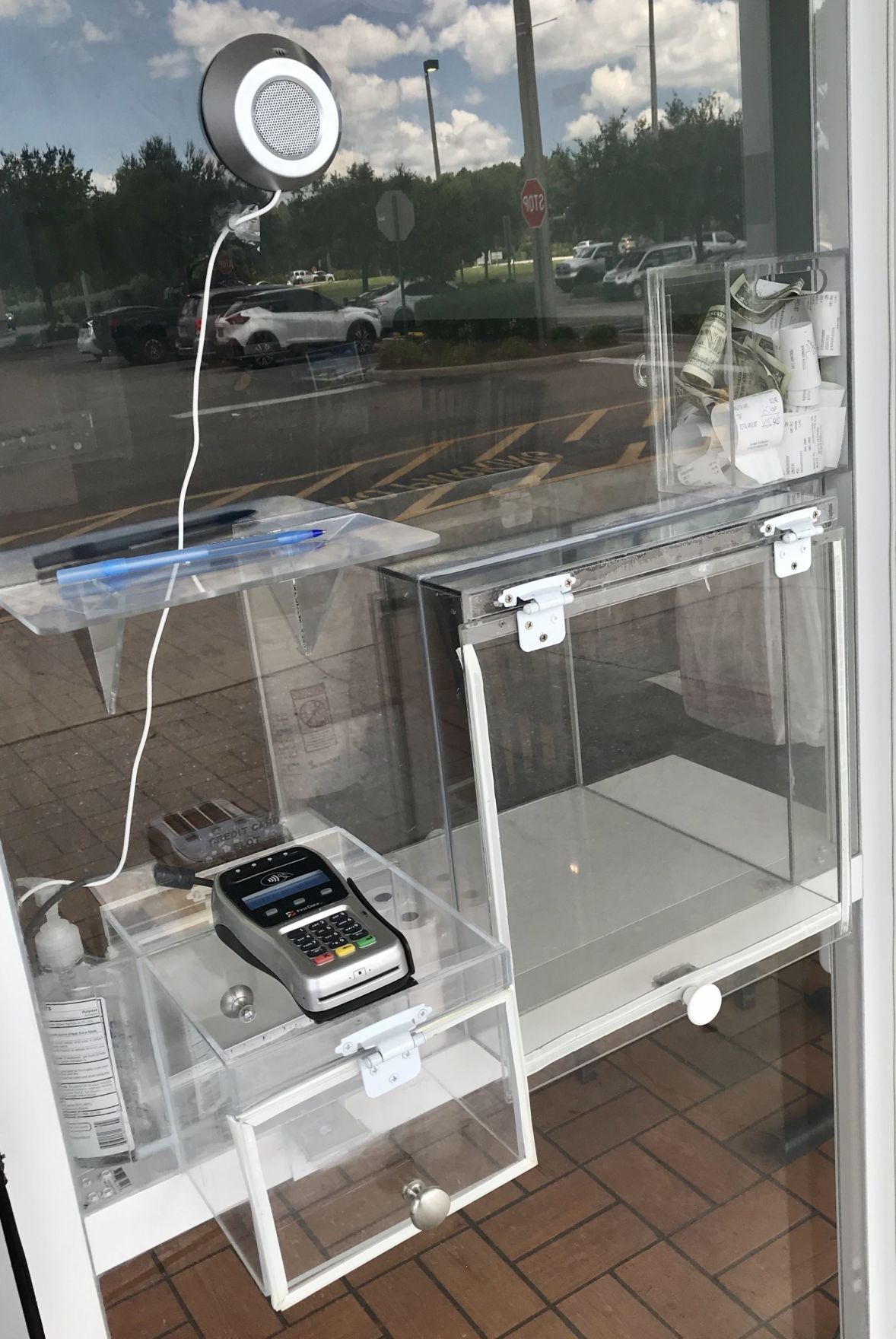 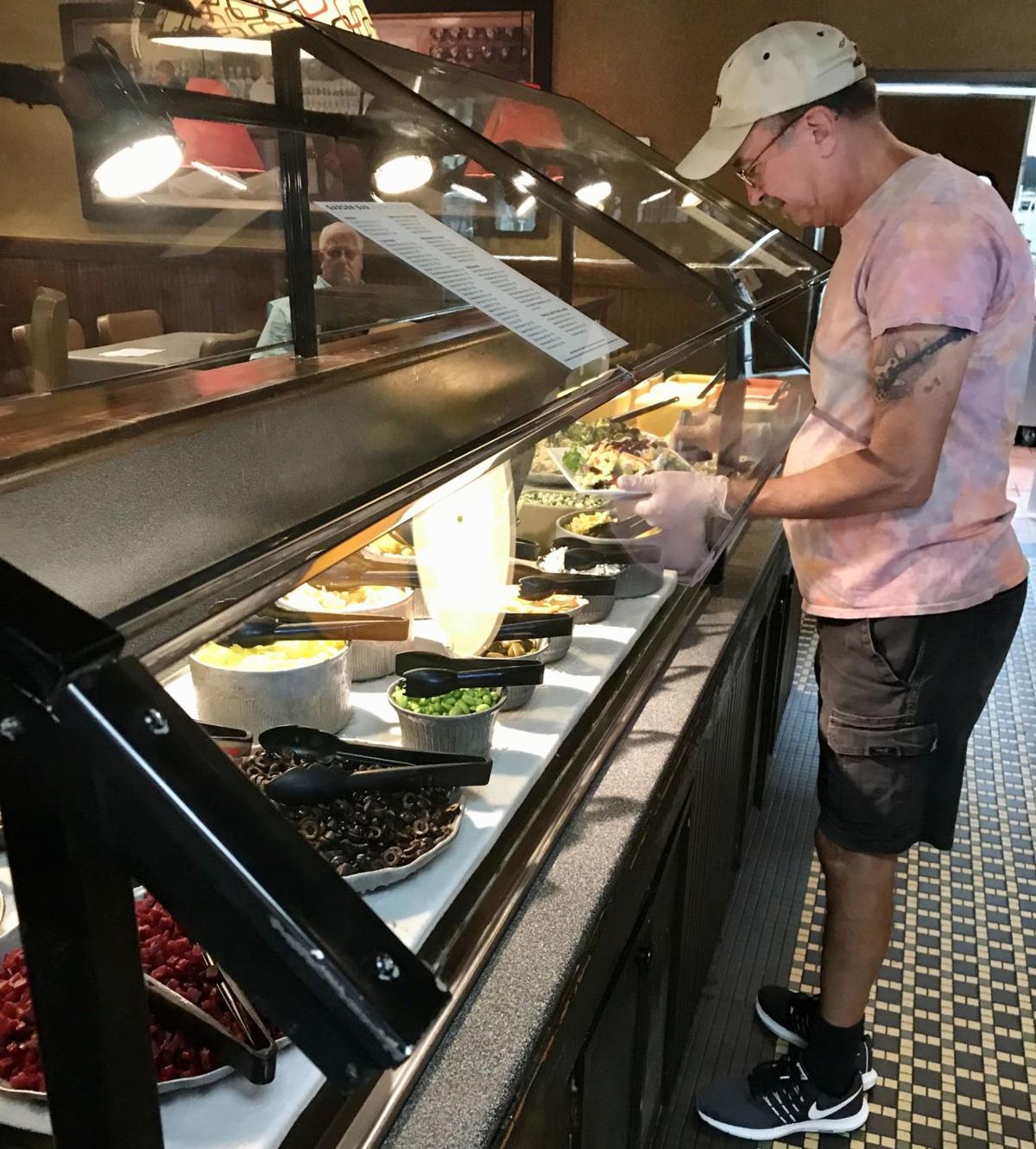 All Bocca Lupo stores now have plexiglass barriers between booths, as well as daily professional disinfection.

China Buffet in North Port is back in business, with gloves and sanitizer.

Filling seats is critical to restaurant profitability. To reassure diners seeking security — as well as to fill as many seats as guidelines permit — many local eateries have gone the extra mile and expense of installing wood or plexiglass partitions between booths.

Among them are Metro Diners in Venice and Port Charlotte, currently erecting 18-inch wooden barriers that allow seating of back-to-back booths.

Venice Metro Diner manager Terri Sherman explained, “Guests like booths better than tables, so it helps with that. Of course, 50% is still where we’re all at. But when we move to 75 or 100%, I think people will still feel more comfortable with the partition there.”

Among those putting up the plexiglass are Farlow’s on the Water and Lickity Split Café in Englewood; Café Venice and Ciao Gelato on Venice Island; all three Bocca Lupos from Port Charlotte to North Port and Wellen Park; Donato’s, LongHorn, Olive Garden, Outback Steakhouse, Perkins and Prime Serious Steak in Port Charlotte; Blue and Pink Tequila in North Port; and Elena’s in Punta Gorda.

Thanks to inventive owner Liu Xiong, who designed and built his own system, North Port’s China Chef has taken “contactless” to a whole new level.

The customer remains outside on the sidewalk, communicating with smiling staff through a glass window with a ticket-booth-style microphone. A label (now mostly worn off by frequent sanitizing) indicates “Credit Card Slot” above a card reader. Beneath the reader is a small box with a door, for exchanging cash or receipts. A shelf above it labeled “Signature Shelf” is there for you to sign the receipt. A large box with a door delivers your bagged order. No contact whatsoever with staff.

Salad bars are among the pandemic era’s most endangered species. Restaurants that have depended heavily on them — including Golden Corral in Punta Gorda; Luigi’s Family Restaurant & Pizzeria, Ruby Tuesday and Sonny’s BBQ in Port Charlotte; Landy’s Restaurant in Englewood; and countless Chinese buffets nationwide — are in a new world of hurt.

At least two local salad bars have put out the tongs once more — but with new rules.

If China Buffet in North Port hadn’t uncovered its food wells this week, said manager Ling, its takeout and delivery program from menu or “Buffet by Scoop” couldn’t have kept the buffet-based eatery afloat. Diners browsing through its sneeze guards are now required to socially distance and either wear gloves or hand-sanitize frequently, from numerous available dispensers.

On June 3, Port Charlotte Town Center mall’s Ruby Tuesday officially reopened its Garden Bar, as part of a trial run at select Ruby Tuesday stores. Every guest is given the gloves required for handling utensils, which are replaced every half hour.

Evan Smith at Ruby’s said, “It’s hard to get produce, so the Garden Bar hasn’t been 100%. Sometimes we’re missing cottage cheese or eggs. But it’s still brought in a lot of business for us.”

As if months of coronavirus closure weren’t bad enough, imagine the frustration for Joseph’s Deli co-owner Jamal Hishmeh. Ever since the Jason’s Deli chain franchise on El Jobean Road closed its doors permanently, he’s been hearing from customers who’d assumed that his 21-year-old, family-owned Joseph’s Deli was the one that had gone out of business.

“Not true!” Hishmeh tells them all. “We are open and ready to serve you!”

How businesses cope with COVID-19