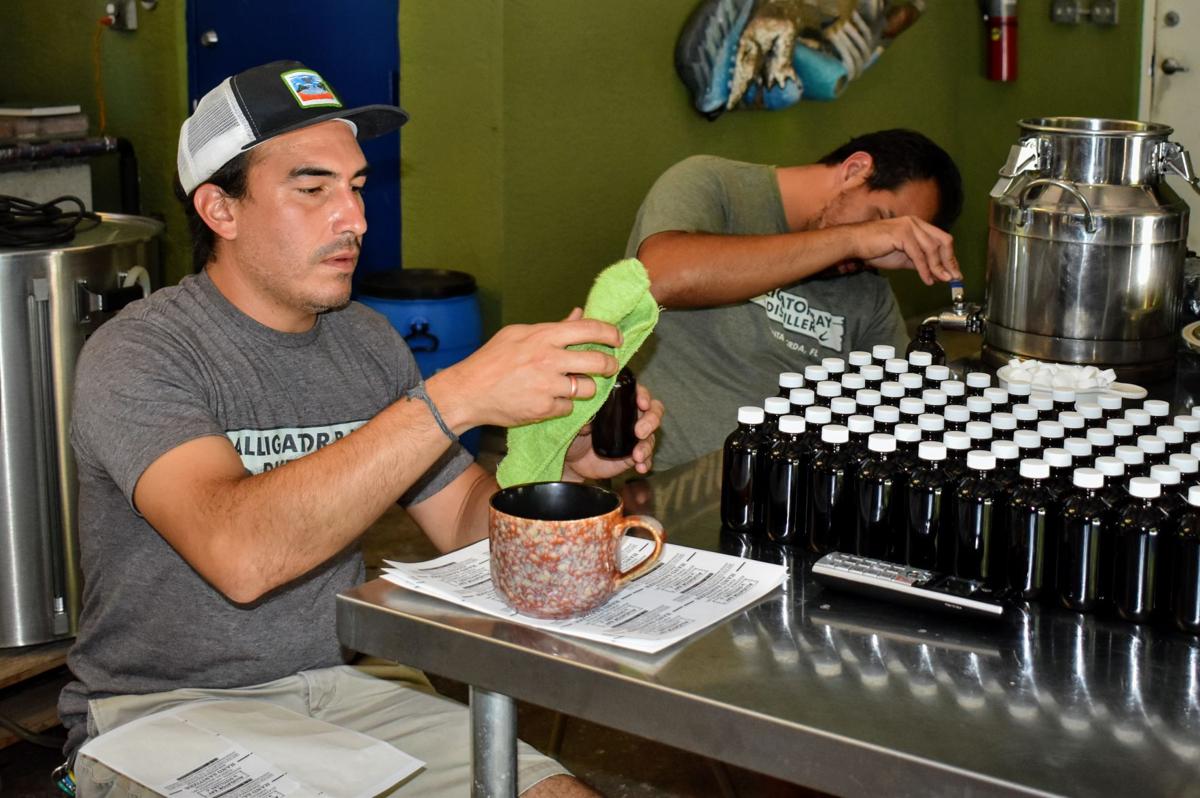 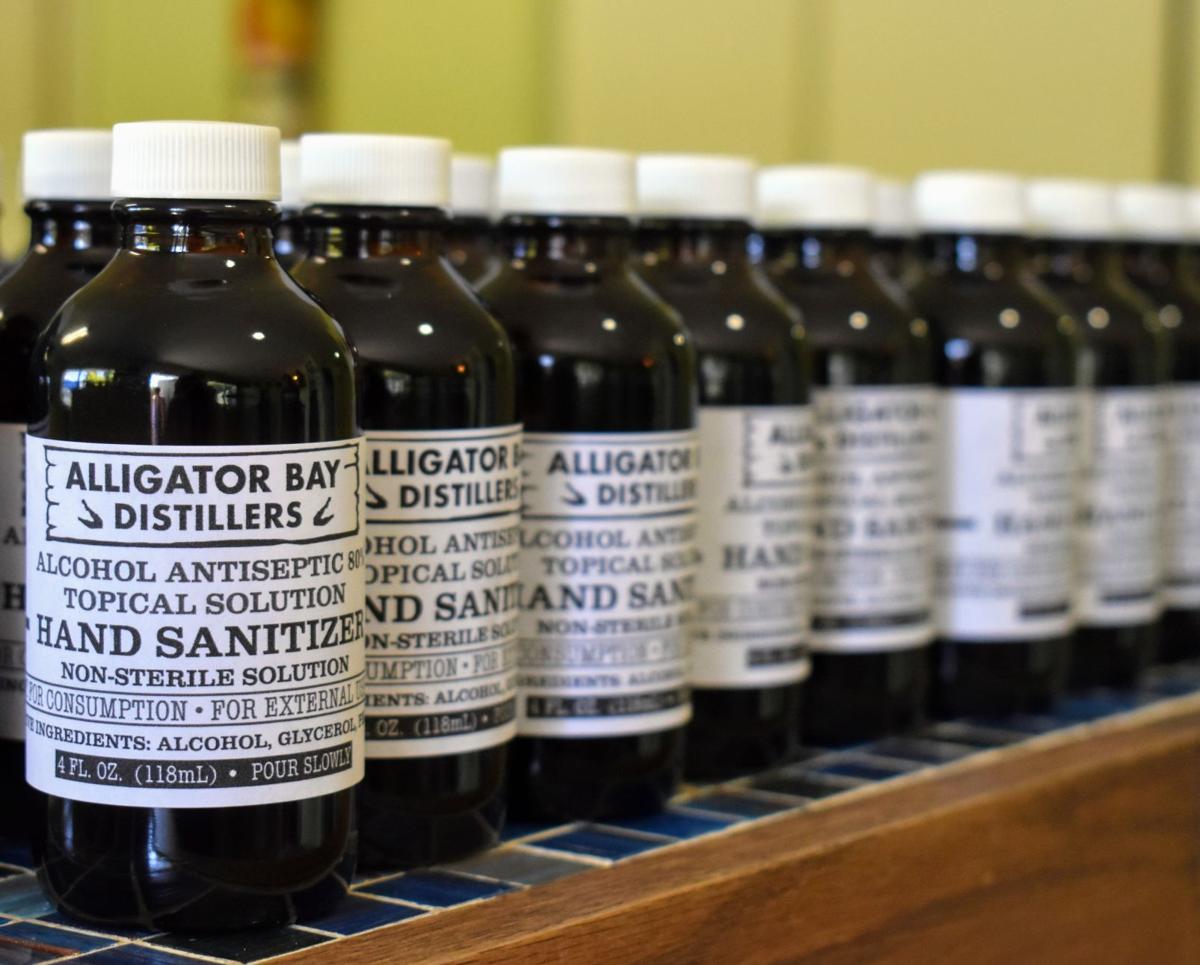 Alligator Bay Distillers hopes to make over 700 bottles a batch, giving away a fifth of it to first responders and vulnerable populations such as nursing homes. 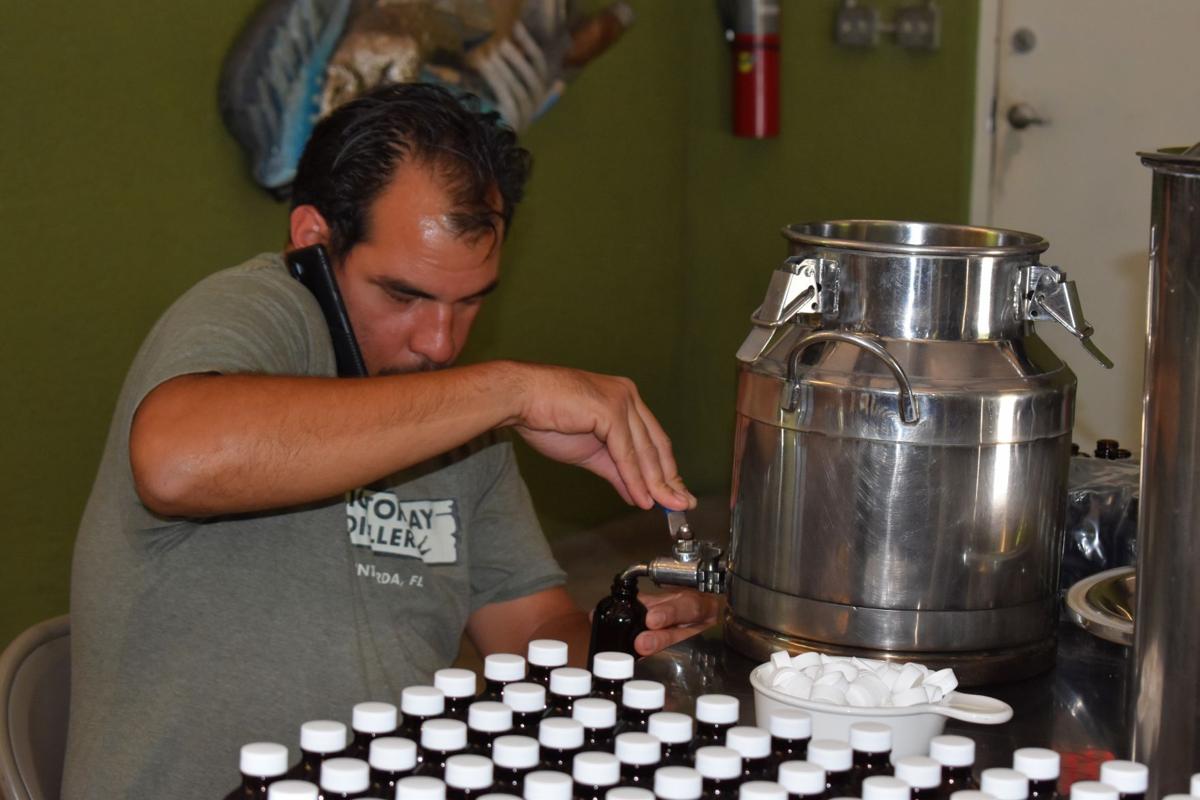 Alligator Bay Distillers hopes to make over 700 bottles a batch, giving away a fifth of it to first responders and vulnerable populations such as nursing homes.

Usually the operation supplies a variety of rums and whiskeys, but since bars were ordered to close March 17 by the state, the distillery is now using its resources to make hand sanitizer.

The owners, brothers Alex and Ben Voss, decided to shift gears earlier last week after receiving calls from customers asking if they had any and seeing shelves basically go bare. After getting all the hydrogen peroxide and glycerol recommended by the World Health Organization, the two officially started making their homemade hand sanitizer Friday.

“Most distilleries in the country have converted to making hand sanitizer,” Alex Voss said, noting some distilleries in Cape Coral and Tampa doing the same. “The opportunity presented itself for us to do something ... We’re able to produce a product that will be able to help people instead of sitting on our hands and not making rum.”

Sales began Saturday, but not before giving more than a gallon to the Punta Gorda Fire Department Friday.

The distillers hope to make over 700 bottles a week, each containing 4 ounces of 80% alcohol hand sanitizer with a rum aroma. About 20% of each batch will be donated to first responders and vulnerable populations, such as those in assisted living facilities.

By Saturday afternoon, the distillery had sold over 200 bottles, according to Alex Voss.

This is a not-for-profit project, with sales basically covering just the cost of making the sanitizer, according to volunteer Emily Chambers.

Since the distillery opened in December 2015, the Vosses have worked toward creating a specific flavor profile for their rums.

“Now we’re focusing on pulling it off at a high proof,” Alex Voss said, making the alcohol at 160 proof, or 80%, as recommended by the World Health Organization.

Each container of hand sanitizer is bottled and labelled by hand by the Vosses, while Chambers, Alex Voss’ fiance, volunteers her time to help the brothers with curbside pickups of either rum or sanitizer. Their dogs Lola and Kolohe, which means “Rascal” in Hawaiian, also try to help out.

“We’re trying to bring the panic down and bring some goodwill,” Ben Voss said.

Each bottle is for sale for $4 and is available for curbside pickup from 11 a.m. to 4 p.m. The Vosses ask that each customer limit their purchase to four bottles. They are also still selling packaged rum and whiskey for home bars.