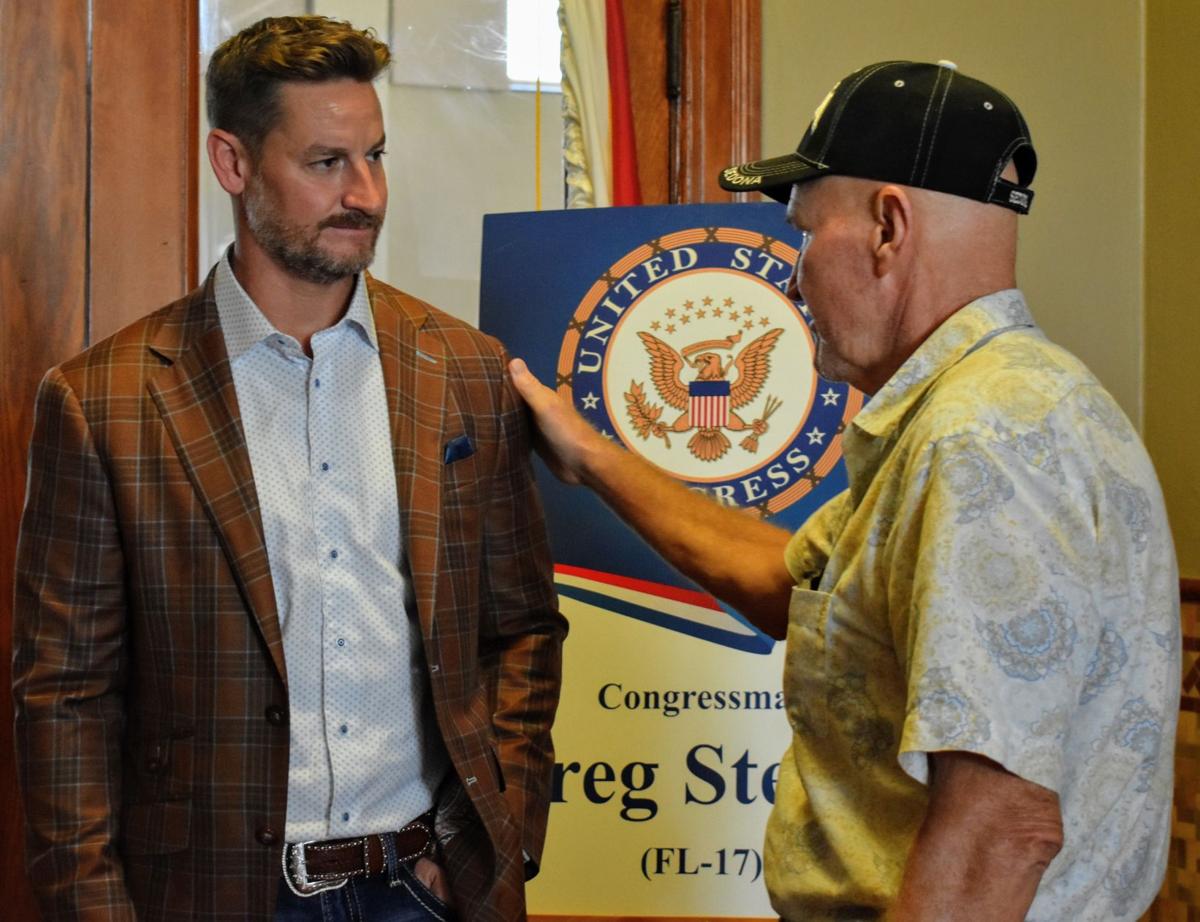 U.S. Rep. Greg Steube meets with a constituent Thur. afternoon at his office’s meet and greet. 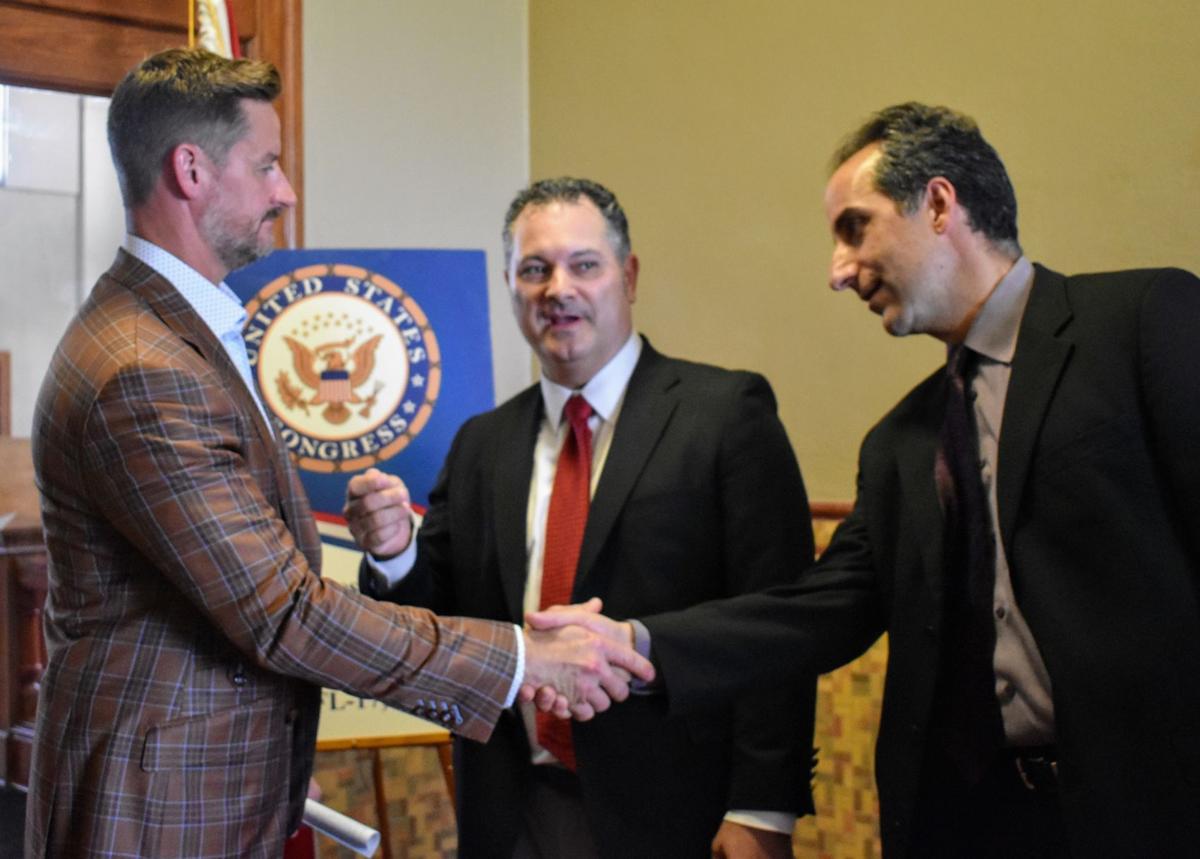 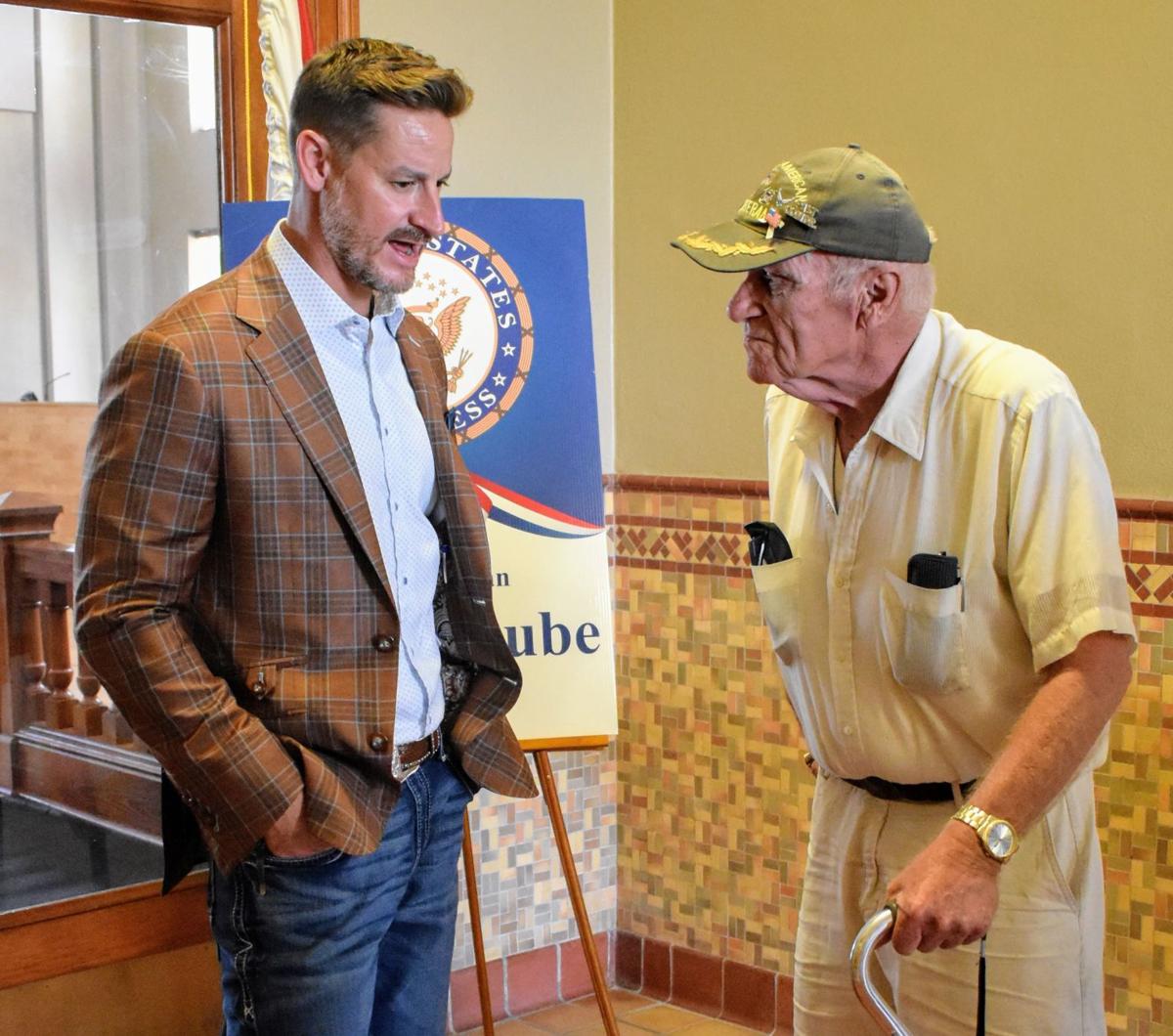 U.S. Rep. Greg Steube meets with veteran Tom Quinn, who encouraged Steube to "continue to vote for any veteran legislation." 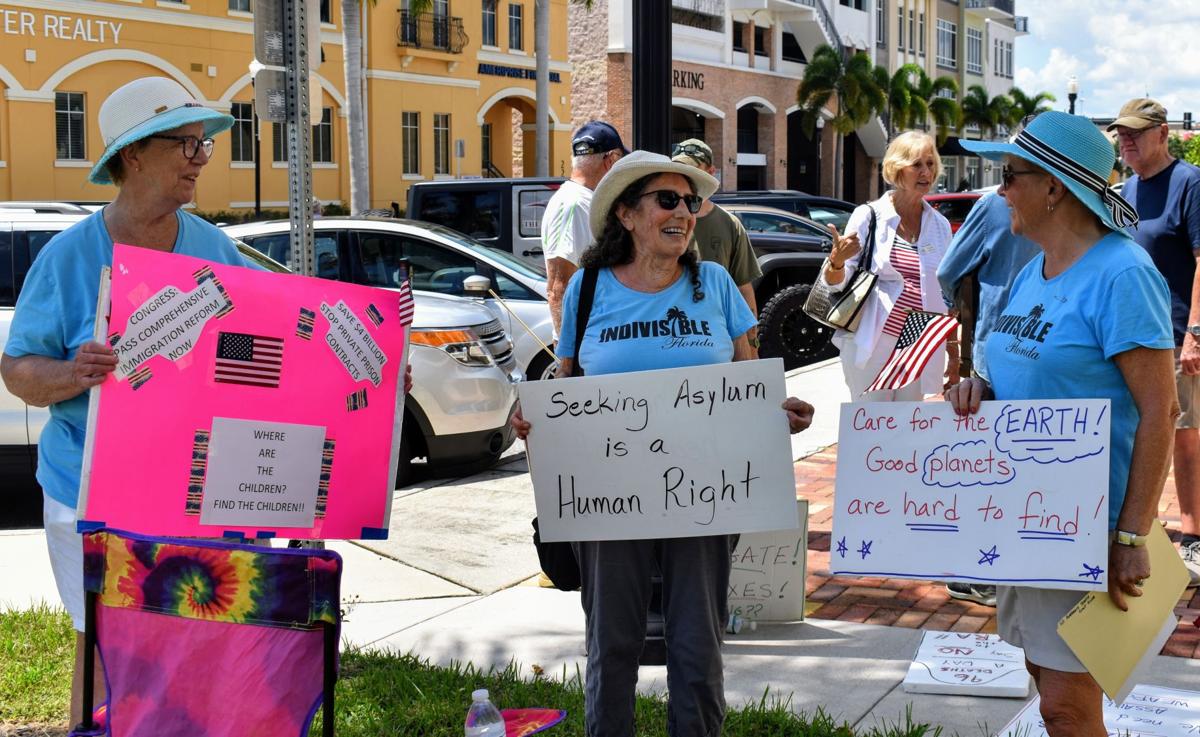 U.S. Rep. Greg Steube meets with a constituent Thur. afternoon at his office’s meet and greet.

U.S. Rep. Greg Steube meets with veteran Tom Quinn, who encouraged Steube to "continue to vote for any veteran legislation."

PUNTA GORDA - Though Washington, D.C. seems far, one representative wants you to know he's here to help you.

U.S. Rep. Greg Steube (R-District 17) hosted a meet-and-greet Thursday afternoon, where more than 100 people lined up to shake his hand and voice their comments and concerns regarding veterans, Social Security, immigration, gun control and Medicare.

"We're here to serve them," Steube told the Sun on Thursday, telling constituents that his four Florida offices, and D.C. office, are here to help them.

Though he is supposed to head back to D.C. next week, if his district is affected by Hurricane Dorian, "we probably won't go back," he said.

"We'll bring our D.C. staff back to the district to make sure all their offices are up and running to assist constituents in any federal issues, such as FEMA claims or veteran benefits," he said.

Steube has been involved in legislation "supporting the second amendment" and "arguing against proposals that infringe on people's rights."

"He's a gentleman," Port Charlotte attorney Russell Kirshy said. "He listens carefully, and is always happy to speak about the issues."

However, Steube says, being in the minority party, "pushing legislation is a challenge," with finding opportunities to compromise slim.

Leo and Teri Santucci traveled from Arcadia to meet their representative Thursday.

Leo voiced his concerns about Democrat-led gun reform and immigration.

Progressive group Indivisible Punta Gorda stood outside the courthouse entrance, informing passersby on their concerns for immigration and would like a ban on assault weapons.

"We seem to have lost our soul as a nation," member Michele Moe said.

And even if you don't agree with his conservative stances, Steube said he still wants to listen.

"I'm happy to listen to their issues and hear from people in the district," Steube said.