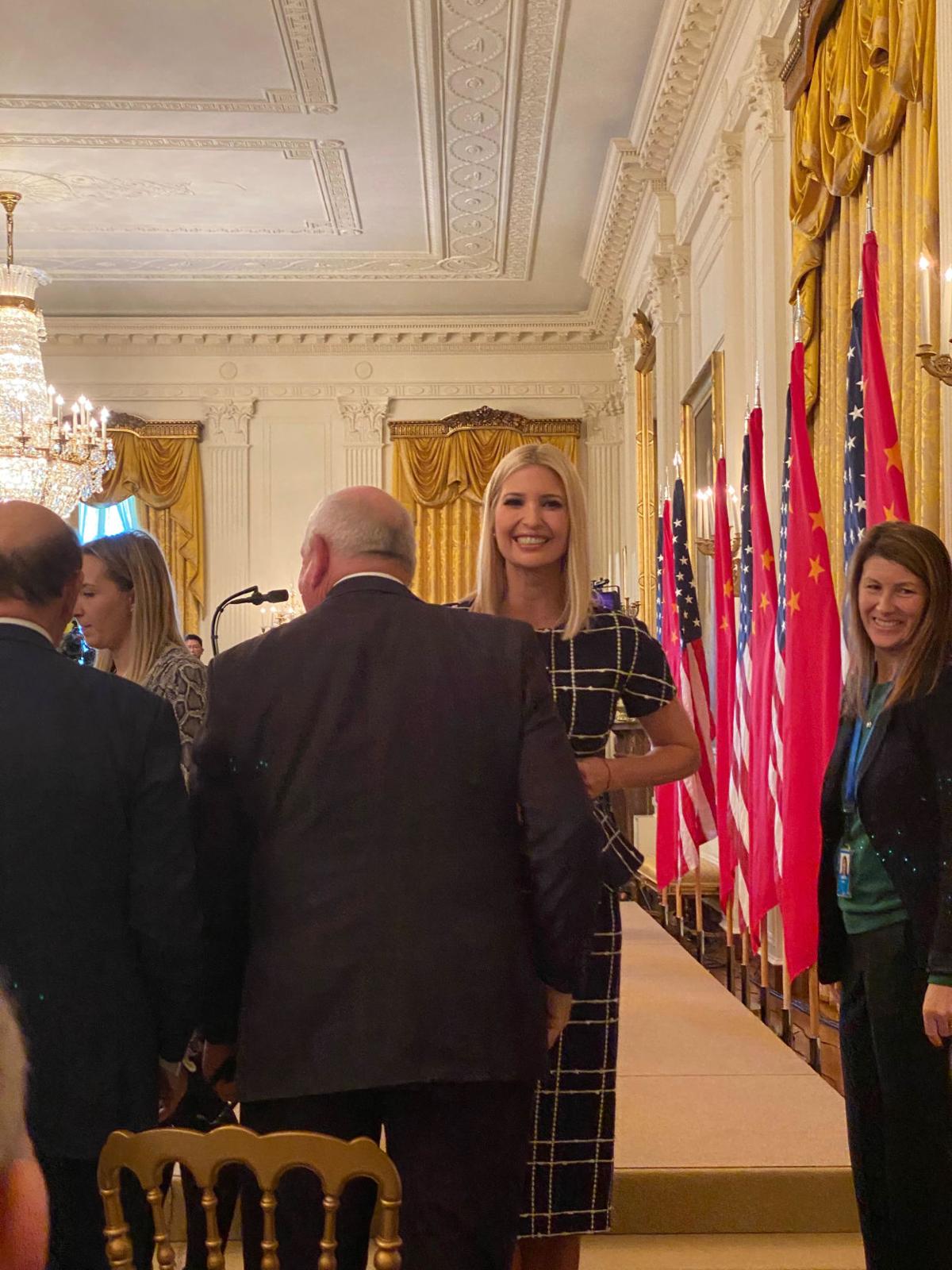 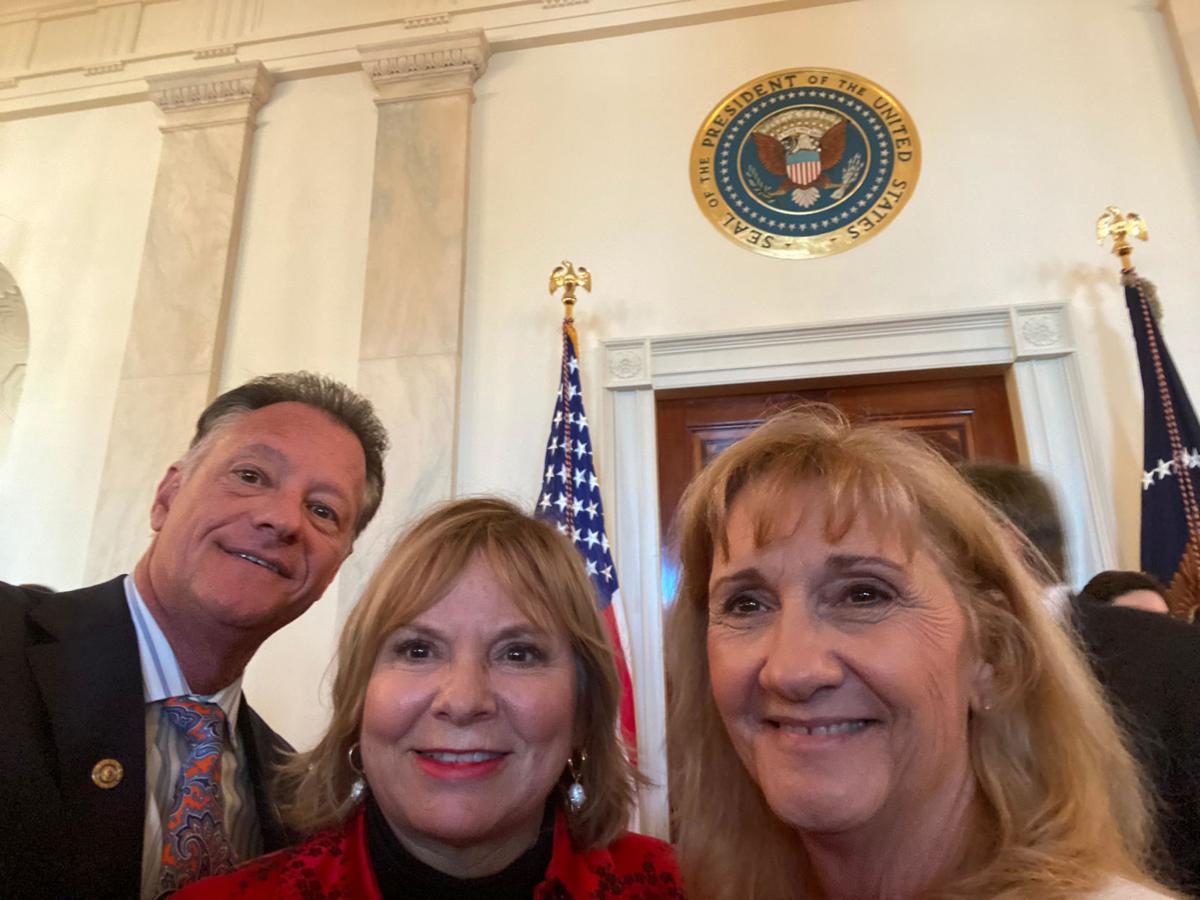 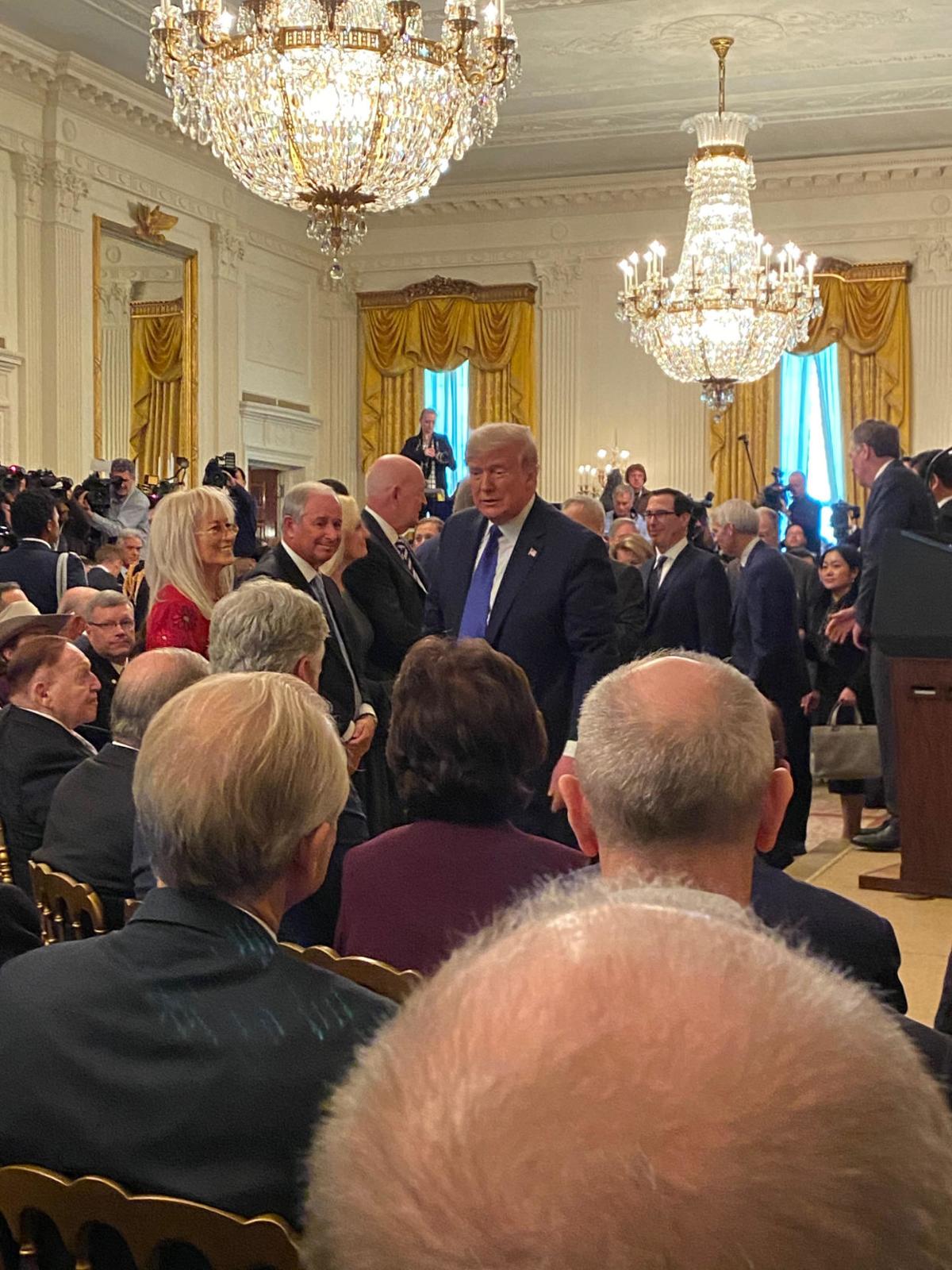 President Donald Trump can be seen in the middle of a room in the White House in this photo provided Wednesday by Charlotte County Commissioner Bill Truex to WINK News.

President Donald Trump can be seen in the middle of a room in the White House in this photo provided Wednesday by Charlotte County Commissioner Bill Truex to WINK News.

You may know he owns a construction business.

But what fewer people probably know is that Truex is chair of the National Association of Counties Immigration Reform Task Force.

And with that role, Truex has been involved lately with the White House in Washington, D.C.

That’s where he was on Wednesday during the phase one signing of a trade agreement with China.

And just last week, he participated in a conference call with the White House on the issue of immigration

The China trade agreement comes after 18 months of economic combat. It’s aimed at easing some U.S. economic sanctions on China, and upping Beijing’s purchases of American farm products and other goods, the Associated Press reported.

The fight has slowed global growth, hurt some American manufacturers and weighed on the Chinese economy.

As the owner of a construction business, Truex has seen lumber and steel costs increase due to tariffs, he told WINK News.

He spoke with WINK Wednesday about the China trade deal.

“It’s a positive move,” Truex said. “It’s important for getting us on track to where we can stabilize. I think it is important for the economy and for workers and businesses here.”

As far as his earlier participation in a White House call focused on immigration last week, Truex said, “modifications need to be made to immigration to be able to work for our country to benefit industry and our citizenry.”

He said industries that have shortages of labor should be taken into consideration.