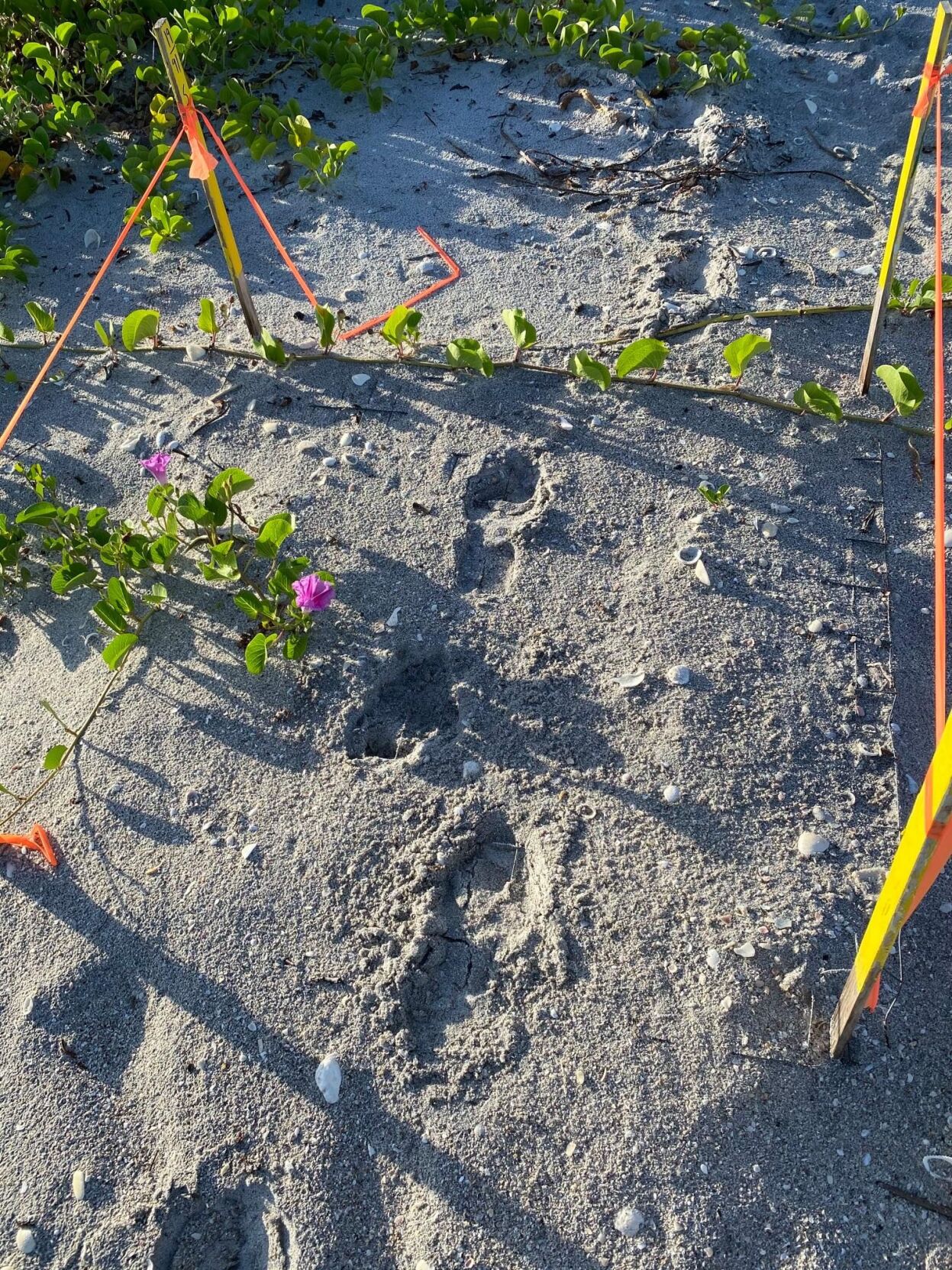 This photo shows shoe prints from someone who appeared to purposely stomp on a turtle nest at Stump Pass Beach State Park. The incident is currently under investigation by state officials. 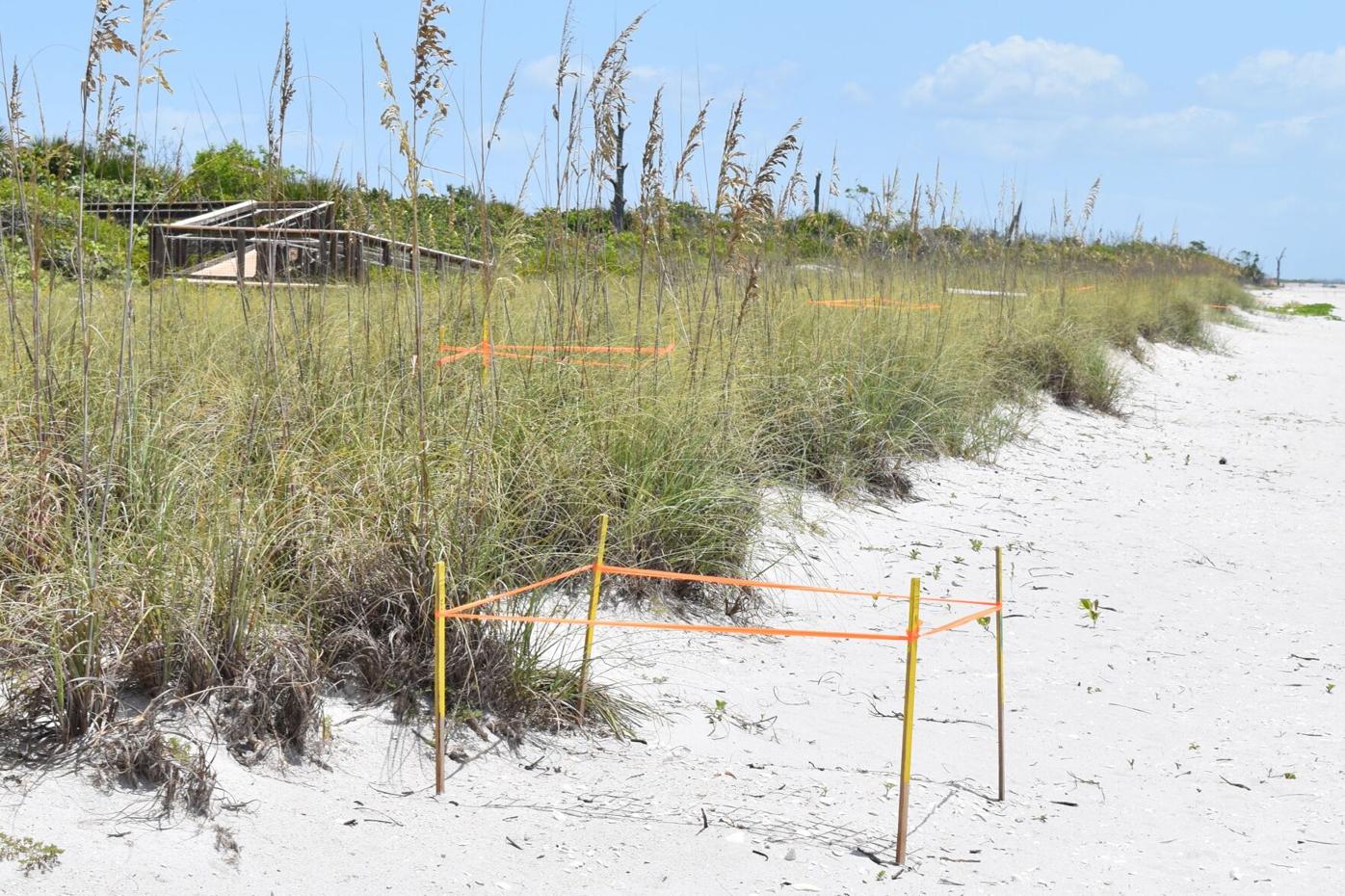 The nests were re-staked by turtle patrol volunteers on Friday, and remained in place Saturday.

This photo shows shoe prints from someone who appeared to purposely stomp on a turtle nest at Stump Pass Beach State Park. The incident is currently under investigation by state officials.

The nests were re-staked by turtle patrol volunteers on Friday, and remained in place Saturday.

Florida Fish and Wildlife Conservation Commission officers received a report Friday morning of several sea turtle nests that appeared to have been vandalized, with stakes pulled up and footprints inside the previously marked areas.

When officers arrived on the scene, however, the nests had already been staked off once again by the sea turtle patrol volunteers.

“Unfortunately we do not have any photos of the damage due to the diligence of the sea turtle patrol,” said Adam Brown, Public Information Officer for FWC Southwest Region, Division of Law Enforcement. “It did not appear that there was significant damage to any of the nests, but officers are actively investigating this incident and encourage anyone with information to call the FWC’s Wildlife Alert Hotline at 888-404-3922 to report it. Callers can remain anonymous and may be eligible for a reward.”

All five Florida sea turtle species are listed as either endangered or threatened. The federal Endangered Species Act lists the green, leather back, hawksbill and Kemp’s ridley turtle as endangered. The loggerhead is listed as threatened. This makes it illegal to harm, harass or kill any sea turtles, their eggs or hatchlings.

Englewood’s Coastal Wildlife Club and Mote Marine offer these tips to protect the turtles and hatchlings during nesting season, which runs through Oct. 31:

• Do not use flashlights, tiki torches, fishing lanterns, photo flashes or fireworks on beaches at night.

• Enjoy building sand-castles, digging holes or other play on beaches, but flatten out sand castles and refill any holes on the beach before you leave. Sea turtle hatchlings and shorebird chicks can be trapped in holes, so can nesting adult sea turtles.

• Remove chairs, toys and other obstructions from beaches at night.

• Do mini-cleanups of trash on the beach that might hinder nesting turtles or hatchlings. Food scraps left on the beaches attract coyotes, raccoons and other predators.

• Do not allow dogs on the beach. Even leashed dogs can frighten turtles, dig up nests or harm hatchlings.

• If a nesting turtle or hatchlings are spotted, remain quiet, at a distance and in the dark.