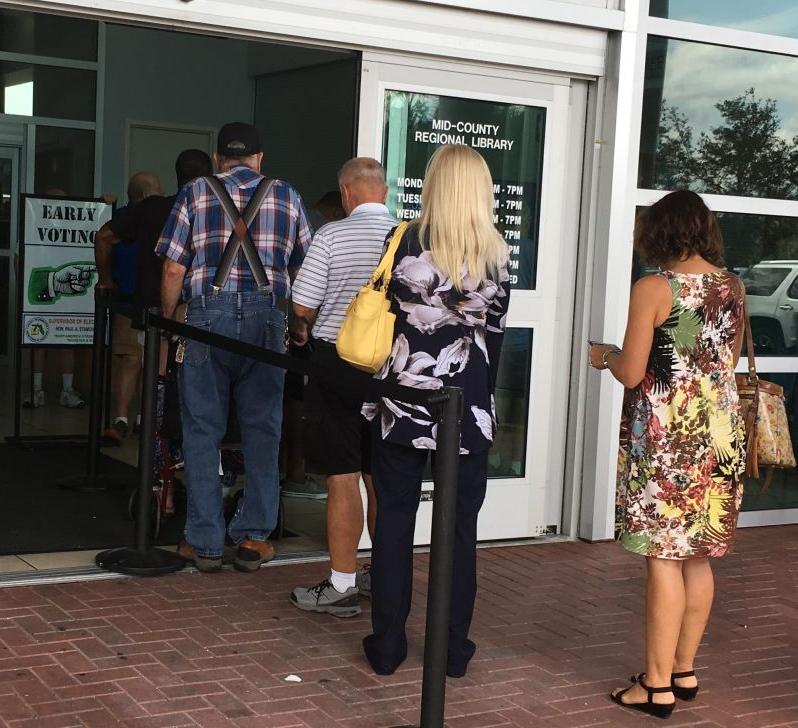 The early voting line at Mid-County Regional Library in Port Charlotte consistently stretched out the door during the first day of early voting Oct. 26, 2018. 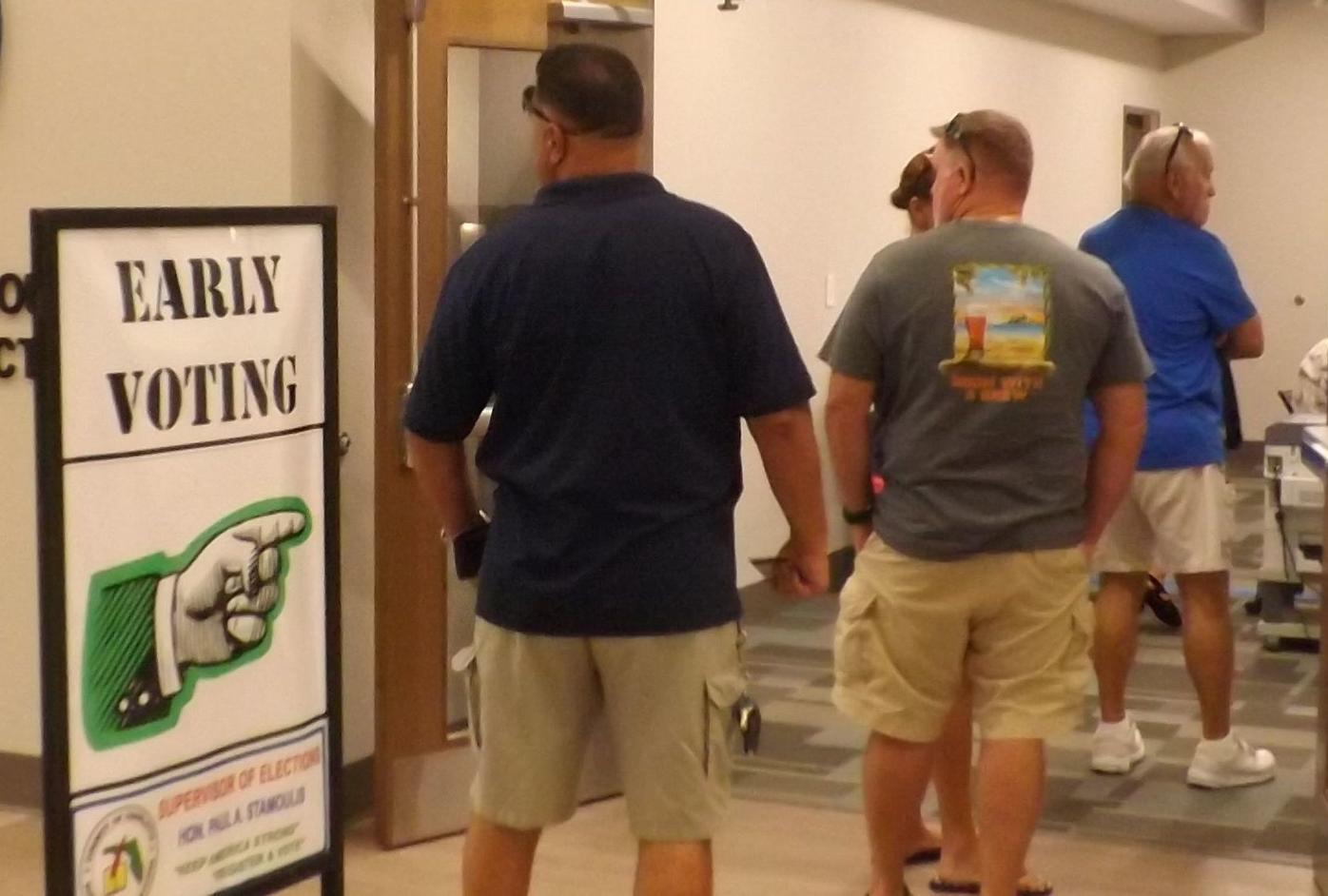 Lines of early voters came and went throughout the day at the West Charlotte County Annex on San Casa Drive in Englewood on Oct. 26, 2018. 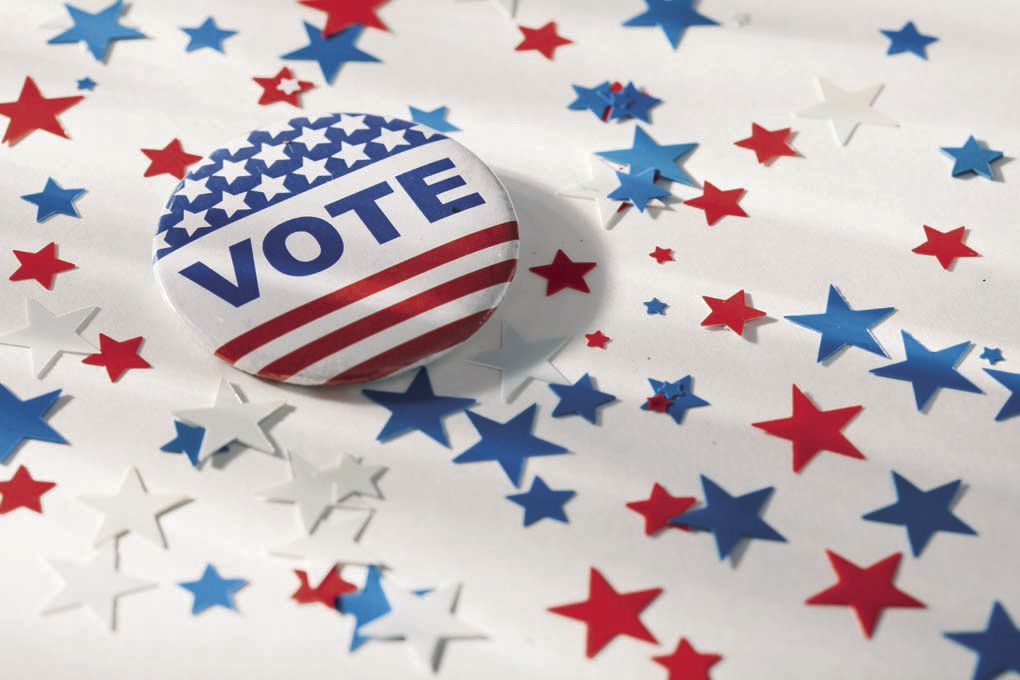 The early voting line at Mid-County Regional Library in Port Charlotte consistently stretched out the door during the first day of early voting Oct. 26, 2018.

Lines of early voters came and went throughout the day at the West Charlotte County Annex on San Casa Drive in Englewood on Oct. 26, 2018.

CHARLOTTE COUNTY — Seventeen local elected positions are up for grabs this year, and so far mostly incumbents have filed to keep their spots.

Here are the officials and seats up for election:

Clerk of the Circuit Court

Eaton was elected in 2016. Before running, he had nearly 20 years of experience in the Clerk’s office.

Polk was elected in 2012. Before that, he was the director of special projects at the Charlotte County Property Appraiser’s office since 2010, and was the revenue service center manager for the Florida Department of Revenue’s property tax oversight division from 2007 to 2010.

Potts was elected in 1996. Before that, she had approximately 20 years experience at the tax collector’s office.

Stamoulis was elected in 2008. Before that, he practiced law for 22 years in New Jersey and was appointed as a municipal court judge for six years.

Spacco was the assistant supervisor of elections from 2009 to 2019. In 2008, he unsuccessfully ran for property appraiser.

Doherty was elected in 2012, and was the chairman of the board in 2013. Before that, he was an assistant county administrator and engineer for Charlotte County.

Tiseo was elected in 2016, and served as vice chairman of the board in 2017. He also was a Charlotte Assembly member in 2013 and founded a general contracting firm, Joseph Mark Construction, in 1992.

Fileman has been an attorney for over 27 years, practicing in estate planning, business law, real estate, probate and tax representation. Fileman is also a licensed CPA.

School board positions are nonpartisan.

Amontree was elected in 2016 and also serves on the YMCA Advisory Board, the Community Task Force and Drug Free Punta Gorda. She also co-founded two businesses, Center for Digestive and Liver Disorders and Charlotte Surgery Center.

Williams is a small business owner and ran for school board unsuccessfully in 2016 against Amontree.

Segur was elected in 2012 and serves as the board’s vice chairman. He is also an attorney.

Atkinson was elected in 2016 and serves as the board’s chair. Before that, she served on the board of directors for both the Charlotte DeSoto Building Industry and the Charlotte County Chamber of Commerce.

Seay was elected in 1996 and serves as the board’s chair. She also teaches law at Florida Gulf Coast University.

Seay has not yet officially filed with the Charlotte County Supervisor of Elections.

Andrews was elected in 2012 and is also a broker associate. Before that, he was a flight engineer for 15 years. He previously ran in 2008, but was defeated by Gary Stasko, whom he later beat in 2012.

Herston was elected in 2008 and currently serves as the board’s vice chair. He also has had his own engineering firm, Herston Engineering Services, for 23 years.

Herston has not yet officially filed with the Charlotte County Supervisor of Elections.

Candidate packets will be prepared next month, according to city clerk Karen Smith, so candidates have not been able to file yet. The first filings typically are submitted in May, she said.

Cummings was elected in 2016. He serves on the legislative and resolutions committees for the Florida League of Cities, as well as the vice president of the Punta Gorda Historical Society and is also a real estate agent.

Carey was elected in 2018. Before that, she served as the president of the Punta Gorda Isles Civic Association and was on the board of directors for the Early Learning Coalition and the Mural Society.

Matthews was elected in 2016 and currently serves as the city’s vice mayor. She is also currently on the board of directors for the Military Heritage Museum and the owner of a marketing firm, Bru-Lyn Marketing.

Salaries are as of July 1, 2019, according to www.CharlotteVotes.com

Filed candidates are according to the Charlotte County Supervisor of Elections website, www.CharlotteVotes.com.

When to vote & how to qualify

The last day to register to vote for the primary is Monday, July 20, and Monday, Oct. 5 for the general election.

Statewide and county candidates have from June 8 to June 12 to qualify.

Candidates can qualify either by petition, by obtaining 1% of the total number of registered voters in the last general election, or by paying a qualifying fee, which ranges from 4 to 6% of the annual salary of the position.