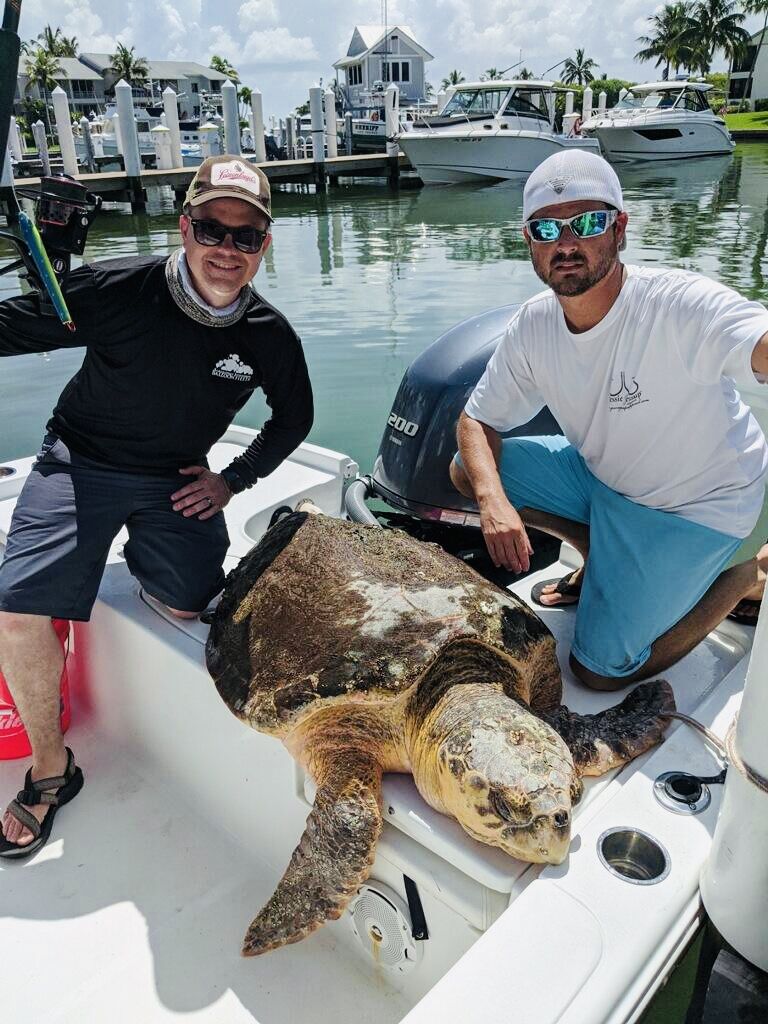 Dustin (left) and Derrick with their rescued loggerhead sea turtle. 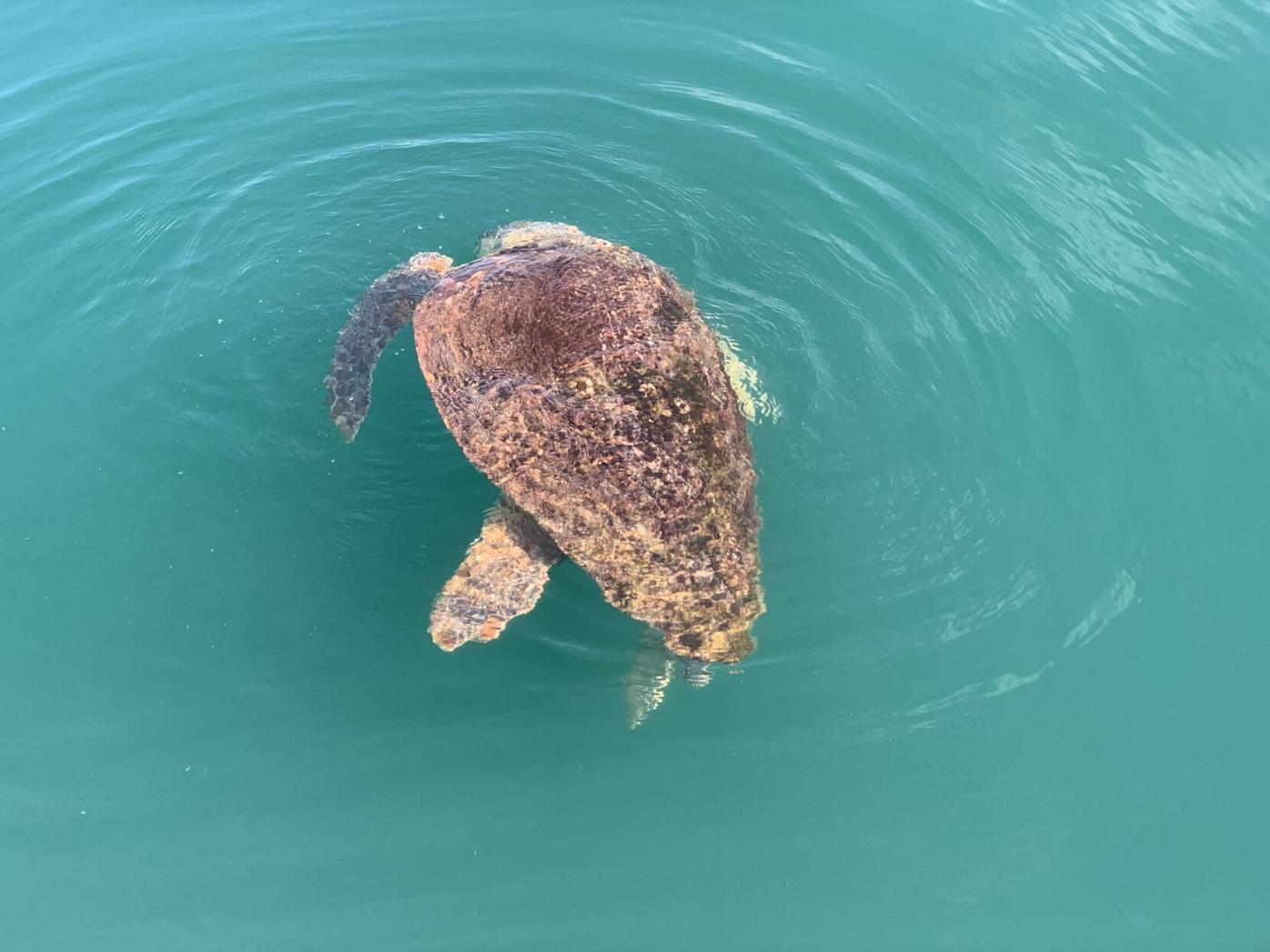 Unable to dive, the turtle floats at the surface. 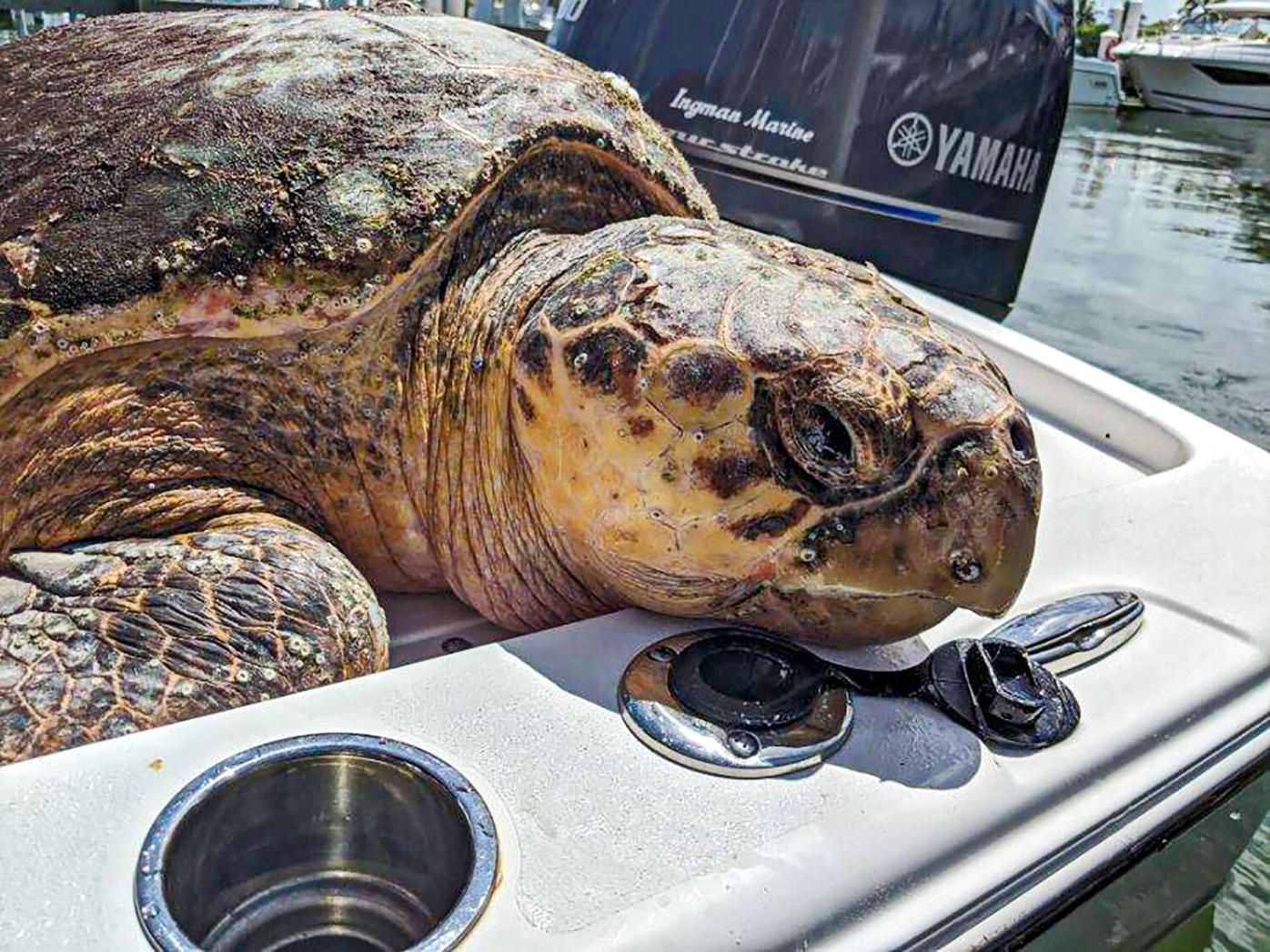 If you must handle a sea turtle, watch out for that beak. 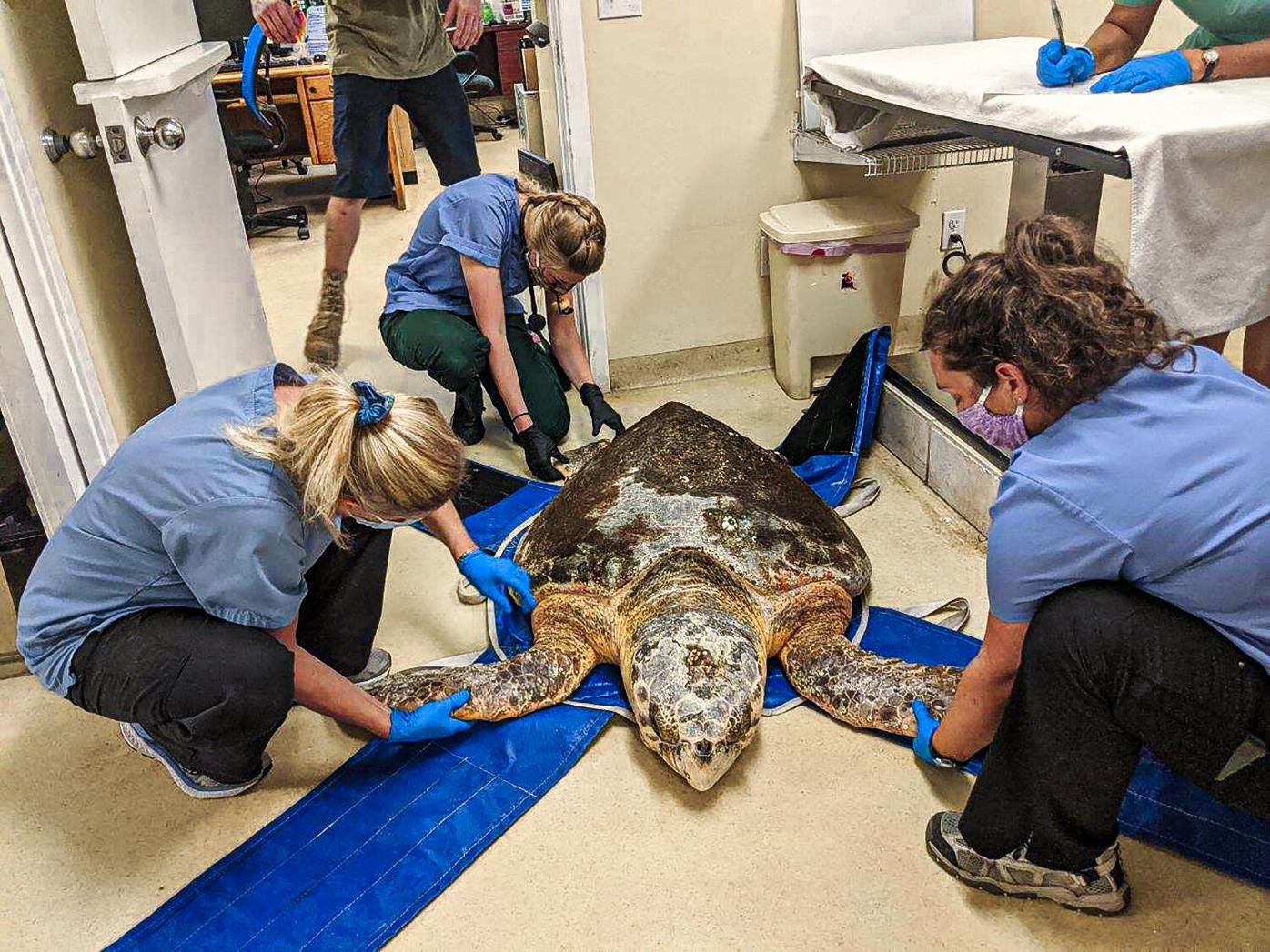 Staff at the CROW clinic work on their new arrival.

Dustin (left) and Derrick with their rescued loggerhead sea turtle.

Unable to dive, the turtle floats at the surface.

If you must handle a sea turtle, watch out for that beak.

Staff at the CROW clinic work on their new arrival.

My friend Dustin McKee and I were headed out fishing in the Gulf. I spotted a sea turtle — a fairly common sight in local waters — and watched it as we passed. Usually turtles dive down as you get close, and I thought it was strange this one didn’t. We circled back around so I could show it to Dustin, who was down on vacation.

As we approached I could see that it was struggling to swim. It would try to swim down a few feet, then pop back up on water. Realizing this turtle had a problem, we decided to put our fishing trip on hold to get it some help.

I contacted FWC, who put me in touch with CROW (the Center For the Rescue of Wildlife) on Sanibel. They told us there were no rescuers available and asked if we would be willing to help. I looked at Dustin and he looked at me, and we knew our fishing trip was scrubbed.

We tried to get the turtle into the boat, but a full-grown loggerhead is pretty heavy (and it wasn’t exactly cooperative, either). We got another boat fishing near by to come help us get the turtle loaded in the boat. Once we got it aboard, we took it down to Captiva and met CROW staff, who then took the turtle to the rescue center.

The following are updates from CROW:

JULY 8: An adult female loggerhead sea turtle (#20-3287) was admitted to the CROW Clinic. She was rescued after being found floating with her back end up in the water, a condition we refer to as “bubble butt.” Veterinarians have not yet been able to determine the cause. The 215-pound turtle was given fluid support through an IV, which helped her perk up. She was placed in a shallow tank and has not appeared to be floating abnormally, but will continue to be monitored and cared for by our amazing staff.

JULY 14: She is a he! One of the only ways to tell the difference between a male and female sea turtle is by the size of its tail. In males, the tail (which also contains their penis) extends beyond the end of its shell. For this turtle, the tail just barely extends past the shell, so it was thought to be a female. While the turtle was out of the water for the rehab team to provide IV nutrition, his penis prolapsed or came out. This is typical when a male turtle is out of water due to the change in pressure on its body.

JULY 17: The turtle has been very quiet since admit and had no floating issues until yesterday. He randomly went sideways in the tank which is consistent with gastrointestinal gas. He defecated and new x-rays showed that the GI is moving slightly. We have done IV nutrition today and yesterday as well as IV or subcutaneous fluids to help with rehydration. His packed cell volume is high (mid 50s, should be 20-30s) which is typical with dehydration.