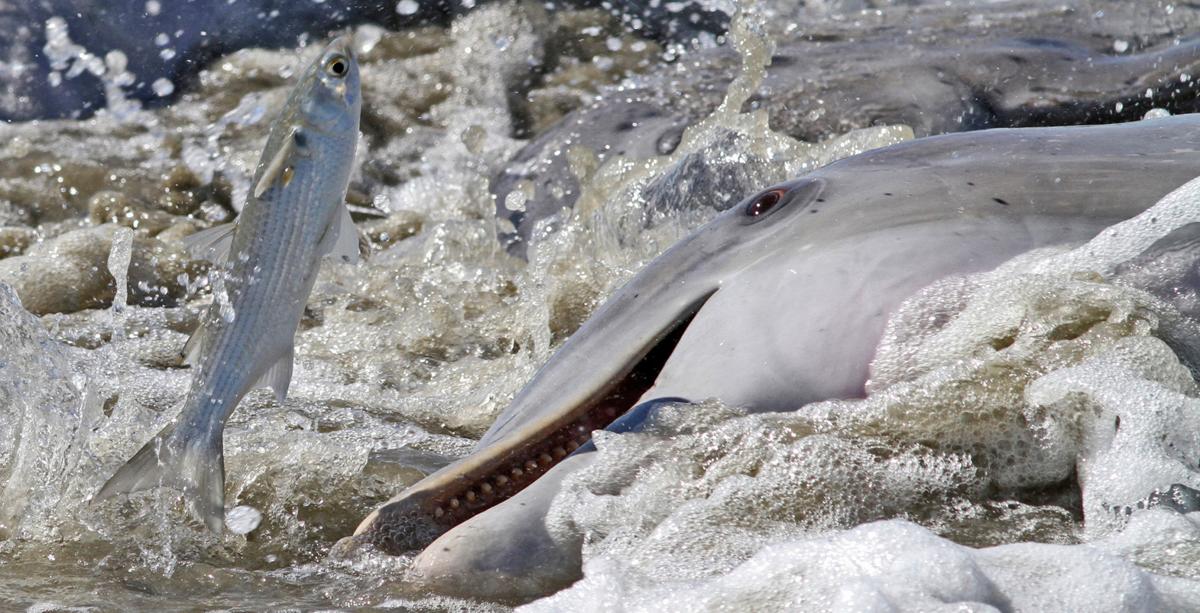 Despite popular misconceptions, dolphins are perfectly capable of feeding themselves. 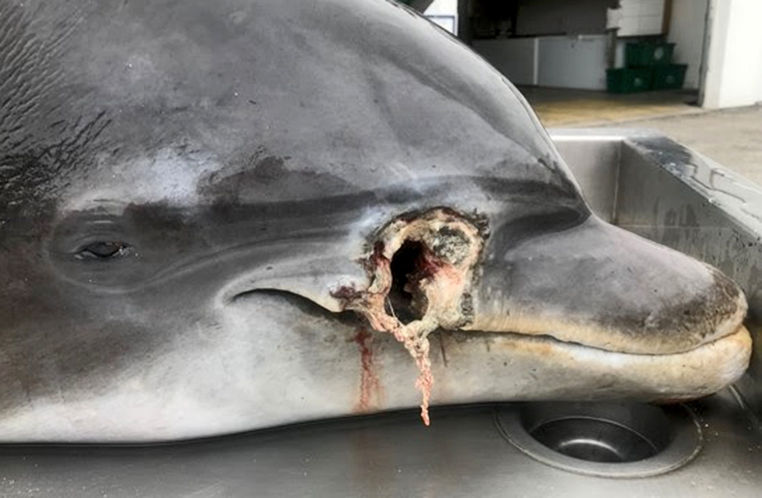 A dolphin with a fatal puncture wound to its head, was found dead off Captiva Island in May 2019. That investigation is ongoing and offers a reward for information. NOAA officials are seeking information from anyone who may have details. Please call the NOAA Enforcement Hotline at 1-800-853-1964. Tips may be left anonymously.

Despite popular misconceptions, dolphins are perfectly capable of feeding themselves.

A dolphin with a fatal puncture wound to its head, was found dead off Captiva Island in May 2019. That investigation is ongoing and offers a reward for information. NOAA officials are seeking information from anyone who may have details. Please call the NOAA Enforcement Hotline at 1-800-853-1964. Tips may be left anonymously.

Dolphins are fascinating animals. They are beautiful and entertaining to watch as they hunt and play in the waters of Southwest Florida. Knowing that they are highly intelligent — smarter than octopus, dogs, pigs, crows and even our ape cousins — adds to our interest in them. Emory University marine mammal biologist Lori Marino says dolphins are “second in intelligence to modern humans.” If they had thumbs, they might give us a run for our money.

In addition to being smart, dolphins are also social. Our local bottlenose dolphins live in family groups, and the young are raised by not just the biological parents but by the whole tribe. They learn to cooperate with one another, a skill facilitated by a spoken language which some cetologists (whale and dolphin biologists) believe we might someday be able to translate.

As intelligent and social creatures, dolphins are a lot like us. And that’s a huge problem for them. It means that we want to interact with them, and they are often happy to oblige. Getting dolphins to take fish from our hands is easy, as many delighted tourists have discovered. Once they realize they can get more in exchange for cute antics, they’ll perform for you. It’s like your own private SeaWorld, except without the traffic jams on I-4.

People have been feeding dolphins here for a long time. But it’s a problem that’s getting steadily worse. Part of the reason is dolphin culture. Dolphins learn from one another, and especially from older family members. A dolphin that discovers the secret for getting handouts teaches it to others, and one becomes five, then 20, then 50.

Part of the reason is human culture. Most of us have some affinity for dolphins, but many of the boomers now retiring to Florida had it ingrained in them as children by the TV show Flipper (1964 to 1967). Folks in the age group to grow up on this show seem more enamored of dolphins, and also of getting their grandkids to feed them for super cute photos.

Now, it’s simple enough to explain to people that feeding dolphins is illegal. It’s considered a form of harassment under the federal Marine Mammal Protection Act of 1972, and citations for breaking the law can be hefty — up to $100,000 per incident. A case that became final in January resulted in NOAA assessing a civil penalty of $1,250 against a Kansas man for feeding a dolphin while in Florida on vacation.

But most people blow that off with little trouble. As far as they’re concerned, it’s not like they’re really doing any harm. And besides, the chances of getting caught are pretty slim.

If they talked to the local fishermen, they might understand some of the problems feeding dolphins has led to. Most anglers have stories about dolphins taking fish that have just been released, or occasionally pulling hooked fish right off the line. Such behaviors can cause problems because released fish sometimes still have hooks in them, and fish taken from the line might get not just hooks but also entangling lines on or in the dolphins.

Most of us get annoyed with dolphins and move to avoid them. It’s a pain, but there aren’t many other options. However, not everyone feels that way. People have a dark side, and not everyone who gets fed up with dolphins packs up and heads to another spot.

Photos of dead dolphins are hard for a lot of people to look at. But it’s something that needs to be put out there, and for one simple reason: Dolphins are dying because people wanted to be close to them. According to NOAA, since 2002, at least 29 dolphins have stranded with evidence of being shot by guns or arrows, or impaled with objects like fishing spears. Four incidents have occurred within the last year.

Why is this happening? Because short-sighted people fed intelligent wild animals, teaching them that humans were food sources. When you feed a dolphin, you are basically telling it that everybody is great and will do nice things for them. The dolphins then approached the kind of people who are fine with solving minor problems by dealing out death. We all know those people exist among us. The dolphins didn’t.

So if you want to see more of this type of interaction — the type where dolphins get killed for doing what you trained them to do — then go ahead and keep feeding them. It’s a selfish act that will lead to more dolphin deaths in the future, but hey, you’ll get your cute photos. Which one is more important?

Yes, people should not feed dolphins but the true miscreants responsible for their death are the people who actually kill them. Dolphins need to eat fish. The vast majority of people do not and would be healthier by not eating them. There is no valid justification for needlessly harming dolphins, fishes, or any other animals. People should stop stealing their food!