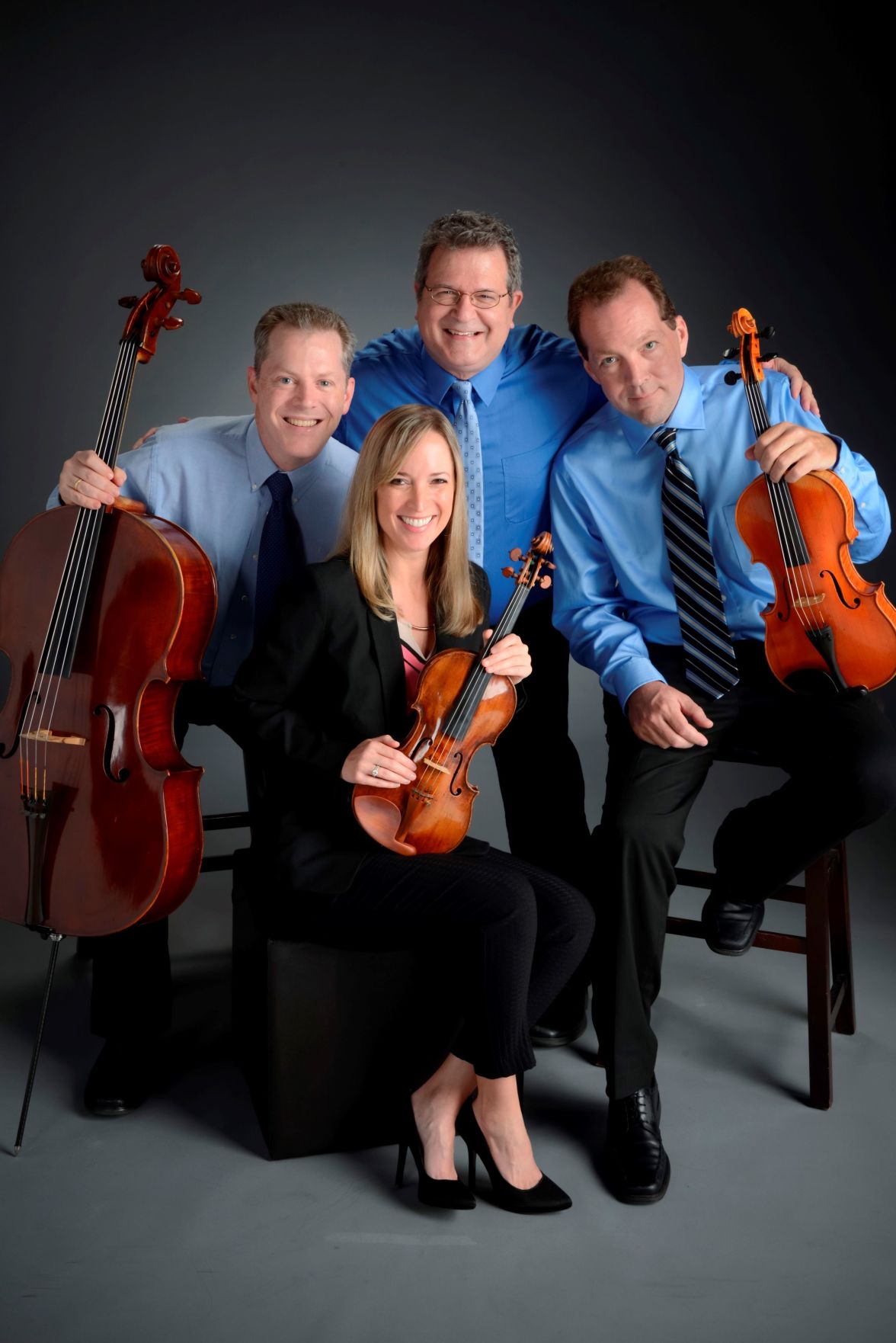 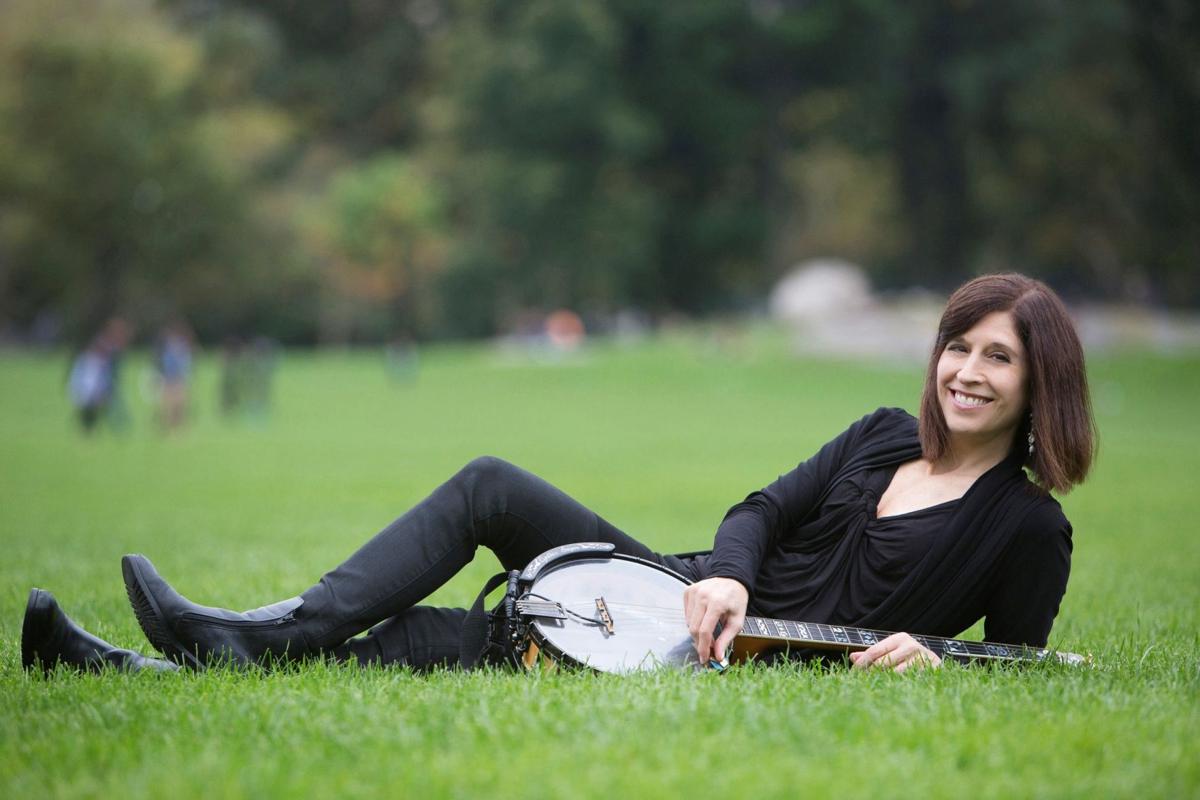 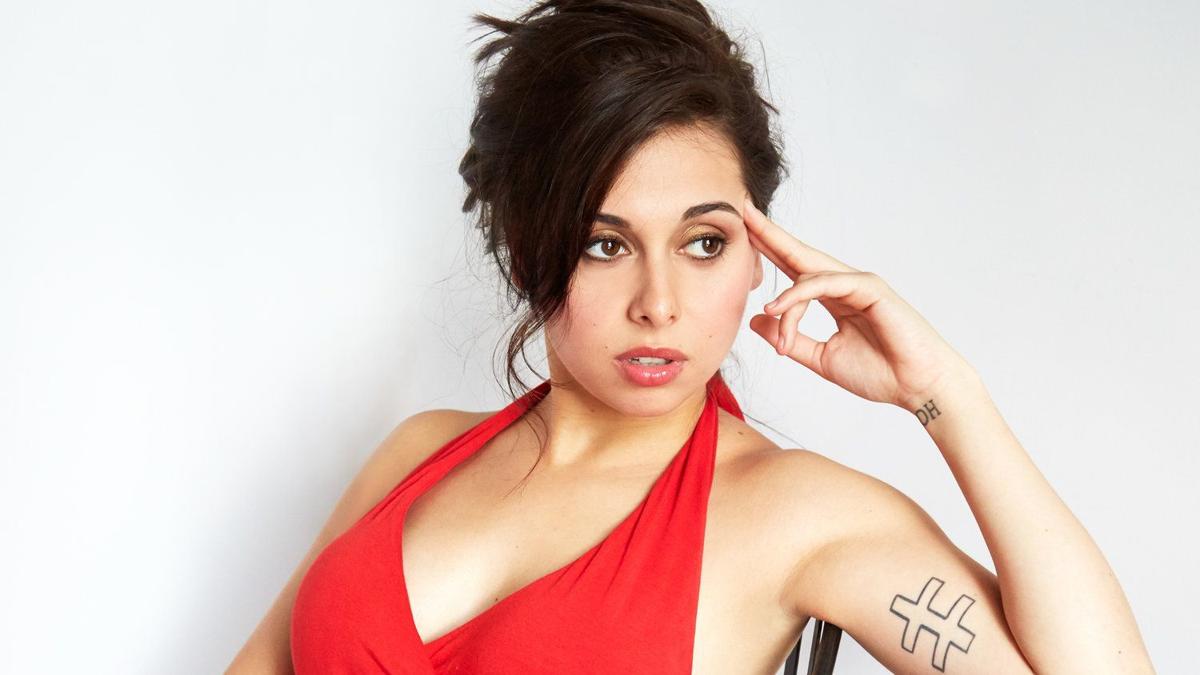 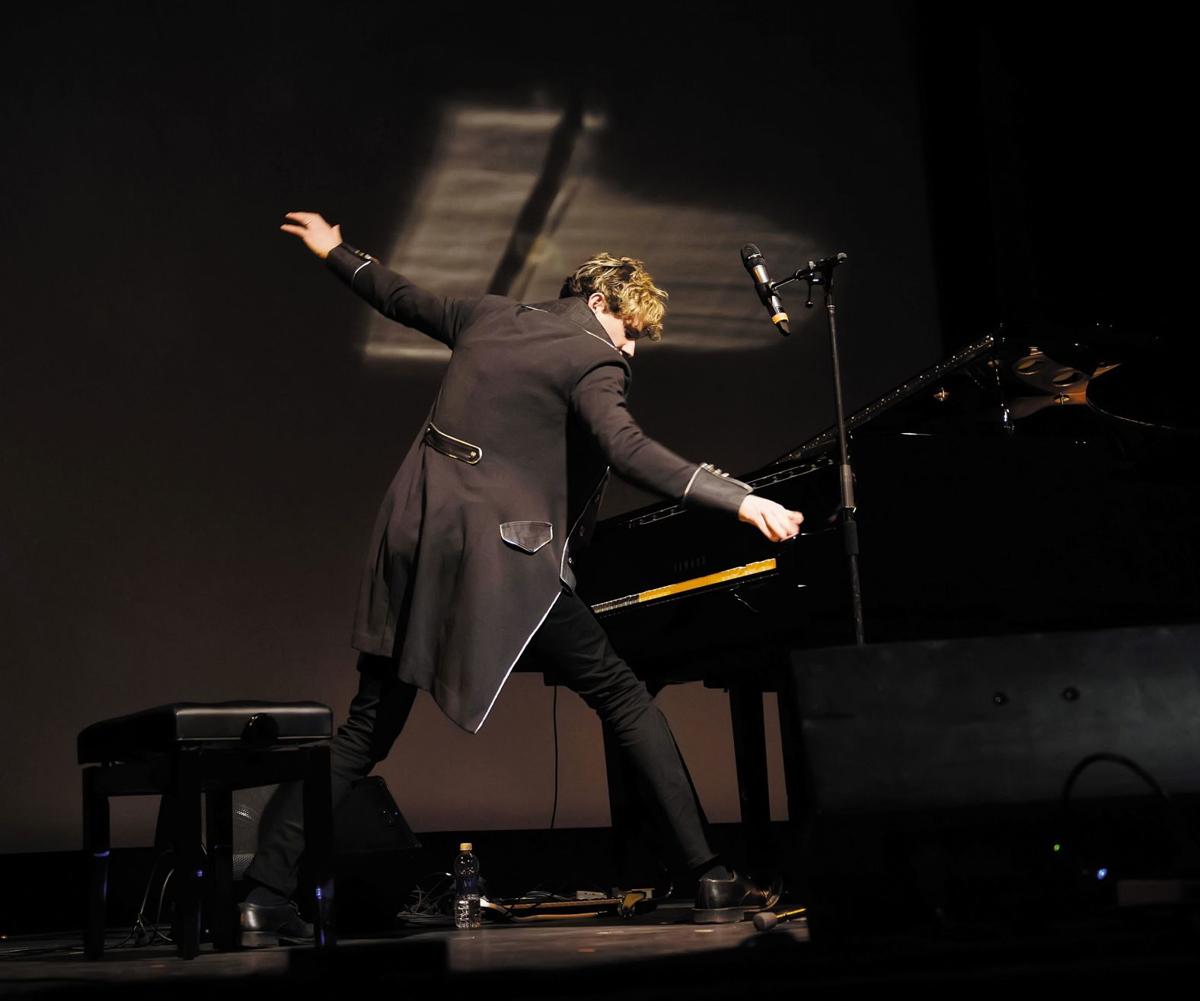 Ben Turoff, the director of the Glenridge Performing Arts Center, describes the upcoming season as “thought-provoking and heart-moving.” He adds that, “We showcase an exciting variety of artists and acts that aren’t found elsewhere in the region. Where else can you find a line-up that includes top jazz, classical, and pop artists, groundbreaking puppetry, comedic performances and intellectually stimulating lectures, traditional folk dance, multimedia nuevo-flamenco extravaganzas, and an ensemble performing music from the Middle Ages? You know when you come to The Glenridge you’ll be treated to extraordinary, one-of-a-kind artistry.”

Multi-award-winning instrumentalist/vocalist/bandleader Cynthia Sayer is acclaimed by musicians, critics, and fans alike as one of the top four-string banjoists in the world today. Praised for her “drive and virtuosity” by The New York Times, Sayer enthralls audiences with her electrifying, swing-based performances. Her program is a mesmerizing mix of hot jazz, Great American Songbook, old favorites, virtuoso classics and more. With Randy Sandke on trumpet, Richard Drexler on string bass, and Tony Vigilante on drums.

This powerhouse jazz trio featuring bassist and vocalist Nicki Parrott, pianist Rossano Sportiello, and drummer Eddie Metz Jr., returns to central Florida by audience demand. Metz has toured with the Count Basie Orchestra, the Bill Allred Classic Jazz Band, the Les Brown Orchestra and many others. Metz has also worked with such greats as Ella Fitzgerald, Sarah Vaughn, Arturo Sandoval, Sammy Davis, Jr., Rosemary Clooney, Michael Feinstein, Chick Corea, and Patti Page. He continues to record with top jazz artists and perform at jazz festivals and events around the country. Australian jazz vocalist and double bassist Nicki Parrott, dubbed by the legendary Les Paul as having “that special gift you cannot buy in a music store,” has an ever-growing and monumental career filled with prestigious awards, countless festival appearances and an impressive roster of musicians he has performed with, including Paul McCartney, Slash and Steve Miller. Rossano Sportiello is an award-winning jazz pianist.

This celebrated pianist and vocalist is known across the world as “the guy who plays the piano upside down.” How to describe his crowd-pleasing concerts? Imagine the love child of Victor Borge and Jerry Lee Lewis. Audiences consistently rave, “I’ve never seen anyone play the piano quite like that before!” Also a diverse composer, Farnham’s royalty-free songs on YouTube have been downloaded nearly four million times. His TV and film credits include “The Dr. Oz Show,” BMW and Ford commercials, and a number of feature films and documentaries.

Jan. 29: “Let ’Em Have It Just That Way: The Songwriters of the Harlem Renaissance,” a lecture with Peabody Award-winning music historian Michael Lasser

After World War I, African-American leaders turned to the arts to transform society. The movement they created spanned the spectrum of creative expression, and songwriting was no exception. Thanks to songwriters like Fats Waller, Andy Razaf, James P. Johnson, and Duke Ellington, mainstream America started singing a different tune.

Michael Lasser returns with songstress Cindy Miller and pianist Alan Jones to celebrate the legacy of Irving Berlin. For more than half a century, Berlin demonstrated a genius for reading the American mind, and expressing its deepest yearnings in songs of beautiful simplicity. Lasser notes that, “No one wrote as many successful songs as Berlin and no one wrote with as keen a sense of America. He was our great democratic songwriter and our great articulator of America’s changing attitudes about everything from love to war. He gave voice to the values, beliefs, follies and dreams that characterized the lives we lived and hoped for.”

Jeff Rupert’s all-star quartet and award-winning vocalist, Veronica Swift, are swinging back to The Glenridge for a dynamic return engagement. This crowd-pleasing, sizzling ensemble raises the bar for jazz wherever they take the stage. Rupert has performed at the Blue Note, Birdland, Carnegie Hall, Lincoln Center, the Kennedy Center, the Tokyo Forum, the National concert hall of Taipei, Taiwan, and at jazz festivals across Europe, Israel, Australia, New Zealand and Japan. Swift is recognized as one of the top young jazz singers on the scene.

While he’s only 37, this rising star of the guitar world has released 23 CDs, three DVDs, and played in more than 60 countries. Figueiredo is the winner of several important competitions including The Montreux Jazz Competition and the VISA Prize. His concerts are a fusion between Jazz, Bossa Nova and Classical music. Figueiredo has a unique interpretation, with tremendous techniques, enormous emotion, and his shows have been a great success to all audiences. He was born in Franca, Brazil, in 1980, and at the age of four, he used to strike poses carrying his small guitar. At six, he got a mandolin, which was kept in a very special place in his house. Figueiredo played many instruments before choosing the electric guitar when he was 12, playing in theaters and local pubs, revealing the great art of improvising and harmonizing. At 15, he conquered theaters and nightclubs in many different Brazilian states, playing solo or with renowned musicians.

March 14: “The Landscape of Guitar”

This extraordinary encore performance serves up a sensory feast for the soul with the art and music of the guitar. Performing fiery Spanish guitar pieces like “Malaguena,” to the gorgeous vocal harmonies of “Sounds of Silence,” master guitarist Bruce Hecksel and singer-songwriter Julie Patchouli takes the art of guitar to another dimension with a multimedia concert experience. The music plays against an immersive backdrop of vibrantly painted, guitar-themed landscapes. (Imagine 3D “guitar birds” flying through guitar mountains and over guitar rivers, cities and oceans.) Hecksel and Patchouli have been called “one of the top nuevo-flamenco groups in the world” (Zone Music Reporter). Folk festival favorite Julie Patchouli’s sparkling lead vocals, beautiful duets and award-winning compositions compelled the Chicago Tribune to say the duo’s “songs about harmony and healing inspire the human spirit.”

With pure energy and great songs from the past and the present, this always fresh quartet transports audiences to a world of music. Some audience members will return to the bygone days of their youth; others will be delighted to experience their unique brand of vocal harmony entertainment. Those experiencing The Four Freshmen for the first time will always wonder: “Why haven’t I gone to see them before?”

Talk about old school. This dedicated ensemble performs music from the 1300s to the present on recorders of various shapes and sizes. This woodwind instrument was first documented in the Middle Ages — and it’s lost none of its power. Composers who have written for it include Purcell, Handel, Vivaldi, Telemann, Johann Sebastian Bach, Benjamin Britten, Leonard Bernstein, and Arvo Part. The Consort’s instruments also include a viola da gamba, an early version of the modern cello. The Consort’s varied programs include descriptions of the instruments and commentary about the music played. The Consort will be wearing Renaissance costumes to enhance the presentation.

Kate Delaney covers a wide range of styles and genres, including Jazz, Broadway, and popular music. After her years as a headline singer on some of the world’s top cruise lines, she now performs at Performing Arts Centers across the country. She will be back this year sharing songs some of her favorite songs from Barbra Streisand, Linda Ronstadt, Ella Fitzgerald and more.

April 21: The Cashore Marionettes in “Life in Motion”

Unmatched in artistry, grace and refinement of movement, the internationally acclaimed Cashore Marionettes are redefining the art of puppetry, and astounding audiences in Europe, the Far East and across the United States, including stops at the Kennedy Center, Annenberg Center, Kravis Center. In this performance, “Life in Motion,” Joseph Cashore presents his collection of marionette characters in a series of scenes taken from everyday life and set to music by such composers as Beethoven, Vivaldi, Strauss and Copland. Through a combination of virtuoso manipulation, humor, pathos, classic music and poetic insight, the Cashore Marionettes take the audience on a journey that celebrates the richness of life.