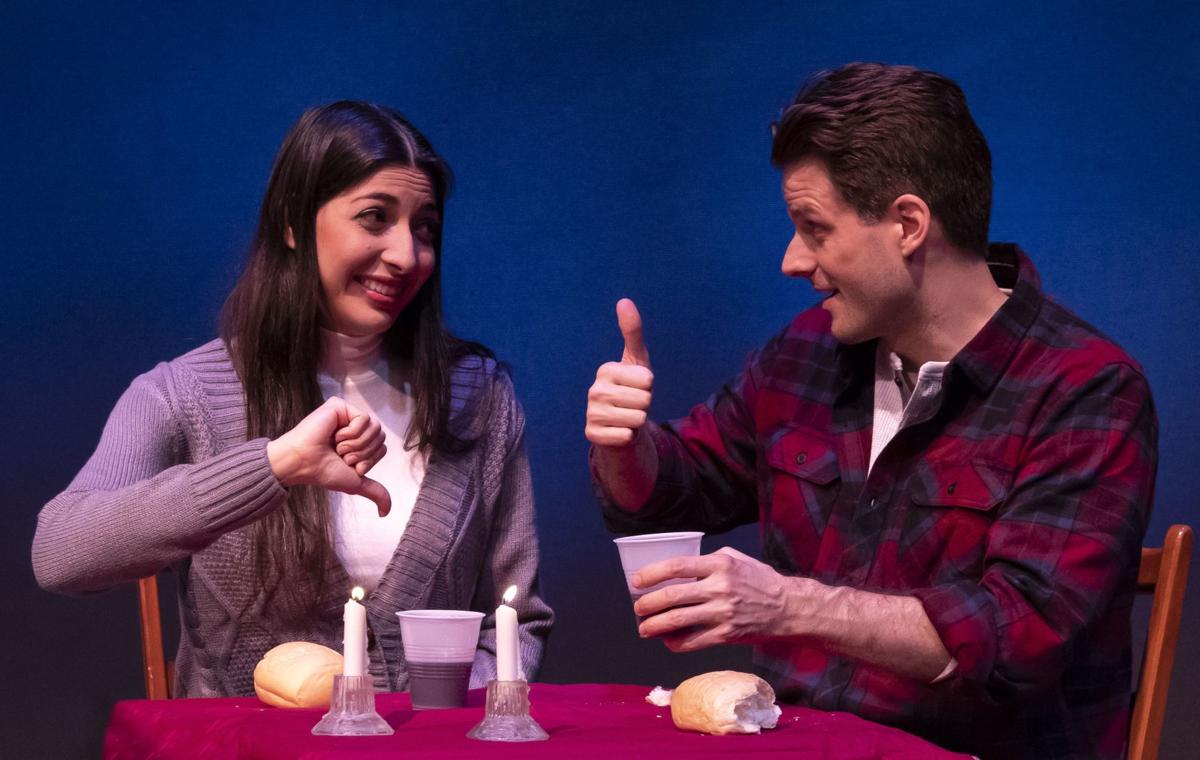 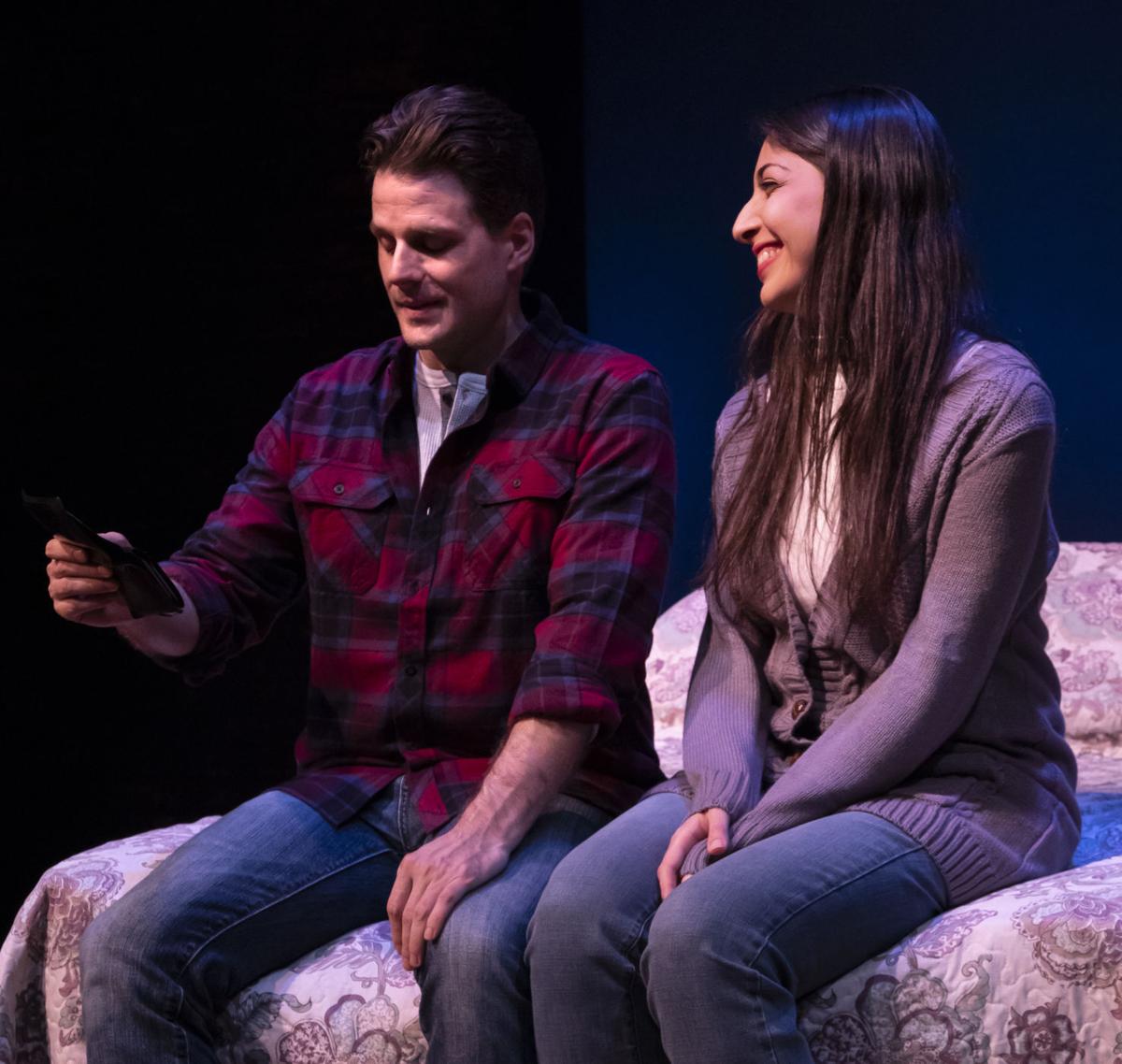 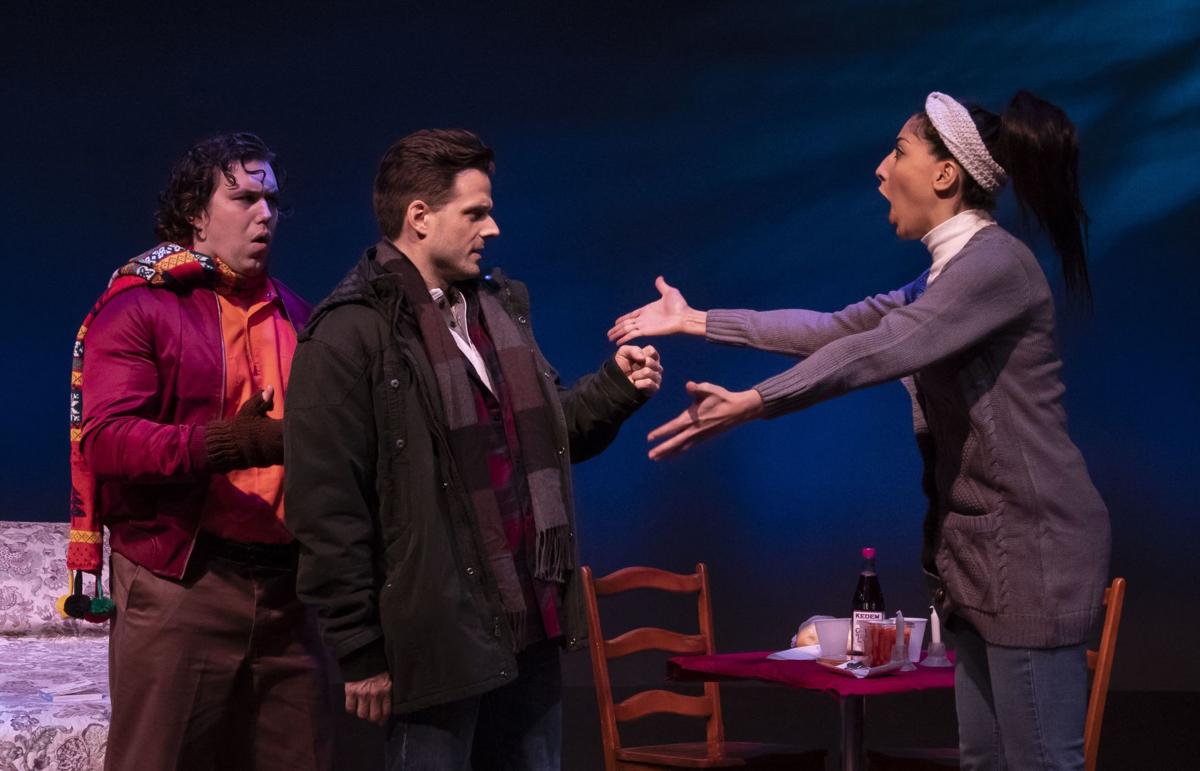 Ayelet, a young Israeli woman, reluctantly travels with her grandmother, Edna, to the United States. When something unexpected happens during their trip, Ayelet is left stranded in a Virginia motel room on Christmas Eve with Terrence, a bumbling, yet well-intentioned, delivery man. She doesn’t know much English and he doesn’t know any Hebrew at all. So Terrence calls on his friend Josh, the only Jewish person he knows, to serve as an interpreter. The problem is that Josh only remembers a few Hebrew phrases that he learned for his bar mitzvah almost 20 years ago. Still, Josh and Ayelet manage to establish a strong relationship.

“I was struck by the simplicity of connection between two people who spend an entire play together and form a bond even though they do not speak the same language,” said FST’s Producing Artistic Director Richard Hopkins. “It is a testament to intuition and feeling as guides to the deepest of human connection.”

“Handle with Care” integrates elements of Judaism in its exploration of universal, secular themes like destiny and family ties. “I appreciate how Jason [the playwright] has woven Jewish ideas and traditions together with Christmas-y themes,” shared Jason Cannon, FST associate artist and director of “Handle With Care.” “The play reminds us that family matters. That friends matter. And that love and connection matter. It reminds us that we can make a difference in the lives of the people we care about.”

Bringing this charming comedy to life are Anat Cogan, Mat Leonard, Marina Re and Michael Zlabinger. Cogan plays Hebrew-speaking Ayelet in “Handle with Care.” She is an American Israeli actress and singer who has played Juliet in “Romeo and Juliet,” Elmire in “Tartuffe” and Donia Rosita in “Donia Rosita the Spinster.” Leonard, who plays Terrence in this regional theatre favorite, was featured in “Masha and Spike” as Spike and “Julius Caesar” as Octavius.

Marina Re, who previously starred in FST’s productions of “God of Isaac,” “Last Romance” and “Boleros for the Disenchanted,” plays Ayelet’s grandmother, Edna, in this holiday comedy. Re has worked Off-Broadway, on national tours and at regional theatres across the country for 40 years. Zlabinger plays Josh in “Handle With Care” and was last seen in FST’s production of “The Columnist.” He starred in the Off-Broadway productions of “Desperate Writers,” “The Subtle Body” and “Like Money in The Bank.”