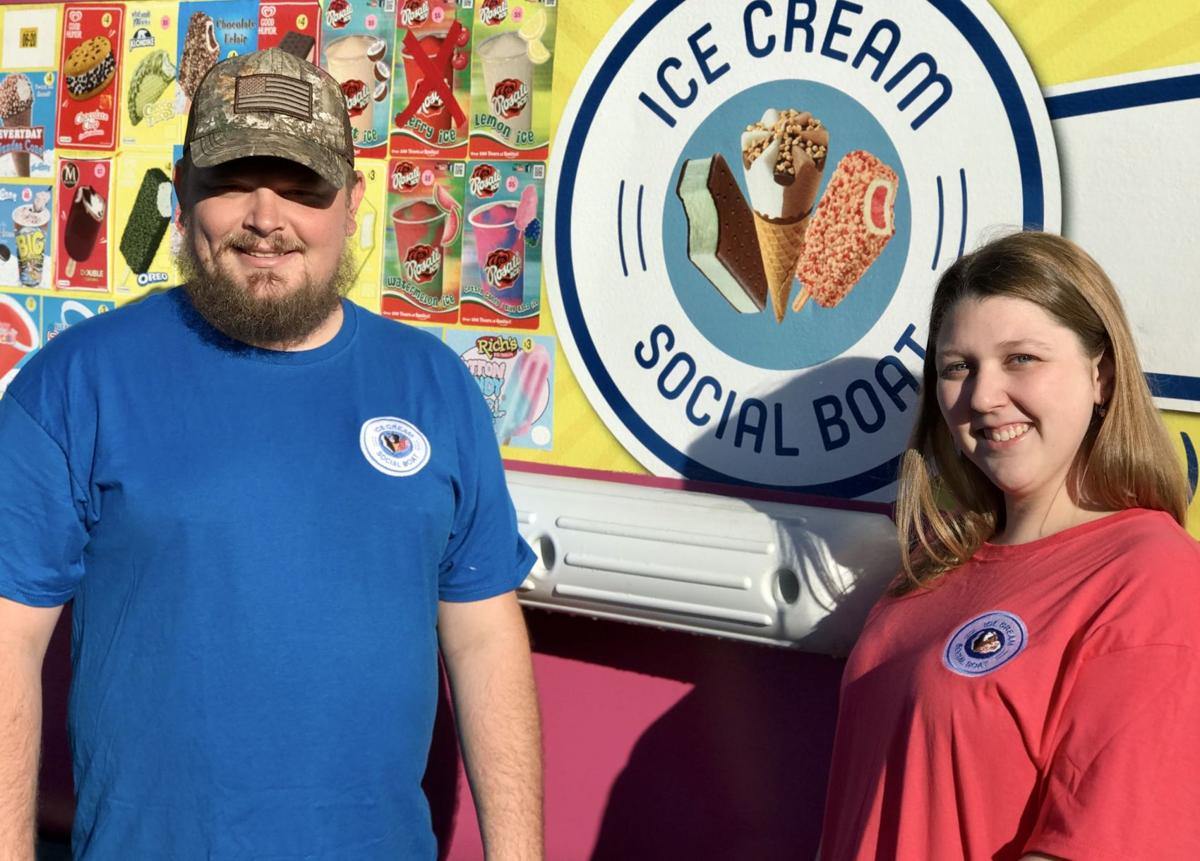 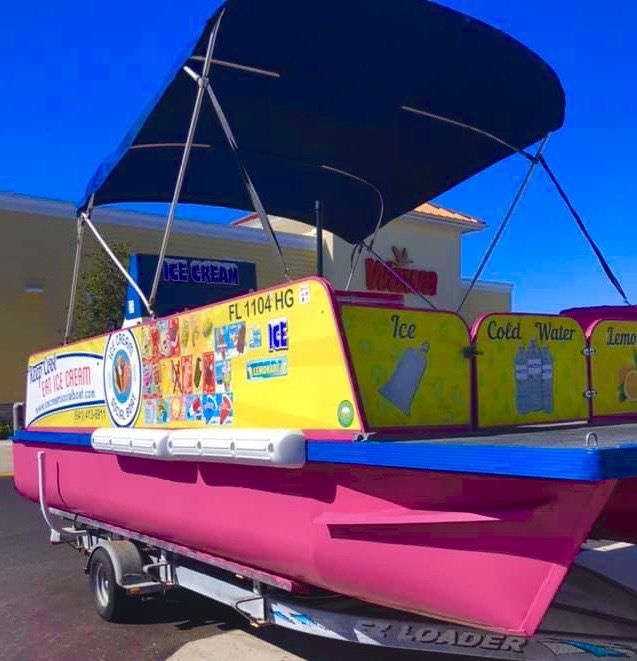 The Ice Cream Social Boat rolls out on its first trip to Stump Pass Sandbar.

Wherever it’s parked, on land or beach, you can’t miss the Ice Cream Social Boat.

The Ice Cream Social Boat rolls out on its first trip to Stump Pass Sandbar.

Wherever it’s parked, on land or beach, you can’t miss the Ice Cream Social Boat.

It’s bright pink, blue and yellow, with feather flags fluttering in the wind.

It plays that unmistakable jingly music that revs kids up like Pavlov’s bell.

Last summer, Chuck and Kelly Dean of North Port threw their hearts and souls into transforming a pontoon boat called the Holey Moley into a floating ice cream business that they called the Ice Cream Social Boat.

It made stops not only by sea, on the Boca Grande and Stump Pass sandbars where beachgoers camp out, but also by land, at a Gran Paradiso celebration, Leader’s Casual Furniture and the grand opening of an axe-throwing establishment. They even signed up for Grubhub home delivery.

In November, Chuck announced, “As much as it hurts, I may need to sell the Ice Cream Social Boat. I just don’t have the time to work it as much as it needs.”

Enter Briana Caniff, 24, and Jaymz Michaud, 27, who spotted the turnkey business’s ad on Facebook and thought it sounded cool, in more ways than one.

That is, until somebody else bought the boat.

“But they never came back for it, and it was reposted for sale,” said Caniff. “Jaymz got super excited and said, ‘Okay, we need to get this boat. It’s meant to be.’

“And here we are. The Deans are wonderful people. They did all the hard work, sold us everything down to the monogrammed shirts, and we get to live the dream. We are so excited to continue this business and make it grow.”

Neither boats nor selling ice cream is new to the enthusiastic young couple, who also own a 17-foot fishing boat. Like the Deans, Caniff’s first job, from the time she was 15, was selling ice cream at Port Charlotte’s Tamiami Trail Dairy Queen.

“And,” she added, “Jaymz can sell things all day long.”

Joining the growing flotilla of food boats that cruise local beaches was different.

“But people aren’t telling us we’re crazy to do it,” said Caniff. “And the fact that my mom gave it her blessing tells me this really is a good idea.”

They expect that the concept will float everyone’s boat. Even on a first test run, people on the sandbars were flagging them down, running up for ice cream.

Though a pontoon boat makes the perfect flat platform to sell from, the Ice Cream Social Boat doesn’t serve while afloat. It beaches low in the water, where customers can wade up for their treats, or it parks on land at special events.

For now, the boat will be a weekend gig for the pair, both of whom have day jobs — Caniff as a nurse for a local pediatrician and Michaud selling auto parts.