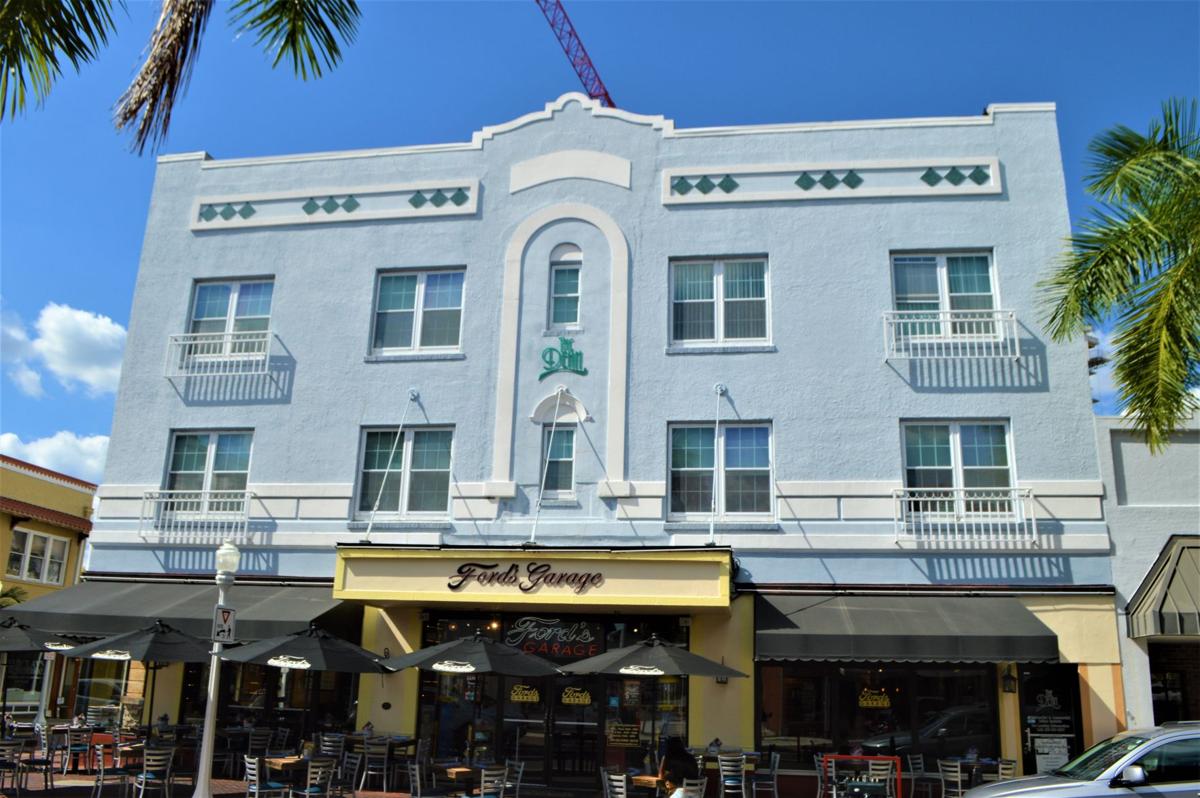 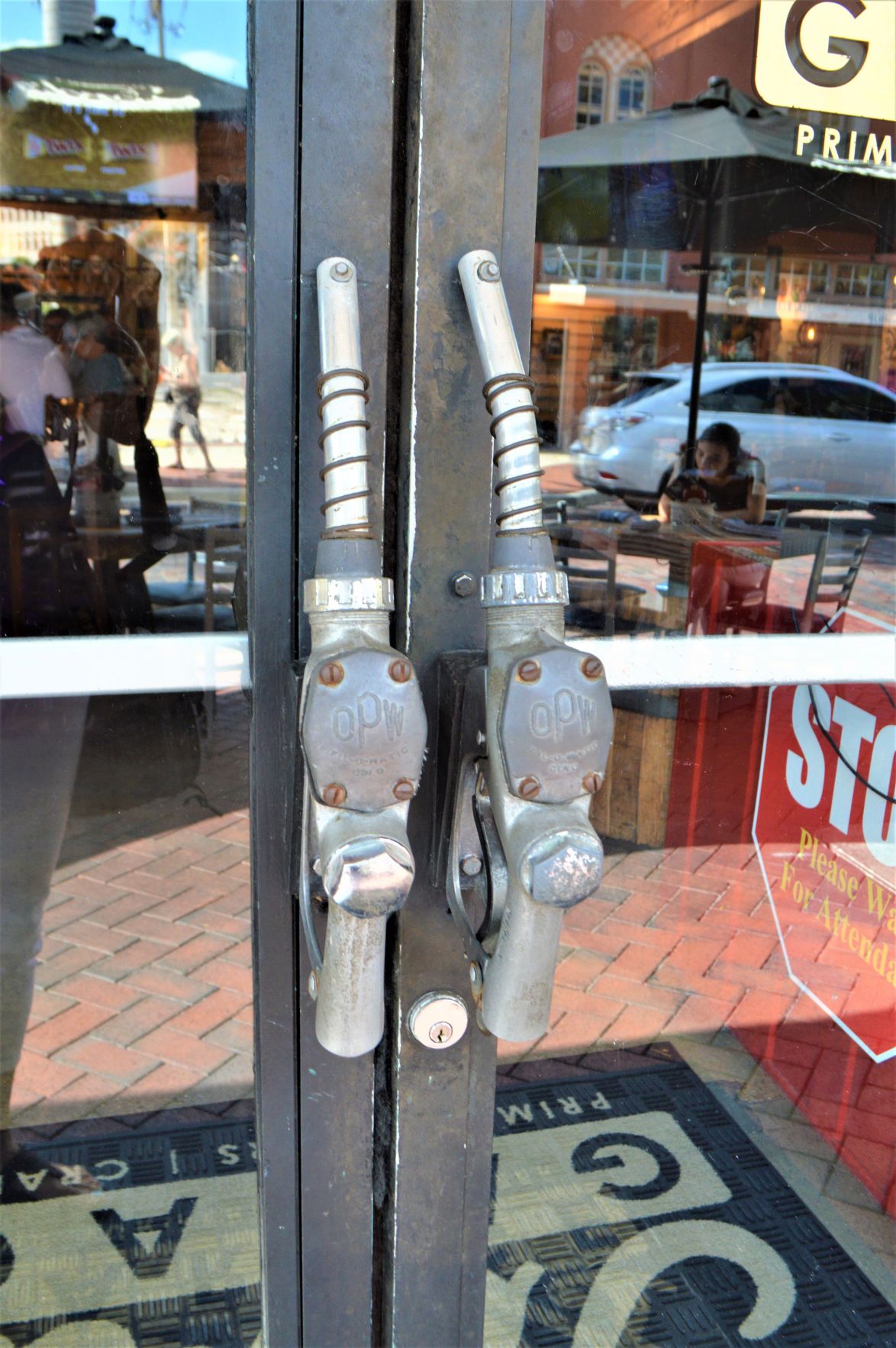 Ford’s Garage branding can be seen everywhere — right down to the front door pulls. 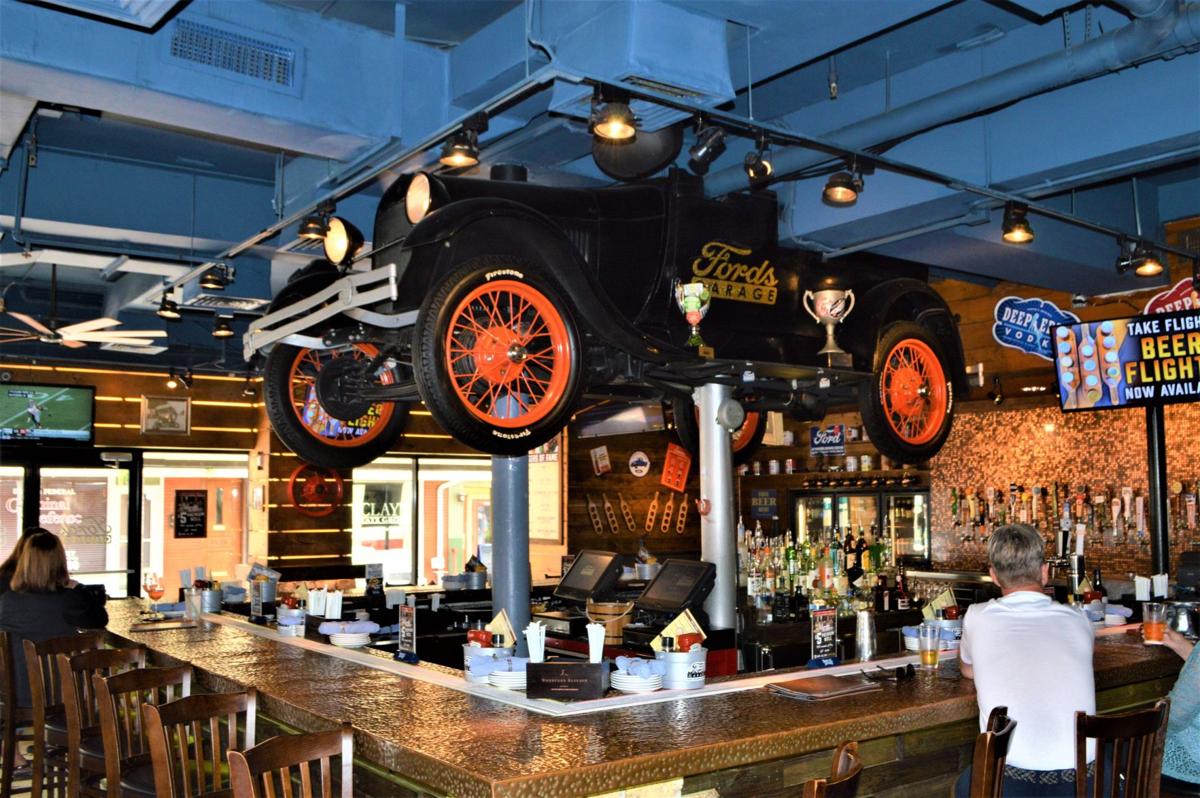 A trademark 1920s Model A Ford is up on a mechanic’s lift behind the bar at Ford’s Garage. 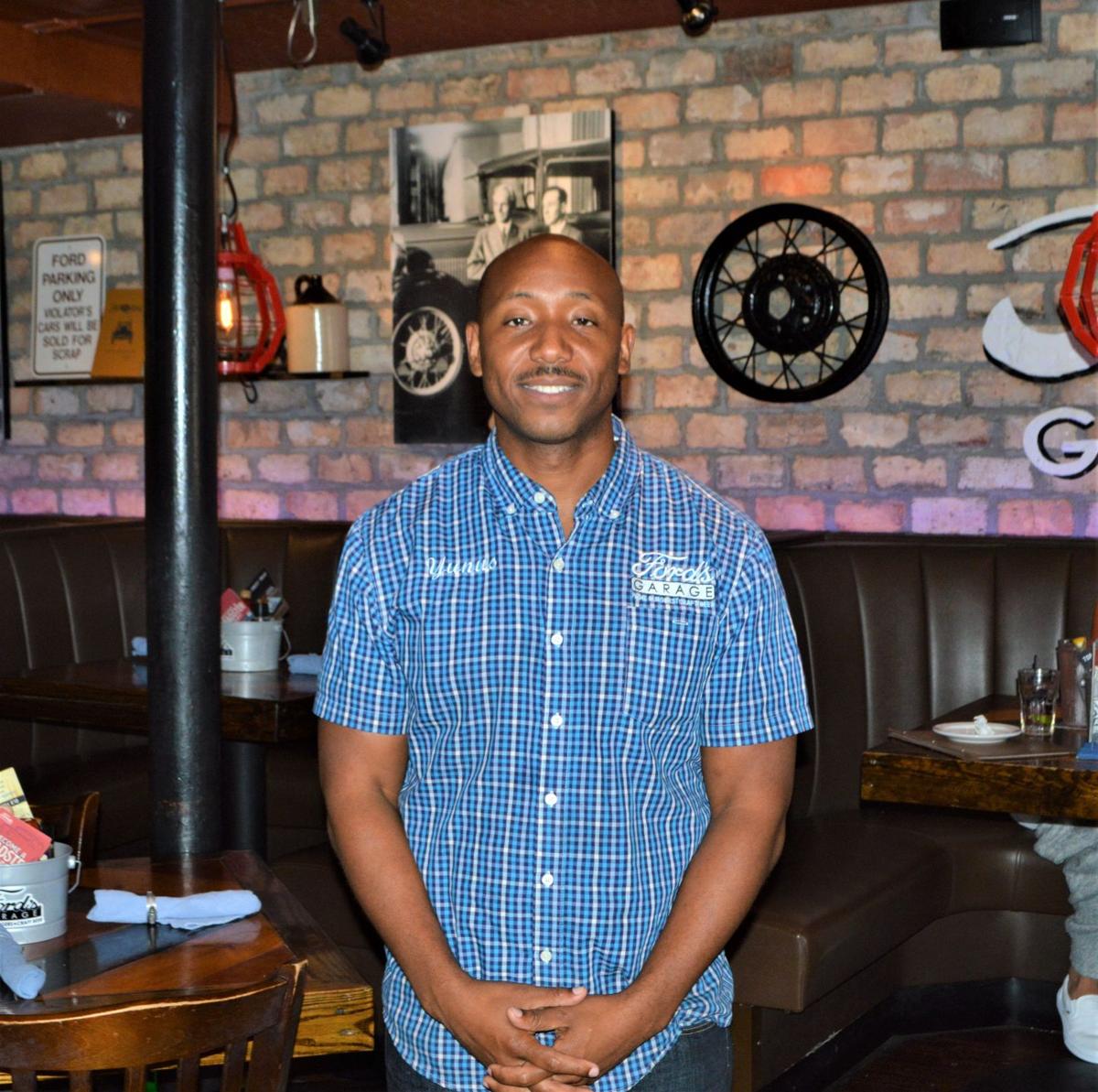 Yunus Rassoull is the district manager for the Ford’s Garage in Fort Myers.

Ford’s Garage branding can be seen everywhere — right down to the front door pulls.

A trademark 1920s Model A Ford is up on a mechanic’s lift behind the bar at Ford’s Garage.

Yunus Rassoull is the district manager for the Ford’s Garage in Fort Myers.

When Ford’s Garage restaurant first opened up in an historic Downtown Fort Myers building in 2012, the area was far from the dining and entertainment destination it is today.

Yunus Rassoull, district manager for the rapidly expanding concept restaurant, said that the implementation of the flagship Ford’s Garage was what first sparked the downtown’s revitalization project.

“When this first opened up, there were tumbleweeds down here,” he said. “We are proud to have been a part of downtown Fort Myers’ transformation. This restaurant was started as a celebration of Henry Ford, whose summer home is here in town, and we’ve grown from there.”

The restaurant now has 12 locations in Florida, soon to be 13 (at University Town Center, on the Sarasota/Manatee County line), one in Noblesville, Indiana and one in Dearborn, Michigan, less than a mile from the Henry Ford Museum. Ford’s Garages are themed like a 1920s service station, complete with vintage Ford vehicles, gas pumps and fixtures. The bars feature prohibition-style elements of old brick, rich wood and a hand-hammered copper bar top and the theme even carries through to items like garage towels wrapped in hose clamps, used as napkins and napkin rings.

Originally, the restaurant was not affiliated with the Ford car’s name, but Rassoull said that around 2014, the Ford Motor Company came calling.

“A lot of Ford executives have second homes in Naples, and they got exposed to our restaurants,” he said. “Now we are officially licensed by the Ford Motor Company, and they’ve been an amazing partner. In this restaurant, we honor the innovation part of Ford and we’re trying to live up to Henry Ford’s legacy.”

Ford’s Garage is primarily a gourmet burger bar, serving up 12 of the finest varieties of Black Angus beef, turkey, chicken and vegetarian products topped with all-natural aged cheeses and gourmet toppings. They also specialize in popular American comfort food entrees such as homemade meatloaf, chili and macaroni and cheese.

“We do a limited edition menu three times a year — one in the fall, one in spring and generally, one in summer,” Rassoull said. “So right now, for fall, we have corn fritters, blackened salmon, spicy kobe burgers and Ford’s filets, as well as some special frozen drinks. People are really loving the spiked lemonade and margaritas.”

You can even see the Ford’s branding on top of the burger buns, where the iconic logo is imprinted, and the signature appetizer, the tower of onions, is actually served in an oil funnel.

Young people and those who are young at heart will get a kick out of the vintage 1920s Model A up on a garage hydraulic lift above the bar. If you ask nicely, you can go behind the bar and honk the car’s horn, and see “smoke” coming out of the exhaust pipe.

For the Ford’s Garage staff, it’s all about creating a special experience for the customer.

“We’re a family restaurant who always wants to be able to say ‘Yes’ to the guest,” Rassoull said. “These days, everybody has a choice of where they want to go spend their money, but we feel like we’re giving them a choice of something different. We also have something for everyone, because as we always say, ‘At a Ford’s Garage, nobody gets left out at the table.’”