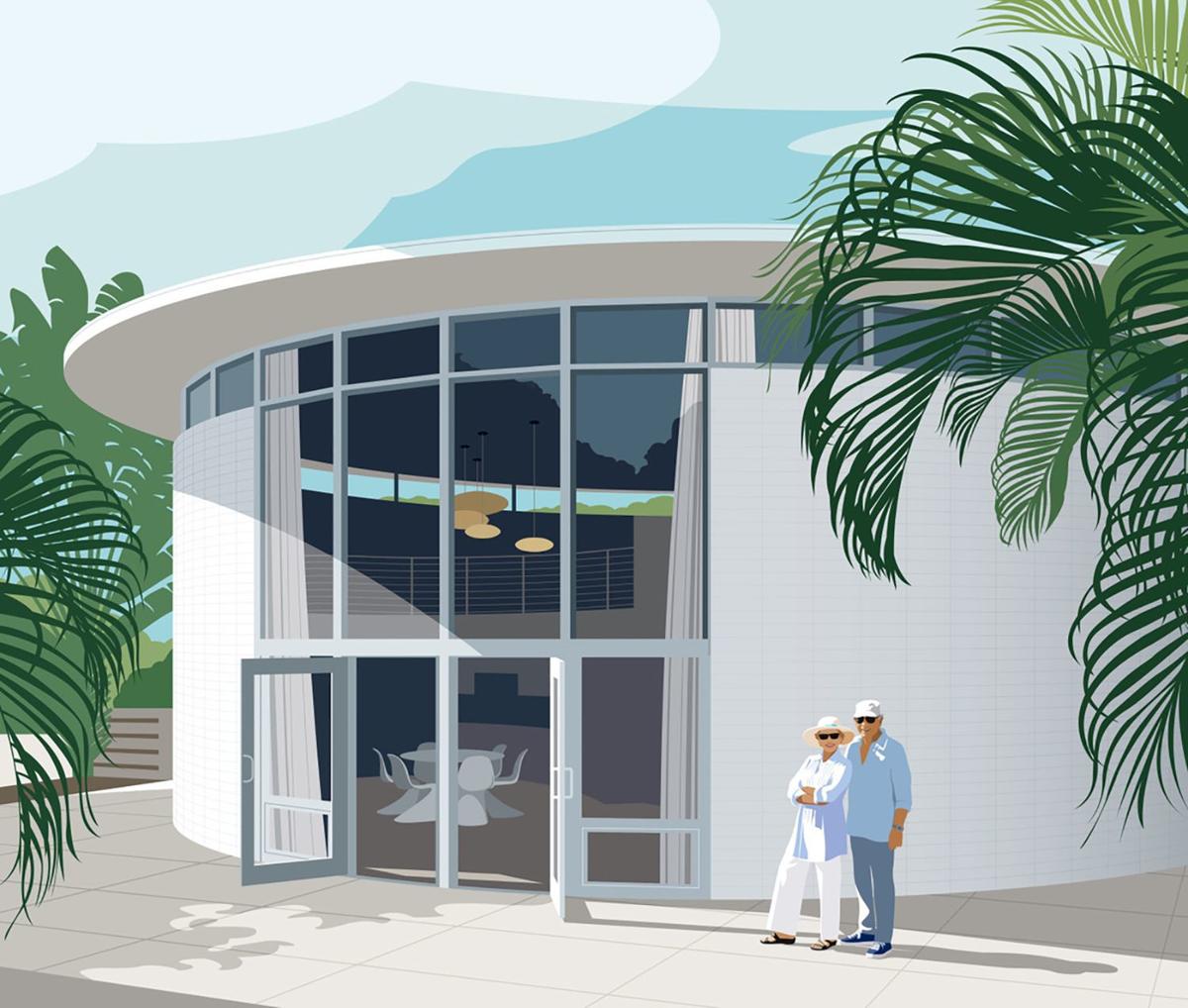 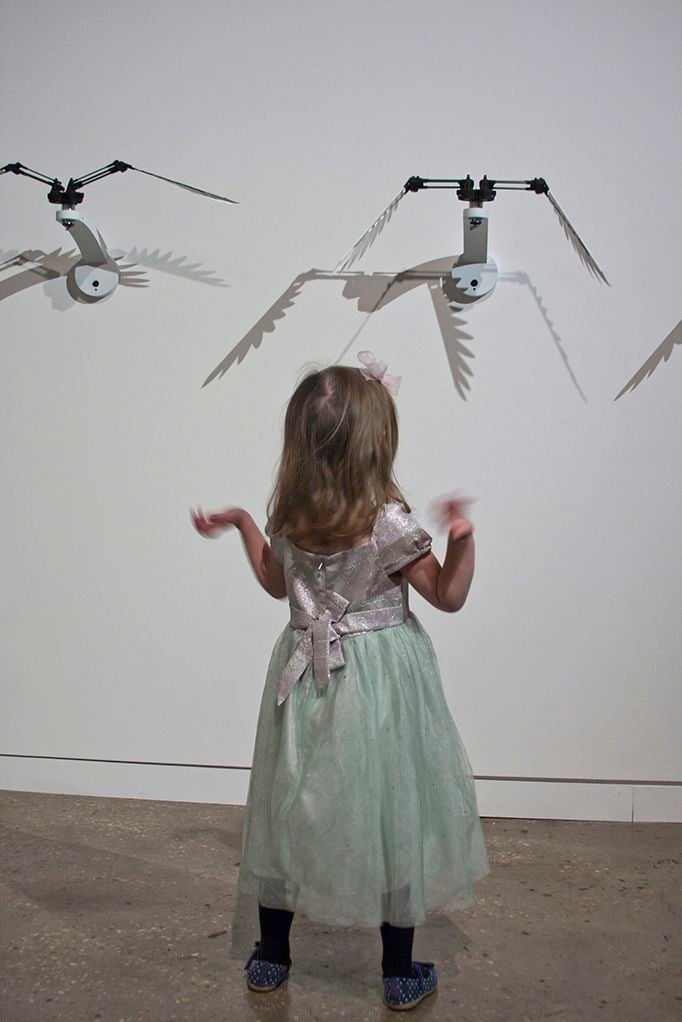 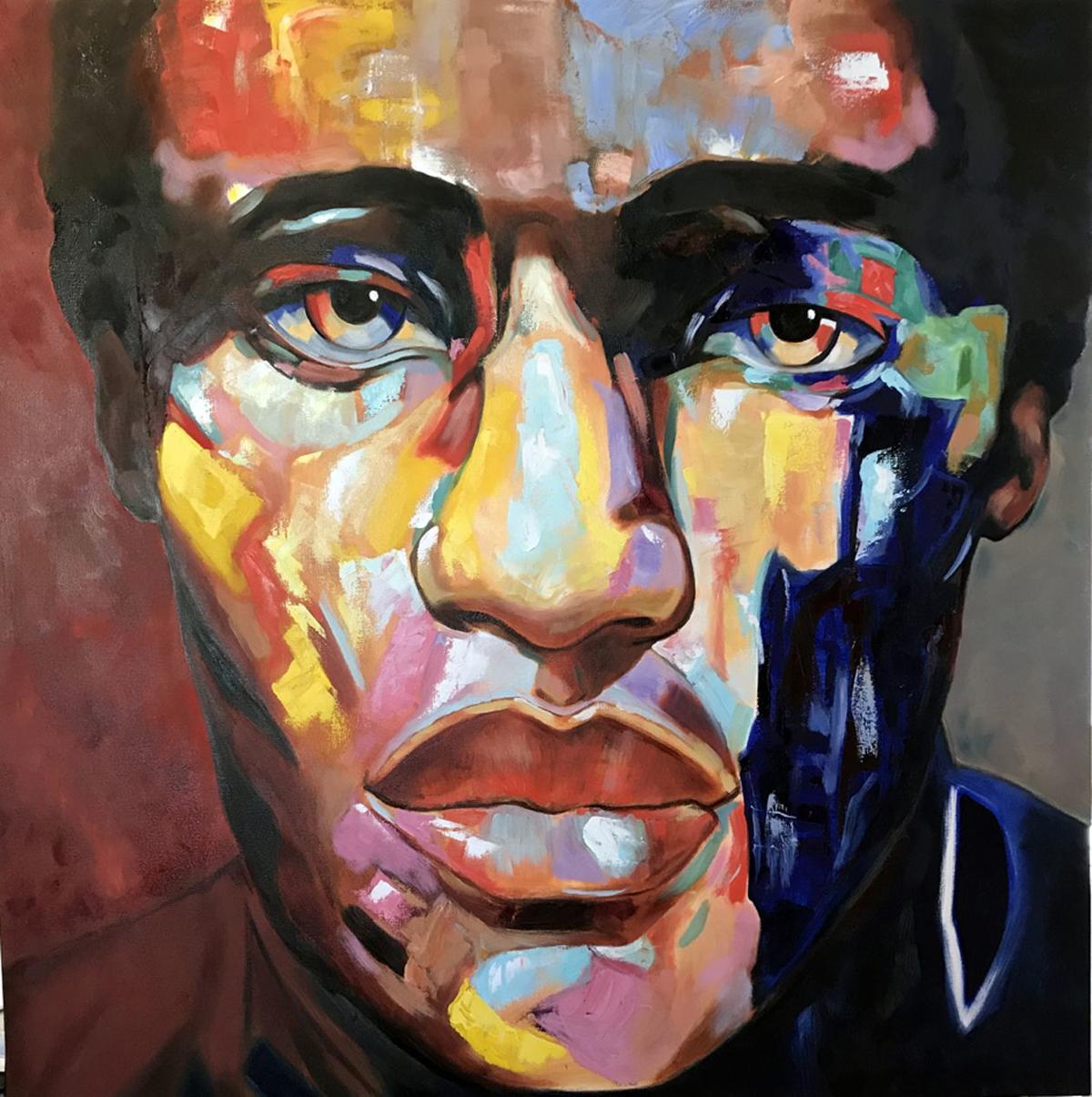 "Picture of a Man" by Todd Berrien 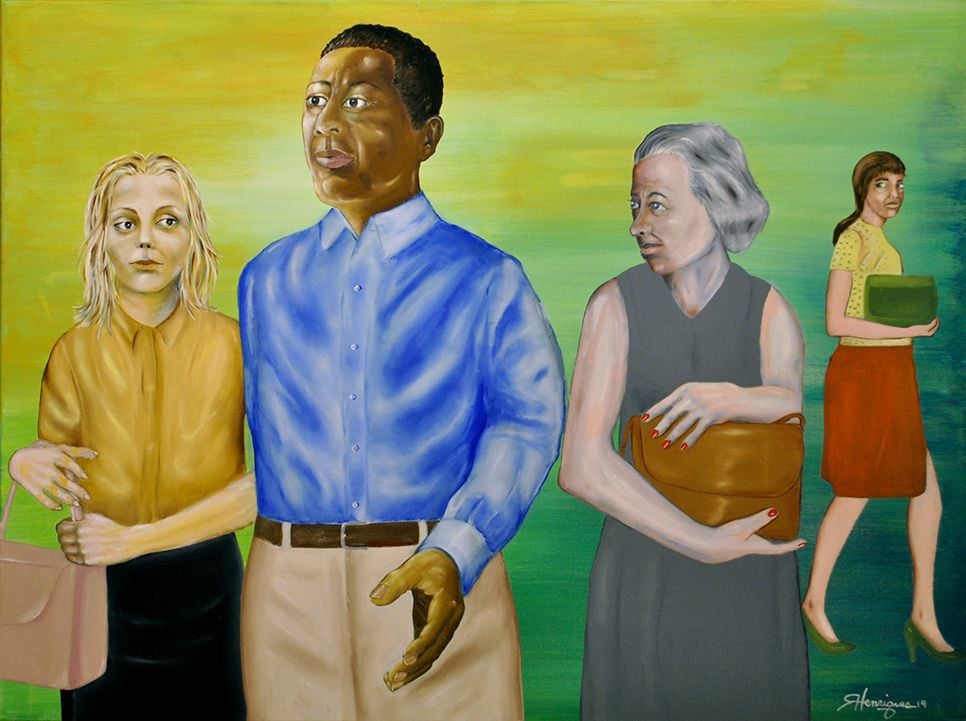 "Picture of a Man" by Todd Berrien

“Incandescence,” in Gallery One, features a solo show by New College faculty member, Kim Anderson, who weaves fantastical painted mythologies from the carnivalesque magic of stereoscopy and found vintage photographs.

“Interplay,” in Gallery Two, features work by New College faculty member, Ryan Buyssens, who explores the interactivity of kinematic objects and environments in order to create new experiences for participants.

“ASALH: Black Muse 2020,” in Gallery Three, is an annual collaboration with the Manasota branch of the Association for the Study of African American Life and History, which recognizes African American artists and craftspeople of Sarasota and Manatee counties.

“Eye Candy,” in Gallery Four, is an exhibition of works in all media juried by Kim Anderson and Ryan Buyssens.

With a fascination for 19th-century cinematic antecedents contrasted against present screen obsessions, Anderson weaves fantastical painted mythologies from the carnivalesque magic of stereoscopy and found vintage photographs. In “Incandescence,” the two-dimensional world of painting is transformed into a series of virtual dioramas inspired by Charles Wheatstone’s 19th-century mirror stereoscope. The audience is invited to participate as voyeurs of these painted snapshots, experiencing the work through handcrafted stereo viewers. “Contrasting 19th-century cinematic antecedents against our present screen obsessions, a fictional world is reimagined from a collection of found vernacular photographs in an attempt to reconcile various modes of looking as we navigate the changing landscape between our analog and digital worlds,” says Anderson. Anderson, an associate professor of art at New College of Florida, divides her time between Bradenton and Berkeley, California.

Buyssens, a professor of art at New College of Florida, was born and raised near Detroit, an environment that he says, “imparted a rich, lifelong influence from the automotive industry’s mechanized culture.” As an artist, inventor and maker of kinetic esoterica, Buyssens explores the interactivity of objects and environments in order to create new experiences for participants. “I prefer to explore the ‘what if’ in the evolution of technology,” he says. “As I seek out a departure from the logical path of invention, I use it as a branch that sprouts new possibilities. My work becomes a comment on logic and progress.” In “interplay,” Buyssens combines motion design, mechanical engineering and fine art aesthetics to create work that fluctuates based on audience interaction.

“ASALH: Black Muse 2020” is a group exhibit of the member artists of the Association for the Study of African-American Life and History. Art Center Sarasota hosts this annual exhibition to showcase work by regional artists and craftspeople inspired by African-American life and history. This exhibition is juried by Michele Parchment and Dan Denton and curated by Michele des Verney Redwine and Paul Toliver. The exhibit offers an opportunity for visitors to see highly skilled contemporary artists who depict lives, struggles and celebrations of their experiences in their work. Several of the artists will speak about their work in a free public event at 6 p.m. Feb. 3.

A special one-week “pop-up” exhibition of work by Tom Stephens and John Pirman will be on view March 9-14. A free opening reception for both artists is from 5 p.m. to 7 p.m. March 9. Stephens will unveil new paintings that reflect the environmental effects of Sarasota’s surge in downtown construction. Stephens, who has spent the majority of his life fishing off the west coast of Florida, now depicts the once limitless coastline with the forceful vertical lines of condominium towers. Pirman, an illustrator best known in Sarasota for his back page illustrations in Sarasota Magazine, branches out and reveals his personable, humorous side. Pirman will exhibit a new series of quirky and light-hearted Sarasota portraits. The new work describes his contemporary Sarasota experience, including tourists kissing under “Unconditional Surrender” and a friendly face driving past on the Ringling Causeway.