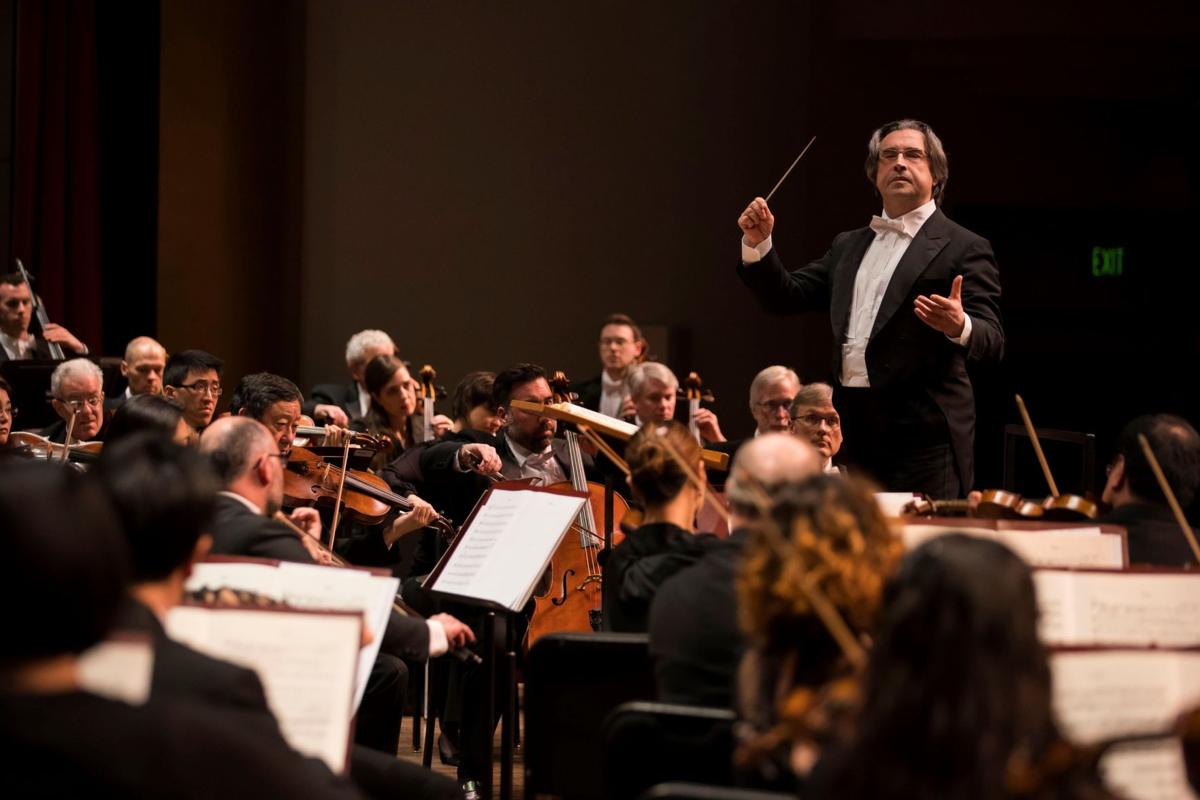 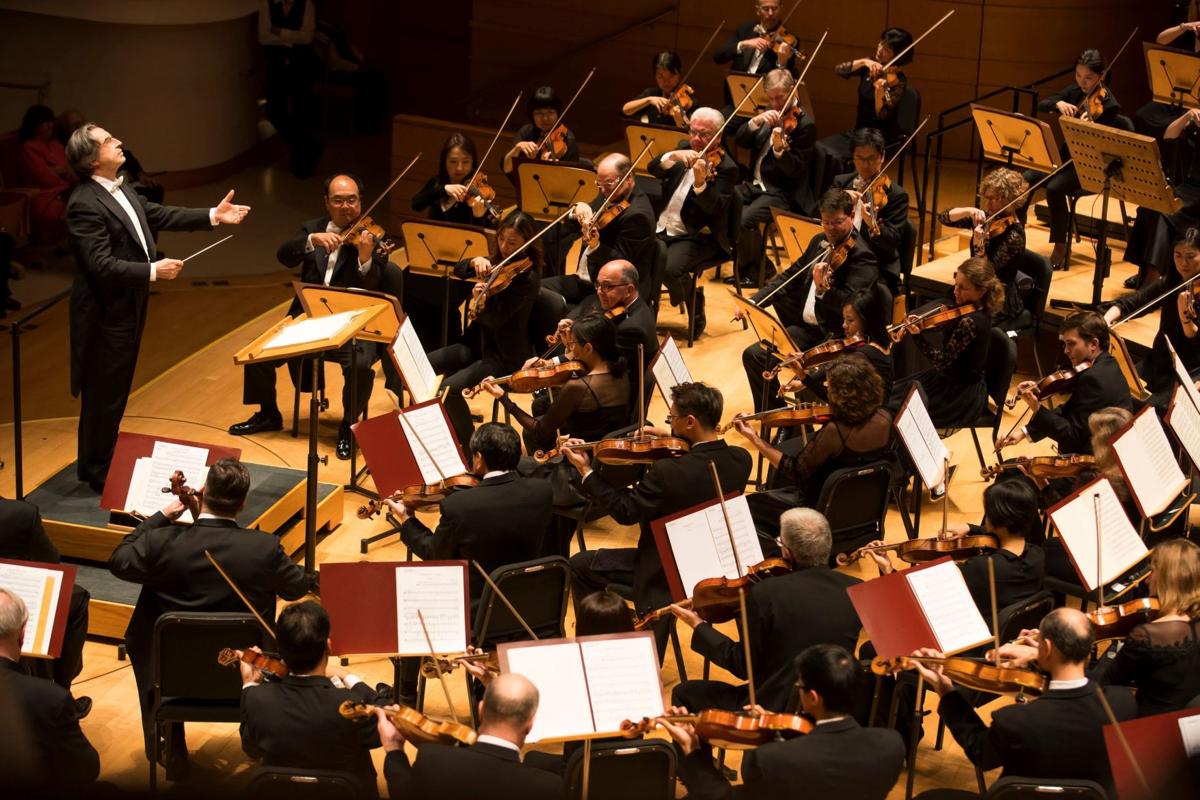 Now celebrating its 129th season, the Chicago Symphony Orchestra is consistently hailed as one of the world’s leading orchestras.

Now celebrating its 129th season, the Chicago Symphony Orchestra is consistently hailed as one of the world’s leading orchestras.

The Sarasota Concert Association is celebrating its 75th anniversary with a lineup of world-renowned classical artists and ensembles. Its 2020 Great Performers Series season continues Feb. 12, at the Van Wezel Performing Arts Hall, with the acclaimed Chicago Symphony Orchestra led by Riccardo Muti. The program features Prokofiev’s Suite from “Romeo and Juliet” and the “Symphony No. 3 in C Minor, Op. 44.”

“The Chicago Symphony Orchestra does not come our way every day,” says Joy McIntyre, SCA’s board president. “They last appeared in Sarasota 13 years ago. Now, under the direction of Riccardo Muti, Sarasota audiences will have the rare opportunity of experiencing a new, magnificent era of music-making by this extraordinary orchestra. And, to make it even more memorable, 2020 marks the 50th anniversary season of the conducting career of Riccardo Muti and the 75th anniversary of SCA.”

Now celebrating its 129th season, the Chicago Symphony Orchestra is consistently hailed as one of the world’s leading orchestras. In September 2010, renowned Italian conductor Riccardo Muti became its tenth music director. His vision for the Orchestra — to deepen its engagement with the Chicago community, to nurture its legacy while supporting a new generation of musicians, and to collaborate with visionary artists — signals a new era for the institution. The musicians of the CSO command a vast repertoire and annually perform more than 150 concerts, most at Symphony Center in Chicago and since 1936 at the Ravinia Festival in the summer. The CSO also tours nationally and internationally. Since its first tour to Canada in 1892, the Orchestra has performed in 29 countries on five continents in 62 international tours. Annually, the CSO engages more than 200,000 people of diverse ages, incomes, and backgrounds through the innovative programs of the Negaunee Music Institute at the CSO. The Institute also manages the Civic Orchestra of Chicago, the only pre-professional training ensemble of its kind affiliated with a major American orchestra.

Born in Naples, Italy, Riccardo Muti is one of the preeminent conductors of our day. In 2010, when he became the tenth music director of the Chicago Symphony Orchestra (CSO), he had more than 40 years of experience at the helm of Maggio Musicale Fiorentino (1968-1980), the Philharmonia Orchestra (1973– 1982), the Philadelphia Orchestra (1980–1992), and Teatro alla Scala (1986-2005). After he won the Guido Cantelli Conducting Competition in Milan in 1967, Muti’s career developed quickly. Herbert von Karajan invited him to conduct at the Salzburg Festival in Austria in 1971, and Muti has maintained a close relationship with the summer festival and with its great orchestra, the Vienna Philharmonic, for more than 45 years. He has received the distinguished Golden Ring and the Otto Nicolai Gold Medal from the Philharmonic for his outstanding artistic contributions to the orchestra. He also is a recipient of a silver medal from the Salzburg Mozarteum and the Golden Johann Strauss Award by the Johann Strauss Society of Vienna. He is an honorary member of Vienna’s Gesellschaft der Musikfreunde, the Vienna Hofmusikkapelle, the Vienna Philharmonic, and the Vienna State Opera. Passionate about teaching young musicians, Muti founded the Luigi Cherubini Youth Orchestra in 2004 and the Riccardo Muti Italian Opera Academy in 2015. Through Le vie dell’Amicizia (The roads of friendship), a project of the Ravenna Festival in Italy, he has conducted in many of the world’s most troubled areas in order to bring attention to civic and social issues.

Dedicated to transforming the orchestral experience and eliminating barriers between audiences and music, The Knights share the stage with one of the foremost violinists of our time, Gil Shaham. (Riverview Performing Arts Center).

Orion Weiss, acclaimed as “one of the most sought-after soloists of his generation,” joins forces with the Pacifica Quartet — an ensemble widely praised for its gripping interpretations of string quartet cycles. (Van Wezel Performing Arts Hall).

An offshoot of the Marlboro Festival created by Rudolf Serkin, the Musicians from Marlboro are acclaimed both for their joyous, thoroughly prepared performances and for fostering artists at the beginning of their careers — including such luminaries as Yefin Bronfman, Richard Goode and Richard Stoltzman. (Riverview Performing Arts Center).