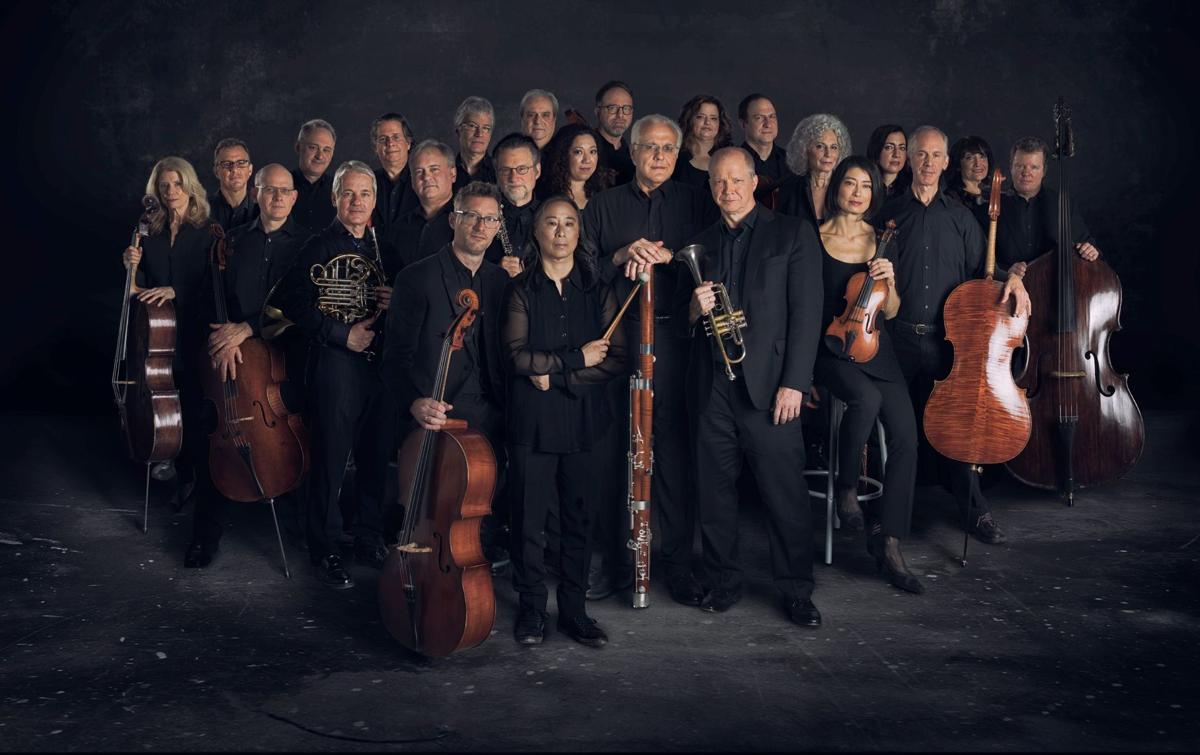 The Sarasota Concert Association is celebrating its 75th anniversary with a lineup of world-renowned classical artists and ensembles. Its 2020 Great Performers Series season continues on Jan. 29 with the Orpheus Chamber Orchestra. 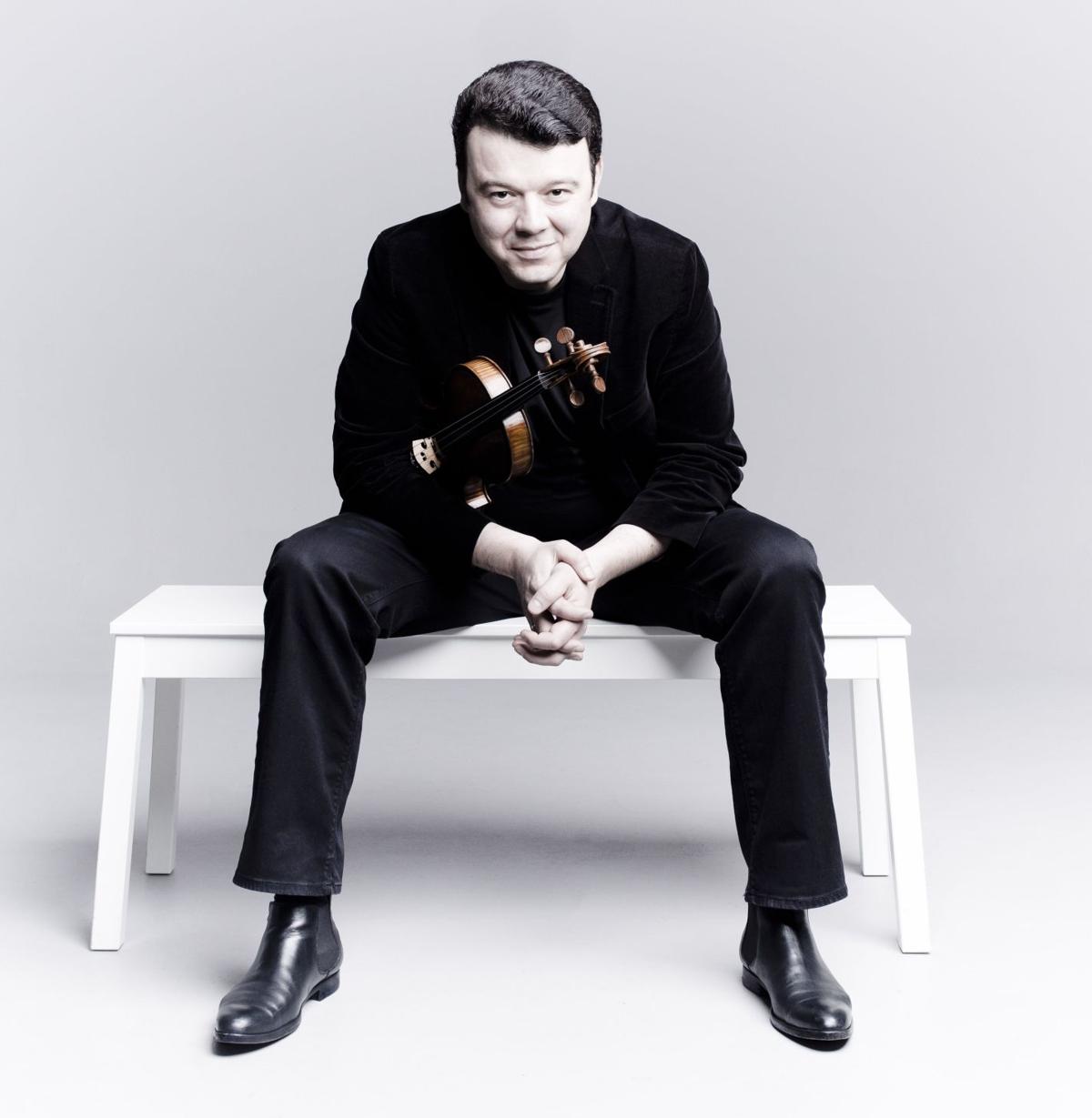 The Sarasota Concert Association is celebrating its 75th anniversary with a lineup of world-renowned classical artists and ensembles. Its 2020 Great Performers Series season continues on Jan. 29 with the Orpheus Chamber Orchestra.

The Sarasota Concert Association is celebrating its 75th anniversary with a lineup of world-renowned classical artists and ensembles. Its 2020 Great Performers Series season continues on Jan. 29 with the Orpheus Chamber Orchestra. The program features Tchaikovsky’s “The Seasons, Op. 37a” and Vivaldi’s “The Four Seasons, Op. 8, nos. 1-4.” The acclaimed Israeli violinist Vadim Gluzman will perform during the second set.

“Orpheus Chamber Orchestra brings to the stage two disparate works connected by a common thread: both works provide colorful, programmatic depictions of the seasons,” says Charles Turon Ph.D. Turon, a pianist, educator and recently retired professor of piano, music theory and music history at State College of Florida, explains that the better known of these works, Vivaldi’s The Four Seasons, comprises the second half. “Although these beloved concertos are perennial audience favorites, hearing all four of them played on the same program is a special treat, especially when the soloist is as highly acclaimed as Vadim Gluzman,” says Turon.

“Tchaikovsky’s The Seasons is best known as a set of 12 piano pieces, one for each month,” Turon adds. “Orpheus has engaged the talents of composer Jessie Montgomery and violinist/composer Jannina Norpoth to reimagine these little gems from the piano repertoire in a world premiere of their arrangement for chamber orchestra, evoking Tchaikovsky’s orchestration of The Nutcracker as inspiration.”

In 1972, a group of young artists made history by creating an orchestra without a conductor in which musicians led themselves democratically. Since then, the Grammy award-winning Orpheus Chamber Orchestra has recorded more than 70 albums on all major classical labels, toured to 46 countries across four continents, and collaborated with hundreds of world-class soloists. Orpheus’ 34 member musicians work together as a collective and rotate leadership roles for all works performed, giving flight to unconventional interpretations. Orpheus’ 2019-20 season opened with a new commission by the orchestra’s first-ever artistic partner, composer and violinist Jessie Montgomery. Orpheus’ 2019-20 touring schedule includes appearances in Europe, Canada, and across the United States. In March, Orpheus will perform at the SHIFT Festival of American Orchestras at the Kennedy Center in Washington, DC, in “A Harlem Dream,” an original collaboration with the Classical Theatre of Harlem.

Universally recognized among today’s top performing artists, Gluzman brings to life the glorious violinistic tradition of the 19th and 20th centuries. Gluzman’s wide repertoire embraces new music and his performances are heard around the world through live broadcasts and a striking catalogue of award-winning recordings exclusively for the BIS label. The Israeli violinist serves as Distinguished Artist in Residence at the Peabody Conservatory in Baltimore and teaches at the Keshet Eilon International Music Center in Israel. He performs on the legendary 1690 ex-Leopold Auer Stradivari on extended loan to him through the generosity of the Stradivari Society of Chicago.

Led by the preeminent conductor Riccardo Muti, the Chicago Symphony Orchestra has been recognized as “one the five top orchestras in the world” by Gramophone magazine. (At Van Wezel Performing Arts Hall).

Dedicated to transforming the orchestral experience and eliminating barriers between audiences and music, The Knights share the stage with one of the foremost violinists of our time, Gil Shaham. (At Riverview Performing Arts Center).

Orion Weiss, acclaimed as “one of the most sought-after soloists of his generation,” joins forces with the Pacifica Quartet—an ensemble widely praised for its gripping interpretations of string quartet cycles. (At Van Wezel Performing Arts Hall).

An offshoot of the Marlboro Festival created by Rudolf Serkin, the Musicians from Marlboro are acclaimed both for their joyous, thoroughly prepared performances and for fostering artists at the beginning of their careers—including such luminaries as Yefin Bronfman, Richard Goode, and Richard Stoltzman. (At Riverview Performing Arts Center).