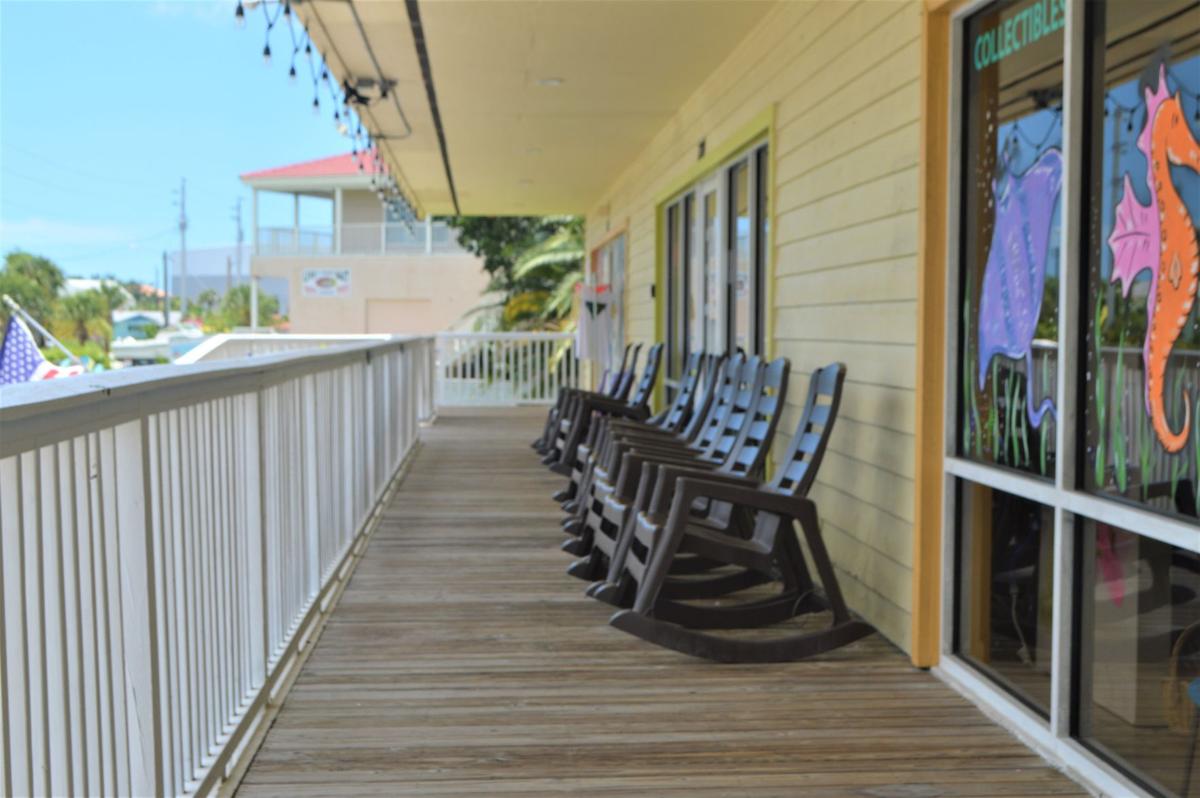 The rocking chairs in front of Sweet Melissa’s Ice Cream are great spots to have a cone and take a look at the waters of Lyons Bay across the street. 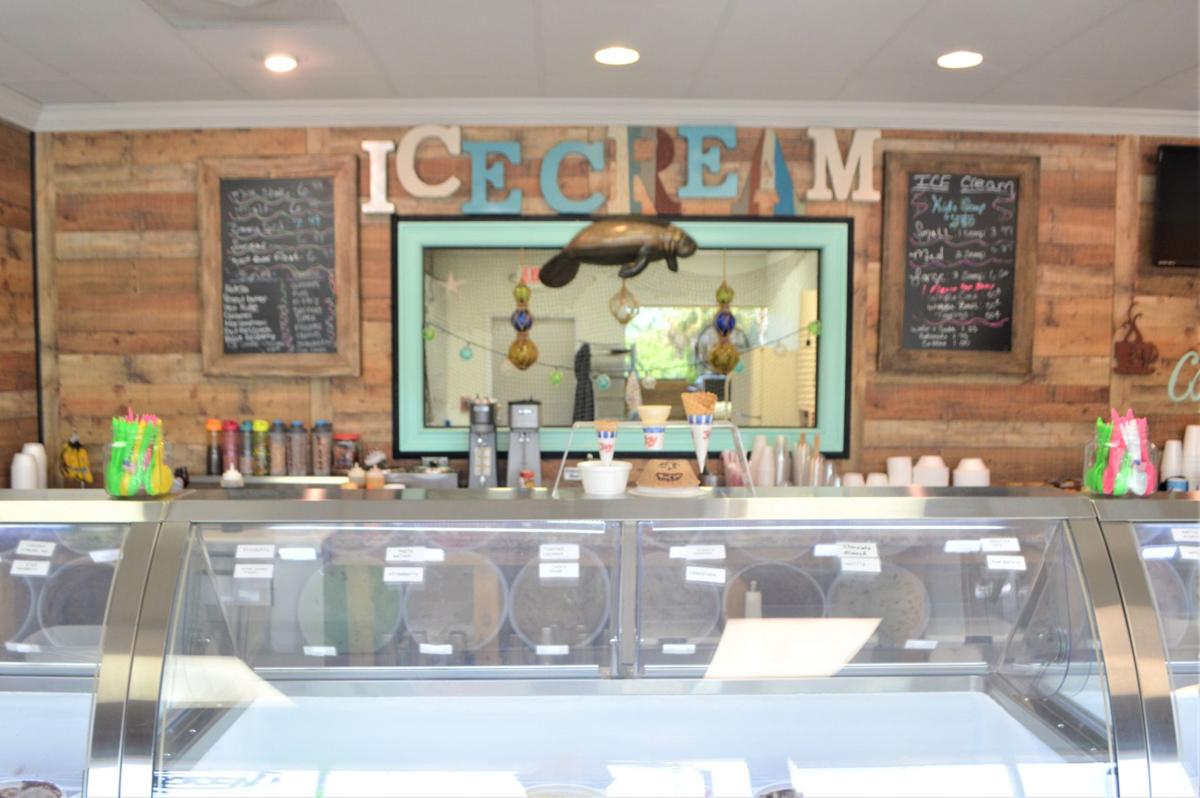 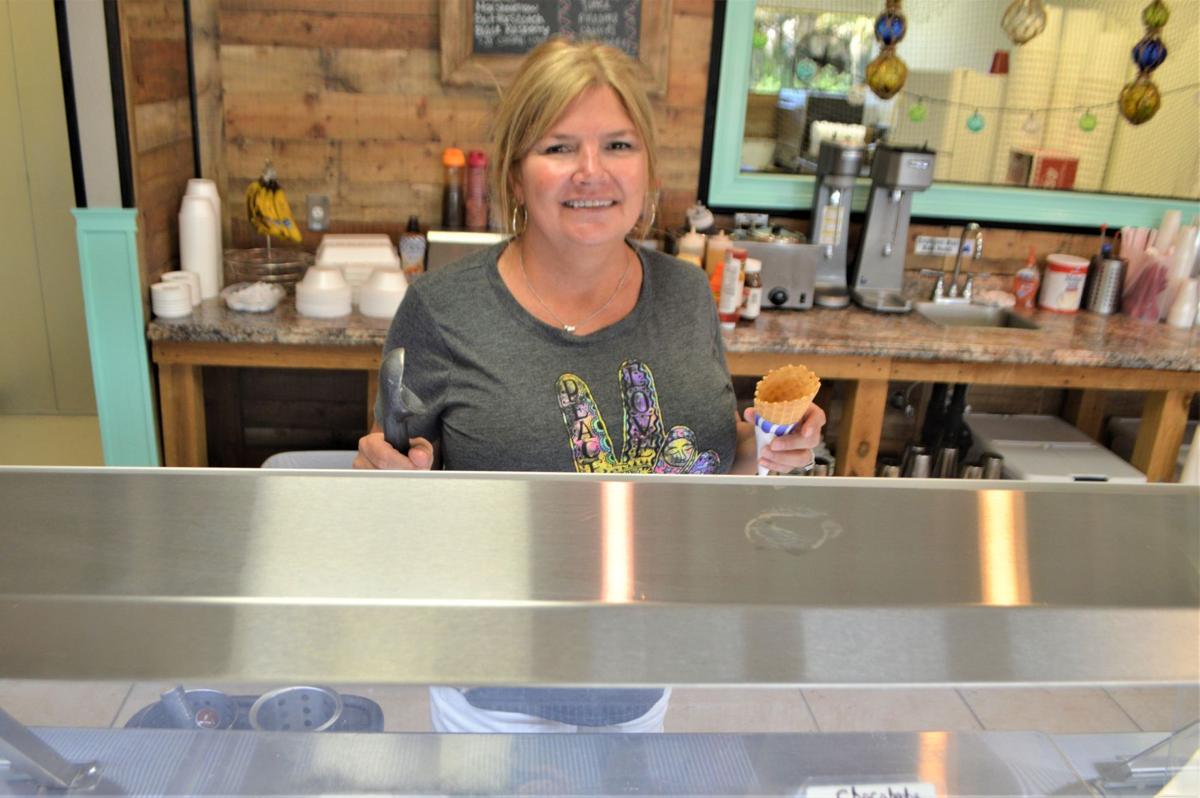 The rocking chairs in front of Sweet Melissa’s Ice Cream are great spots to have a cone and take a look at the waters of Lyons Bay across the street.

Melissa and Bobby Smith were perfectly content having sold their BP station/convenience store in Myakka City in 2013 and living out their retirement there — at least for a little while.

But Melissa said it wasn’t long before Bobby became a bit restless.

“He got bored and took a job driving a school bus for Sarasota County,” she said. “So I took a job working with Le Macaron French Pastries, in Sarasota.”

As it turns out, driving a school bus doesn’t take up enough time in the day, so between his shifts, Bobby would leave from the Sarasota County School District’s bus depot in Osprey and go drive around Osprey and Nokomis in his car looking at houses, because he and Melissa had already discussed moving there. Eventually he happened upon Bentley’s Ice Cream in Nokomis, and struck up a friendship with the owner. Soon afterwards, he started helping out in the shop and making ice cream.

When the owner decided to retire two years ago, Bobby was there to take over the lease.

“Like I said, my husband likes to stay busy,” Melissa said. “When we took it over, we changed the name and then shut it down for a month to remodel the place.”

Sweet Melissa’s Ice Cream, which is in a strip plaza on Albee Road, on the way to Nokomis Beach, has an old-school beach town vibe, with washed wood walls and wainscoting, island-style wicker and brass café tables and channel marker letters on the wall.

And just like any great ice cream shop, they have a lot of flavors to choose from — more than 40 at all times. Melissa said that of her regular flavors, Plantation Praline and Toasted Coconut are probably the most popular.

“Then we also have Italian ices for those who are lactose-intolerant and gluten-free cones, for people who are allergic to gluten,” she said. “We also do milkshakes, malts, floats, sundaes and banana splits. Our ice cream has high fat content, and it’s very good.”

Through the end of September, Sweet Melissa’s is running a special discount on their delicious frozen treats. With every adult scoop of ice cream you buy, you can get one kids’ scoop for free. At no extra charge, you can take your ice cream outside the front door of the shop and eat it while sitting in rocking chairs and looking out at Lyons Bay, which is just across the street. Just a perfect way to spend a Summer afternoon on the Suncoast.

Information: It’s open every day, from 1 to 9 p.m. For more information, visit the Facebook page at https://www.facebook.com/SweetMelissasNokomis/ or call 941-220-7651.